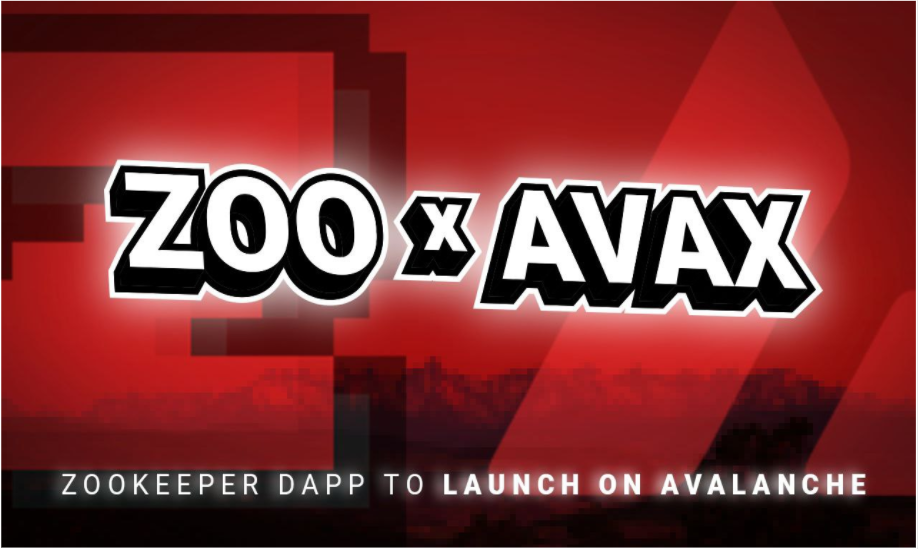 ZooKeeper is delighted to announce that its dApp is officially coming to the Avalanche network. ZooKeeper is the popular yield-farming dApp of the ZooEcosystem and will go live on Avalanche on the 3rd of April. Farming has been scheduled to begin later on the 13th of April to allow new users time to familiarize themselves with the platform.

ZooEcosystem is a blockchain gaming-oriented ecosystem with a multi-chain focus and a strong cross-community spirit. The ecosystem provides numerous unique benefits, such as:

ZooKeeper was created in order to fuel the ZooEcosystem with liquidity. It is an innovative dApp that uses ZooNFTs to boost liquidity mining. Users have access to these NFTs which have a real use case – enhancing LP farming, on top of their inherent trading possibilities.

On ZooKeeper, users can make use of $ZOO tokens in many ways such as farming (The Zoo), staking for NFTs (The Expedition), in the creation of more powerful NFTs (Crafting), or making use of them in trading NFTs (The Market). Expedition and Crafting are currently only live on Wanchain and will be integrated soon after farming on AVAX.

What Avalanche Means for ZooKeeper

Expanding ZooKeeper to Avalanche chain will provide an opportunity for new users to join the ZooEcosystem and give them access to $ZOO tokens. It will also allow users to take advantage of both networks and cross-chain their ZooNFTs (via the ZooNFT bridge). Users can also cross-chain their $ZOO tokens, using the new wrapped vZOO token, which is used as follows:

With the deployment of ZooKeeper on Avalanche, the $ZOO token has become available for purchase on several additional decentralized exchanges (Trader Joe, Pangolin).

The ZooKeeper launch on Avalanche network represents a new milestone achievement for the ZooEcosystem team and opens the door to a lot of exciting opportunities for both new and existing members of the ecosystem. To learn more, check out the ZooKeeper dApp here.

Flickto harnesses the power of Web 3.0 to return ownership to its community