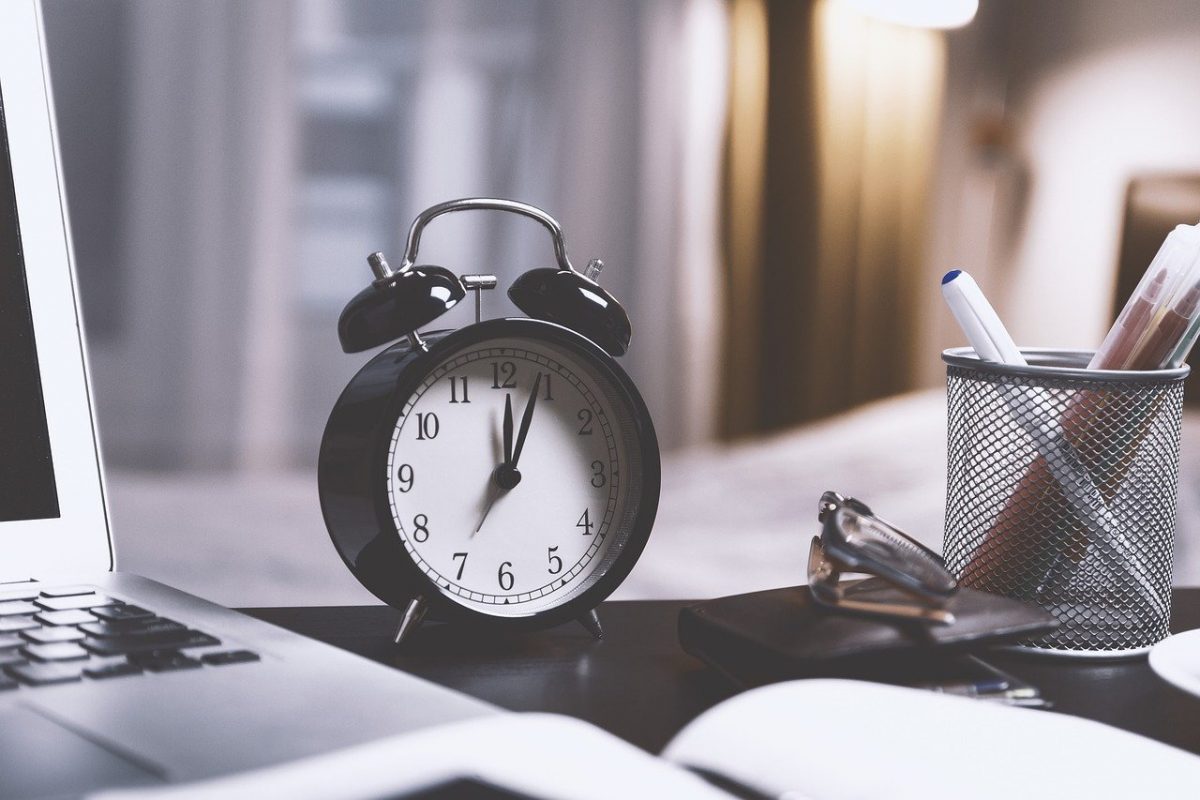 In a tweet dated 5 October, LunarCrush disclosed that 1Inch’s social engagements measured daily hit 33.23M. This level represented a new high point over the last three months. 1Inch is a decentralized exchange aggregator and also has a token, so what could be responsible for the aforementioned spike?

It is clear that the relationship played a significant role in the uptick in social engagements, but did it have any effect on the 1Inch token price too?

How did the price react?

A daily timeframe support line was drawn at $0.541 and has shown no signs of being broken. Over the same time period, $0.676 acted as the barrier to the upward movement of the asset.

The Awesome Oscillator’s reading was well below zero, indicating a lack of activity. Combined with the asset’s low trading volume, this reflected a weak bear trend. The volume indicator and the On Balance Volume, both of which showed no spike and almost flat lines, confirmed low trade activity.

The Relative Strength Index (RSI) line dipped just below the neutral line and also indicated a downward inflection. In addition to confirming the existence of a bear trend, this seemed to suggest that the trend could persist. The signal line and the minus DI line on the Directional Movement Indicator (DMI) were both above 20 and provided further confirmation of the bear trend indicated by the RSI. 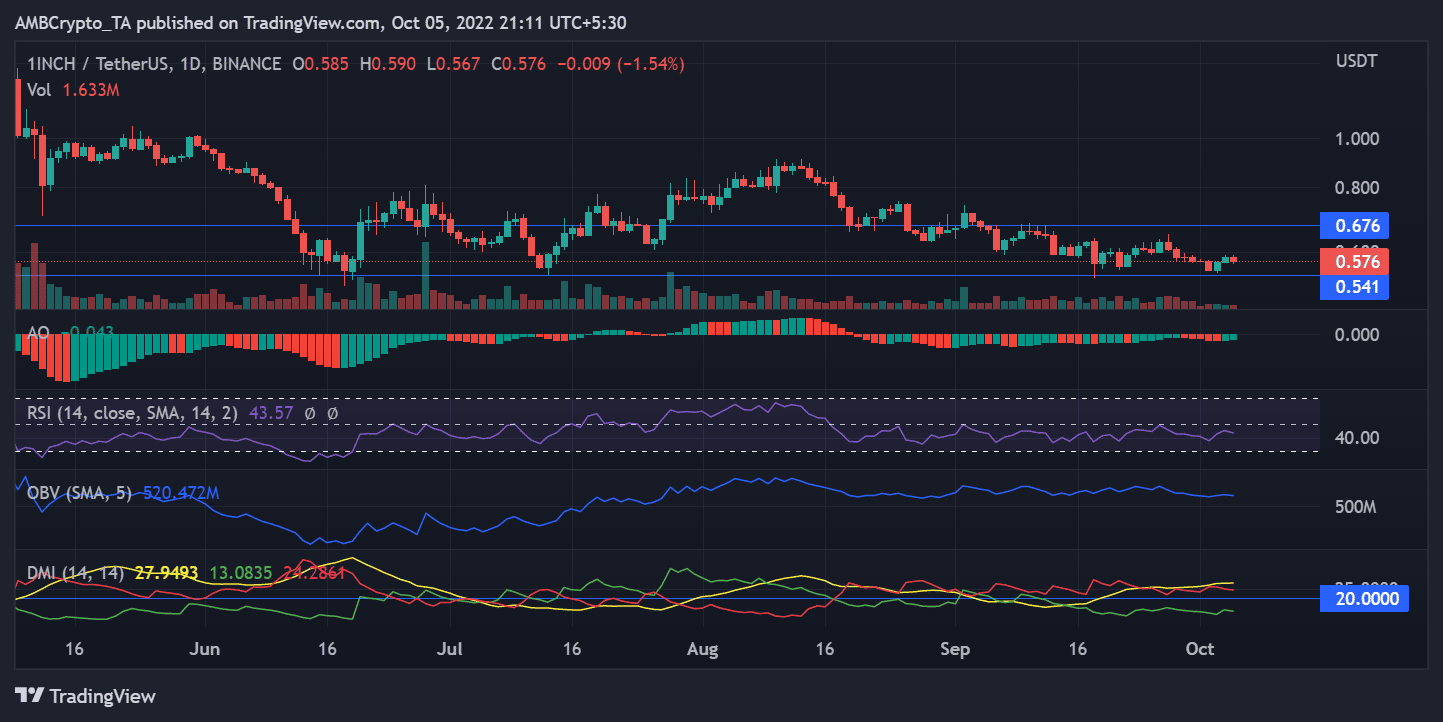 A look at the asset’s Market Value to Realized Value Ratio revealed that it was below valuation. In fact, it also revealed that holders would lose more than 6% of their investments if they liquidated the asset there.

1Inch had a development activity metric of 1.1. This is a sign of minimal developer activity and a hint that the network won’t soon be receiving any updates or new features.

1inch’s potential price movement in the near future tends to remain sideways. Since the bear market has been lingering for some time, 1inch does not appear to be immune to it. However, given that a future price hike has been projected, now would be the ideal time for investors interested in having a long position to invest.

Ethereum [ETH]: This is the silver lining to its post-Merge performance