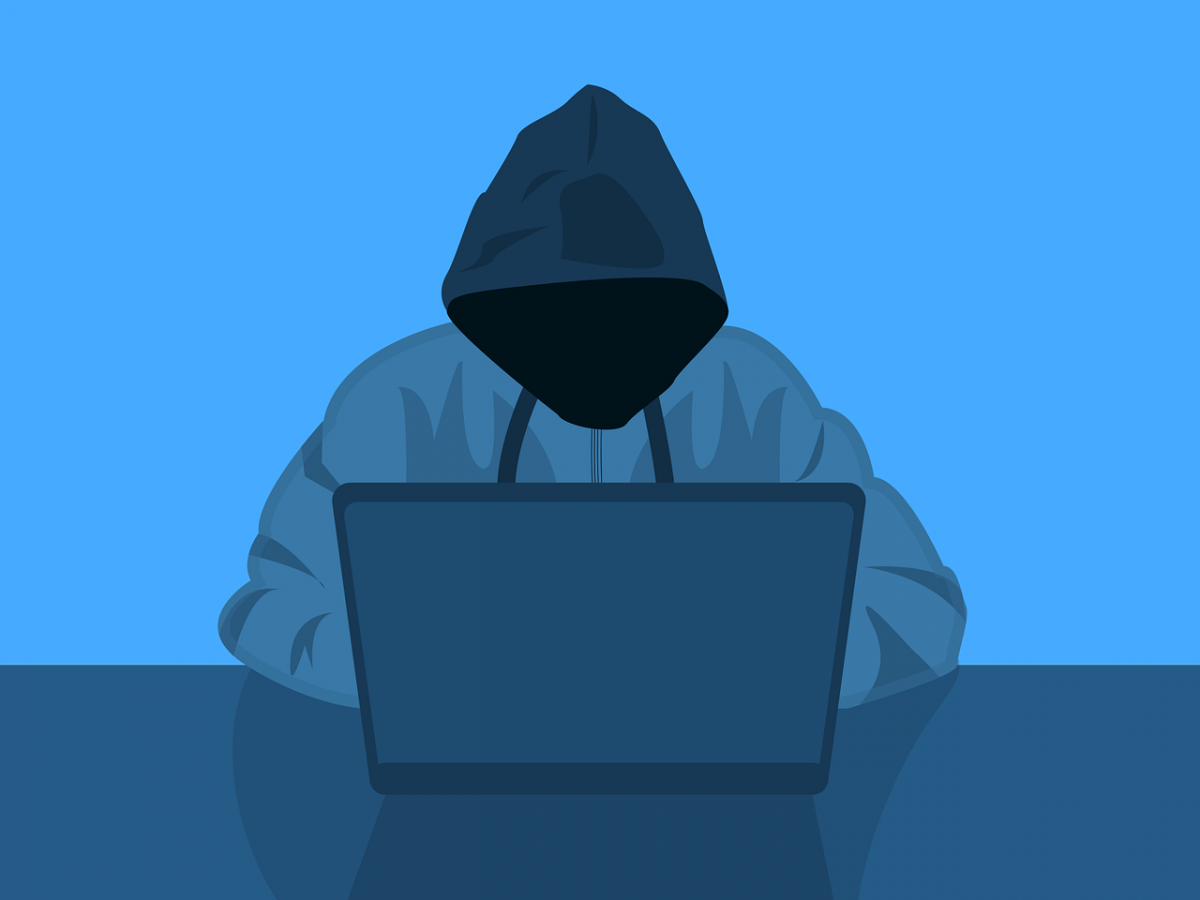 The cryptocurrency market has seen a host of notorious people trying to scam users, especially during a market-wide bull run. Now, while there has been a rise in such illicit activities, a new stream of fraud involving the cryptocurrency market has also emerged lately. Over the past year,  the decentralized finance ecosystem has seen a dramatic hike in illegal activities, with some analysts suggesting that 2021 may see more of it.

DeFi platforms are built on smart contract-enabled blockchain platforms like the Ethereum network. Since the whole system works without any human intervention, it appeals to people who value privacy, but also to criminals looking to launder tainted money.

2020 saw such ill-famed activities rise, with recent data from Chainalysis revealing that over $38 million worth of illicit crypto was moved through the DeFi space. 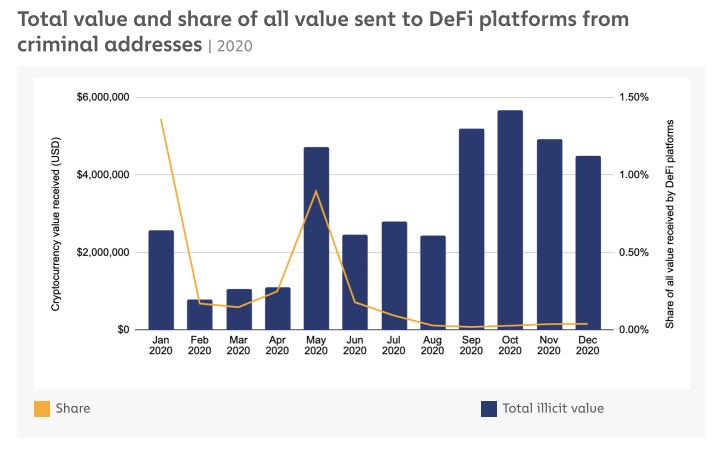 According to the attached chart, the total illicit value sent to DeFi surpassed $4 million in May 2020. While the figures for the same plateaued soon after, since the spot market pumped in September 2020, the movement of ill-gained funds into DeFi has remained consistently high.

A prime example of this was the KuCoin exchange hack that took place in September 2020. According to the report by Chainalysis, the cybercriminals were able to move substantial portions of the stolen $275 million in crypto to DeFi platforms. However, the creators of the platforms were able to take control soon after to freeze some of these transfers.

While a pumping market is a valid reason, what other reasons have contributed to DeFi being so popular in this respect? In the aforementioned crypto-crime report for 2021, Chainalysis argued,

“DeFi platforms such as decentralized exchanges have existed for years, but took off in 2020 due in large part to improvements in user interfaces, which made them much easier for relatively inexperienced cryptocurrency users. This in turn led to greater liquidity, which made DeFi platforms even more appealing, creating a flywheel effect that led to even more growth.”

“We expect those trends to continue in 2021, which will only make DeFi more attractive to criminals,” the report concluded.

2021 alone has seen quite a few incidents, with the DeFi protocols of Alpha Finance exploited in Flash loan attacks. This resulted in the loss of $38.5 million in funds. At the time, Alpha Finance claimed having “a prime suspect” in mind.

However, since the world of decentralized finance often works with no central party, it will be difficult to reverse the losses or even mitigate risks. With the overall value of the crypto-market growing every day, DeFi users may want to keep a check on the projects they are using.

Gene Simmons buys $300,000 worth of Cardano, cause ‘it’s cheaper than bitcoin’