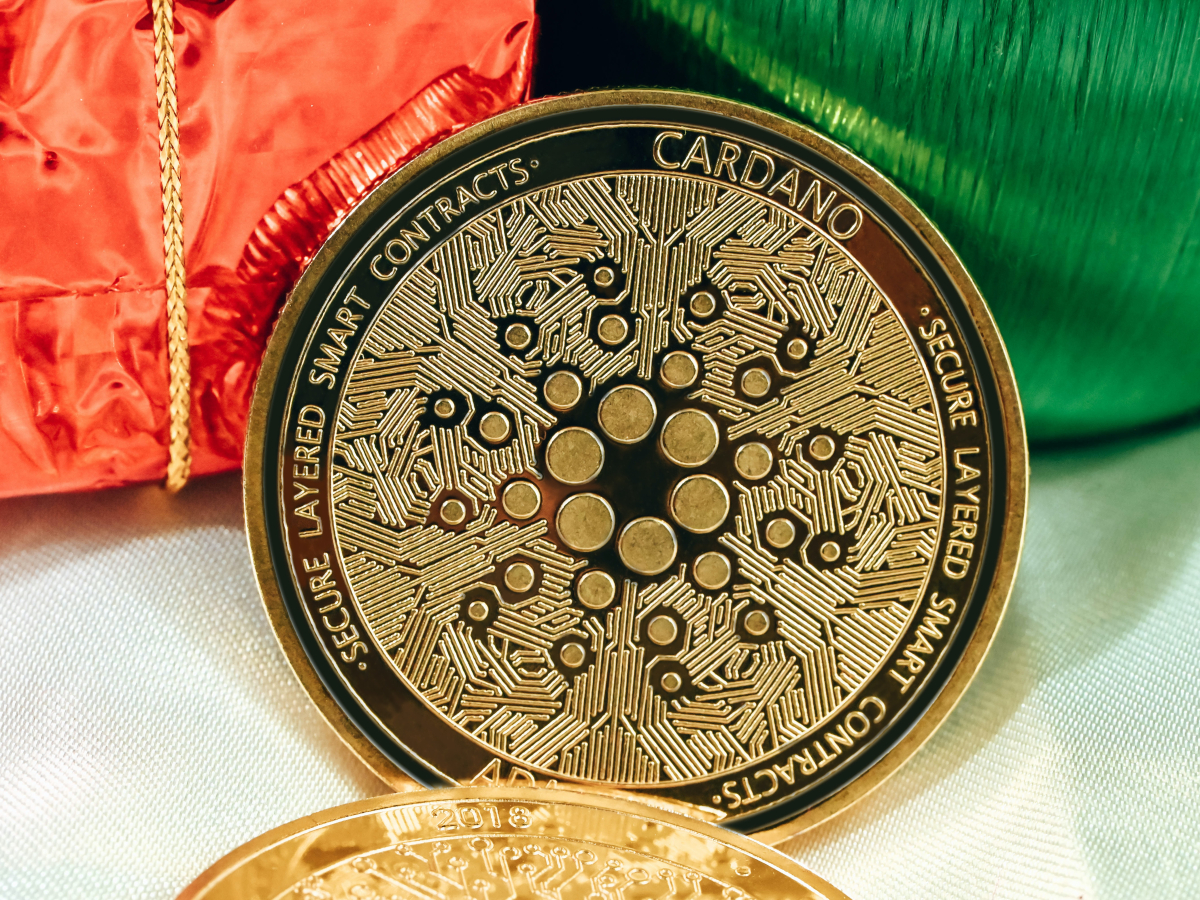 One of the most popular projects in the space, Cardano isn’t seeing great days of late. Not only has it managed to lose all its gained value right now, but more than 91% of its investors are also suffering terrible losses.

Cardano’s price was more influenced by the developments in the space than it was by the broader market cues. Charles Hoskinson and the Cardano community hyped the project up to the point where it seemed like Cardano might end up revolutionizing the industry.

Sadly as soon as the smart contracts were released on the network, the hype died.

The collapse that followed was nothing short of a catastrophe from an investor’s point of view. After touching the highs of $2.9, ADA began falling. It halted for a while around the $1 level, consolidating around $1.01 – $1.06, this is when people started calling it a stablecoin, but even that humor was short-lived.

Today, after a week of straight red candles, the altcoin fell to $0.836. The last time Cardano was at this price point was in February 2021. 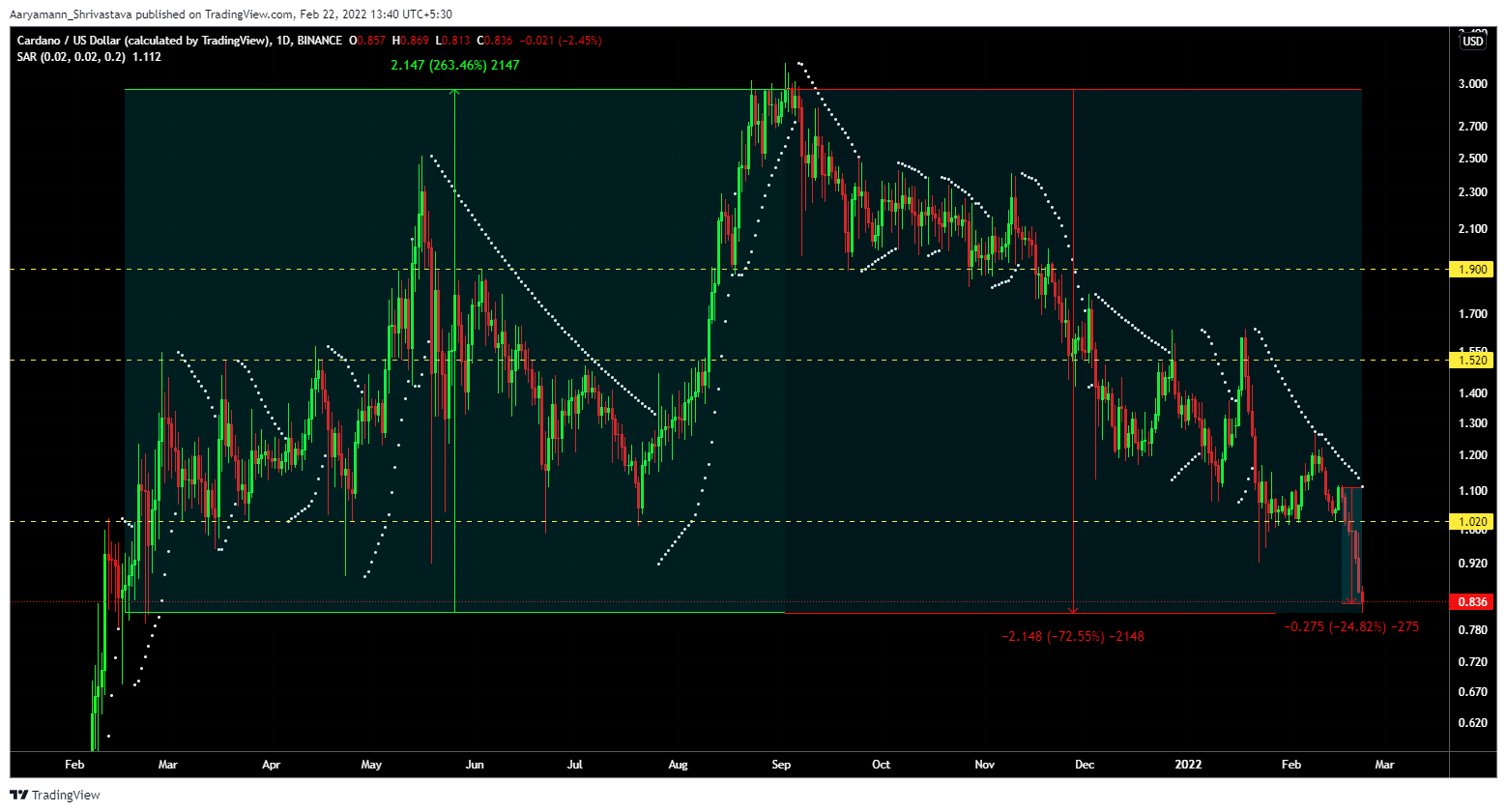 However, except for the price, nothing about the network is similar in the two periods. Back in February 2021, the “rally” put about 94% of its investors in profit, and just 1.04% of investors were in loss. Today 91% of investors are in losses, whereas only 7% are still in profit. 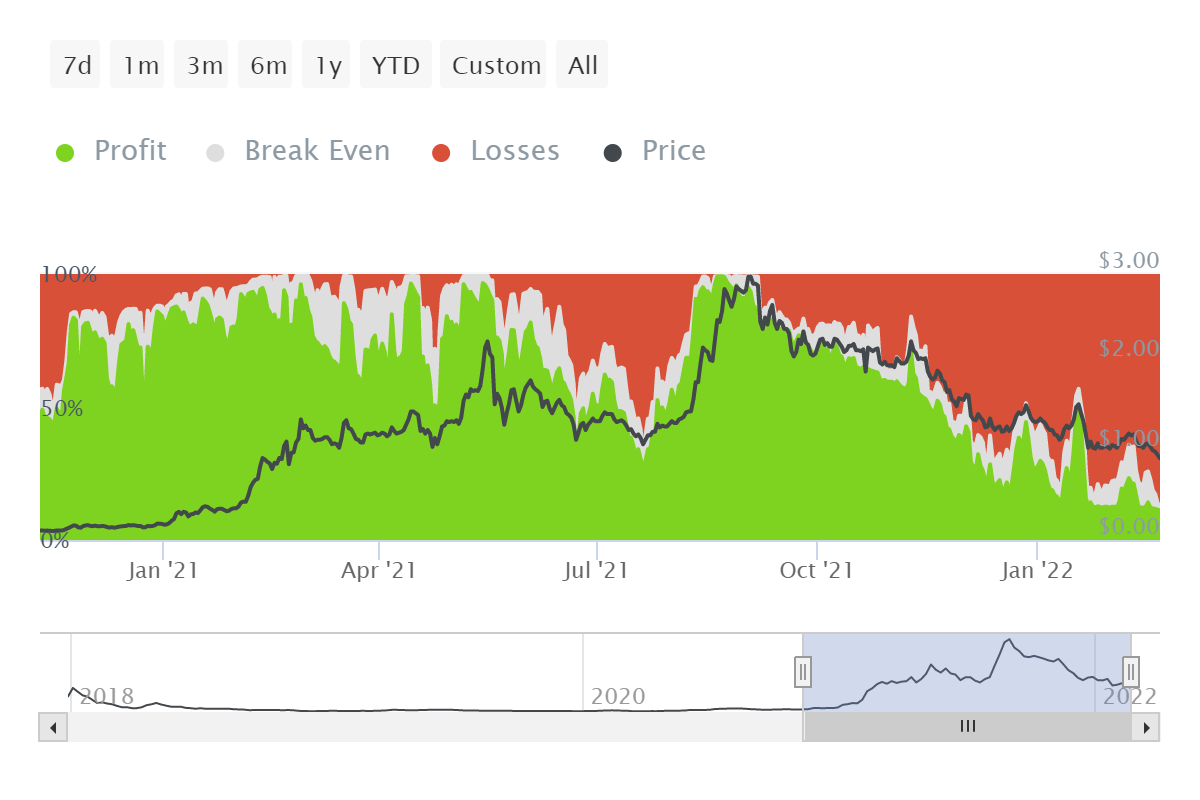 Secondly, the majority of the traded supply was in profit back then, with volumes touching 1 million ADA regularly. Today over 60k ADA are regularly in losses.

Furthermore, and definitely one of the most significant driving forces of the market – investor sentiment, which was euphoric at this time last year, is absolutely disenchanting at the moment.

The only winning factor it has is its 73% mid-term holders who have been HODLing since February 2021. These investors are supporting Cardano from free-falling into the abyss. 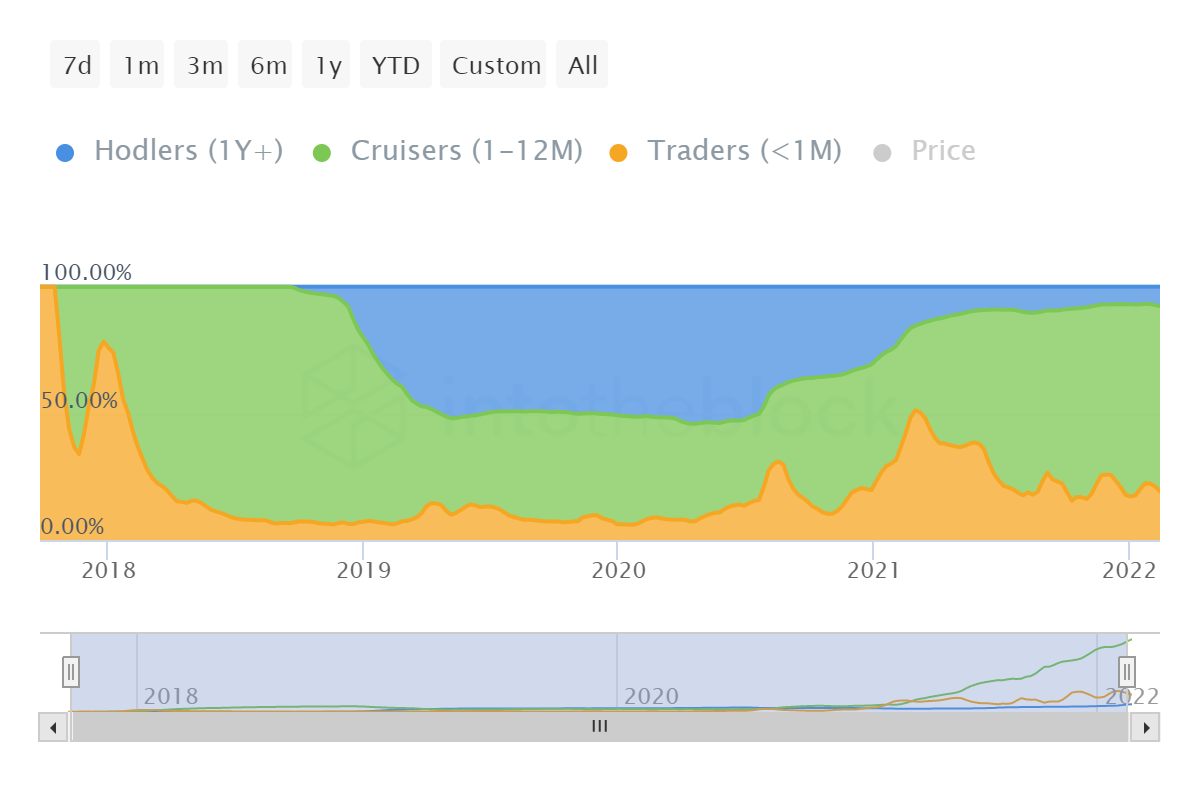 Put simply, Cardano is dying as an investment tool at the moment with no enticing value due to the emergence of competitive assets and chains such as Solana and Terra.

Not only are they leading the DeFi space as one of the top 10 chains with almost 200 protocols combined, but their rise as an asset is also turning them into a better pick.