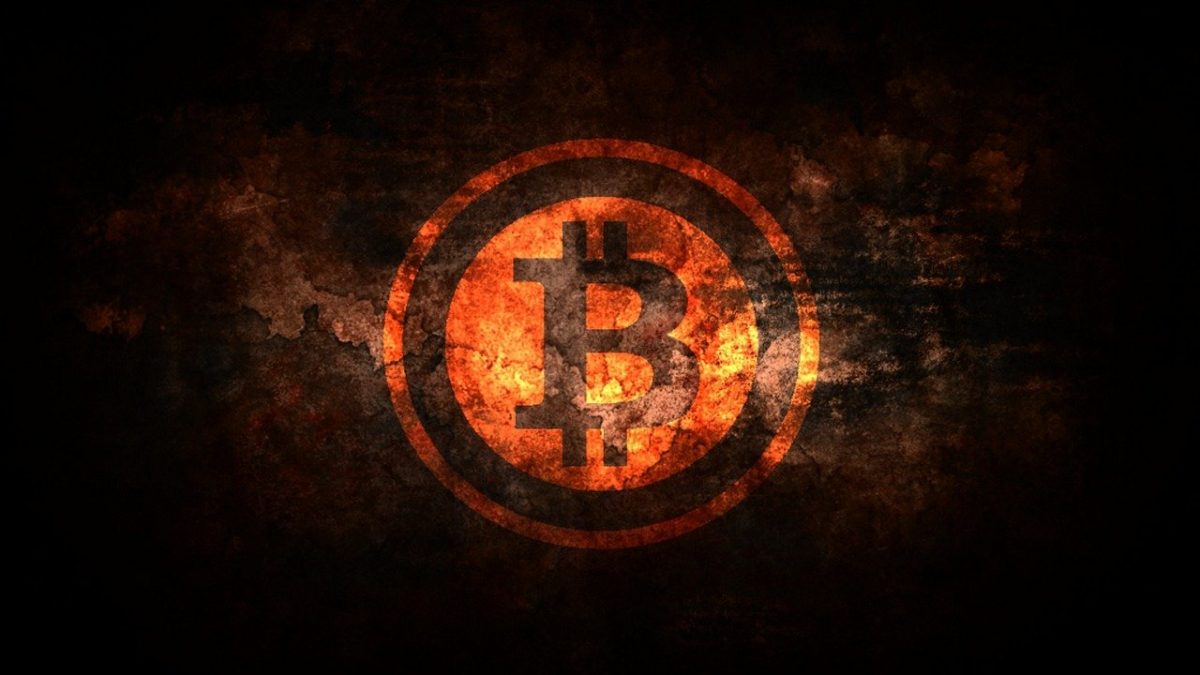 Bitcoin [BTC] may be inching towards greener pastures after the latest on-chain activity showed some bullish indicators.

According to the analytic firm Santiment, Bitcoin supply continues to be withdrawn from exchanges.

This is a very potent bullish signal for crypto assets. Bitcoin withdrawals from exchanges have become a common theme since the volatility trends of early 2020.

Even during 2022’s downtrends, HODLers continued to make up a greater percentage of the overall supply held among investors.

As per this data, Bitcoin’s supply on exchanges has dropped to its lowest point at 1.74 million BTC since November 2018. 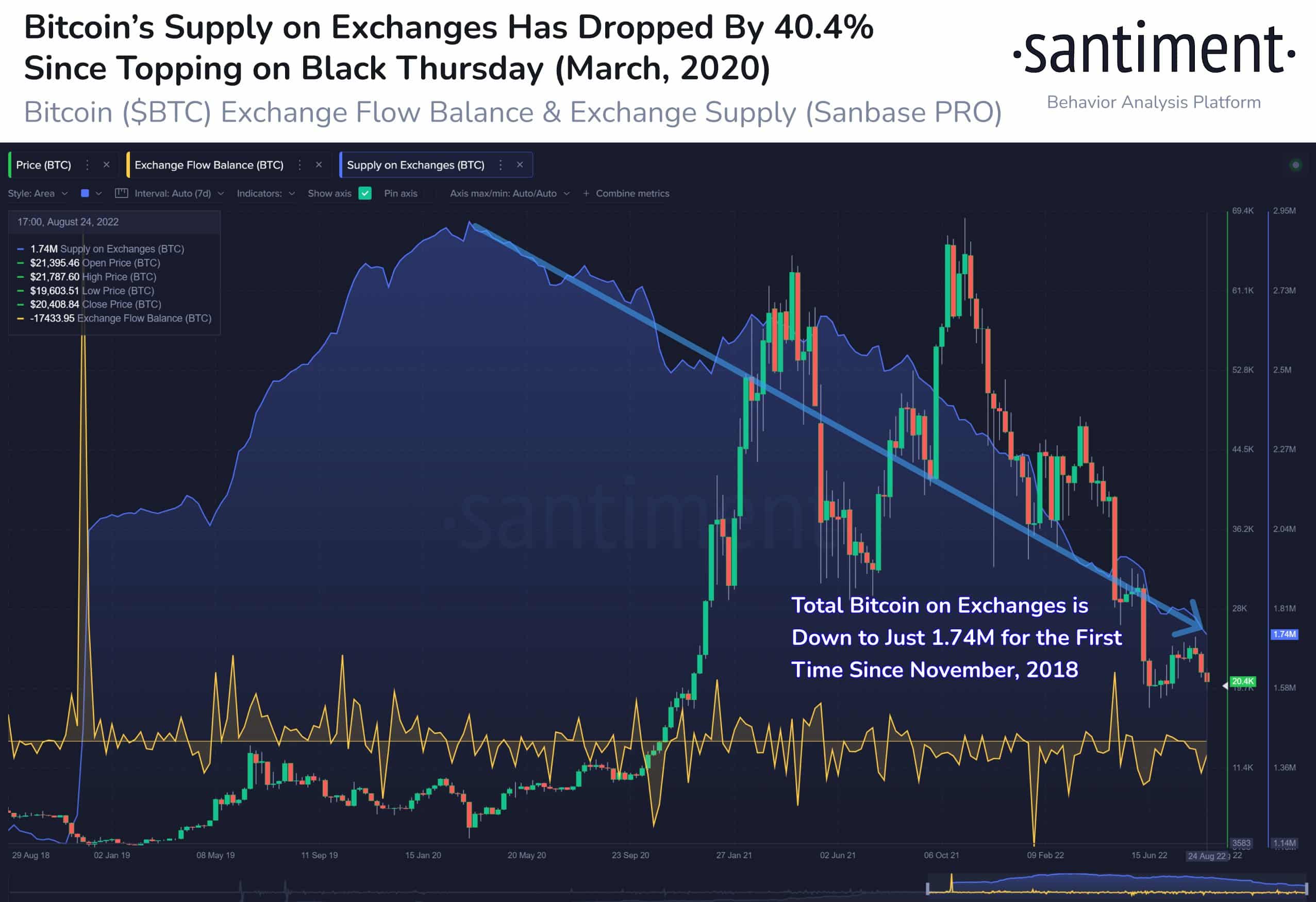 According to CoinMarketCap, Bitcoin is back at $20,400 after suffering from a market-wide sell-off last week. This led to the king coin testing the $20k support level.

Well, the support line continues to be tested as FUD unravels in the market.

As per another Santiment update, traders are continuing to short whenever BTC takes a “notable price dump.”

According to the average Bitcoin funding rates across major exchanges such as Binance, BitMEX, DYDX, and FTX, a strange pattern was seen in traders’ activity.

The reaction to the massive price cut of 26 August was the “most aggressive” trader movement against the markets since May. 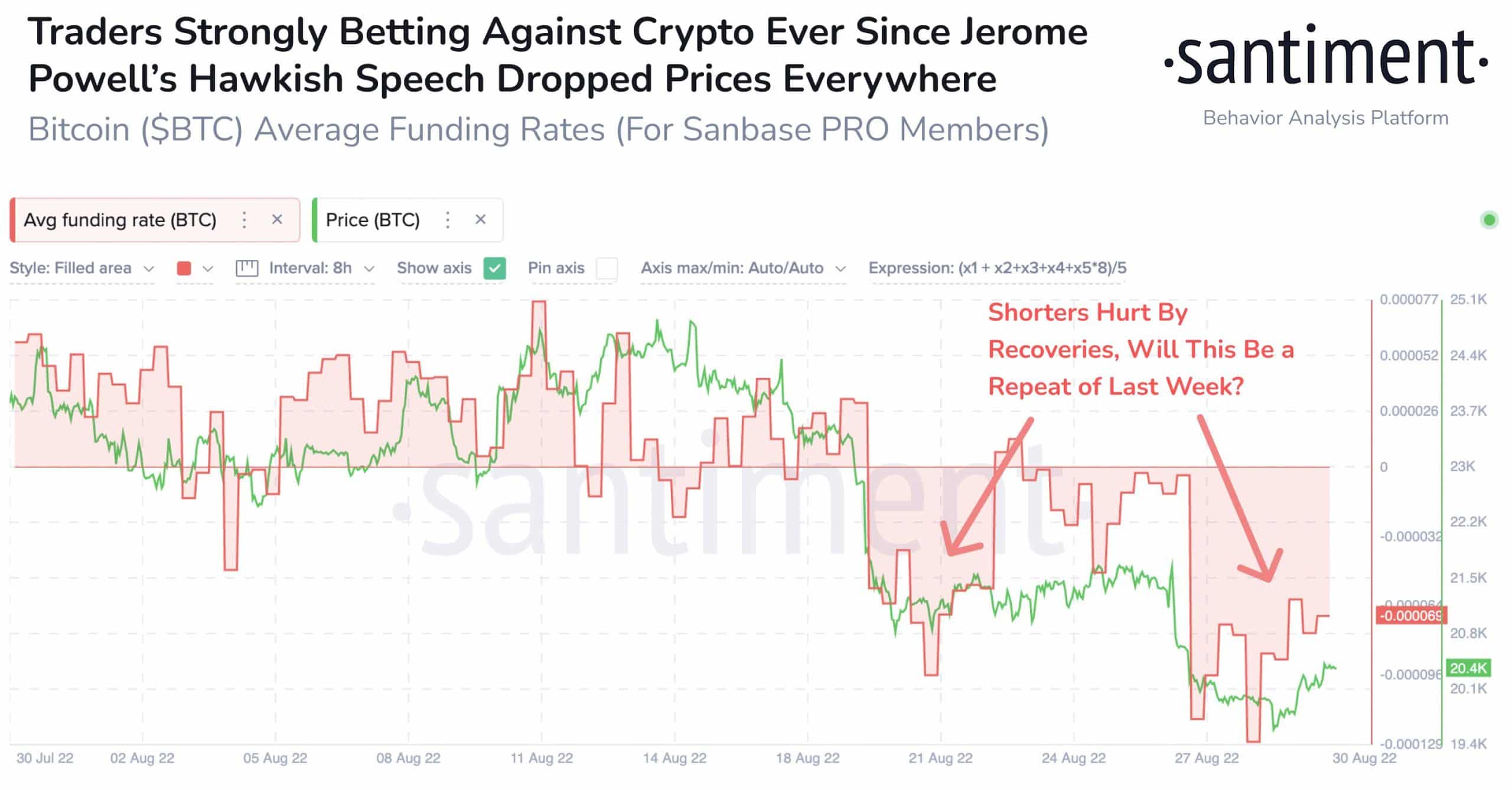 Unpopular opinion for the win

The analyst claimed that historically Bitcoin bear markets tend to find their bottom 365 days after the previous bull market peak.

Which means that this Bear Market is getting close to ending

Interestingly, we are already 300 days into the Bitcoin bull market peak of “$65,000.” This may mean that we are approaching the end of the current bear market for Bitcoin.

Does data second this claim?

On-chain data continues to show losses for traders despite a modest recovery in the past few days.

This came after Bitcoin rushed back above $20,000. However, the MVRV ratio denominated losses for short-term traders as it stoood at -6.9% during press time.

Can Polygon [MATIC] pull multitudes after this NFT marketplace…