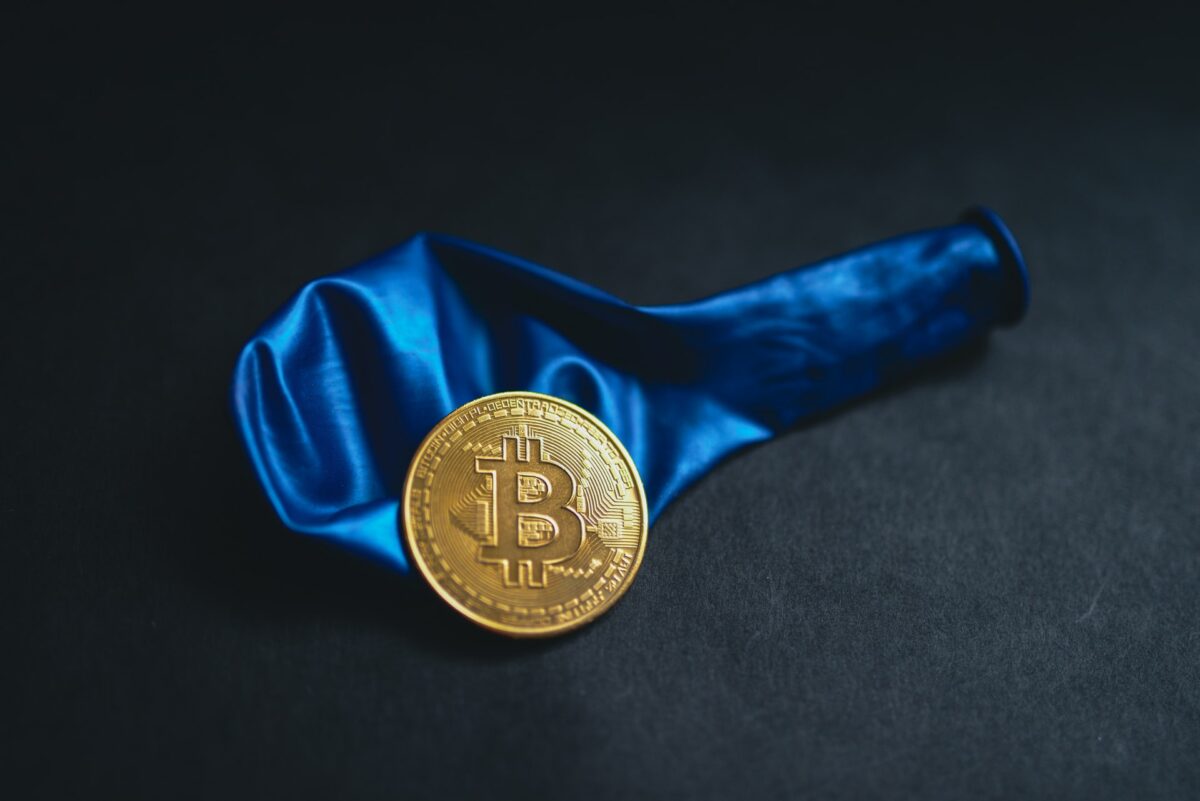 As the situation escalated in the early hours of Thursday on the Russia-Ukraine border, major asset classes all around the world, including cryptos, tanked. With visuals from the ground in Ukraine showing explosions in the capital city of Kyiv and Kharkiv, the situation seems bleak.

In fact, Ukraine’s foreign minister also called out Russia for its “full-scale invasion” of the nation. Other observers have also started characterizing the conflict as a “war.”

Putin has just launched a full-scale invasion of Ukraine. Peaceful Ukrainian cities are under strikes. This is a war of aggression. Ukraine will defend itself and will win. The world can and must stop Putin. The time to act is now.

According to CoinMarketCap, the global crypto-market is currently down by well over 9% over the past day. Bitcoin, for instance, was down by over 8.5%, at the time of writing.

Technically speaking, Bitcoin broke down below a crucial support level thanks to the ongoing conflict. It is now well below its 50 and 200 period moving average which would serve as stiff resistances too.

However, at press time, the RSI was below 30 and well into the oversold zone. To some, that means the crypto may be due for a reversal soon. 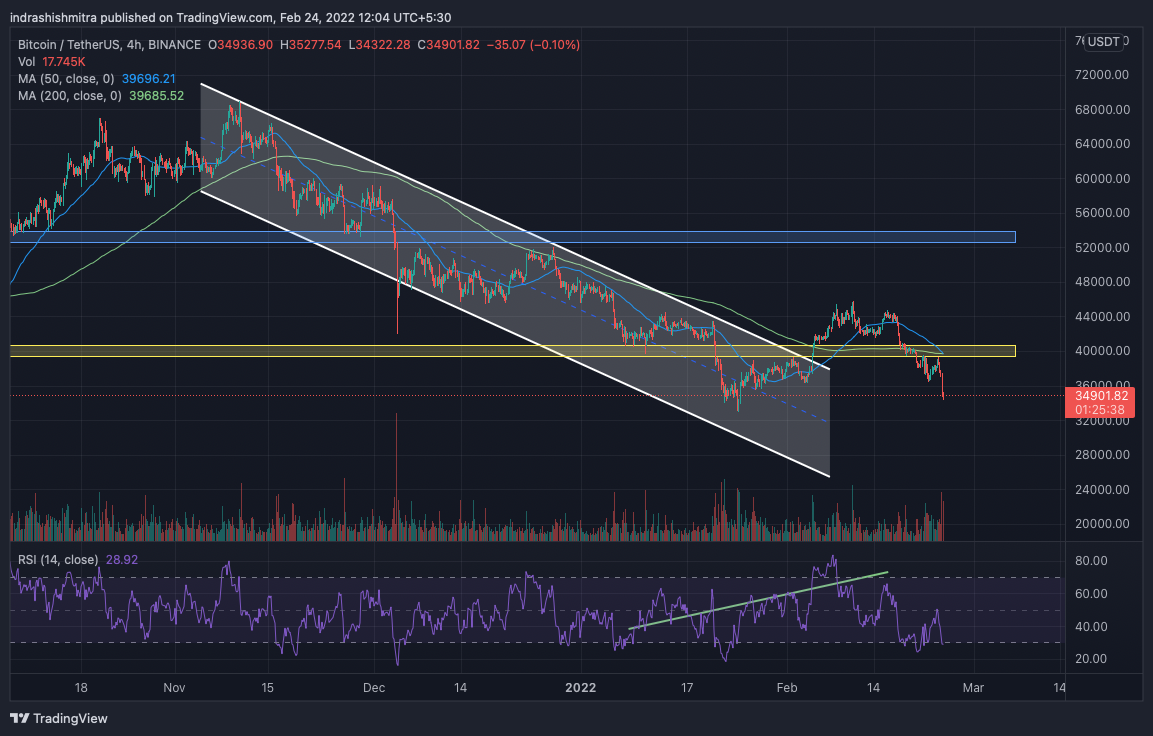 Bitcoin’s volatility amid this FUD has been skyrocketing too, with values well over 80%. Increasing volatility in the market would eventually result in increasing option IVs and a major liquidation of long positions both in Options and Futures. 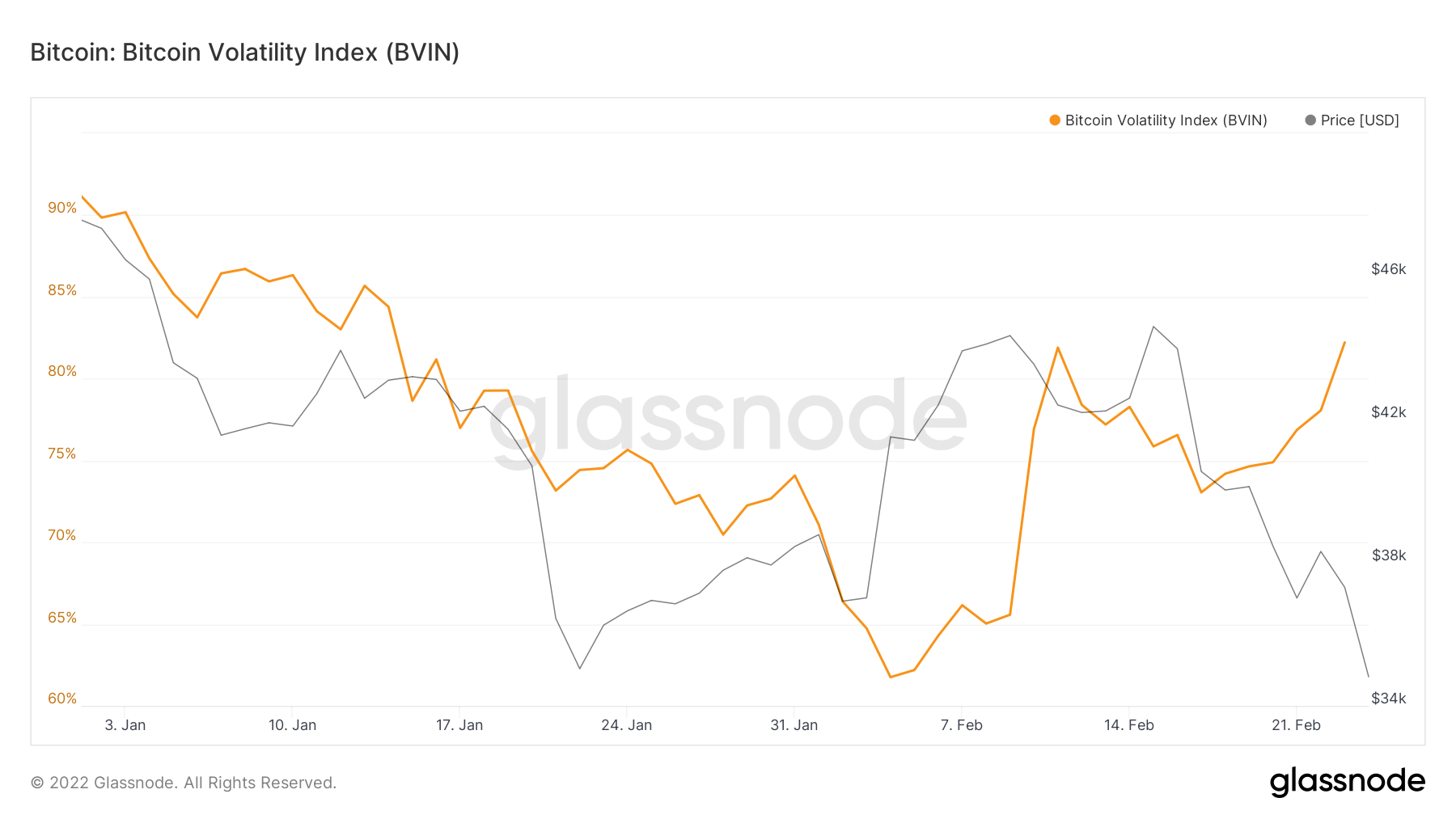 Bitcoin’s Exchange Netflow volumes have also spiked up. Especially as more investors and traders are looking to exit their positions to wait until the situation calms down. 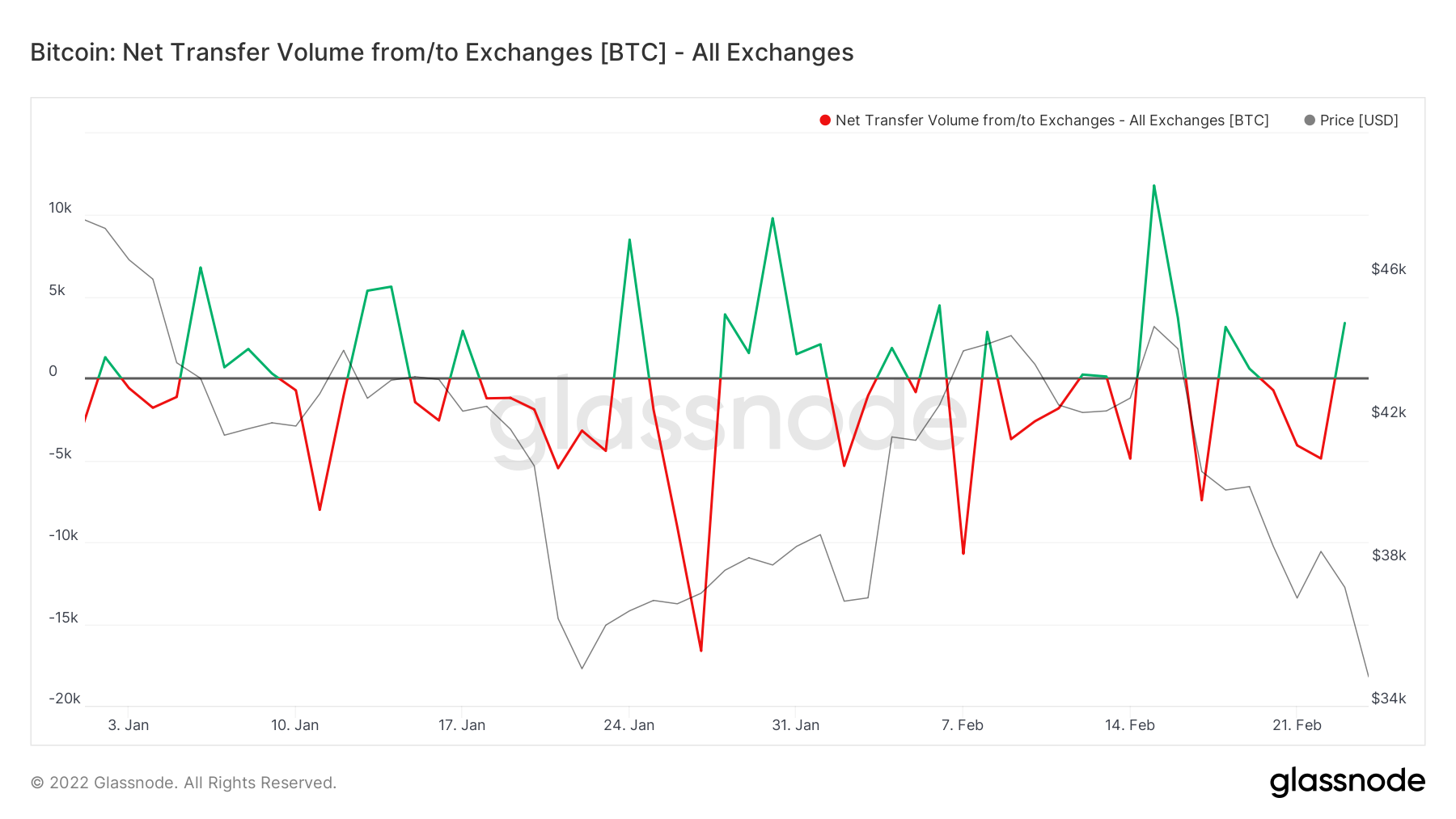 Bitcoin’s Network Realized Profit/Loss also crossed -$320 million in the wee hours of the day – showing major profit booking across all exchanges. This correlated strongly with the aforementioned two metrics.

Data from Glassnode also underlined funding rates turning positive, with those holding long positions of Bitcoin Perpetual Futures coughing up margin money to pay those holding short positions and are in profit. If this goes on for a longer while, these long positions may be forced to liquidate their positions, book losses, and exit the market to prevent further loss of capital.

Such long unwinding would immediately push Futures markets down, resulting in a vicious downward cycle.

However, not everything seems bad. Certain metrics also seem to suggest that Bitcoin is at an attractive valuation to “buy the dip.” One such metric is the Adjusted Price DAA Divergence. It has been flashing major buy signals all over the place.

Along with that, the recent dip has resulted in many long liquidations in the market. However a closer look at the data from Coinglass.com shows that this hasn’t affected that badly. Today, only $233 million worth of Bitcoin were liquidated. Alas, that pales in comparison to the liquidation seen on 21 January 2022 and 4 December 2021. On those days, $987 million and $1.58 billion were liquidated, respectively.

To conclude, the situation so far in the crypto-markets, albeit scary – doesn’t look too bad. A slightest hint at de-escalation on the Russia-Ukraine border can result in renewed optimism in Bitcoin and the cryptocurrency market.

It’s 1 in 11 for Ethereum; Was last week just an anomaly