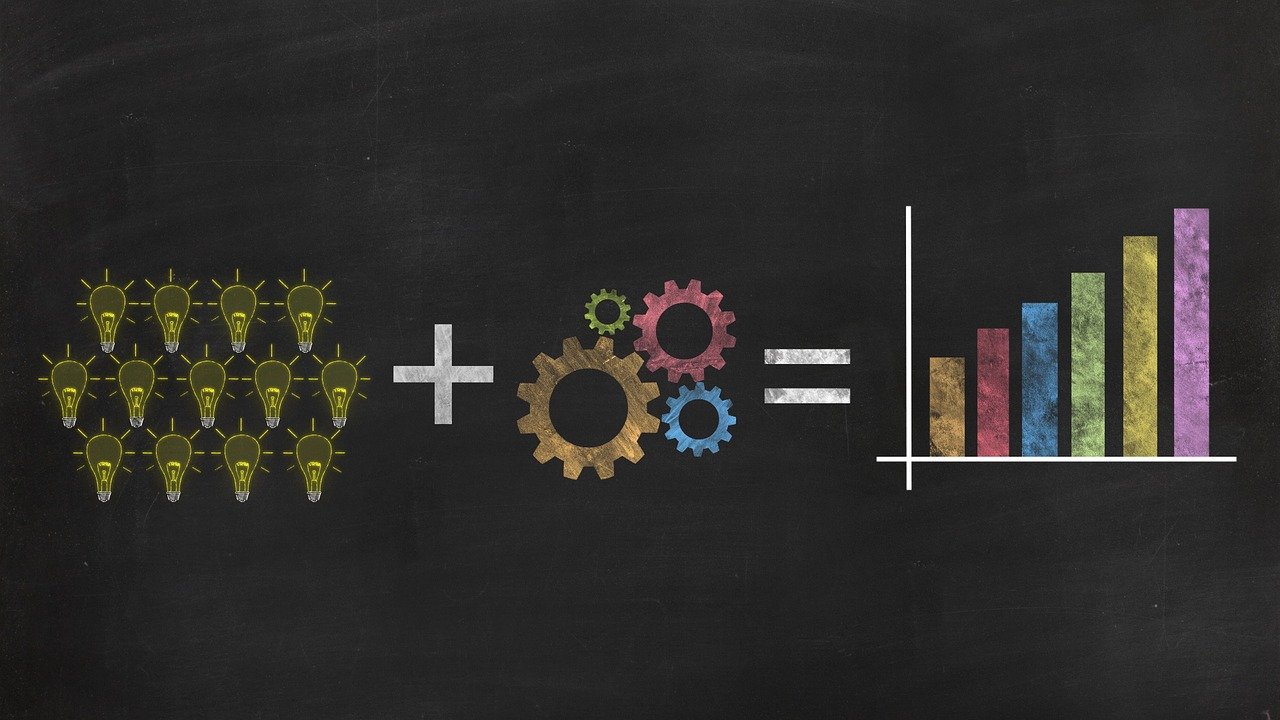 While most top altcoins hit new all-time highs as Bitcoin led the market, Polygon (MATIC) merely teased its investors with hopes of an ATH. It did so by testing the $2.2-mark. MATIC, on 3 November, climbed to $2.15. At the time of writing, it was since down by over 17%.

Even so, the 21st ranked altcoin is up by over 1000% since the beginning of the year. And, despite recent corrections, many in the market remain optimistic about MATIC’s road ahead. However, there are still some roadblocks that need to be negotiated.

Even though MATIC saw the $2.15 mark earlier this month, it didn’t have an effect on Polygon’s TVL growth. Notably, its TVL hasn’t changed much since its level nearly two months ago, with the same just over $4.76 billion at press time. 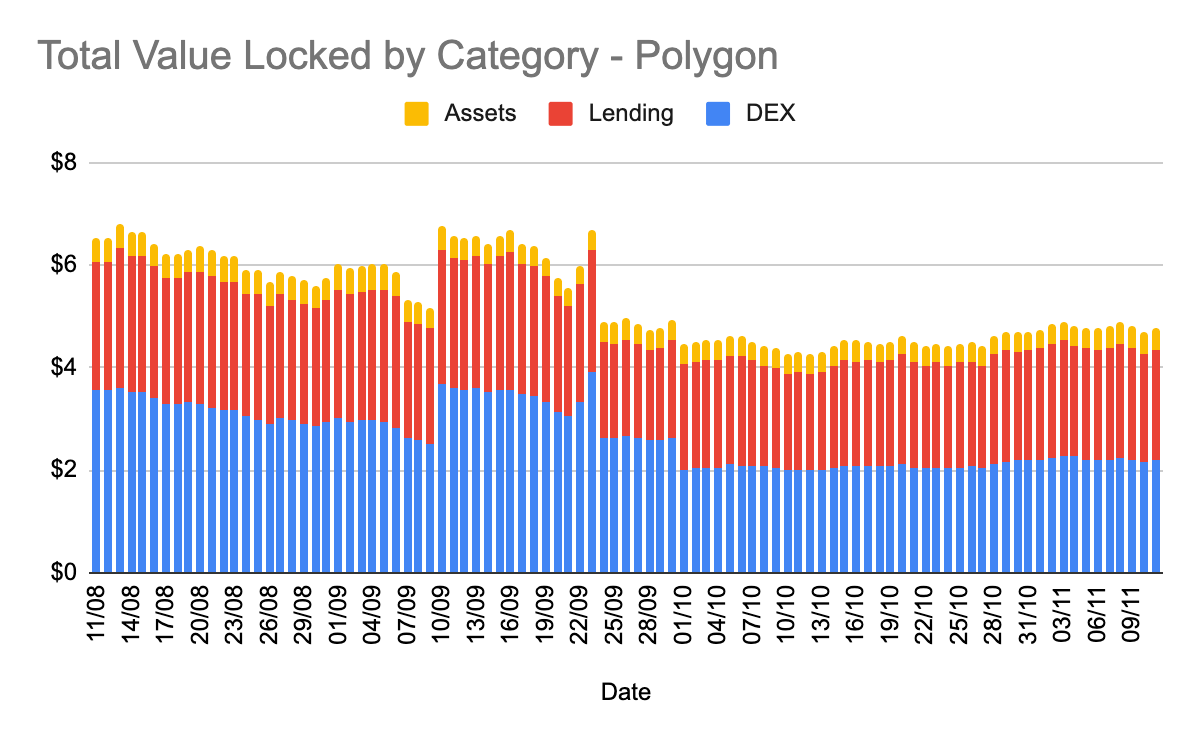 One reason behind the sideways momentum presented by Polygon’s TVL could be that now, there are not as many new protocols launching on Polygon as there were a few months ago. However, new participants seem to be making their way to the network. The same was evidenced by the fact that new addresses saw an increase last week and returned to an average of 524,000 wallets/day.

That, however, wasn’t all. Polygon needed a push from the retail side too. On the retail front, the euphoria has been missing for some time as MATIC’s trade volumes held low levels. Notably, whales formed the biggest section of Polygon’s owners. By extension, the market seemed to be tilting in the favor of stronger hands. 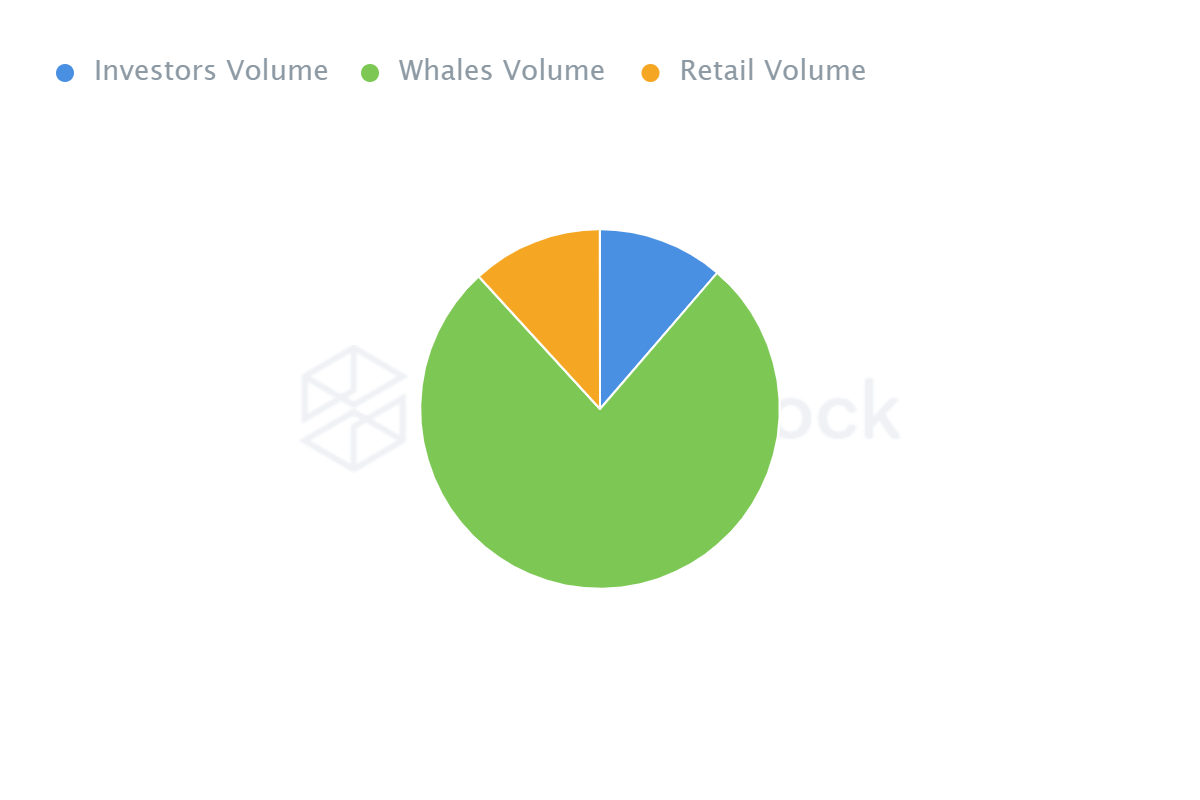 Thus, a retail FOMO, in general, seemed somewhat missing. Surprisingly, however, over the last couple of months, a hike in traders on the scene could push the retail narrative for the coin, rekindling euphoria. 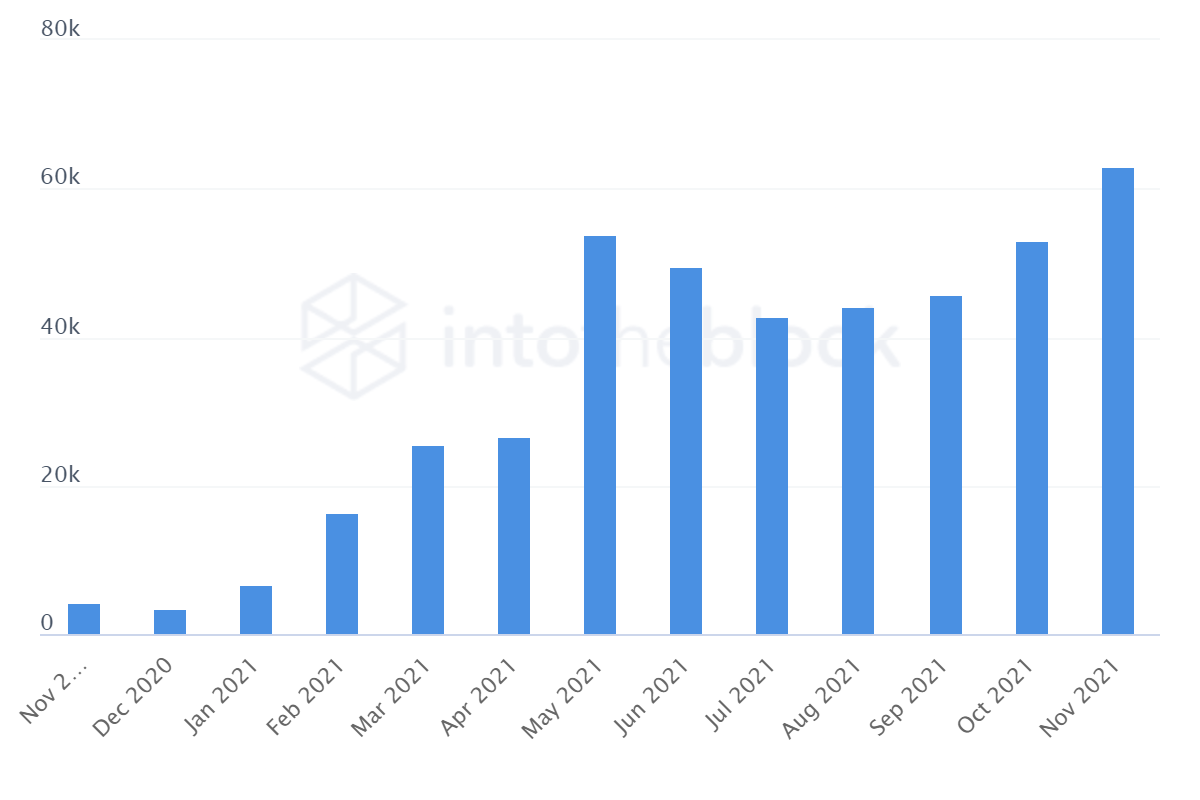 Furthermore, MATIC’s BTC correlation, at the time of writing, was nearing an all-time low, with a similar pattern spotted during the May rally when the correlation dropped alongside the rising prices. 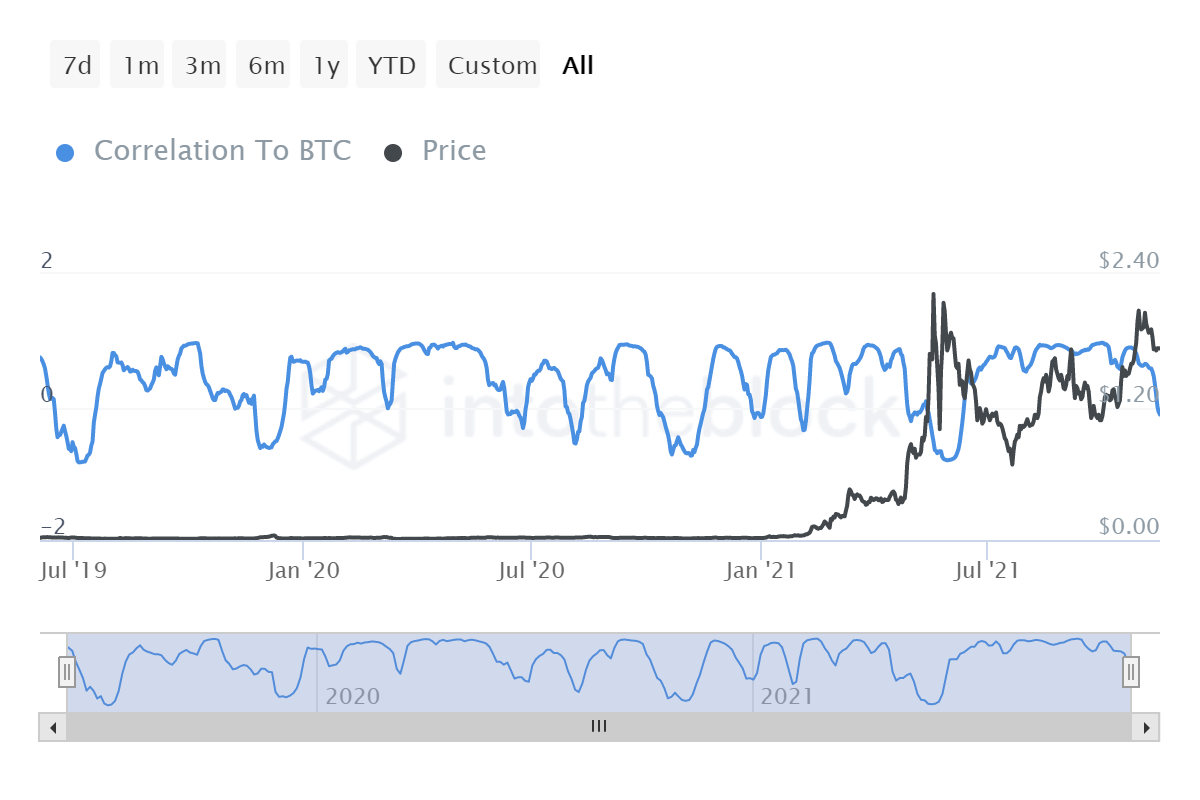 Simply put, it can be argued that BTC’s correlation going down could act in MATIC’s favor if retail euphoria is rekindled.

On the price front, MATIC’s price correction on 10 November provided a good entry point for market participants. In fact, since then, the asset has been seeing higher lows. Also, on the shorter timeframe, the alt seemed to be forming a bullish triangle.

With some degree of recovery underway, a push above $2 would only strengthen the crypto’s nascent uptrend.

These might be two of Shiba Inu’s possible breakout scenarios