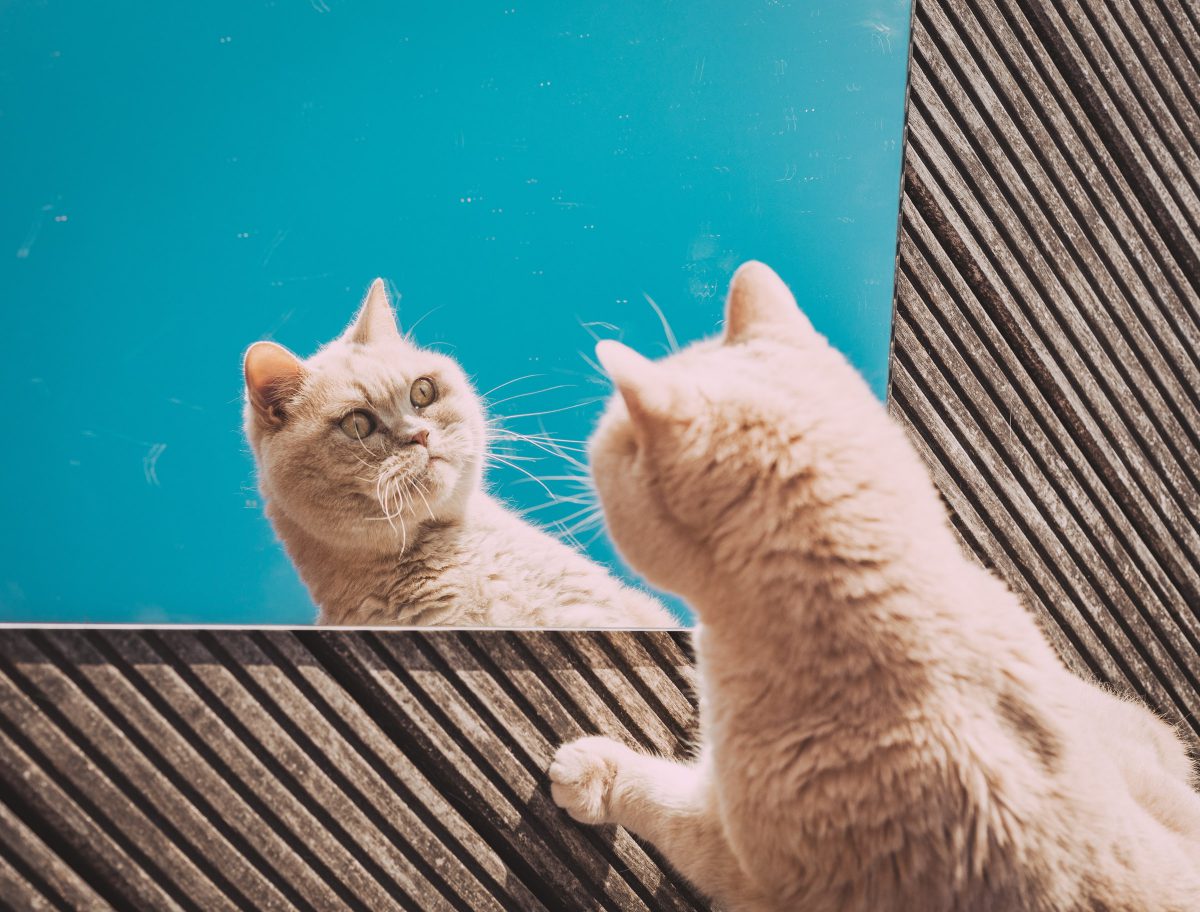 Despite a large number of ETH ‘killers’ and competitors emerging with increasing popularity in Q1 of 2021, demand for ETH is hitting all-time highs, based on activity on top spot exchanges. Based on data from Cryptoquant, all exchanges’ reserves have hit ATL; the reserves have dropped consistently for the past two weeks. 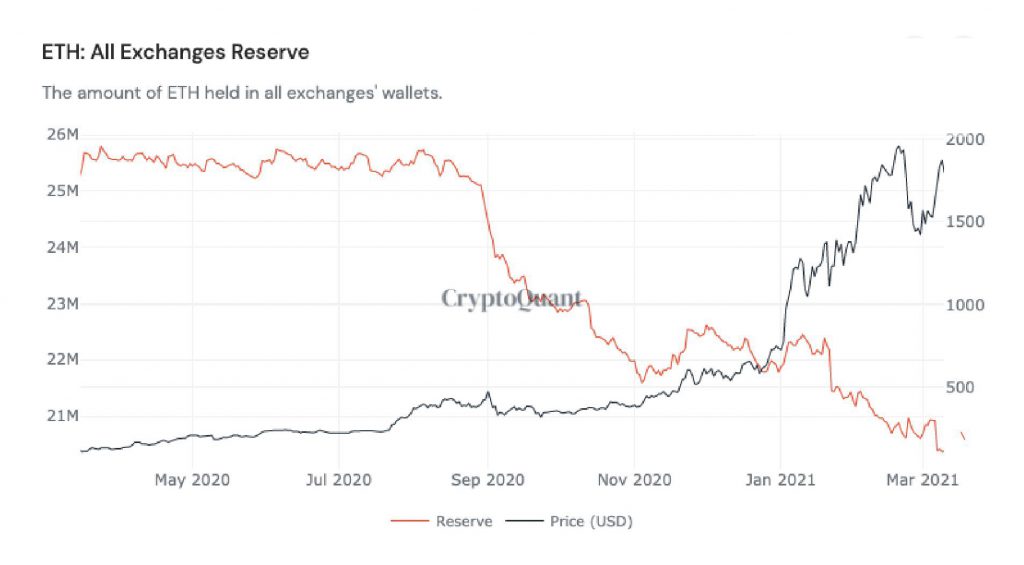 The above chart shows that only about 25% of circulating ETH is currently on exchanges, and this is the equivalent of a supply shock. This drop in ETH reserves may be partially attributed to the increased staking. For the remaining part, it may be attributed to the increasing demand for DeFi tokens and altcoins that do not necessarily rank in the top 20 altcoins. Whales HODLing over 10000 ETH hold over 70% of ETH’s circulating supply.

Currently, there is a lack of indicators signaling a top for ETH. On-chain data from intotheblock signals that sentiment among retail traders is bullish; the daily uptrend is intact. ETH exchange reserves have hit newer all-time lows, a few times in the past week and the funding is currently neutral. Based on these metrics and on-chain analysis, ETH is currently undervalued even above $1600. However, due to the lack of signals at the current price level, it may be premature for the asset to hit a new top.

According to influencers like @AltcoinSherpa on crypto Twitter, it is likely that altcoins will pump in the following weeks and Bitcoin dominance is not the ideal gauge that it was in the previous market cycles. The current ETH/BTC price action suggests that the price may break past the 0.04 level soon, based on price data from coinmarketcap.com. 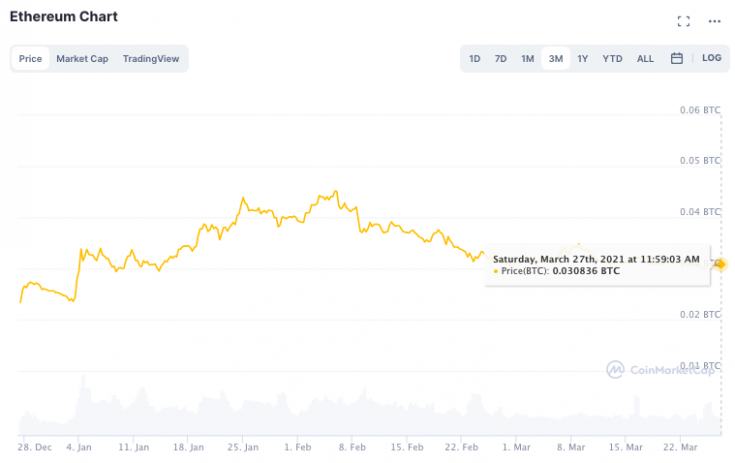 The price action from the chart shows that the asset is a better gauge of the onset of an alt rally, compared to Bitcoin’s dominance. The recent conversations around Cardano emerging as an ‘ETH killer’ have made headlines enough times to be noticed, and it is critical to evaluate if ADA will lead the alt rally this time around.

However, when the two are compared in scale or market capitalization, ETH emerges as a winner. Besides, the outflow of ETH from exchanges has no clear relationship with Cardano. Cardano’s bullish price action can be attributed to the Shelly upgrade, which emerged as a major dev milestone for the project and increased the demand for ADA on top spot exchanges.

ETH killer or not, Cardano currently may not have enough influence, through community and liquidity to take over the alt rally. Additionally, it is likely that ETH’s bullish breakout past 0.04 BTC may pave the way for an alt rally.