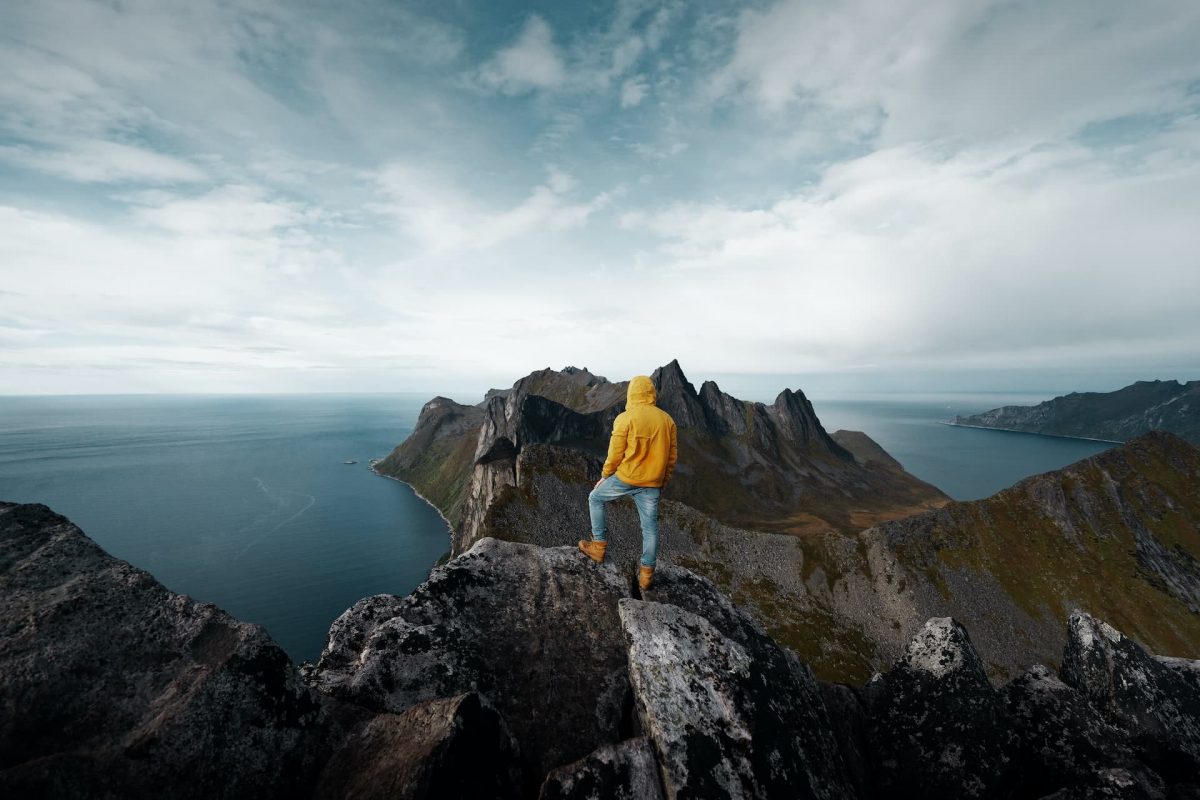 AAVE broke previous support levels and showed strong bearish momentum in the last few days. However, a retest of the $56.6 support level suggested that the bulls may have secured a zone for a potential price recovery.

However, AAVE formed a descending triangle with the possibility of a breakout to the upside or downside. Therefore, traders should be cautious and track these levels.

Aave chalks out a descending triangle pattern, will bears continue to rule? 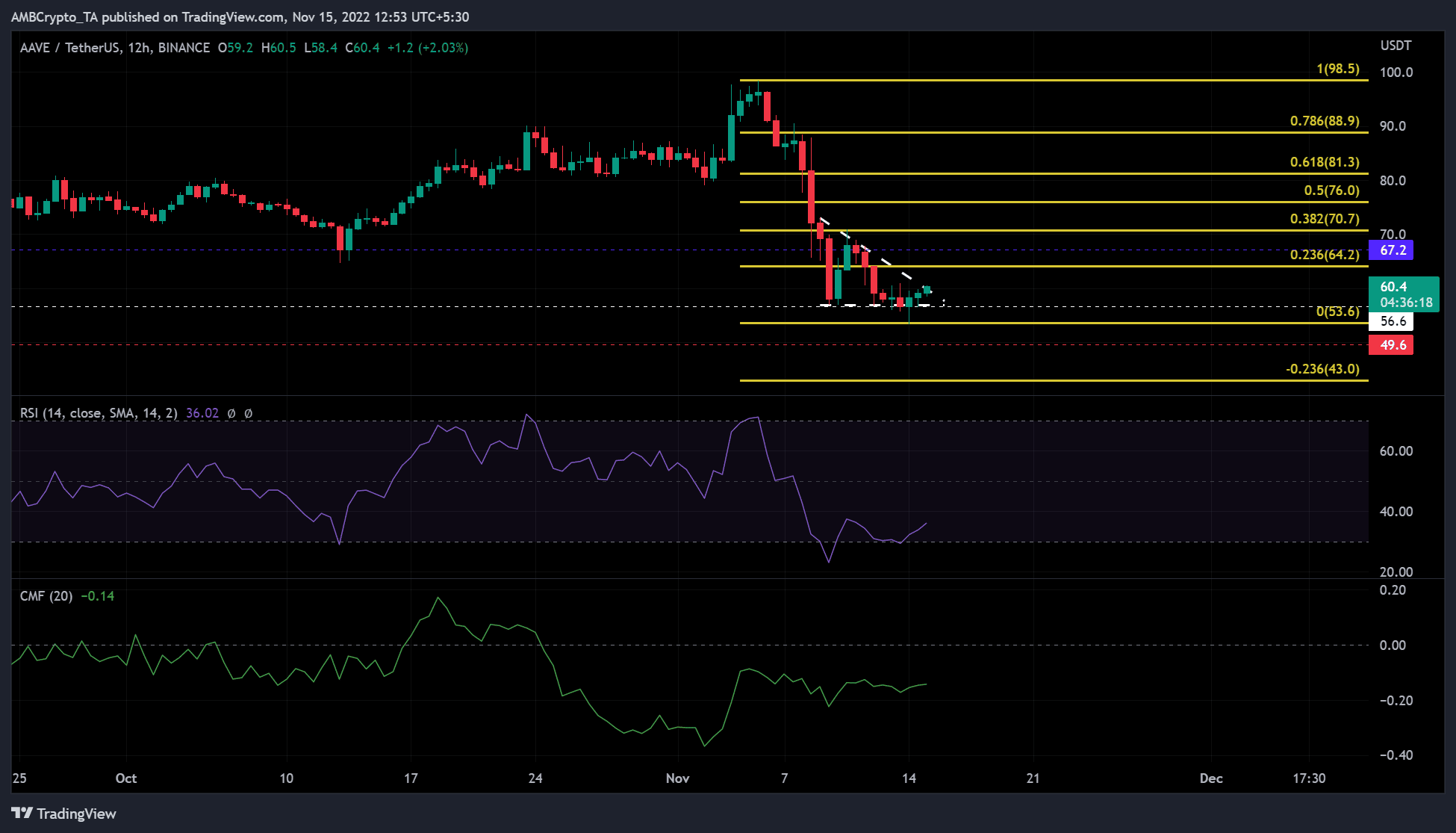 Steep declines in AAVE erased all gains from its mid-October rally. It climbed as high as $98, only to fall $60 on the recent market decline, shedding off about 40% of its October gains.

Furthermore, the $56.6 support level provided a zone of calm for the bulls, but an attempt to rally ran into a bearish order block at $67.2. Additionally, the Relative Strength Index (RSI) also managed to get out from the oversold territory, thus making sellers lose their momentum.

Should the bulls regain complete control, the immediate targets for long positions could be the 0.236 Fib level ($64.2) and the order block at $67.2. However, traders will have to wait for confirmation of a trend change in the coming days or weeks. The Chaikin Money Flow (CMF) stood at -0.14. This meant that the market still favored the sellers.

In addition, Aave’s descending triangle could have a bearish breakout if the overall sentiment stayed bearish on BTC. Thus, risk-averse traders should close their long positions if the price witnessed a drop below the $56.6 support.

In such a case, traders should watch out for $53.6, $49.6, and $43.0 as new support levels. These could serve as targets for short selling, depending on the trader’s risk tolerance.

According to Santiment, whales had opted for stablecoins since 9 November, when AAVE’s price continued to fall. At press time, data showed that whales dropped their holdings of stablecoins in favor of AAVE. This could indicate a positive change in market sentiment towards AAVE.

Short-term AAVE holders only saw gains between 3 and 7 November. After that, they posted losses as the 30-day Market Value to Realized Value (MVRV) remained in negative territory.

The decline in trading volume on rising prices at press time could also undermine sufficient buying pressure on the long trading targets of $64.2 and $67.2. Thus, traders need to be cautious and monitor the sentiment around BTC.

Bitcoin Cash: Why a small move upward could offer a BCH shorting opportunity

Shiba Inu: Ethereum whales keep the faith but what does SHIB have to show