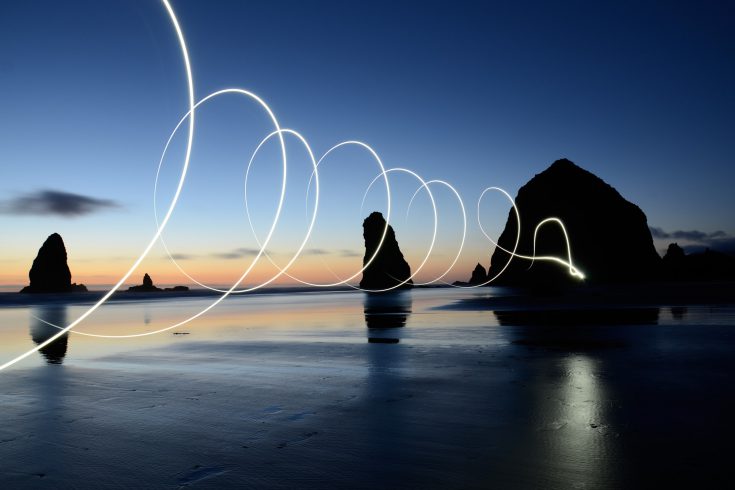 AAVE’s market capitalization stood at $4.36 Billion. The asset’s price has increased 4.74% in the past 24 hours and the TVL was nearly 5% higher. AAVE has been rangebound between $320 and $391 level for over a week now. Retail traders are expecting AAVE to drop, opening short positions, expecting a drop to late February price level around $311.

However, on-chain analysis based on data from intotheblock is bullish; in the past week, over $844 Million worth of large transactions have occurred on AAVE network. This could be partly due to Lend’s migration to AAVE and partly due to the high concentration, 88% by large wallet HODLers.

The concentration and volume of large transactions signal that the price may be rallying toward $450 (from 30 days ago) yet again. Over 7719 AAVE worth $2.6 Million were transferred from an unknown wallet to Binance and this is one of the many large transactions on the AAVE network.

The concentration in the large wallets may have offered the ideal supply shortage narrative for the price to rally to a local top, within the next week, if the liquidity remains high. The shortage may help push the price past the nearest resistance level based on the price chart. 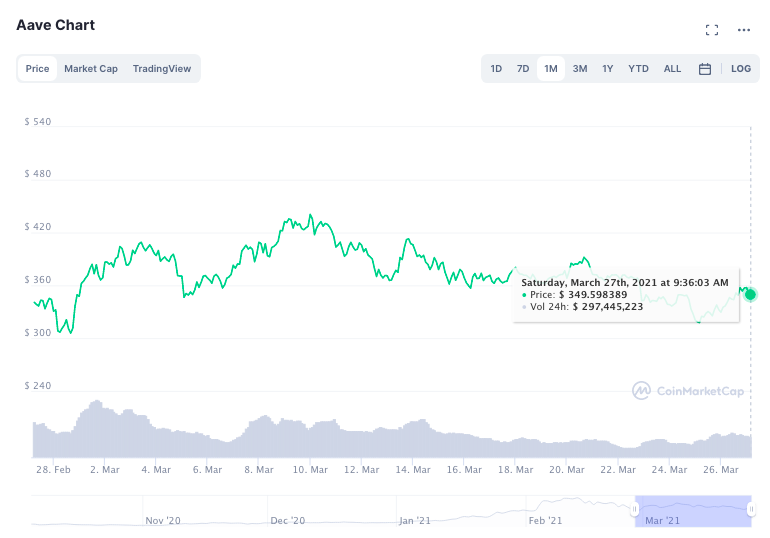 Markets that contribute the highest volume to AAVE are AAVE/USDT on Binance, Huobi, and OKEx. Demand for AAVE in these markets has increased and the liquidity has improved, thus reducing the selling pressure. Though transactions larger than $100000 have dropped by over 6% on exchanges, there are more transactions by retail traders.

With nearly half of AAVE HODLers profitable at the current price level, hitting a local top may ensure that over 60% are profitable.

The current buzz in the trading community is from the anticipation of further technical developments. AAVE community has enjoyed over $5.6 Billion in liquidity in the last week, and this is a key driver of AAVE’s price over the past two weeks. 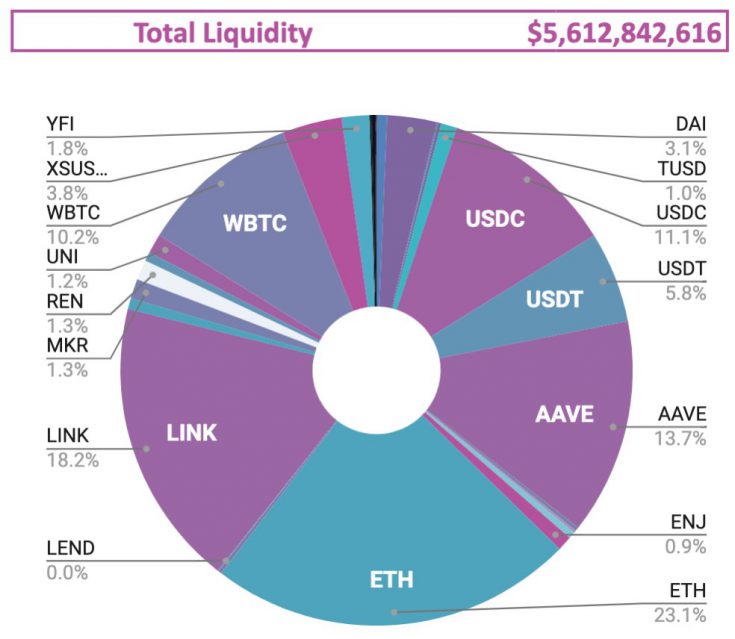 The flash loan deposits at 0.09% have added over 77% to the liquidity of the AAVE. High volume of borrowing has been consistent over the past two weeks, and it contributed over $78000 in fees. With the launch of AMM this week, there were liquidations of $1.1 Million and this increased liquidity on exchanges, allowing the price to move past the $329 level. Based on the current price trend and the trade volume, it is anticipated that the asset may hit a local top above $450 within the following week.