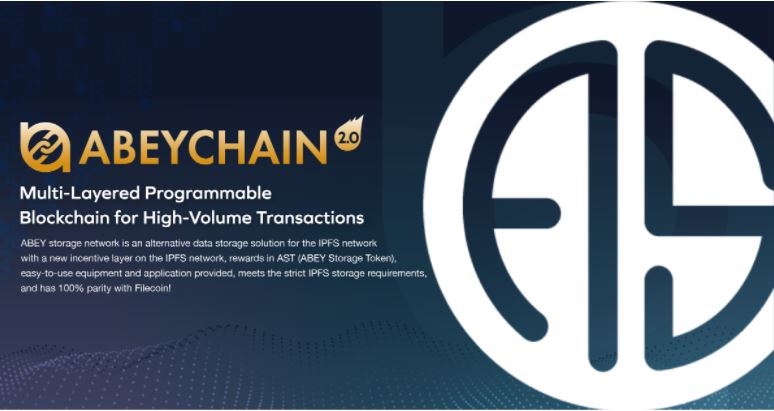 With the development of science and technology, blockchains have gradually emerged in people’s vision. It is becoming a focus of research and receiving increased attention from experts in the industry. People have been aware of the remarkable innovation that blockchain can bring out not just in the finance sector but for the entire society.

According to experts, the last two years have noticed the creation of 90% of all the world’s data. More so, 2.5 quintillion bytes of data are produced by humans every day. If you’re wondering how many zeros are in a quintillion, there’s 18. Hence, the need for reliable storage is getting even higher.

With that said, many chains exist nowadays, but few can achieve interoperability with others like the ABEYCHAIN 2.0. It was created with interoperability in mind. The ABEYCHAIN 2.0 is a decentralized file storage and distribution network with a hybrid consensus. We’ll talk about it in detail later, but first what exactly is decentralized file storage?

Basically, decentralization in its simplest word is transferring a central entity’s authority to a more localized and ‘liberal’ system. The concept itself has been around for a while but the term is more used now on blockchain technologies like Bitcoin and Ethereum.

Meanwhile, storage is the retention of retrievable data on a computer or other electronic system. From the days of having to put files on a floppy disk to storage ‘cloud’ in today’s internet era, storage has come a long way.

With that said, data breaches have also been rampant since the Internet started. Now, companies have learned to deal with them where decentralized storage enters the picture. Alongside developing a distribution network, it is a strategic way of planning a company’s success. Thus, services and products can reach users or clients quickly and efficiently.

The introduction of ABEY Storage Network solves such problems with advanced alternative platforms integrated with the InterPlanetary File System (IPFS).

In the blockchain network, there are several ways to validate transactions in a decentralized manner, one is Proof of Work (PoW), and the other is Proof of Stake (PoS). Bitcoin is a classic example that achieves consensus using PoW while Cardano is infamous with PoS.

To explain further, PoW is a system that requires a non-insignificant but feasible amount of effort to stop malicious uses of computing power. Some samples of these frivolous actions are sending spam emails or launching denial of service attacks. Meanwhile, PoS deals with the weakness of PoW. In this mechanism, every block is validated before the network adds another block to the blockchain ledger.

Now, as we have understood the concept of consensus mechanism, let’s start discussing the Hybrid version of these two. The hybrid PoW + PoS utilizes elements of both models when determining transaction validation rights. It aims to mitigate the weakness of each consensus mechanism.

ABEYCHAIN 2.0 is among the few cryptocurrencies to utilize both PoW and PoS in recognizable forms and merge them. The objective of this hybrid is to catch the benefits of both approaches and use them to balance each other’s downside.

Consequently, the hybrid design significantly avoids hackers attacking the network because there are two distinct systems.

The Introduction of ABEYCHAIN in the Industry 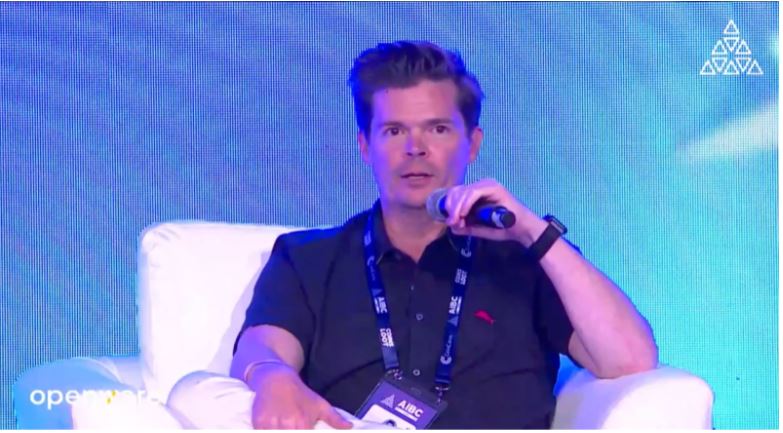 Launched in March of 2021, ABEYCHAIN 2.0 is a leading public chain looking to solve the biggest problem confronting permissionless blockchains. A hybrid blockchain that provides the underlying public blockchain infrastructure with speed, performance, and security for decentralized applications and financial transactions.

The ABEY foundation, established in Vaduz, Liechtenstein, is a non profit foundation. It is the keeper of the native ABEY blockchain protocol and platform. It contributes governance, and research, for the ABEYCHAIN 2.0, while maintaining the integrity of the core technology. The Foundation provides guidance, and direction for the ABEY Community and Ecosystems, and has a strong commitment to protecting the immutable freedom of all ABEY users now, and for future generations.

With industry-leading technology, ABEYCHAIN 2.0 aims to bring an efficient and well-governed blockchain for the decentralized economy. They came up with the first hybrid consensus incentive model to use economics as a drive to uphold and improve the chain. Meanwhile, they also created a stable gas fee mechanism. The purpose of this is to make the blockchain more public and lower the cost for the DApp developers.

Aside from a platform, ABEYCHAIN 2.0 builds an all-inclusive community to attract worldwide developers and businessmen. Not only does ABEY have a global developer community, they also have a library of open-source products that are handy for the developers.

From the above discussion, it is clear that consensus algorithms make the nature of the blockchain networks versatile. But it is not a single consensus algorithm that can claim it to be perfect. There are various other consensus mechanisms such as Proof of Activity, Proof-of-Burn, Proof-of-Weight, amongst others.

With a balanced hybrid consensus protocol striking the perfect balance between decentralization, scalability, security, and innovation, ABEY 2.0 presents a truly robust solution for the mass adoption of blockchain technology into the future. With these developments, ABEY aims to continuously contribute to the diversified blockchain ecosystem.