Thanks to the huge host of cryptos around us, it’s very probable that you might not have heard of SAND. Well, it is the native token of Sandbox. It only recently caught everyone’s attention, even though it has been around for a while. Surprisingly, its performance over the last seven days has been both commendable and avoidable.

Beware of the SANDstorm!

SAND, the token of the popular game The Sandbox, blew away (pun intended) minds by noting a sharp 319% hike over the last seven days. 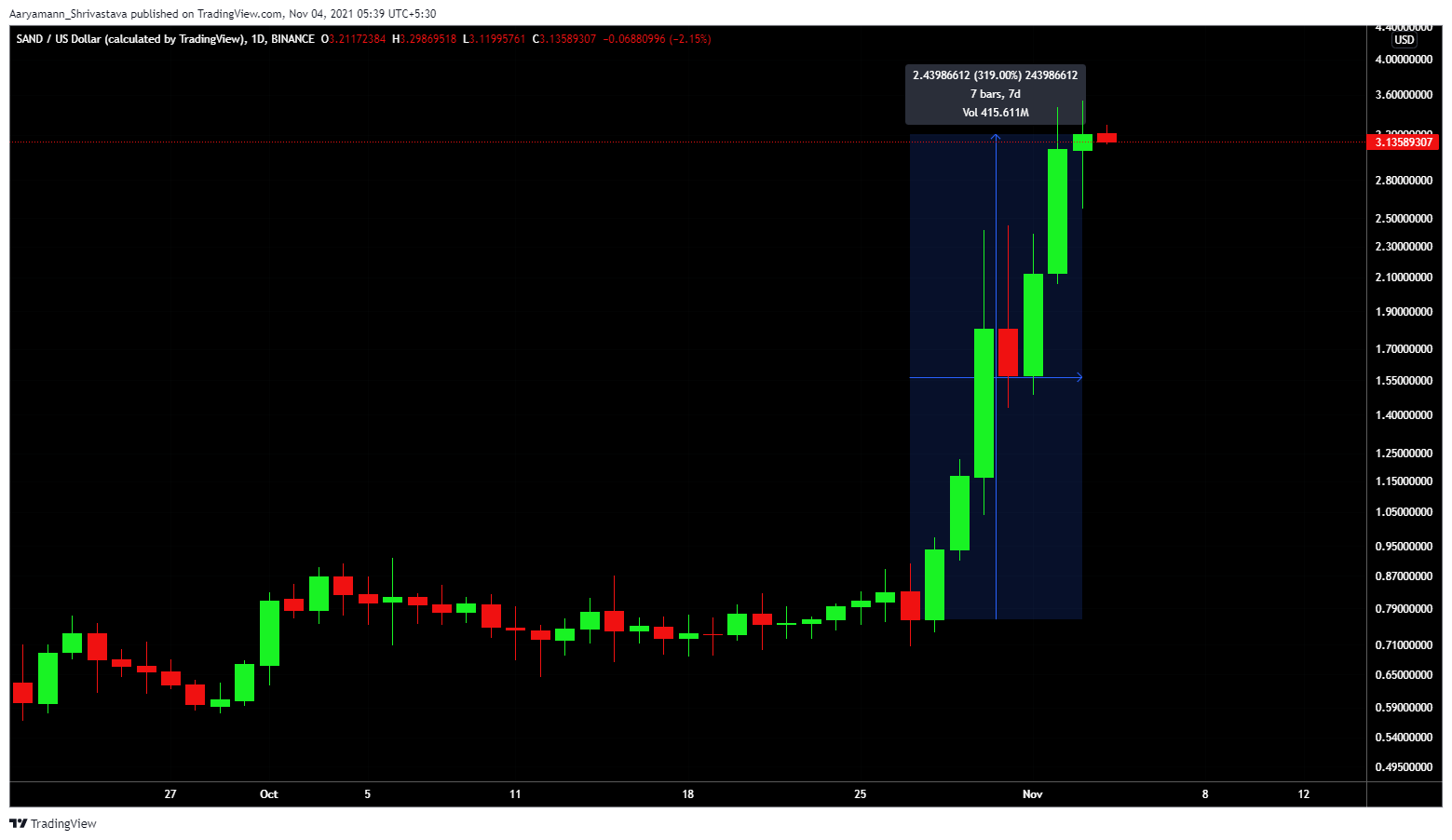 While no one particular reason can’t be declared as the trigger, curiously, one reason surely rings a bell. It should be noted that the project raked in more than $93 million from its Series B investments led by the Softbank Vision Fund 2.

As a result of the aforementioned hike, both network and investor figures increased to levels never before imagined for the altcoin. First of all, the active addresses shot up by 798% to an all-time high of 4.68k. And, this proved to be a good move since investors’ profitability peaked at 100%, with no holder being at a loss. 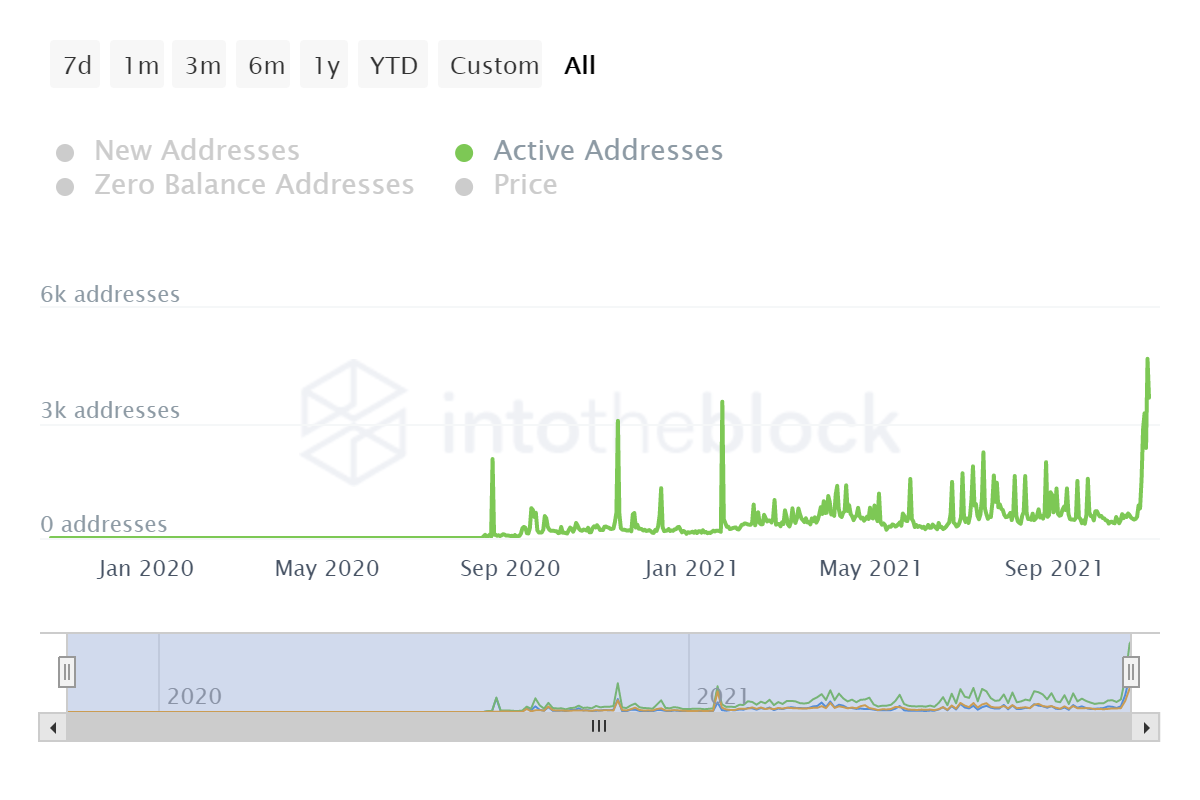 Furthermore, SAND’s market value has also finally begun its upward journey after being almost dormant for months. In fact, at the time of writing, it was at an all-time high.

Well, the most interesting fact is that whales absolutely went crazy during the rally and ended up selling over $301 million worth of SAND.

Astonishingly, this accounted for a 58,919.6% hike in the volume of whale transactions.

Is this all there is for the token?

Dominated by whales which are holding 85% of all supply, the token doesn’t have a solid investor base yet. In fact, there are only 34,000 addresses with any balance in them. 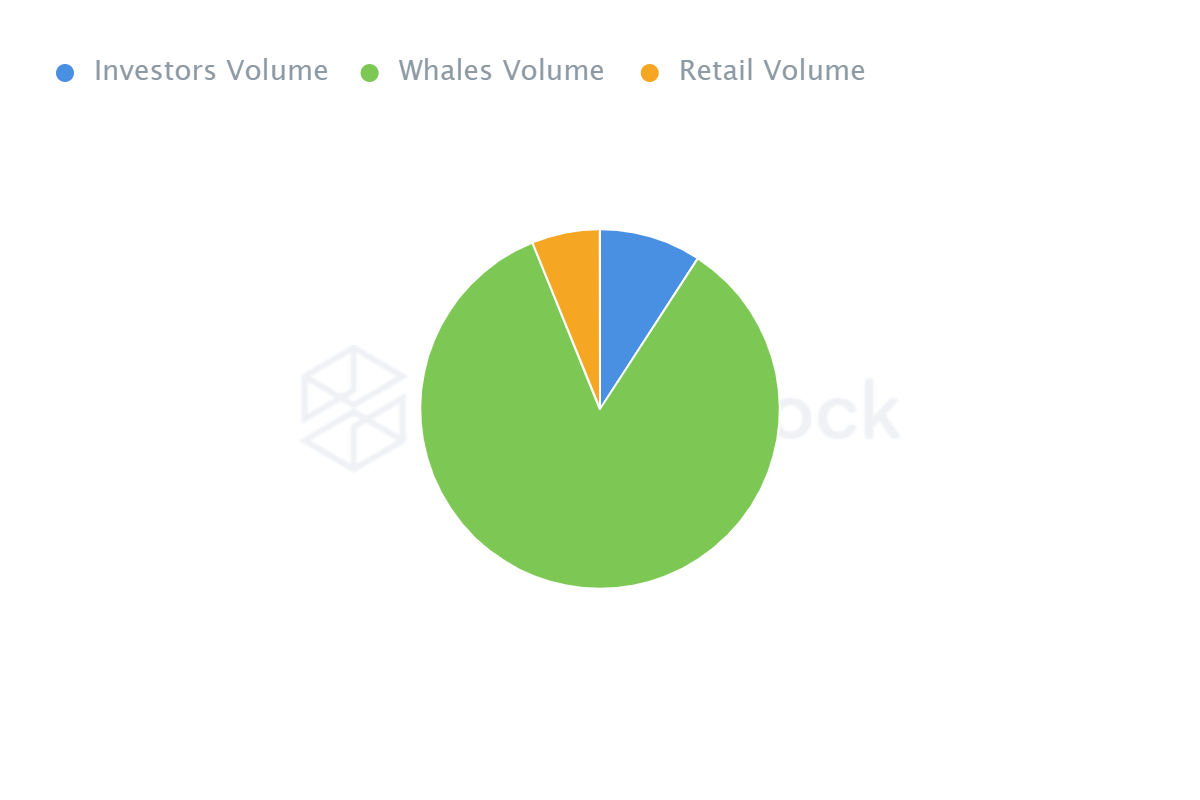 Also, all these spikes were momentary as the average of all the indicators seemed to be a mere single-digit percentage of its press time levels.

Even in terms of price, the situation has not been the greatest. Since April, the altcoin has not managed to sustain a breach of the $1-barrier. While the crypto did breach the level for less than a week, it soon came back down before hiking again. What this implied was that the rally has definitely not been stable.

It shouldn’t be forgotten, a whale-centric token is always a red flag. In cases when no-movement-price tokens like SAND rise in an unprecedented manner, they tend to fall quickly.

Ergo, investors should not get lured by such hikes and should definitely do their own research before investing.

Related Topics:GameFiSANDThe Sandbox
Up Next