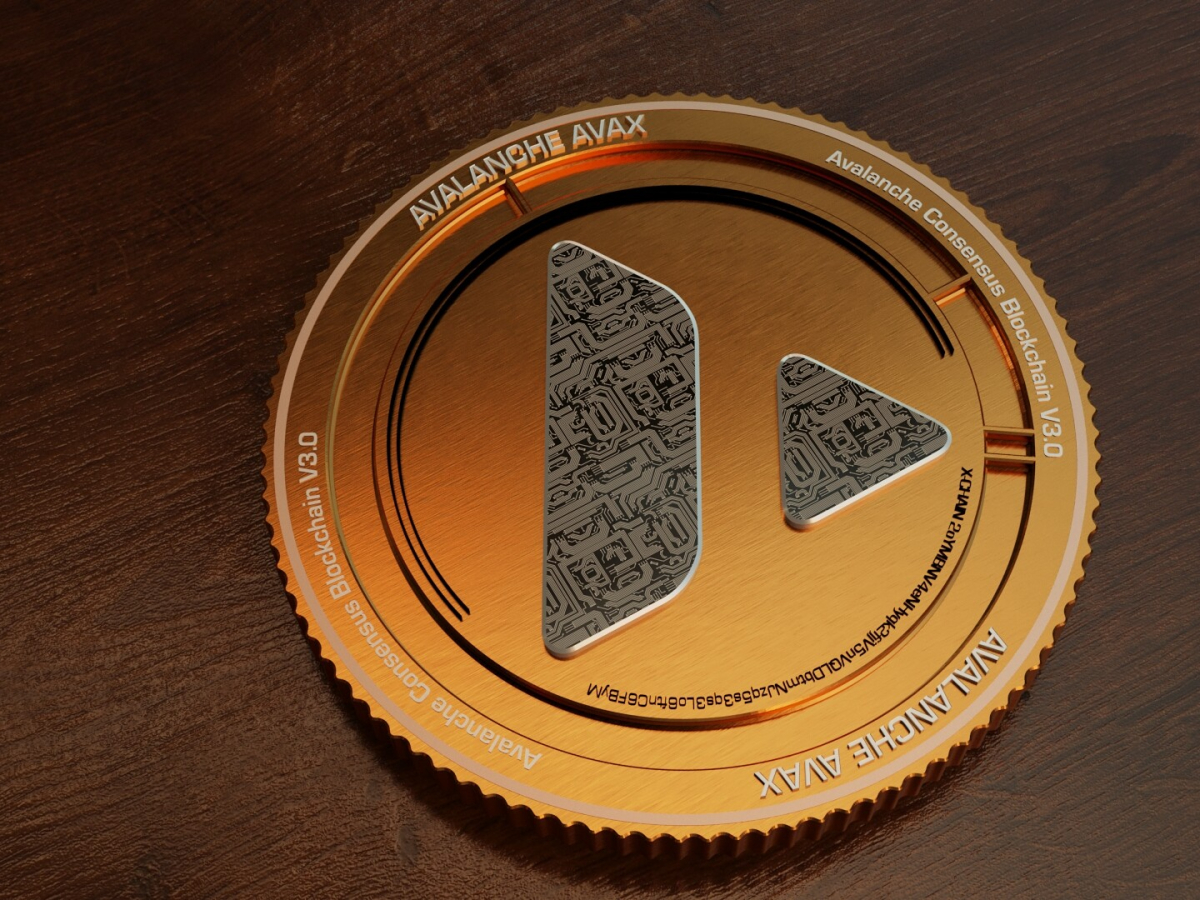 The month of October has been very fruitful for the likes of Bitcoin and some other alts. For some others, the market hasn’t been very rewarding. Avalanche falls under the latter category as despite making strides in other sectors the altcoin is not impressing anyone in the spot market.

Bitcoin leads… But not everyone

But it’s not just today, this whole month has been pretty lacklustre for AVAX. Since the beginning of October, it has come down by 17%, even though it was one of the only few coins to actually rise in September when others were falling. 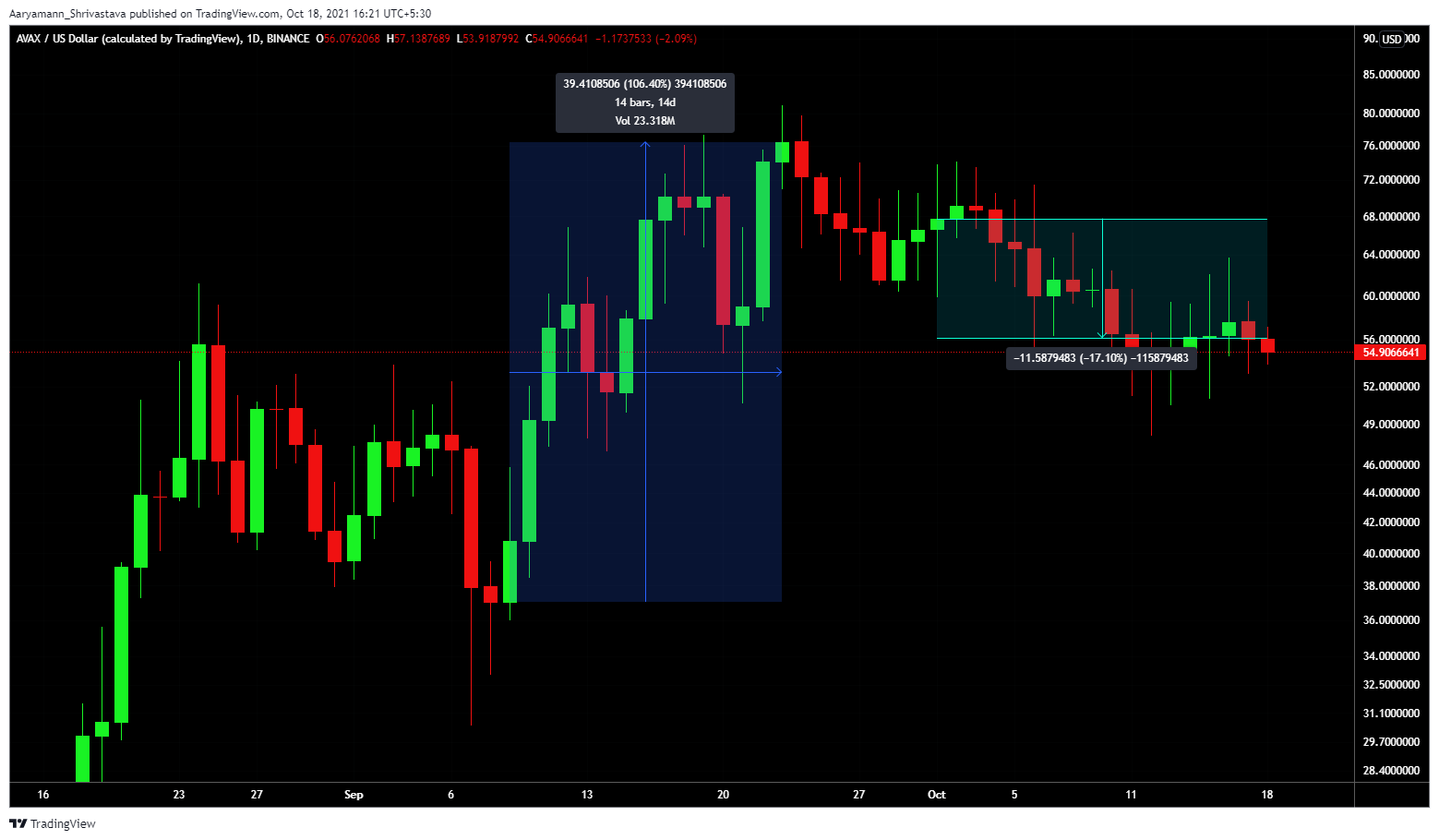 But it looks like that independent pattern is changing as AVAX’s price movement is actually now dependent on the broader market cues.

In the DeFi space it has been performing well, in fact, the scenario is starkly opposite of the spot market there. And even this week Lending – which accounts for more than 55% of all TVL – witnessed inflows. But the growth of Decentralized Exchanges (DEX) over the month has been phenomenal as well. 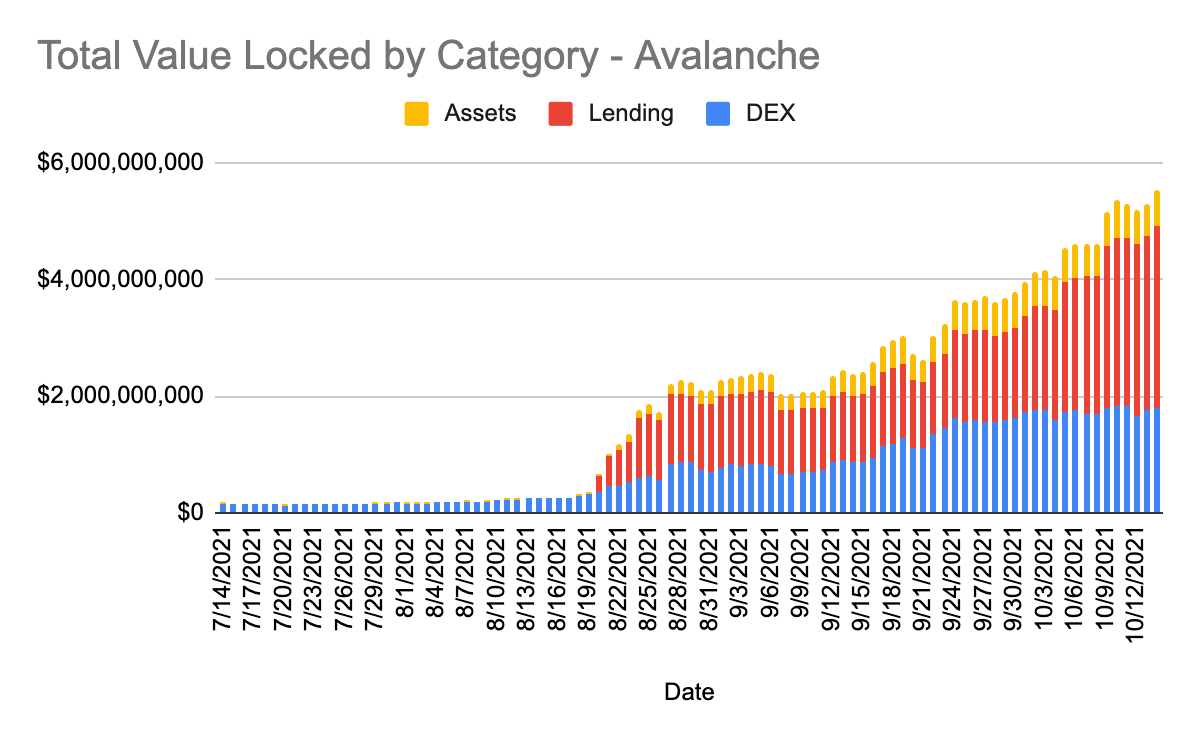 Most recently a DEX known as Trader Joe made some stunning gains in the market. After launching its Lending and Borrowing service, Trader Joe’s Total Value Locked (TVL) went up by 84% in just a week. As a result, Avalanche’s TVL rose by 74% in just 7 days, from $3 billion to $6.72 billion.

However that still did not make any major impact on the overall price movement.

Its correlation to Bitcoin has fallen to 0.46. As long as it was highly correlated, BTC took AVAX up with it. But for this reason it no longer does.

This is why despite the confusing signals from the spot market, investors’ bullishness remains undeterred. It’s now actually rising further.

But it’s all just a blip probably since the real volumes of AVAX are less than $52.38 million and even its returns as per the investment have fallen to negative 0.86, which is a 4-month low. So investing in this coin right now would be a pretty bad decision since indicators do not appear particularly attractive. 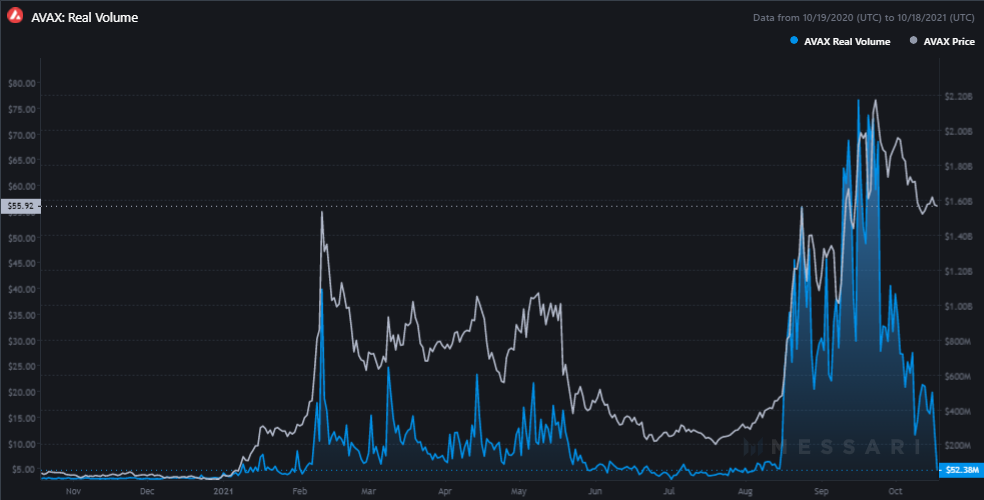 It will be a while to see if AVAX will be affected by any rally or continue to operate independently.

Can ‘newfound respect’ for Shiba Inu help it cross $1