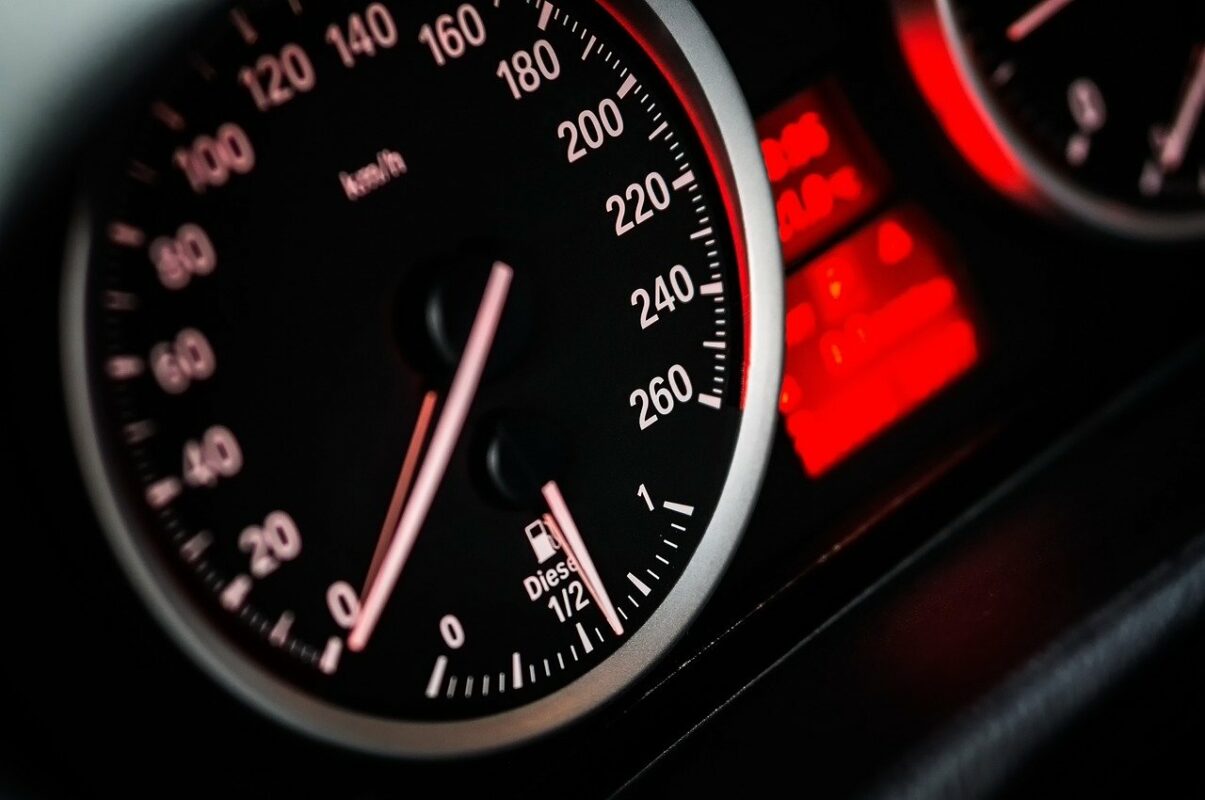 Ranked 32nd by market capitalization, Internet Computer saw its token ICP trading at $20.7 at the time of writing. It appeared to break the market structure in early January, but the intense selling pressure since then has actually seen ICP register a new set of lows at $19.1, just beneath the $20.9 lows in late December. Where was ICP likely headed next? 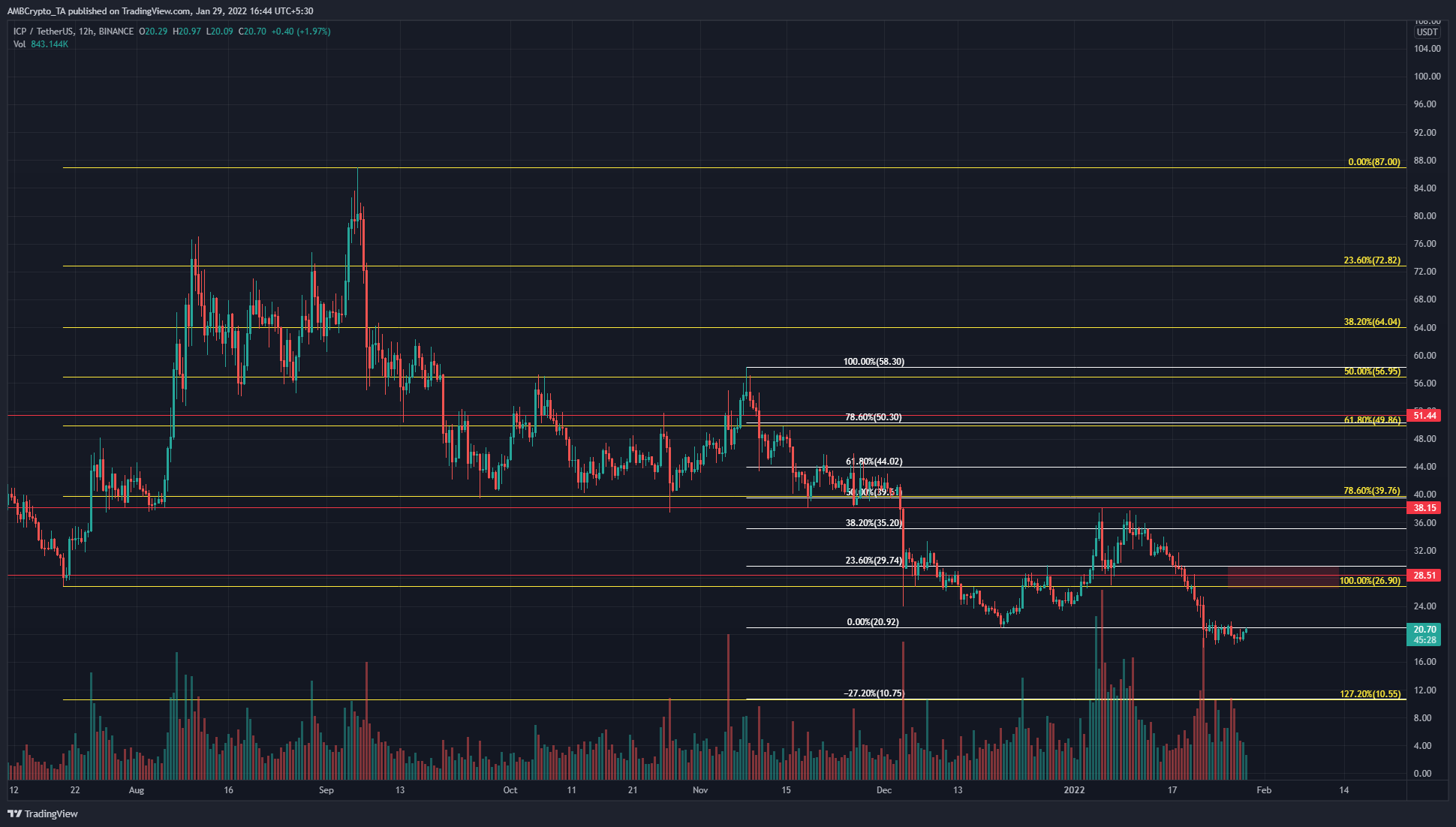 Two sets of Fibonacci retracement lines were drawn for different moves of ICP in the past few months. They showed good confluence at the $39.7 level, and marked the $26.9-$29.7 area as one where sellers could once more step in with strength.

The $28.5 has been a long-term support level, and the price crashed straight past this level in the past month. Price seeks liquidity, and ICP could find this liquidity at the $28 area in the weeks to come.

However, the market structure remained bearish. While a strong bounce was seen from $20.7 to $38, it was followed by a huge plunge. This was not an encouraging sign for the bulls as the price broke beneath the lows set in December.

A move to $28 could occur, but whether it sees a rejection there or can climb higher to flip it to a demand region remained to be seen.

Another interesting thing was that both the Fibonacci sets of levels gave a 27.2% extension level at $10.7. This could be a target that ICP would trade at in the coming months. It is not unheard of for altcoins to lose more than 99% of their value once their hype dies down. 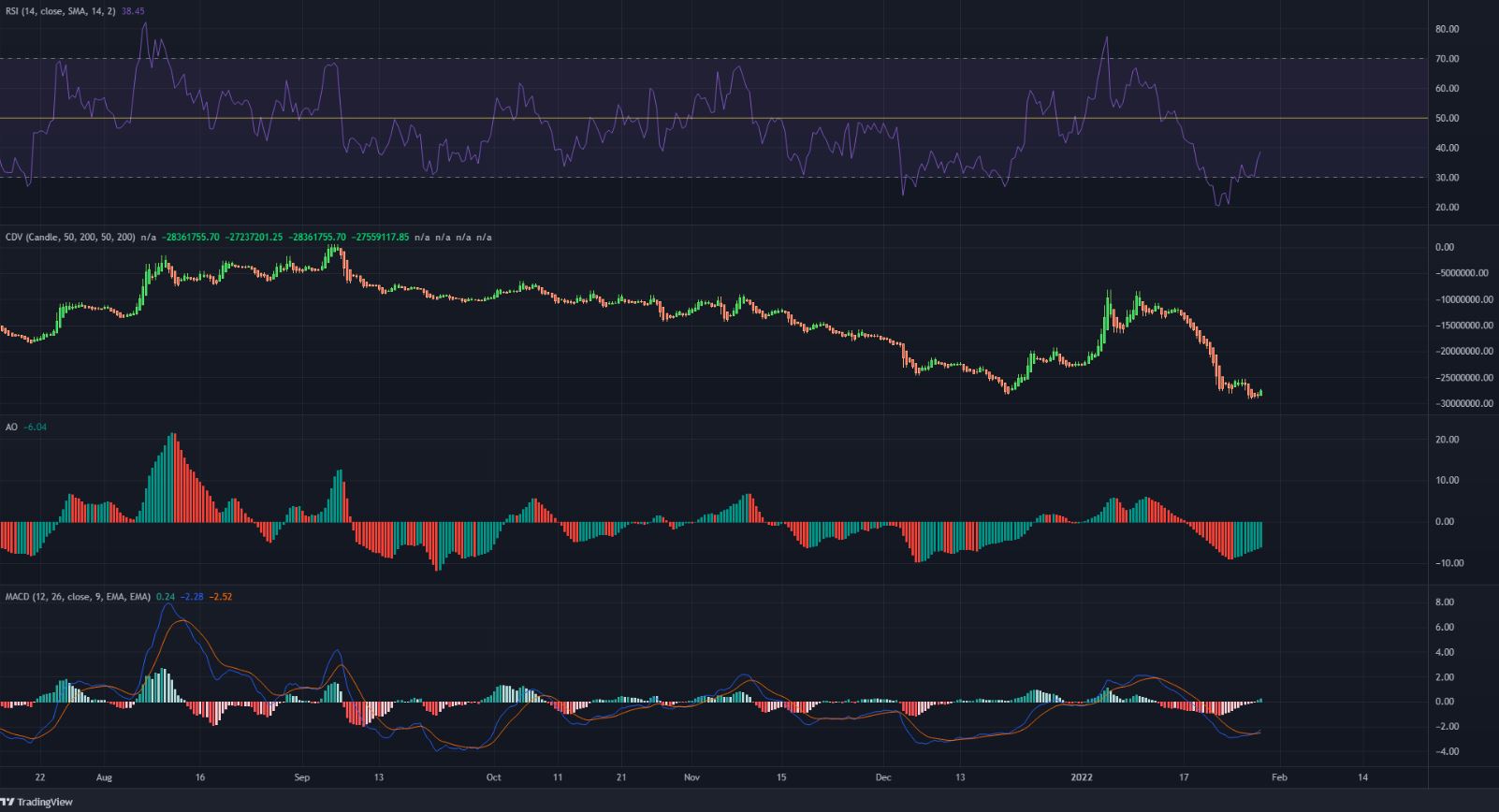 The RSI was climbing from the oversold territory but was still beneath neutral 50. This showed that the bearish trend was yet unbroken, and the neutral 50 area could be revisited once again before a possible rejection.

The Cumulative Delta Volume showed some demand behind ICP’s bounce from $20 to $36, but also showed heavy selling pressure in the past couple of weeks.

Both the MACD and the Awesome Oscillator showed that, in recent weeks, momentum has been strongly bearish. In the next few days, weakly bullish momentum could be seen for ICP as the MACD appeared to form a bullish crossover.

The $28 area will likely hold much importance in the coming weeks for ICP. This was an area bulls would need to flip from resistance to support before they can attempt to reverse the downtrend since September.

This Bitcoin opponent, who swore to never touch it again, buys BTC worth $1.1 million

‘Altcoins such as Ethereum are just scams’: Max Keiser rallies support for Bitcoin