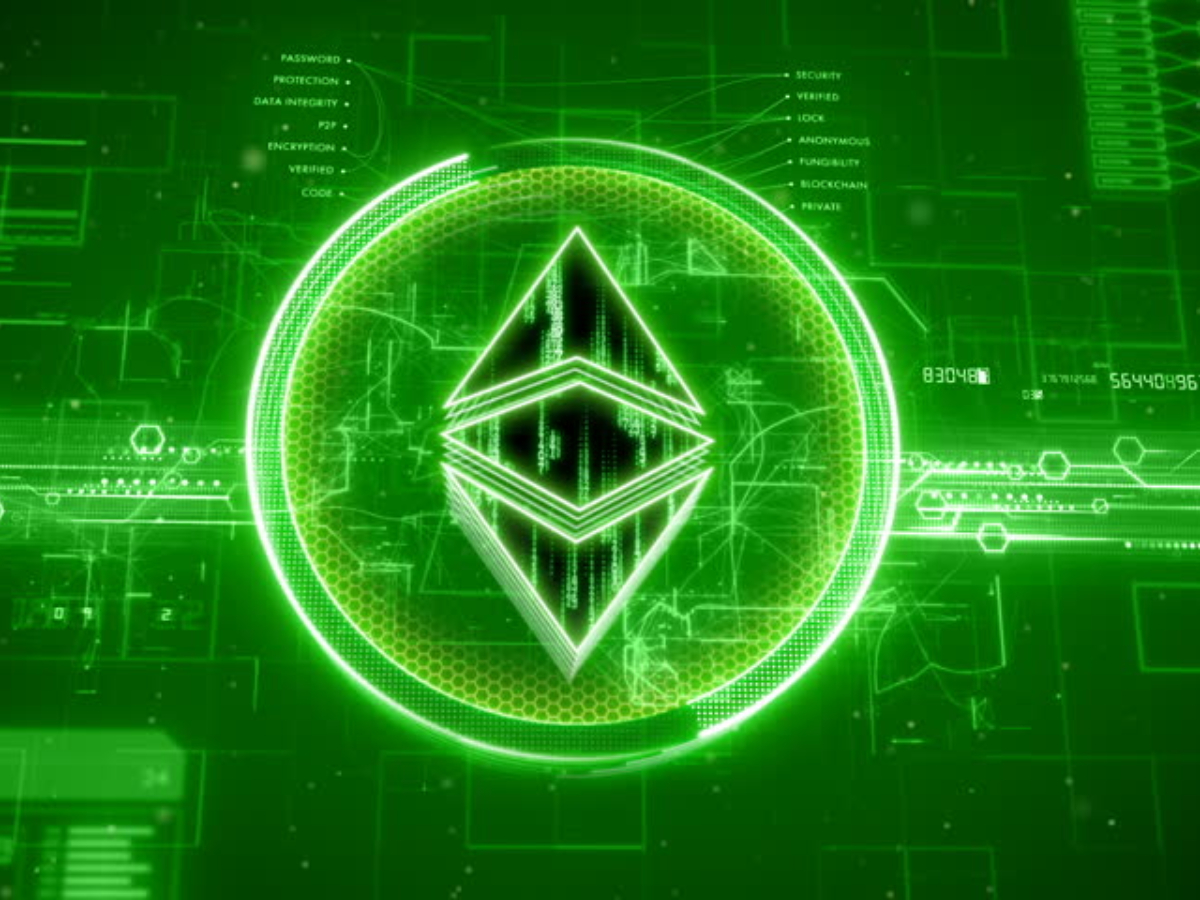 Ethereum Classic has become the latest victim of the Geth exploit which had also afflicted Ethereum about a week ago. The exploit certainly managed to create trouble for the network. How badly was ETC affected by this exploit?

On September 3, the ETC mainnet split due to the exploit which had previously affected the Ethereum mainnet on August 27. This was the result of an attacker discovering an exploit on the “Go Ethereum” client which impacted the older versions of the client. This led the blockchain to undergo an unplanned hard fork.

As per data, soon after the split occurred, over 20% of the mainnet’s hash rate witnessed a drop.

This decline likely came from miners or pools which had been using the unpatched version of Coregeth. In the while that it took for the patch to arrive, the network had already taken a hit. NVT ratio showed that the network value went down, following the exploit.

But more than that, the effect on miners also disturbed the issuance rate of ETC. Issuance saw a fall to its single-day lowest in 2 months to 20.3k ETC. 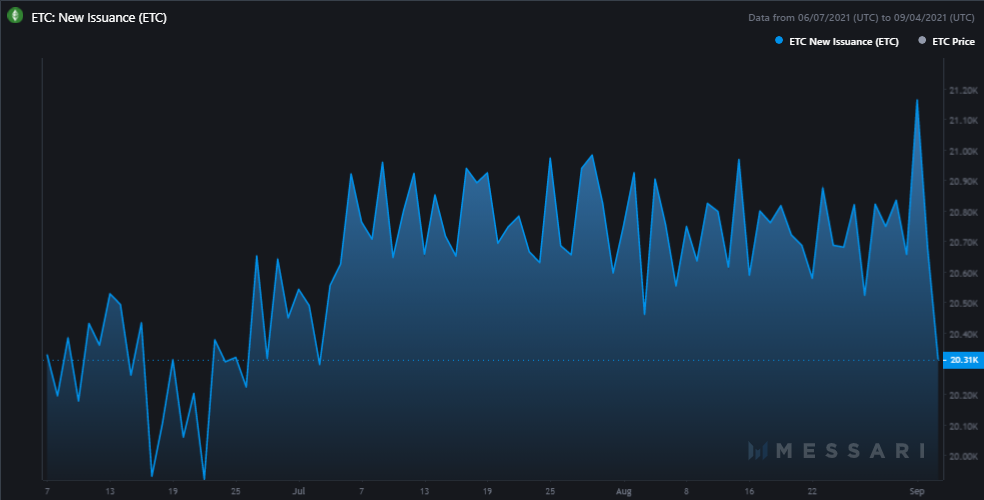 What about the investors?

Investors were not affected much by this bug since nodes were updated soon after. For the most part, they did not witness any major negative impact. Active addresses rose to 37.7k. Daily volumes were intact too, jumping to $228 million. 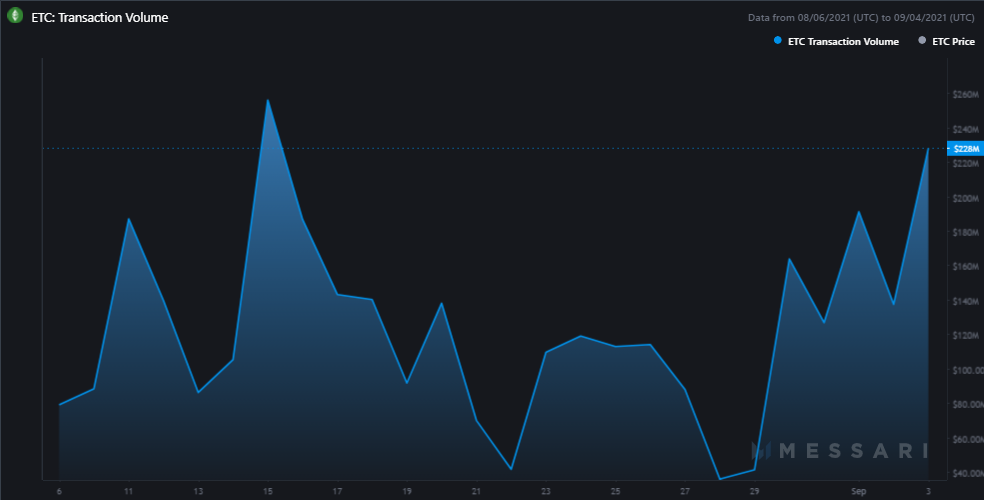 Bitcoin: How can market participants navigate this ‘higher highs’ phase

Litecoin: Traders can set their take-profits at these levels