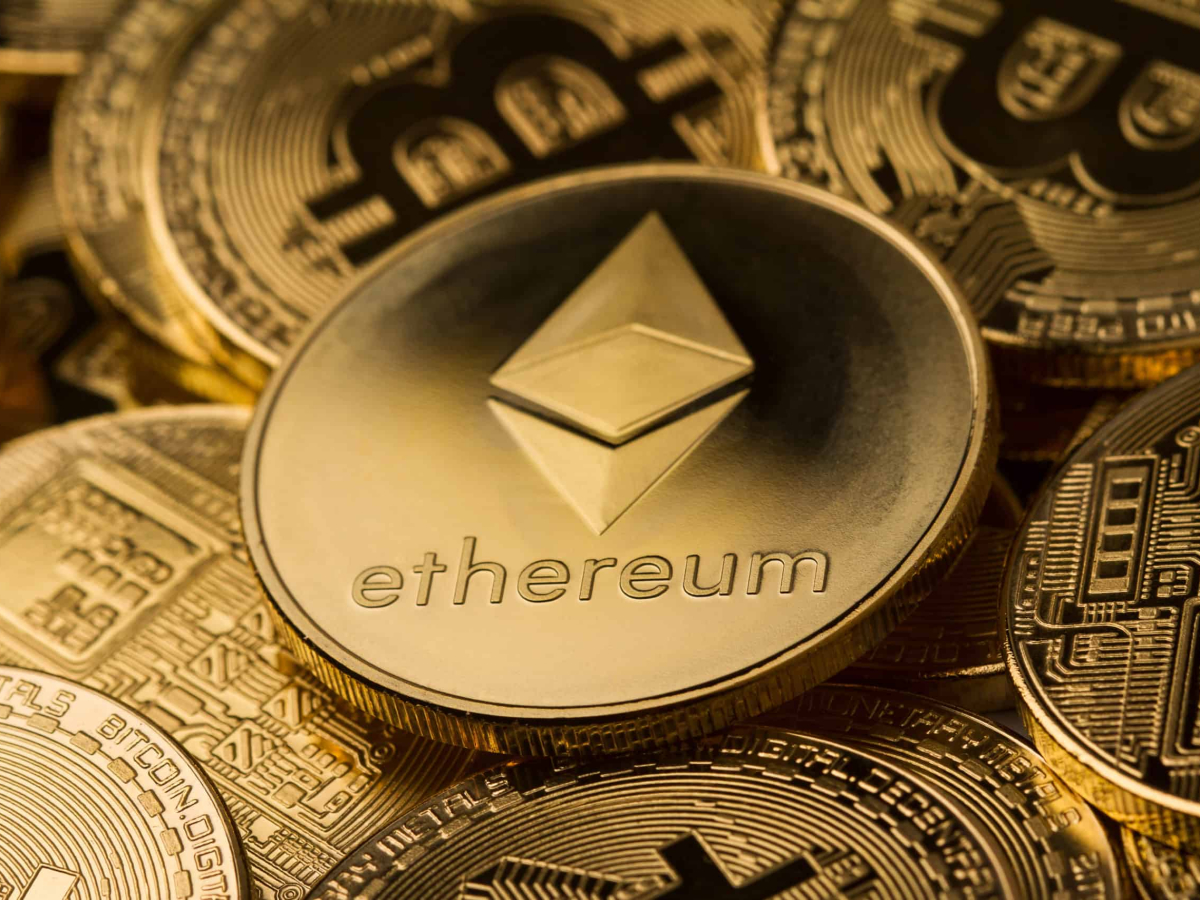 September was not a favorable month for Ethereum. It registered more losses than Bitcoin and a few other altcoins. However, October proved to be pretty supportive. Ether’s month-long rise is creating records with each passing day but the question remains- for how long will this continue?

Ether has been the only coin to consistently note an increase throughout October, including during the last week when most of the altcoins besides Bitcoin consolidated. As a result, on 29 October it finally breached the $4200 resistance and marked a new all-time high.

Further, on 2 November, it rose again by 6.28% and marked another all-time high of $4595. Registering two all-time highs in a single week is not common for Ethereum or any other top coin. So, the pertinent question is – what will happen from here on?

Well, according to the Fibonacci retracement indicator, the new all-time high yesterday was registered above the 61.8% level. Since, the market is still in an uptrend, as observed by the Parabolic SAR’s white dots under the candlesticks, a bounce off of this 0.618 line would only push ETH higher. 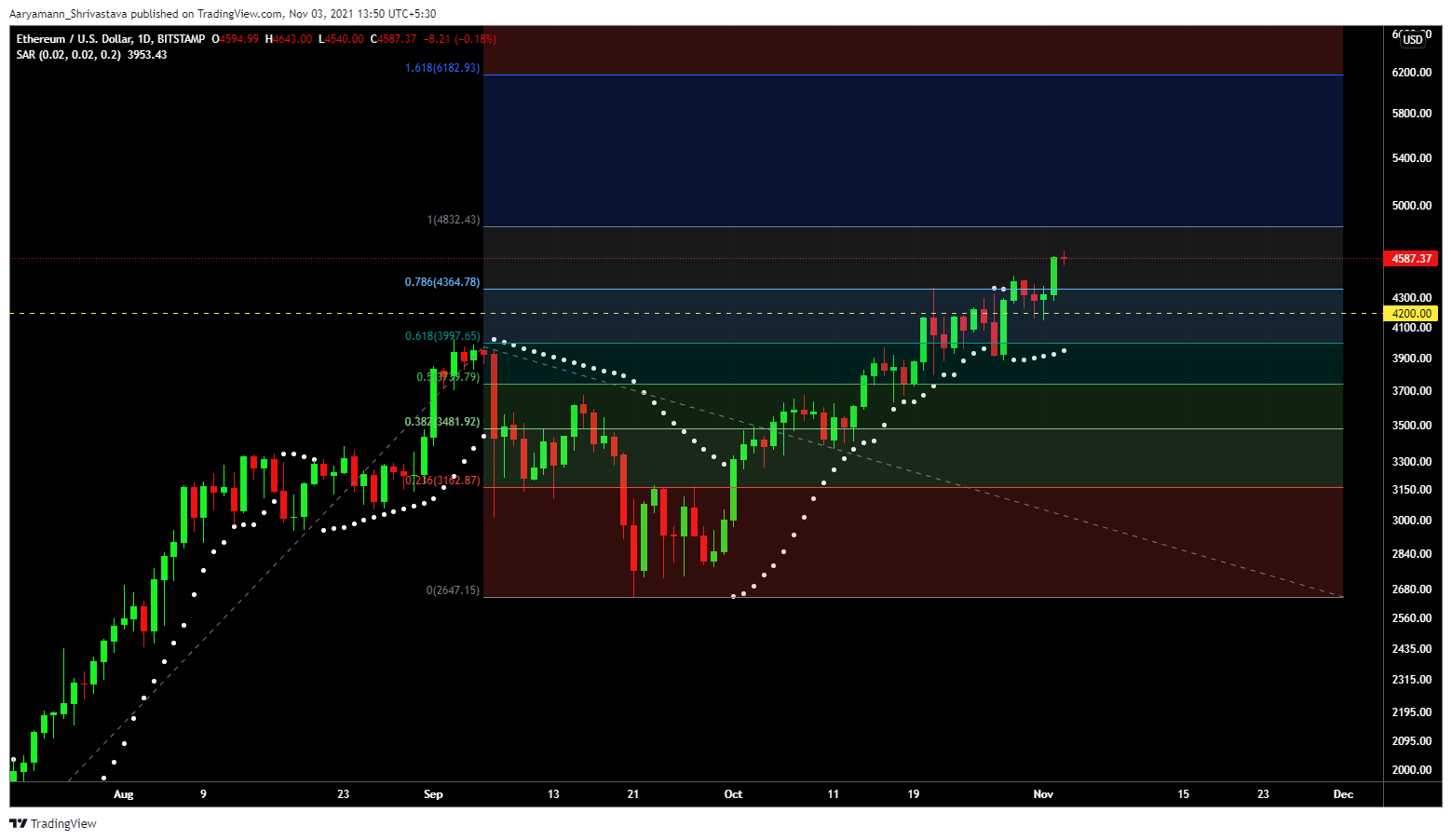 However, a fall below this level would indicate that the rally has failed and we would see a possible consolidation or a price fall. Secondly, the percent of supply in profit is sitting at the same level of 99.992% which it was in May. Consequently, for the very first time since May, all investors happen to be either in profit or in the money, but no investors are in loss. 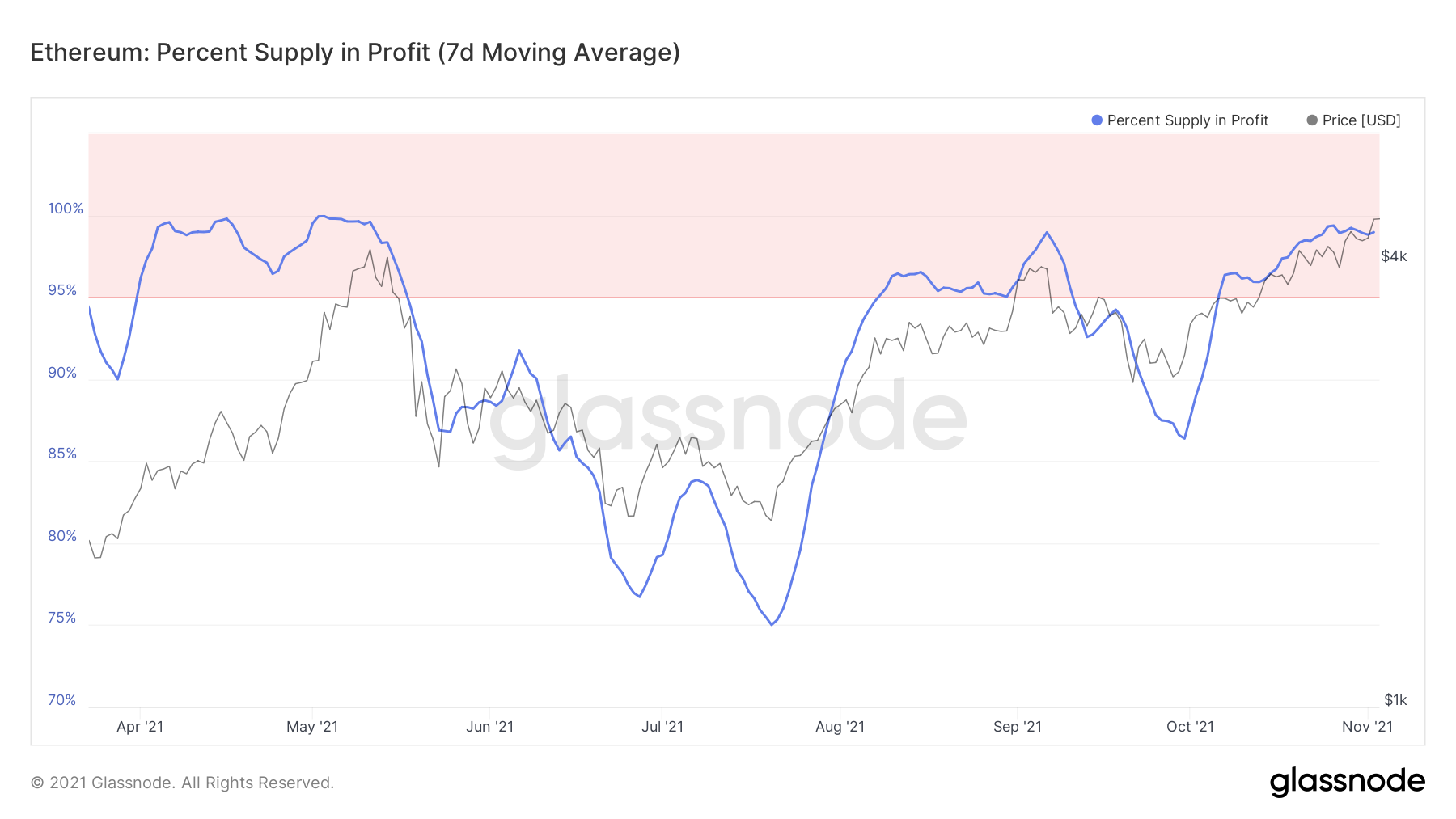 However, investors must remain cautious since the market top has already been created thanks to the 99% supply being in profit. Historically, a market top has been a trigger for corrections, which is why there’s a high chance we could see a reversal at any time.

Even though ETH has been sitting in the zone for more than a month now, it has still been rising. However, it is cementing the possibility of a correction further. Additionally, we can already see mid-term holders numbers rising and some younger cohorts of long-term holders are also increasing.

But the coins between two years and five years have been declining, indicating LTHs are moving their holdings either to take profit or to prevent losses. 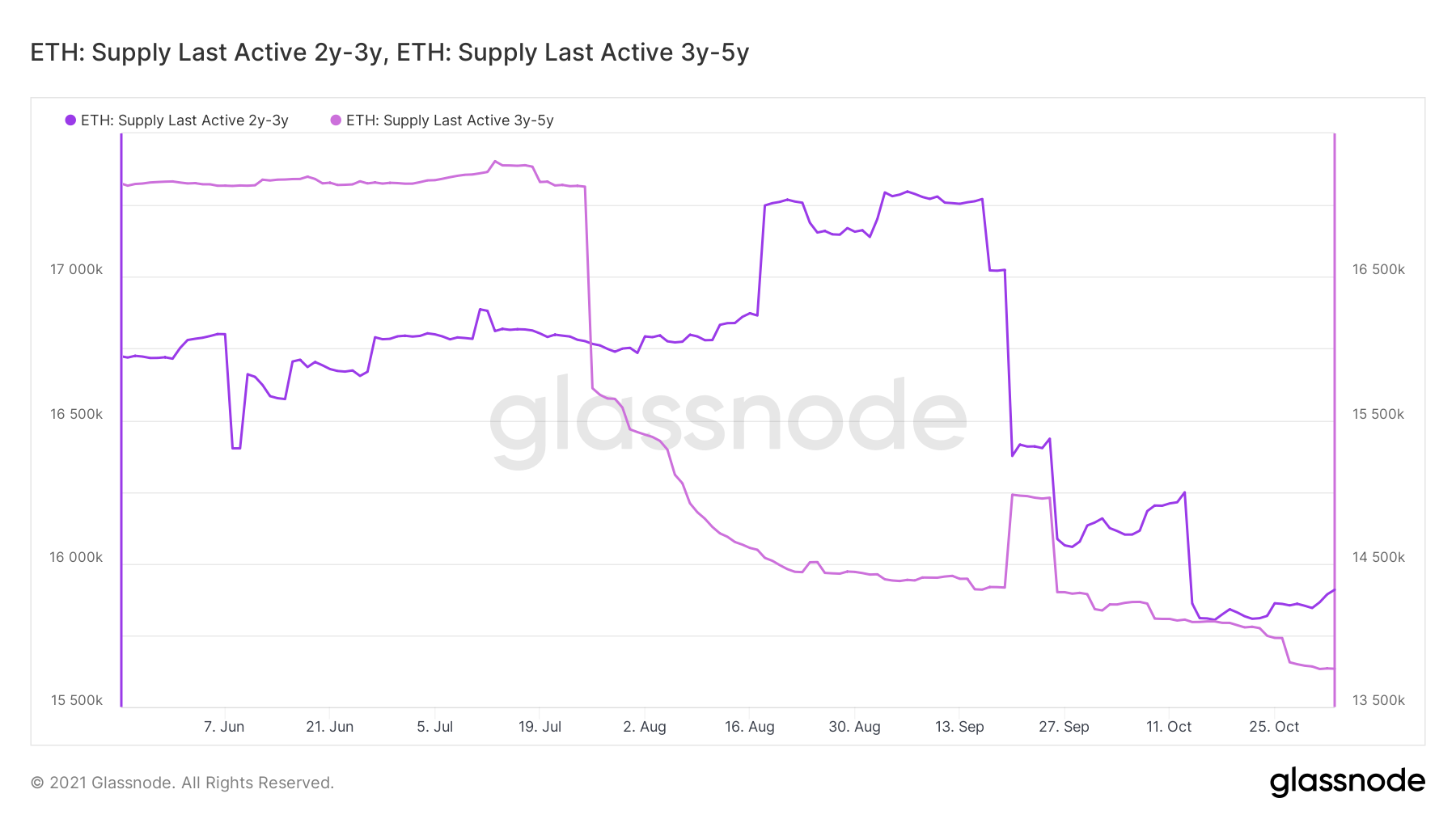 In any case, LTHs are important in stabilizing price falls. They must maintain their positions for now. Apart from that, a correction is on the way, it’s only a matter of “when” at this point.