Avalanche after rising 120% in the month of November has finally entered the top ten coins by market cap with a total market capitalization of above $29 billion. Oscillating at $135.38 at the time of writing, the tenth-ranked asset pushed Dogecoin out of the top ten club charting over 35% weekly gains.

Riding against the tide

With Bitcoin trading at $57,502, as most of the market consolidated alongside the top assets only a few seemed to be riding the bullish wave. Notably, among the top twenty assets, AVAX noted the highest weekly gains followed by Crypto.com Coin.

AVAX’s trade volumes have stayed relatively high all through this month indicative of high retail euphoria. Even though volumes are somewhat lower as compared to the August-September rally, the recent Deloitte partnership pushed the narrative for the alt.

Notably, AVAX broke its positive correlation with BTC around the time that Deloitte’s decision to build its disaster relief platforms on Avalanche surfaced. In fact, after this high-profile partnership, analysts are of the opinion that the same could generate higher demand for the token.

Over the last week, amid the market correction, the total Defi TVL decreased 7.25% to $199.9 billion. However, strikingly Avalanche’s TVL saw impressive growth from $10.2 billion to $11.2 billion up by 9.65% over the same time. 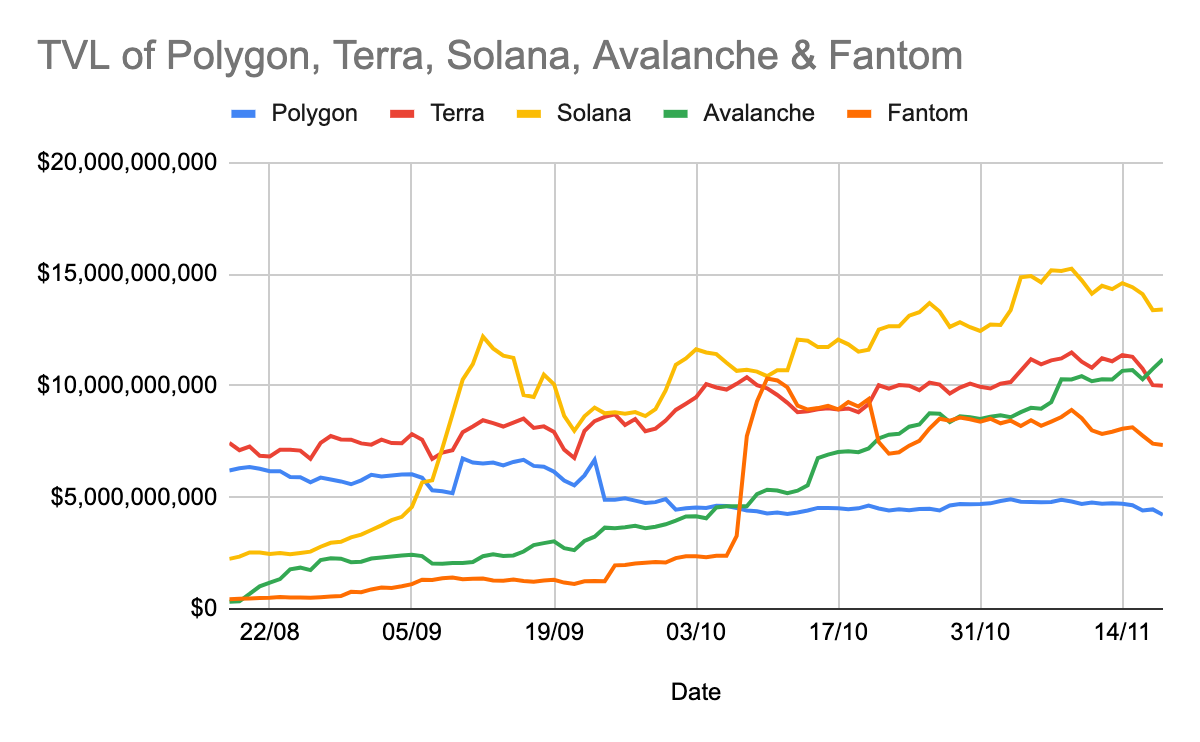 This growing TVL even as the market weakened was indicative of constant institutional interest pouring in. Notably, DEXs and Assets had a substantial increase in TVL with 15.98% and 18.43%, respectively, on AVAX further pumping the chain, while lending was the sector that increased the least with 3.43% gains. 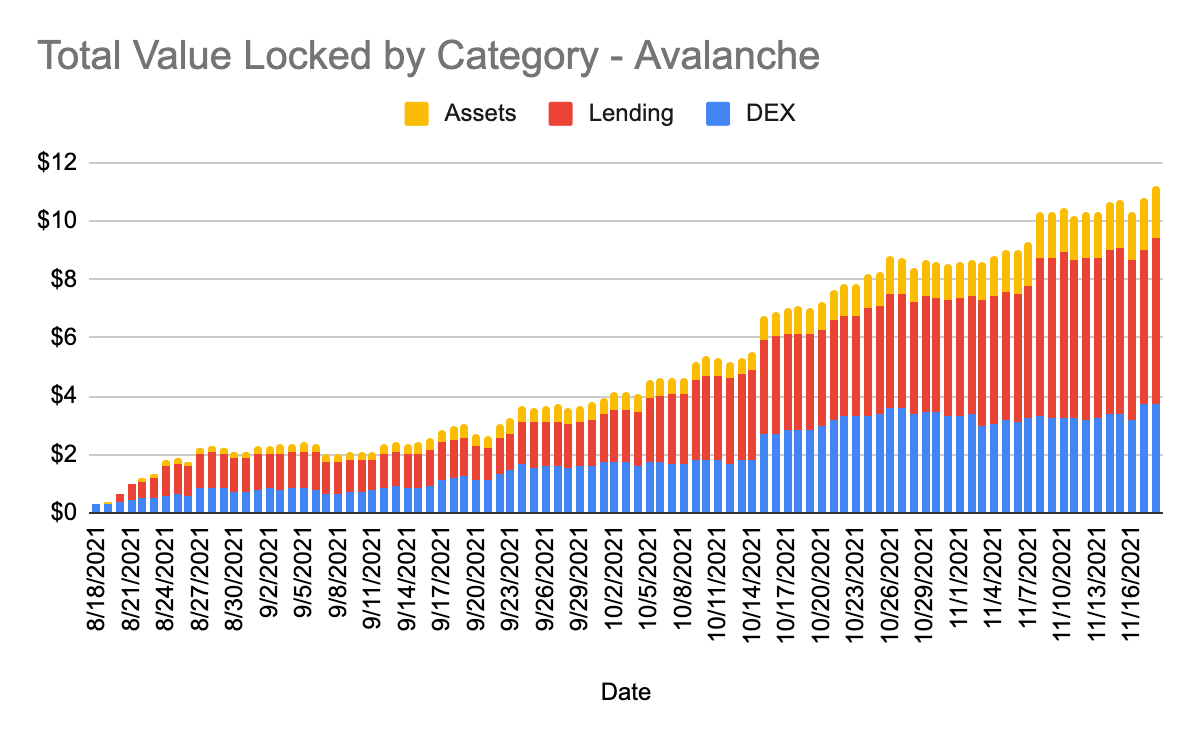 Notably, AVAX’s performance in the Defi space has been key to the rise in price too. AVAX has seen a decent uptrend since the NFT mania as the coin made higher lows for over two months.

AVAX’s trajectory by many on social media has been compared with Solana’s owing to their similar price action on the longer frame. Solana’s run too was especially different because of its independent trajectory and solo rallies. With AVAX taking the same road, it could be possible that the alt sees a similar fate.

As of now, AVAX’s Sharpe ratio was notably going up, charting a healthy growth while its volatility had been maintained at lower levels constantly. However, a near-term correction could be due, looking at the alt’s uptrend and overheated RSI.