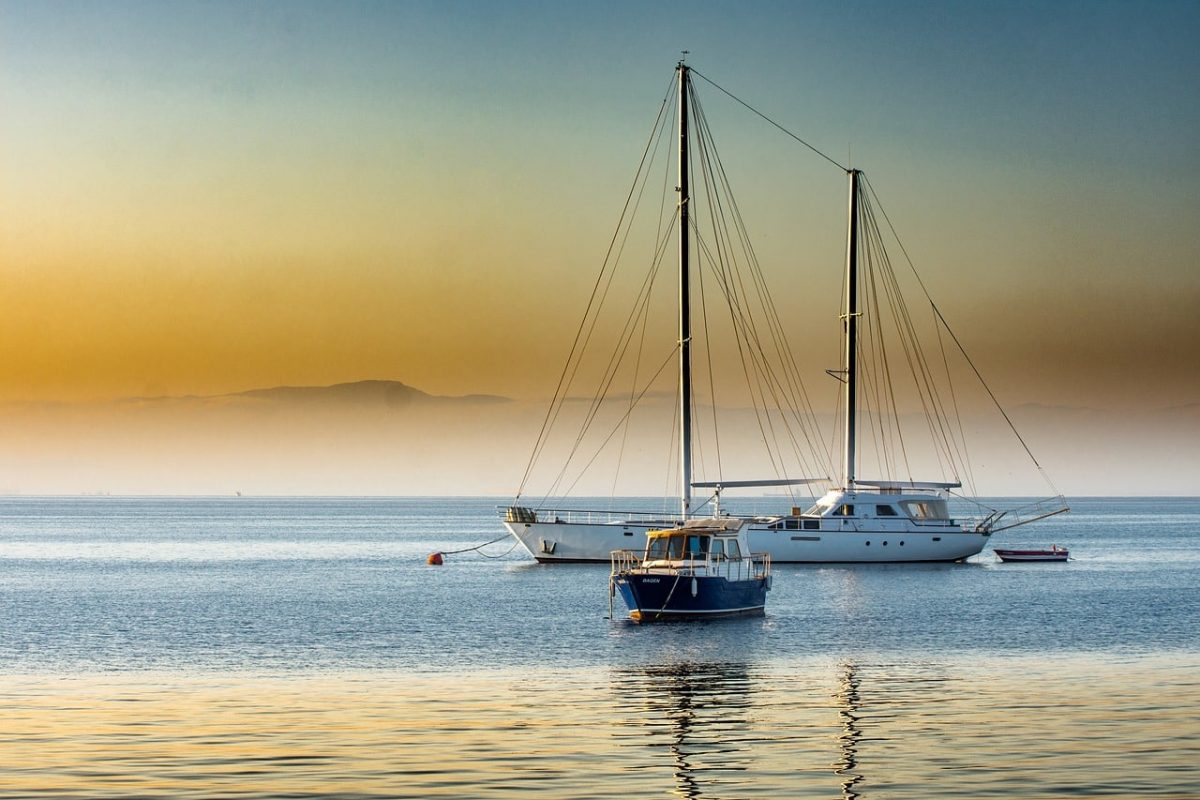 Algorand has gained 16.5% within the past six days of trading, after dropping to a low of $0.1598 on 30 December. This move was appreciable but did not change the higher timeframe trend of Algorand.

ALGO has lost close to 60% in the past two months and faces multiple levels of stiff resistance to the north.

Are your ALGO holdings flashing green? Check the Profit Calculator

Bitcoin traded at $16.8k at press time. It showed a band of resistance at $17.3k, and eager bears can wait for another move higher before entering short positions with conviction. If Bitcoin can break above the $17.3k-$17.6k area, it could herald another small rally for the altcoin market. 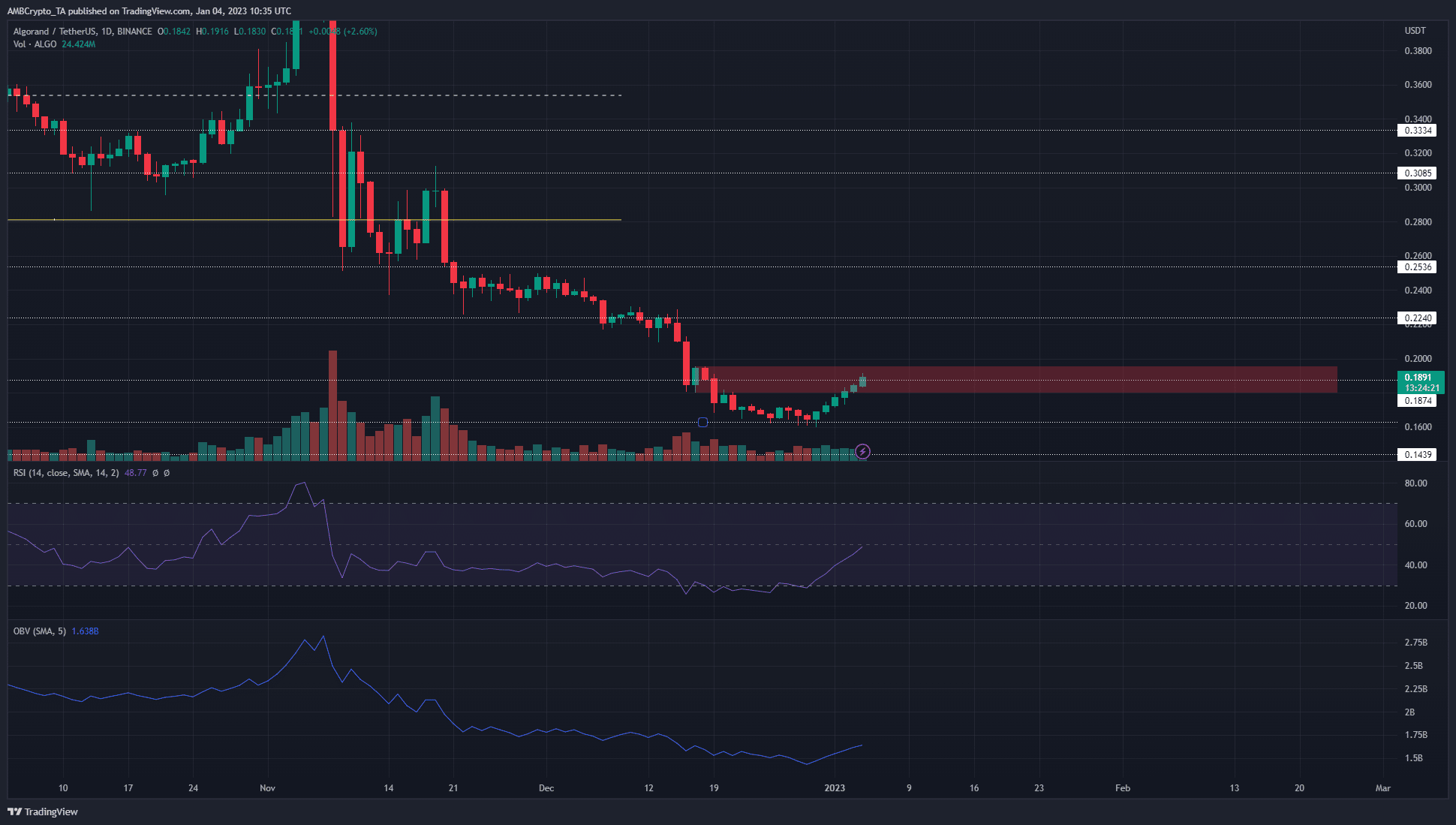 Algorand was able to force a bounce from the $0.163 level of support and climbed to the $0.1874 resistance level at press time. However, the region demarcated in the red highlighted a bearish order block on the daily timeframe. It has confluence with the horizontal level at $0.1874.

The Relative Strength Index (RSI) has not yet breached the neutral 50 mark. Neither did the On-Balance Volume (OBV) show large gains in the past two weeks, despite a lower timeframe shift in trend. Therefore the inference was that this bounce was ripe for selling.

A daily trading session close above the order block at $0.195 will invalidate this bearish notion. It will also break the bearish market structure and shift it to a bullish bias. Thereafter a retest of the $0.19 region can be used to enter long positions.

Until then, the bears are expected to enter the fray in large numbers and force a move downward, to $0.163 or lower.

Weighted sentiment hovers beneath zero but the funding rate was positive

The funding rate on Binance stood in positive territory to indicate long positions paid the short positions funding fee. Given the past six days saw a rise of 16%, this finding was not surprising. The development activity has seen large swings in recent months. It picked up some momentum over the past couple of days.

The weighted sentiment showed the past few weeks did not see much hype or despair behind ALGO on social media platforms. Meanwhile, social dominance has remained relatively steady at 0.6% recently.

Cardano [ADA] holders will not gain without short-term pain, here’s why

Bitcoin sticks to its bearish patterns despite miners revising their operations