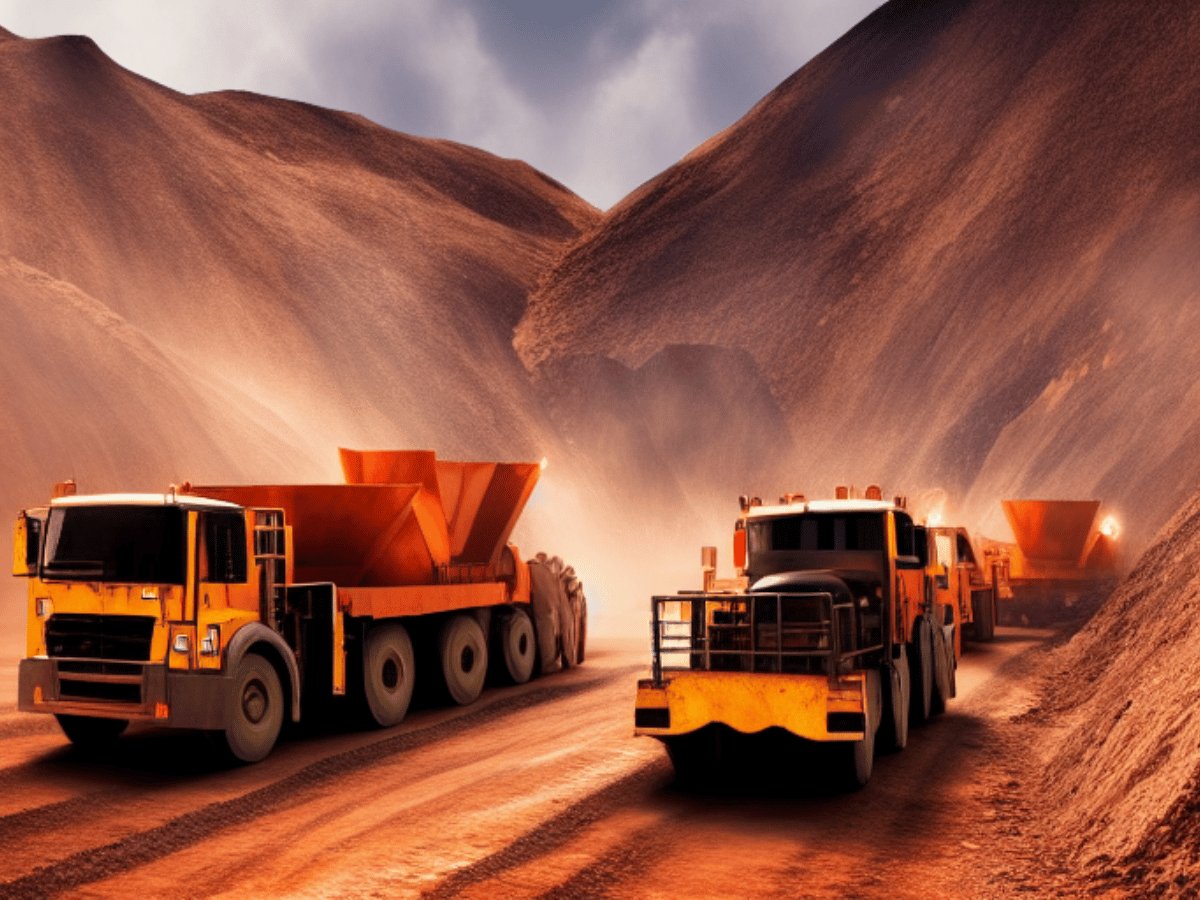 For most of 2022, Bitcoin [BTC] miners’ activities revolved around selling as their operations became less profitable. However, as the king coin celebrated its 14th year, some miners changed the past years’ norm.

According to IT Tech, a CryptoQuant analyst, miners added 3,499 BTC to the reserves. The increase implied a good sign to begin the year as it reduced selling pressure. CryptoQuant’s data confirmed the effect as miners’ selling power significantly dropped. 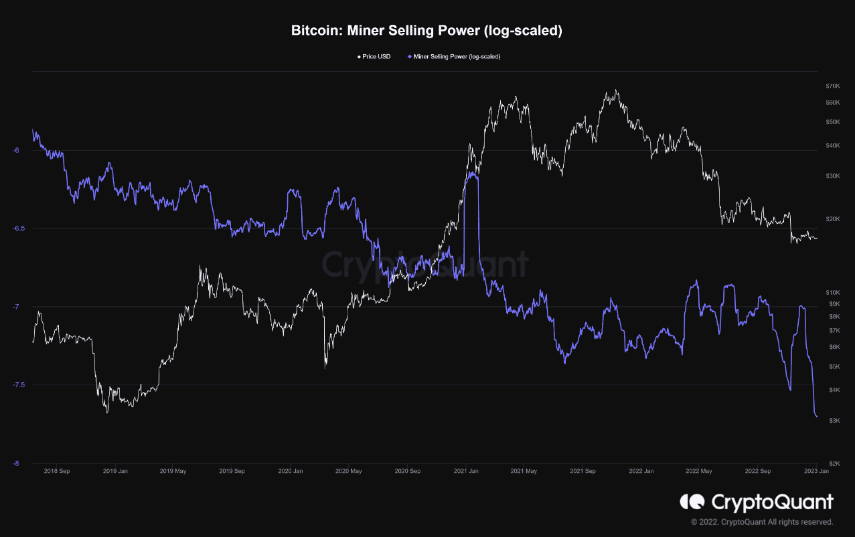 A 0.13x drop in value if BTC falls to Binance Coin’s market cap?

It’s an in-house play for Bitcoin

Furthermore, IT Tech pointed out that the transactions following the addition were internal plays between miners. Noting that the transfer was to ‘Poolin’ miners, the analyst stated,

“+3526 $BTC was added exactly at the same time when reserves increased. So it’s a high probability that there was movement between miner’s wallets.”

The validity of his opinion was established by the status of the Poolin miner wallet. At press time, data from community-based analytics platforms revealed that a spike in Bitcoin reserves on the address. 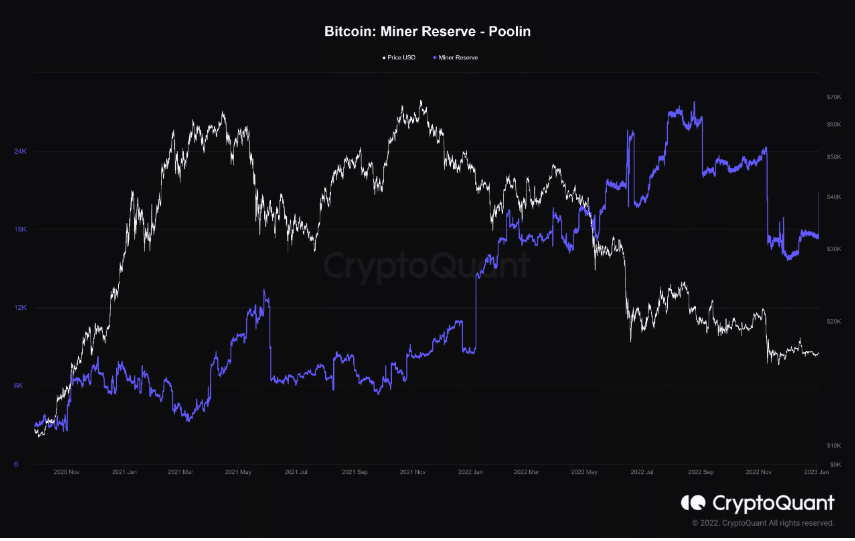 Notwithstanding, the change in stance did not automatically produce a positive outlook for Bitcoin. According to Glassnode, BTC issuance remained extremely low at 556.25. The issuance can be termed as the total amount of new coins minted on the Bitcoin network.

Hence, the static condition implied that a spike in reserves added no value in miners’ pursuit of adding to the current supply. This also spreads to the inflation rate. This metric represented the percentage of new coins divided by the current supply. A decrease in both metrics meant a high case of inactivity among miners. 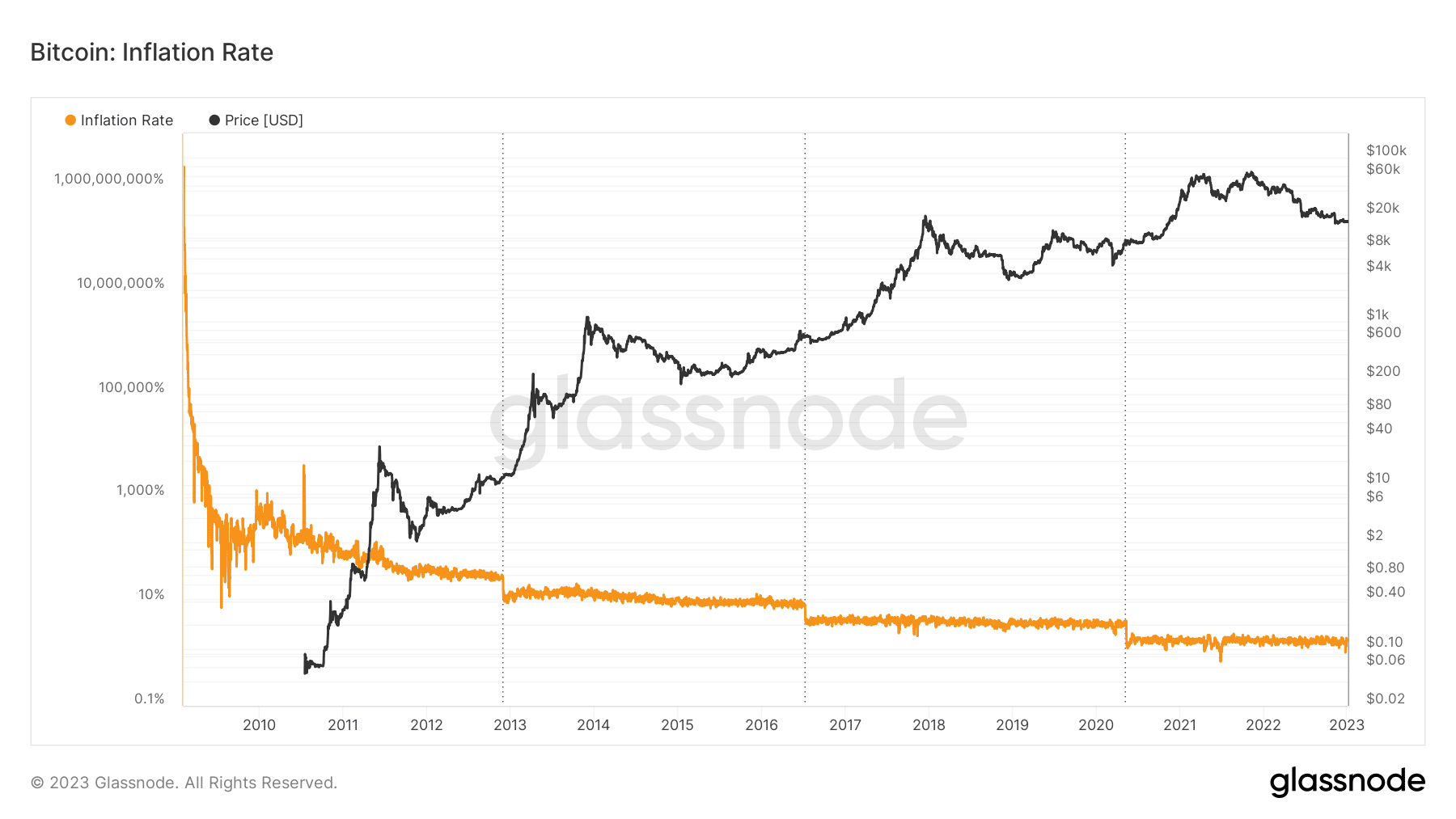 Help is not on the way

Another analyst on the platform, BaroVirtual, posted that BTC’s potential in the short term was undoubtedly bearish. In his publication, the analyst referred to the trend exhibited by the Relative Strength Index (RSI).

In upholding his viewpoint, BaroVirtual cited the BTC historical trend where the value dropped due to the RSI rising state. Based on the chart provided, it was a similar case around the end of 2021. The same also happened between May and June 2022.

Besides the RSI action, the Open Interest (OI) was also at a spot where bearish divergence was the next move historically. The analyst said,

“When the price of Bitcoin decreases or is sideways within a downtrend, and the RSI, on the contrary, rises, this creates a classic hidden bearish divergence pattern, which led to a bearish correction in the previous two (2) times.”