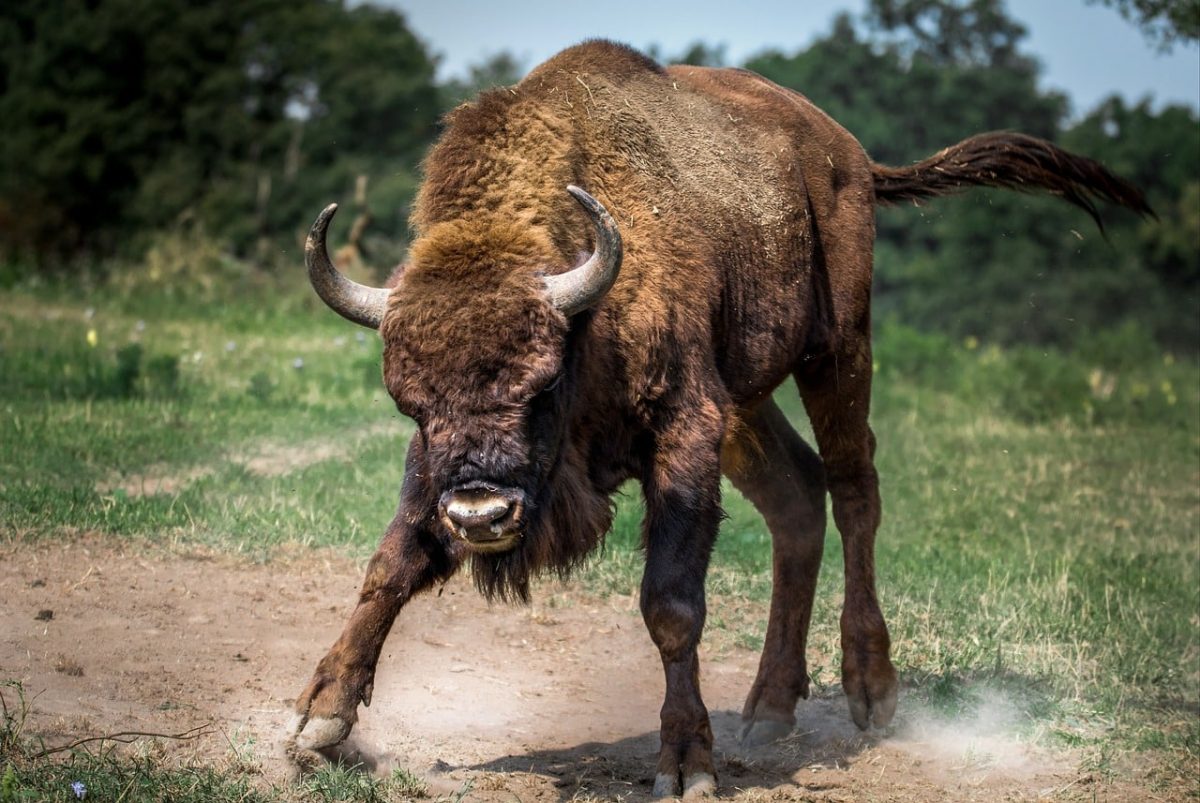 Bitcoin [BTC] was in a phase of lowered volatility on the price charts after the FTX saga. Sellers could be considered as dominant from a longer-term perspective, but bulls could force a move higher. This already commenced for Algorand.

ALGO bulls were able to reverse a sharp drop beneath the lows of a six-month range. Furthermore, if they managed the flip the $0.3 area to a demand zone, another 8-10% move higher could commence. 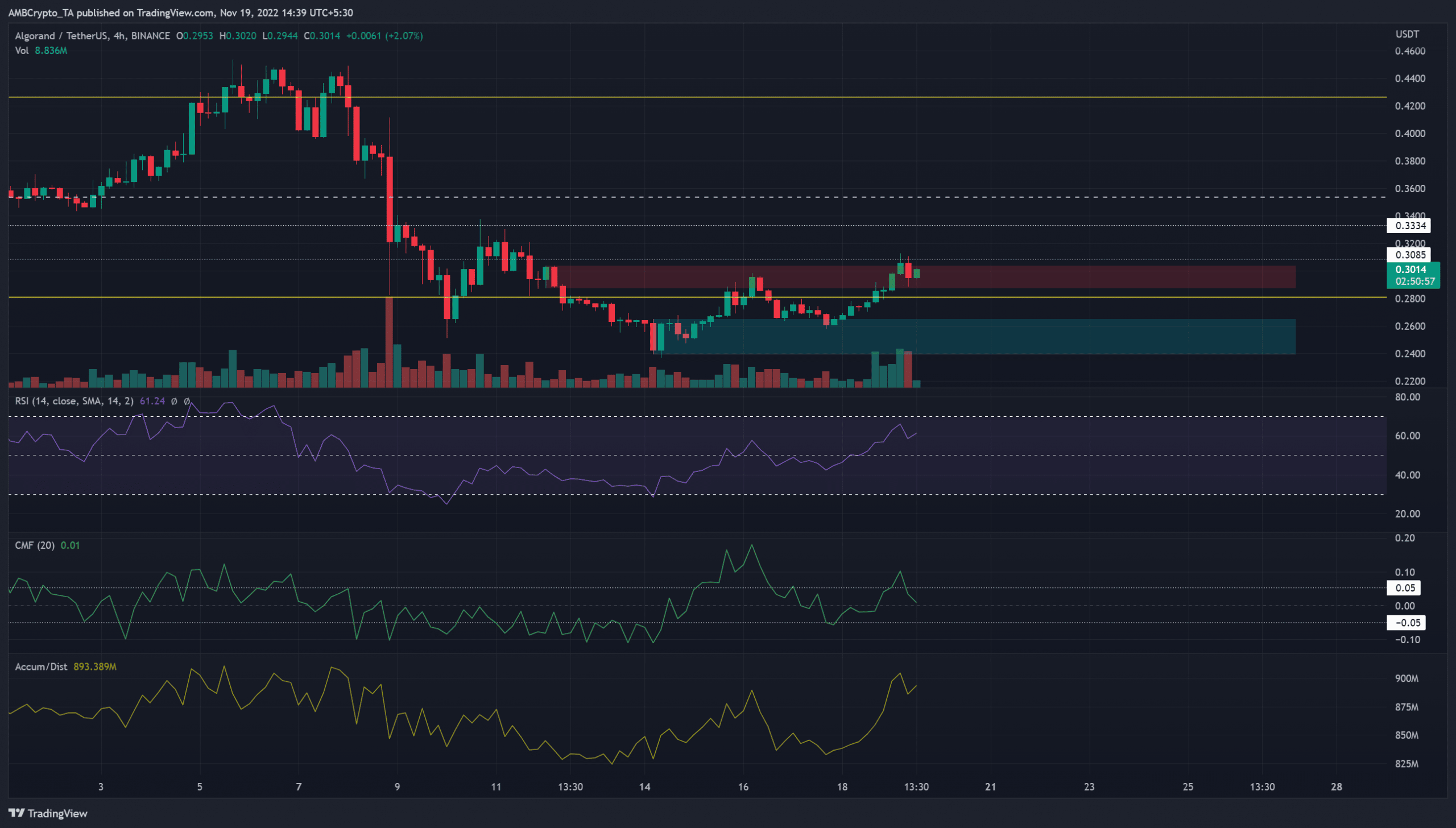 A range that Algorand has traded within since May was marked in yellow on the price charts. The recent wave of selling pushed the prices The four-hour charts showed some degree of bullish confidence in recent days. The Chaikin Money Flow (CMF) has been above the 0 mark, although it didn’t yet climb above +0.05 to show significant capital flow into the market.

The Accumulation/Distribution (A/D) indicator did an about-turn in the past few days. All the selling volume since 7 October was counteracted by the recent wave of buying. Meanwhile, the Relative Strength Index (RSI) also hauled itself back above the neutral 50 mark to show bullish momentum on the rise.

The bulls have won this battle, and have repelled the bearish forces for the time being. They assaulted the bearish four-hour order block at $0.3, and a move above could see this zone flipped to a bullish breaker. Significant resistance levels lay at $0.33 and $0.35 as well.

Social volume witnessed growth since October despite the price action

Social volume has been on the rise since early October. Correspondingly, the social dominance metric did not follow it higher. This suggested that Algorand occupied around the same percentage of social media crypto posts as it did back in October,

The funding rate was positive on Binance and Huobi in the past couple of days. Meanwhile the Long/Short ratio showed bears had the slight edge in the 24 hours before press time with 50.7% of futures positions being short.

A retest of the $0.3 area as a bullish breaker could offer a lower timeframe buying opportunity targeting the $0.33 and $0.35 levels to take-profit.