Bitcoin, the largest cryptocurrency’s bloodshed has created a sense of panic in the market. Consider this, a few days ago Bitcoin dropped below the long-held support at $30K, ergo, hitting the lowest level since Jan 28. At the time of writing, the coin was trading below the $34k mark.

After witnessing this incline, one might point at BTC’s reversal signals. Also, factors such as long-term hodlers as well large institutional whales, play their part in market movement. But what about the reason behind Bitcoin’s downtrend?

These were some of the topics for discussion in the recent Unchained podcast with this technical analyst Will Clemente.

Will Clemente, author of the BTC by WC3 newsletter, while speaking during the podcast was quick to acknowledge his thoughts on BTC’s current price trajectory. According to his analysis, BTC’s recent dip was directly linked to short-term holders selling their holdings. Although, recently, this was offset by long-term holders buying. This was one of the reasons why he wasn’t concerned about the current “bear” market.

He saw the market in a mid-cycle consolidation period, even though according to traditional finance, it would project it as a bearish track with price dipping below 50%. BUT, a similar trend was observed in 2013 as well, soon after which BTC plunged. He stated:

He reiterated that “Bitcoin is still in the middle of a bull market as long-term investors continue to scale into the top crypto asset.”

During the interview, Clemente highlighted a few metrics to showcase a strong reversal in the coming weeks. 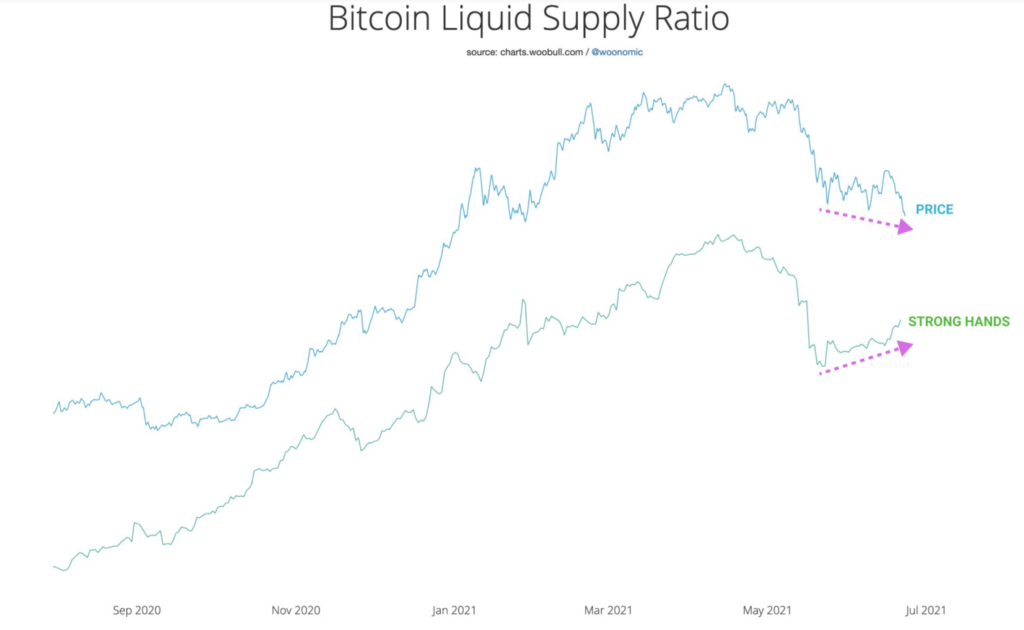 Using the aforementioned metric, he added:

There is a clear bullish divergence in the ratio, with a lower low made in price and a higher high in the ratio. AKA strong hands are increasingly buying as the price is going down.

This metric showcased a “higher high in the ratio while there’s a lower low in price.” Furthermore, it had painted a similar picture in late January. The analyst added:

“The last time there was a bull div this clear was in late January when the price went on a strong rally following.”

“There’s water spilled all over the table, we use a piece of cloth/paper towels to wipe down the spillage. These hands, the strong hands are the long-term holders to clean the bloodshed.”

To conclude his analysis of on-chain fundamentals, the analyst added:

“These metrics may not predict immediate (next few days) price action, but I highly suspect a reversal is coming over the next few weeks.”

This particular Bitcoin trend will ‘accelerate hard’ thanks to China