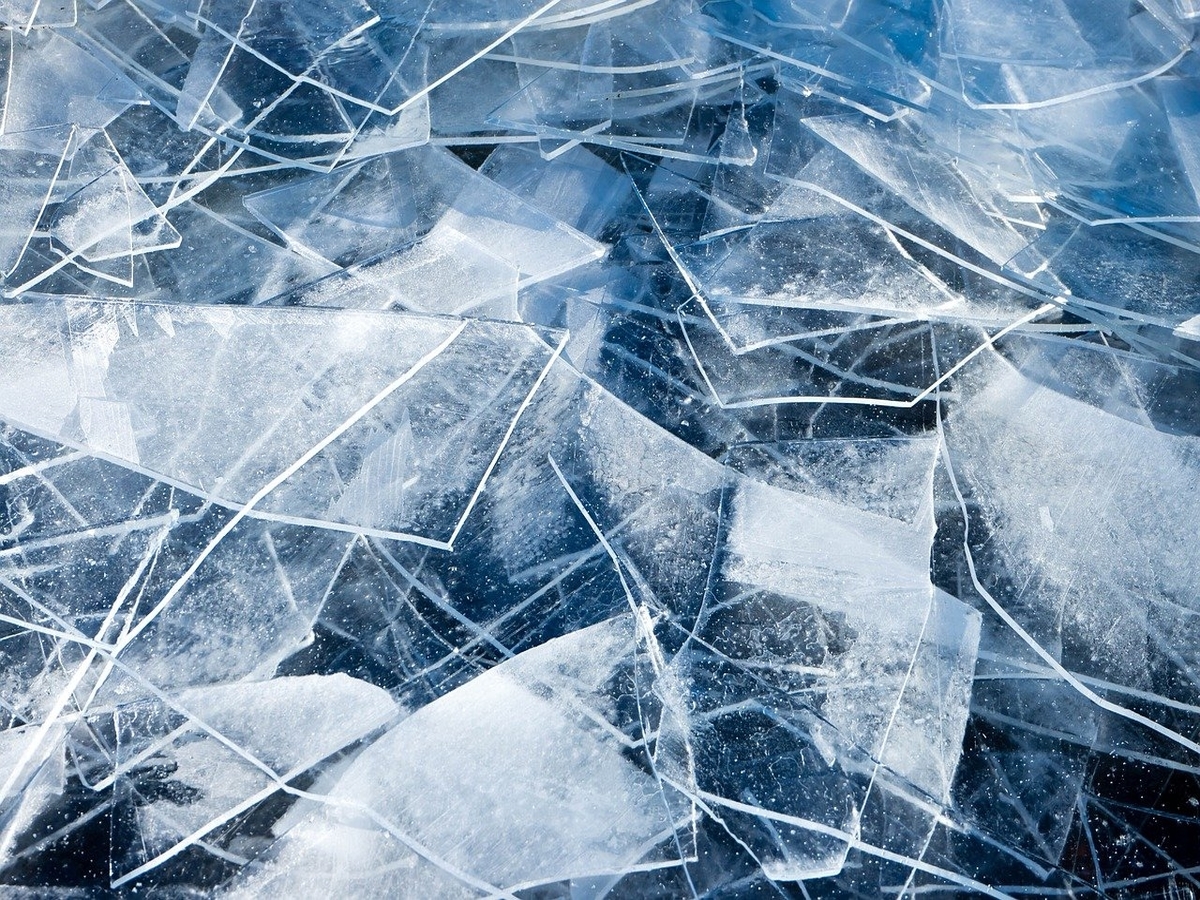 With Ethereum’s demand climbing with every passing day, the alt has already carved a separate niche for itself. Riding on the back of its growing market dominance, the alt’s price subjected itself to new highs of late, before corrections hit the market hard. Nonetheless, Bitcoin maximalists hope that post the ongoing alt-run, the market’s focus would shift back to Bitcoin.

A narrative that is still prevalent amongst these maximalists is that “ETH is still nothing.” Quashing the same in a recent podcast, CEO and founder of Nuggets News, Alex Saunders, asserted that he is excited about Ethereum’s new wave. He claimed,

“I don’t know how they argue that it [ETH] is nothing at this point. You got to adopt… All that’s happening on Ethereum, and these other chains as well, now is really cool. So you’re burying your head in the sand if you’re now saying that there’s no value in these other chains.”

The presence of DApps on Ethereum’s network, according to Saunders, makes its whole ecosystem even more interesting. Out of the overall 3,511 DApps, more than 2,782 are built on Ethereum’s platform, with all of them cumulatively boasting 85.25k daily active users. 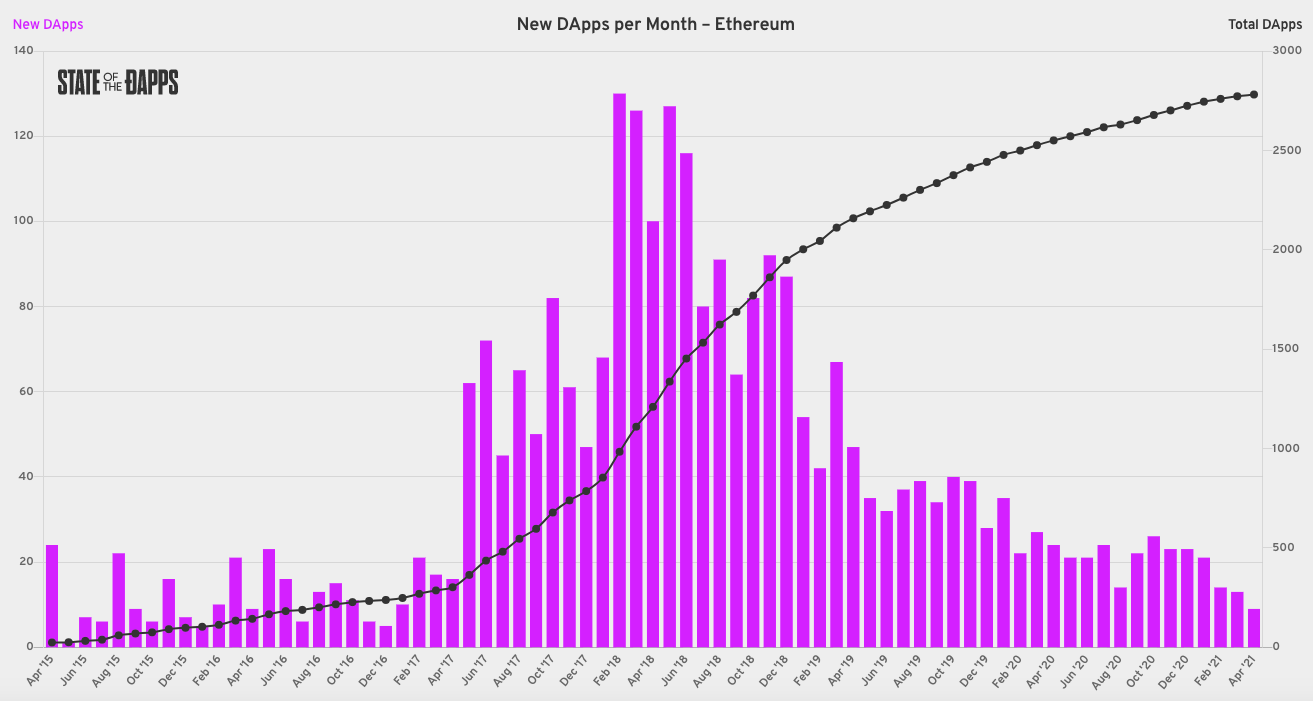 Source: State of the DApps

Unsurprisingly, Ethereum’s network supports the highest number of DApps, however, the number of new applications on its platform has been declining considerably lately.

According to Saunders, Ethereum’s price in the future would highly depend on its scalability. Highlighting the worst-case scenario, he said,

“The worst case would be that they don’t scale up, something else goes wrong and it’s [the price] in the same spot as it is now at the end of the year… In that case where it’s losing a lot of market share, I’d probably expect it to be lower than where it is today, maybe a lot so.”

Sanders was also quick to stress on what to expect from ETH’s price, if everything went on well. He said,

“Uniswap and Tether’s stablecoins are already using a majority of the gas on Ethereum. So if you get all those scaled and fees scaled down to one cent from $10 or 100 dollars, I think that’s when ETH will possibly hit $10,000 this year.” 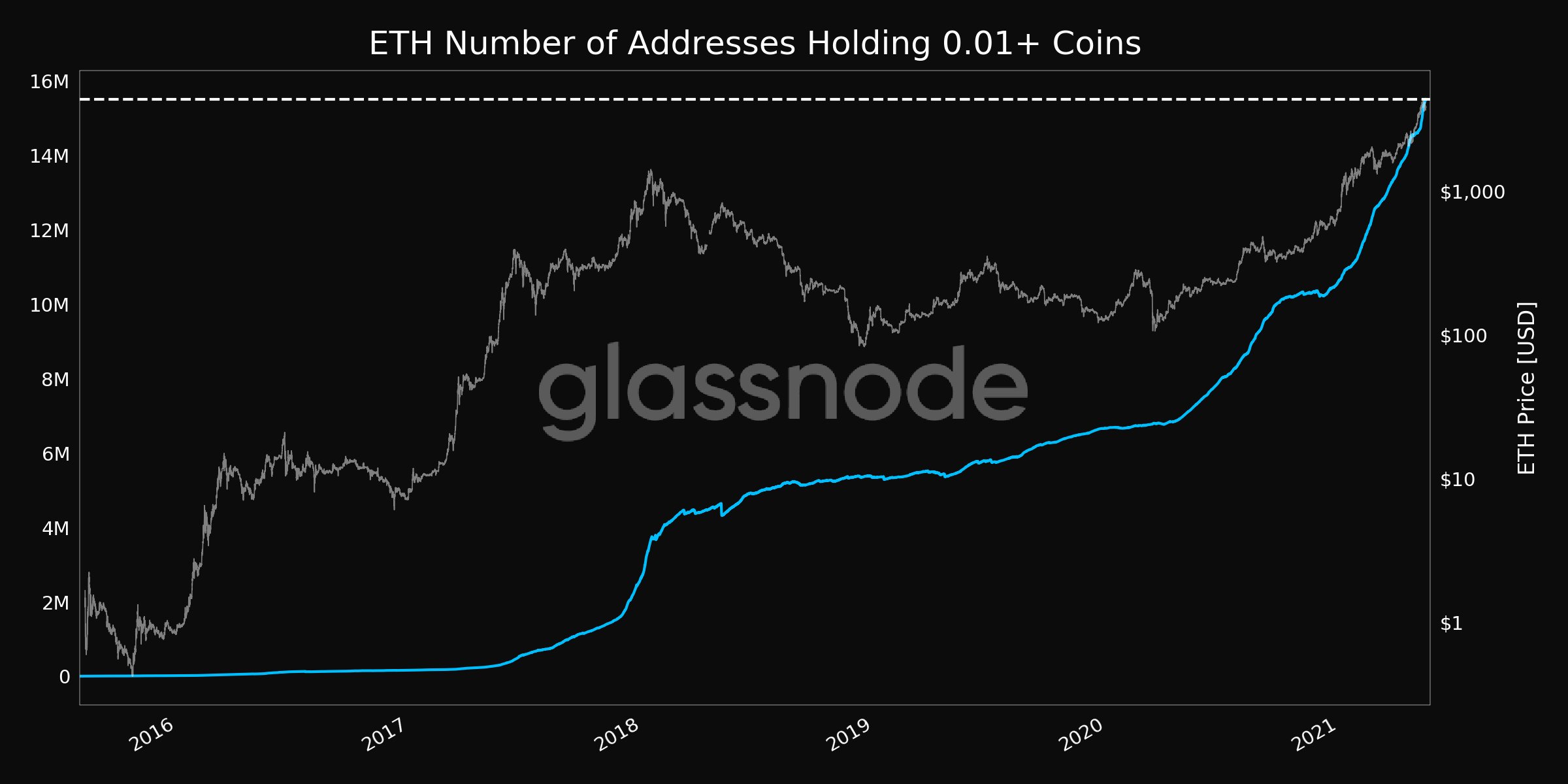 Interestingly, another recent analysis had also highlighted that ETH might be its way to breach the $10,000-mark.

It’s worth noting, however, that the last 48 hours have seen Ethereum, Bitcoin, and the rest of the crypto-market bleed incredibly. In fact, the world’s largest altcoin, at press time, was trading at over $2,900, down 35% from its ATH.