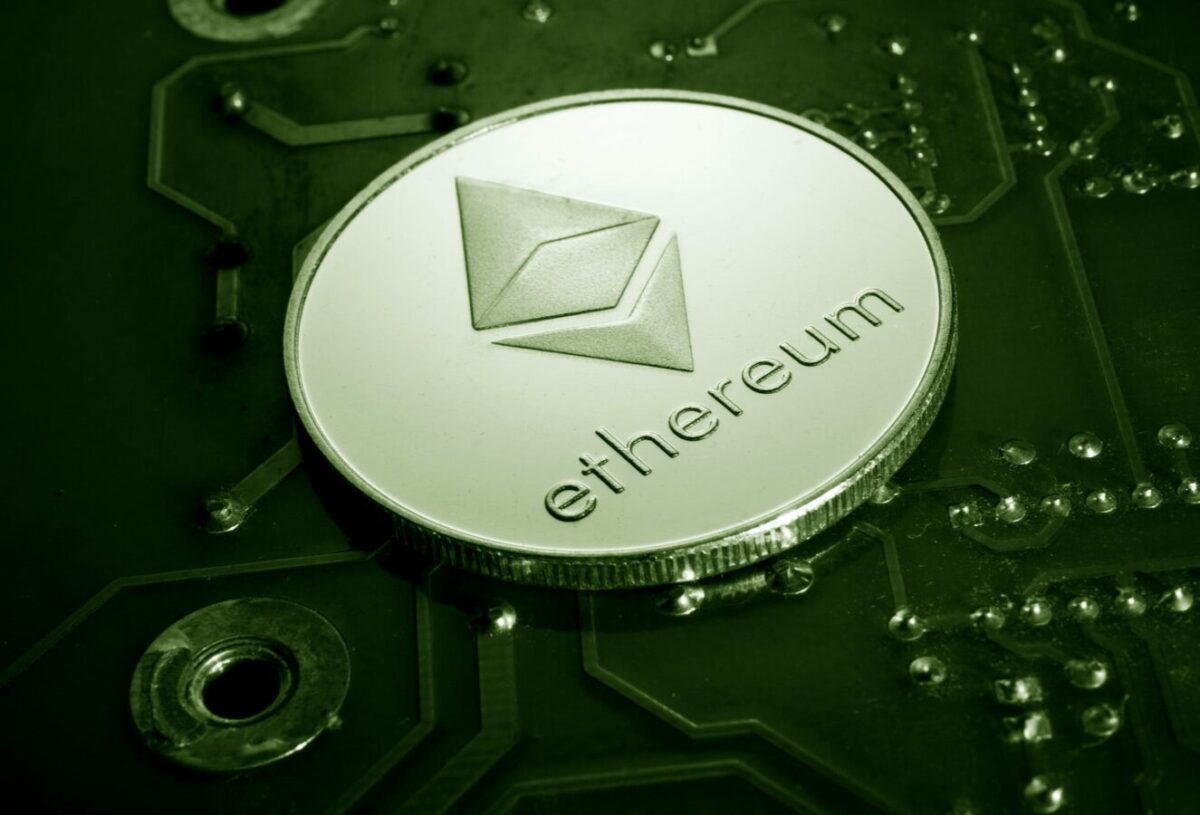 Bitcoin’s dominance among cryptocurrencies impacts the larger market, for better and for worse. When it rallies, so do the other coins, including Ethereum. But when it rallies too much, it may dominate the altcoins to the point of the latter’s loss.

This is exactly what is happening right now after the latest market rally. The best examples for the same are price actions for ETH-USD and ETH-BTC. Keeping that in mind, here are the next important levels that Ethereum investors need to watch out for.

Currently, most of the altcoins in the market are consolidating. This isn’t unusual since a hike in Bitcoin’s dominance fuels an environment of fear. In such a case, the market doesn’t feel safe to prefer an altcoin, with the same being the case now. Ethereum, being the market’s leading altcoin, is projecting a pattern similar to the one seen back in 2016 & 2017.

Back then, it had a major rally but went back down to register higher lows. This supported the eventual bull run that came along over the following weeks. A similar pattern is needed at the moment for Ethereum to register solid northbound movement. 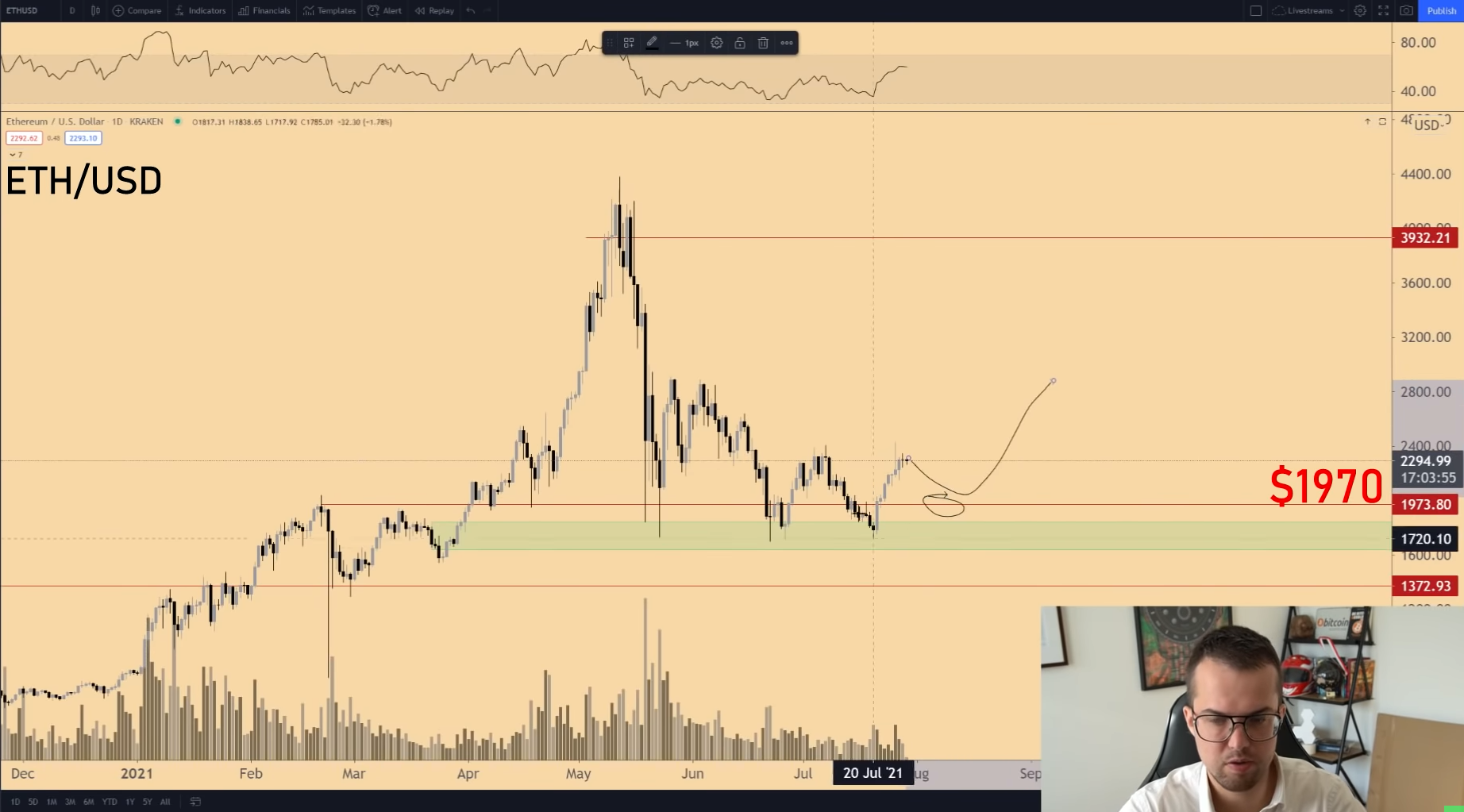 ETH needs to form some higher lows around the $2000-level since that formation will support a rise going forward. Additionally, even Bitcoin needs to make some changes to its price action to support altcoins. In fact, according to analyst Benjamin Cowen,

“So if Bitcoin is going to consolidate here and not going vertical above $42k, that is the moment where altcoins are most likely to surge again.”

Cowen also identified a few important zones for the ETH-BTC pair. At the moment, the pair has put ETH in a downward wedging structure. Ergo, it seems like there is still some potential for a 10-15% breakdown, one that would place the support somewhere between 0.053 – 0.057 BTC.

But, what about investors?

For investors to see any major profits, they will have to wait for the aforementioned levels to be validated. Additionally, ETH has been showing some positive signs in terms of on-chain metrics anyway. For example, Ethereum’s social dominance has been rising at a steady pace.

Social sentiment has made some significant gains too. The market seems to be favoring ETH as average sentiment is at a 45-day high, a hike registered in mere 8 days. Finally, the Net Realized Profit/Loss indicator is also at a 45-day high, with the same in the positive “Belief-Denial” zone. This is good for Ethereum. 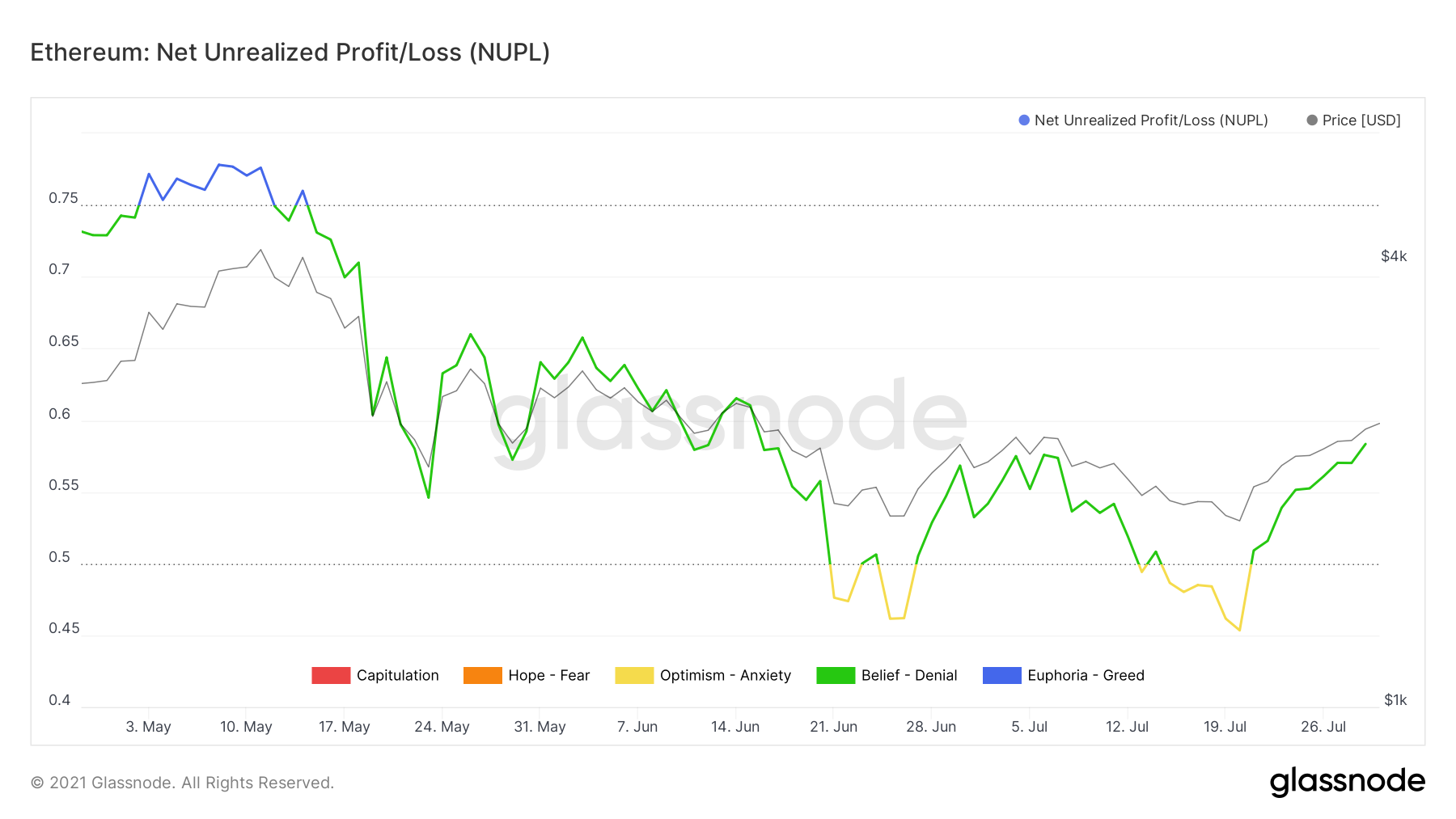 Moving forward, once these levels are substantiated, investors can expect a hike in Ethereum’s price. But, don’t let ETH be your only focus as Cowen said,

“I think you want to start skating into Ethereum…you should be looking into altcoins in general as well.”