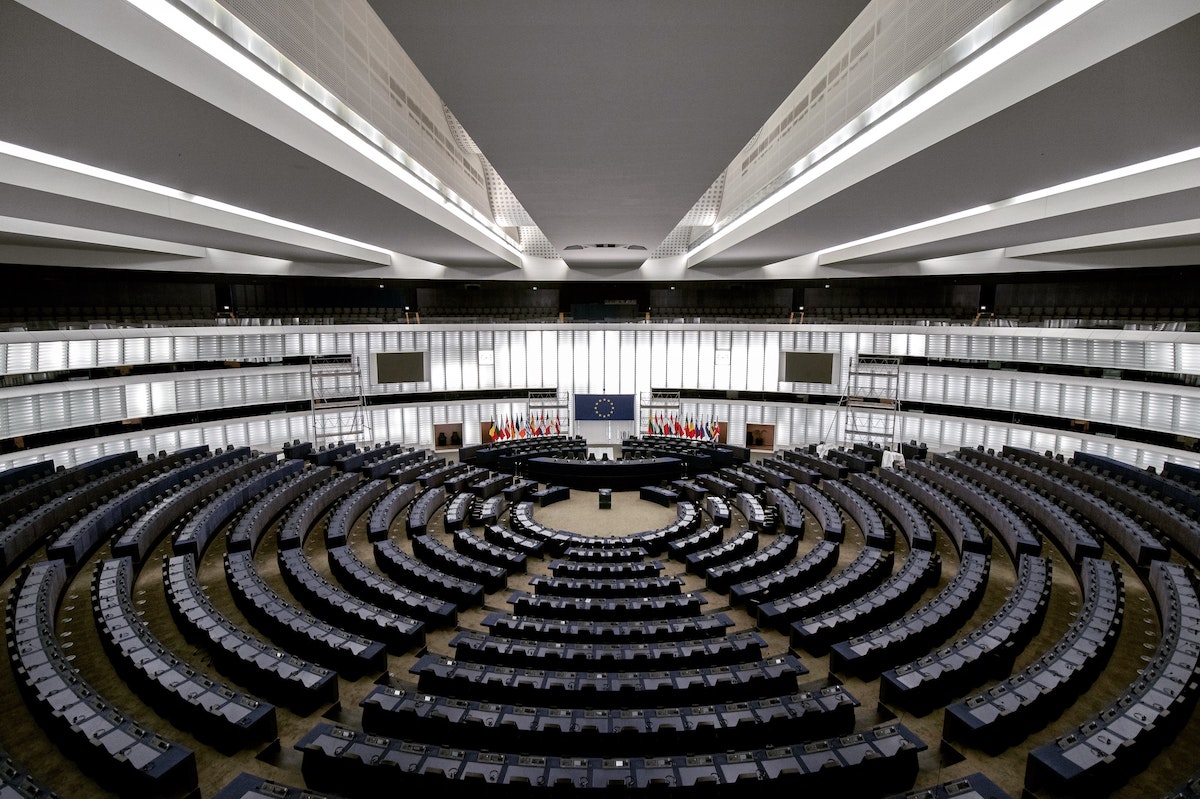 The European Union, on 31 March, voted in favor of outlawing all anonymous crypto transactions. Transactions of any size, both payers and recipients of even the smallest digital asset payment identified would fall under this litigation. Overall, it might be a massive blow for cryptocurrency privacy advocates in Europe.

The ECON and LIBE committees voted to approve an anti-money laundering amendment to the EU’s Transfer of Funds Regulation (TFR). It would require crypto service providers ⁠— usually exchanges ⁠— to verify the owners’ identities of unhosted wallets with which they transact in advance of a transaction. It applies to conventional transactions of over 1000 EUR to the entire crypto sector.

BREAKING: The ECON & LIBE committees of the EU Parliament voted in favor of the FTR compromises D & E that crack down on “unhosted” wallets.

Entire regulation draft to be voted on later today, but will certainly go through.

Breakdown of the vote & more updates in this thread.

Today’s vote passed thin margins, with the two relevant compromises given by 58/52 and 62/51respectively. In general, the left-leaning Renew and S&D parties voted in favor of the changes, while the right-leaning European People’s Party (EPP) voted against them.

The party called the latest changes a “de facto ban on self-hosted wallets”. The next step required the new legislation to go through tri-logue talks between representatives of the European Parliament, the European Council, and the European Commission as early as mid-April.

Against anonymity… or freedom?

Not so surprisingly, these developments faced significant blow back from the Council and Commission and individual crypto enthusiasts globally. One consequence was that transactions between unhosted wallets and cryptocurrency exchanges would become far more troublesome and expensive.

Something that the CEO of San Francisco-based crypto exchange Coinbase, Brian Armstrong warned about. He saw this legislation as “anti-innovation, anti-privacy, and anti-law enforcement.”

1/ On 31 March, the EU Parliament will vote on its proposal for a new crypto surveillance regime. The proposal is anti-innovation, anti-privacy, and anti-law enforcement. Make your voice heard and contact your member here: https://t.co/b3Ll3xXiW4

In addition, Tether and Bitfinex CTO Paolo Ardoino opined that the aforementioned litigation represented a ‘big step back for human rights.’ Needless to say, other enthusiasts reiterated similar concerns regarding this regulatory decision.

Moreover, the Crypto Council for Innovation too raised red flags. 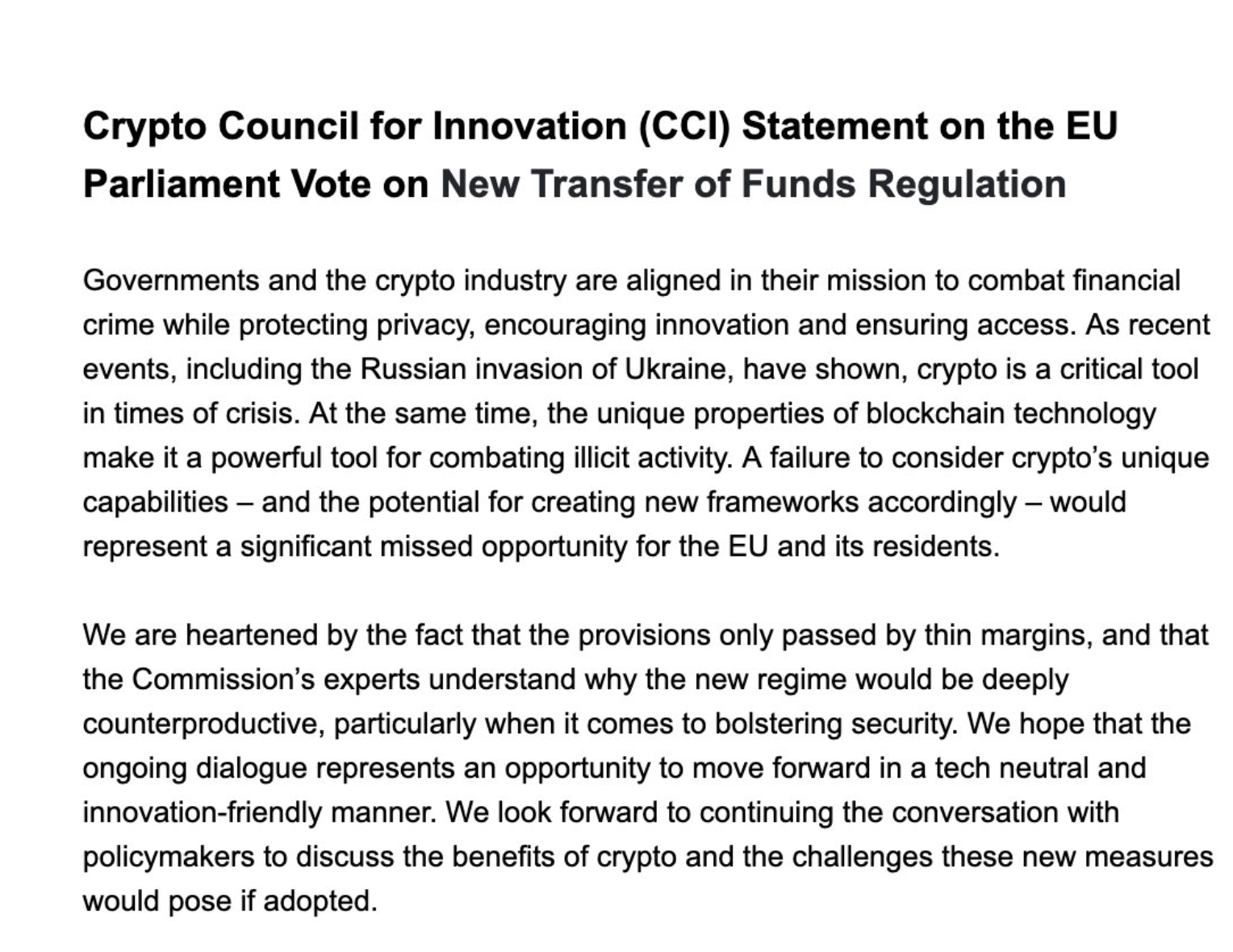 Related Topics:crypto regulationsEuropean Union
Up Next

Flickto voting platform launch: A chance to win rFLICK by making an account