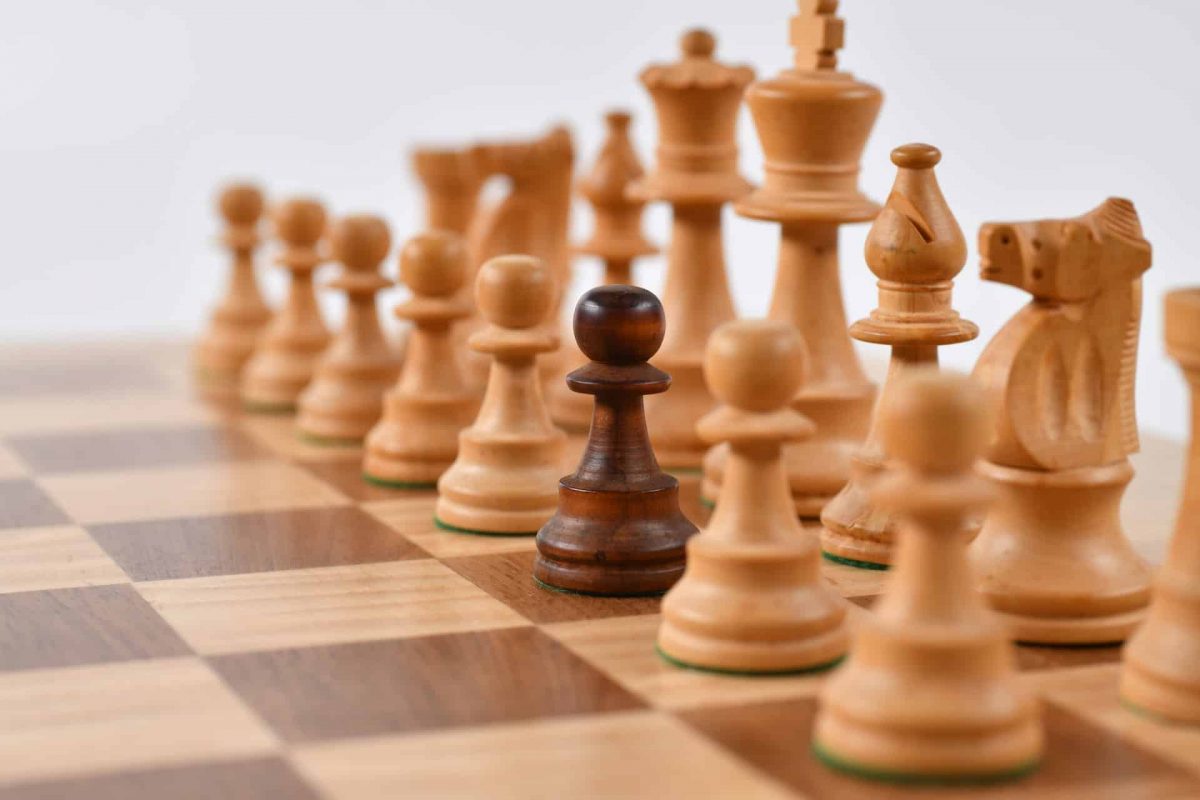 However, at press time, APE faced a hurdle and conditions that made a price reversal likely. 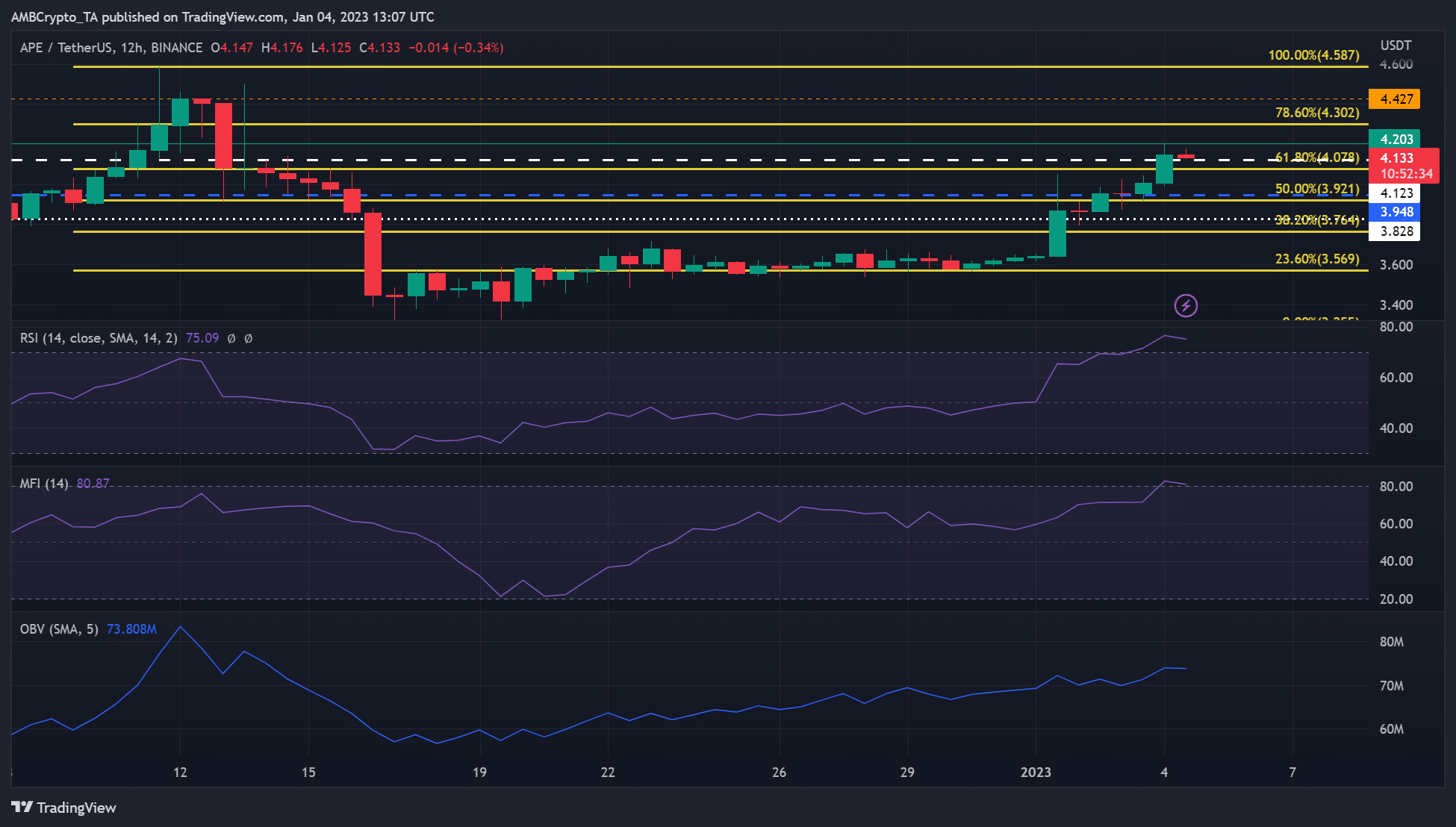 Although they don’t directly indicate a trend reversal, the RSI and MFI movements have created some conditions that could influence the price reversal of APE.

The 12-hour chart showed that the Relative Strength Index (RSI) was deep in overbought territory and was trending down. It showed that buying pressure had peaked and was gradually easing, giving the bears an opportunity in the market.

Similarly, the bears’ leverage is reinforced by the Money Flow Index (MFI), a slight downtick, which showed distribution had begun, underlining the influence of the bears.

If the bears’ momentum intensifies, APE could be forced into a correction that could settle at $3.948, the 50% Fib retracement level of $3.921 or $3.828. These levels can serve as selling targets for short traders.

How many APE can you get for $1

However, if the bulls overcome the $4.203 obstacle, especially if BTC is bullish, then APE could break above the 78.6% Fib level of $4.302, invalidating the above bearish bias

According to the Santiment data, the MVRV ( Market Value to Realized Value ) ratio has shifted to the positive side for the 30- and 60-day variables. This indicates that those who held APE in the last month or two made significant gains. Long-term holders, however, recorded losses.

Moreover, the rising prices of APE coincided with an increase in daily active addresses. In short, daily trading volume increased and intensified buying pressure, which drove APE prices up.

However, there had been a slight decline in daily active addresses by press time. In addition, APE saw increased negatively weighted sentiment despite the rising prices.

The bearish outlook and slight decline in trading volume could affect the further uptrend and should be monitored. Investors should also monitor the movements of BTC before taking short positions.

Ethereum’s prospects are better than BTC’s for the next 12 months?