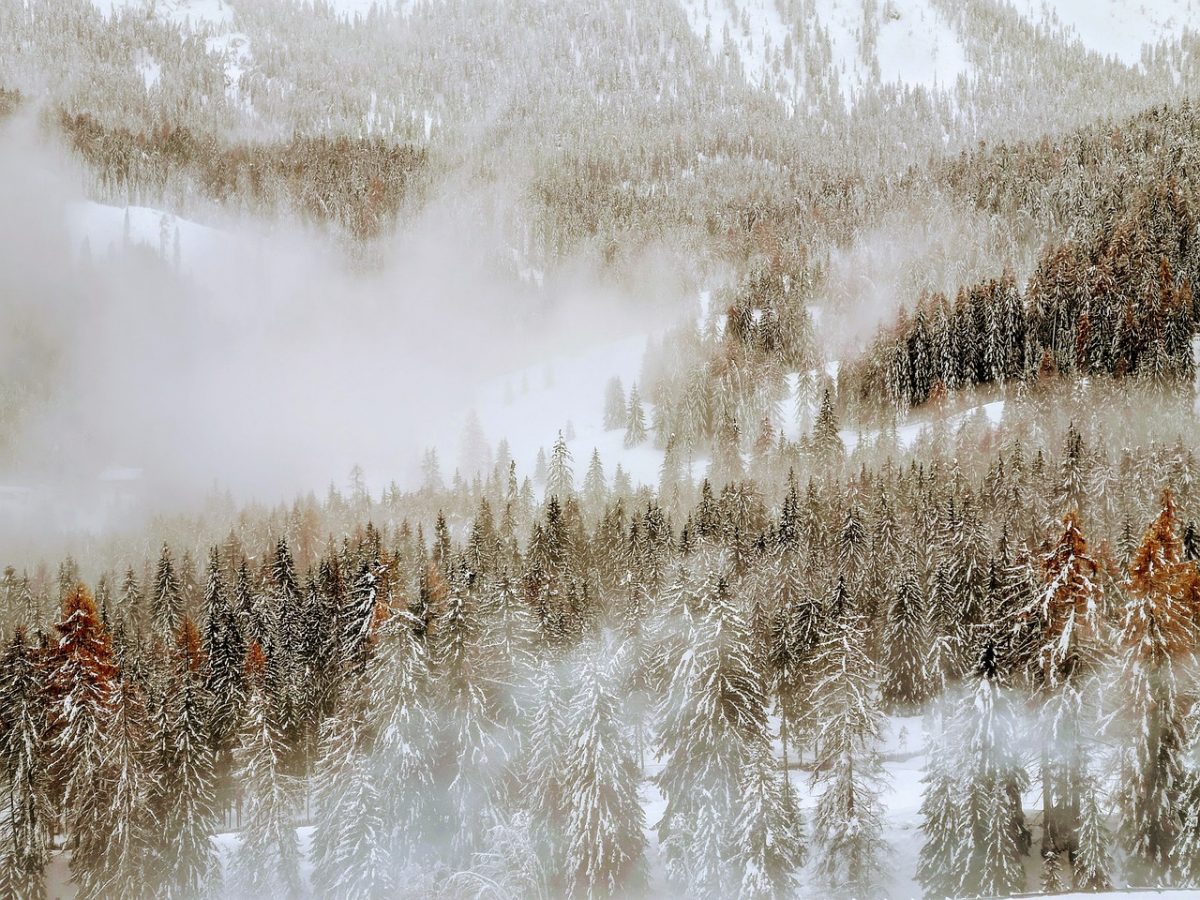 Bitcoin [BTC] climbed to $16.8k at press time, and many altcoins have made gains over the past few hours. Assets such as Avalanche [AVAX] reached strong areas of resistance.

Even Ethereum [ETH] traded at $1250 at press time. Is it likely that there is a northward swing failure pattern for multiple altcoins before a plunge downward over the coming week?

The minutes from the FOMC meeting in December will be released on 5 January. This could provide insight into how the current tightening cycle may play out. For crypto traders, the hours leading up to the release could see heightened volatility, liquidity hunts, and a reversal. 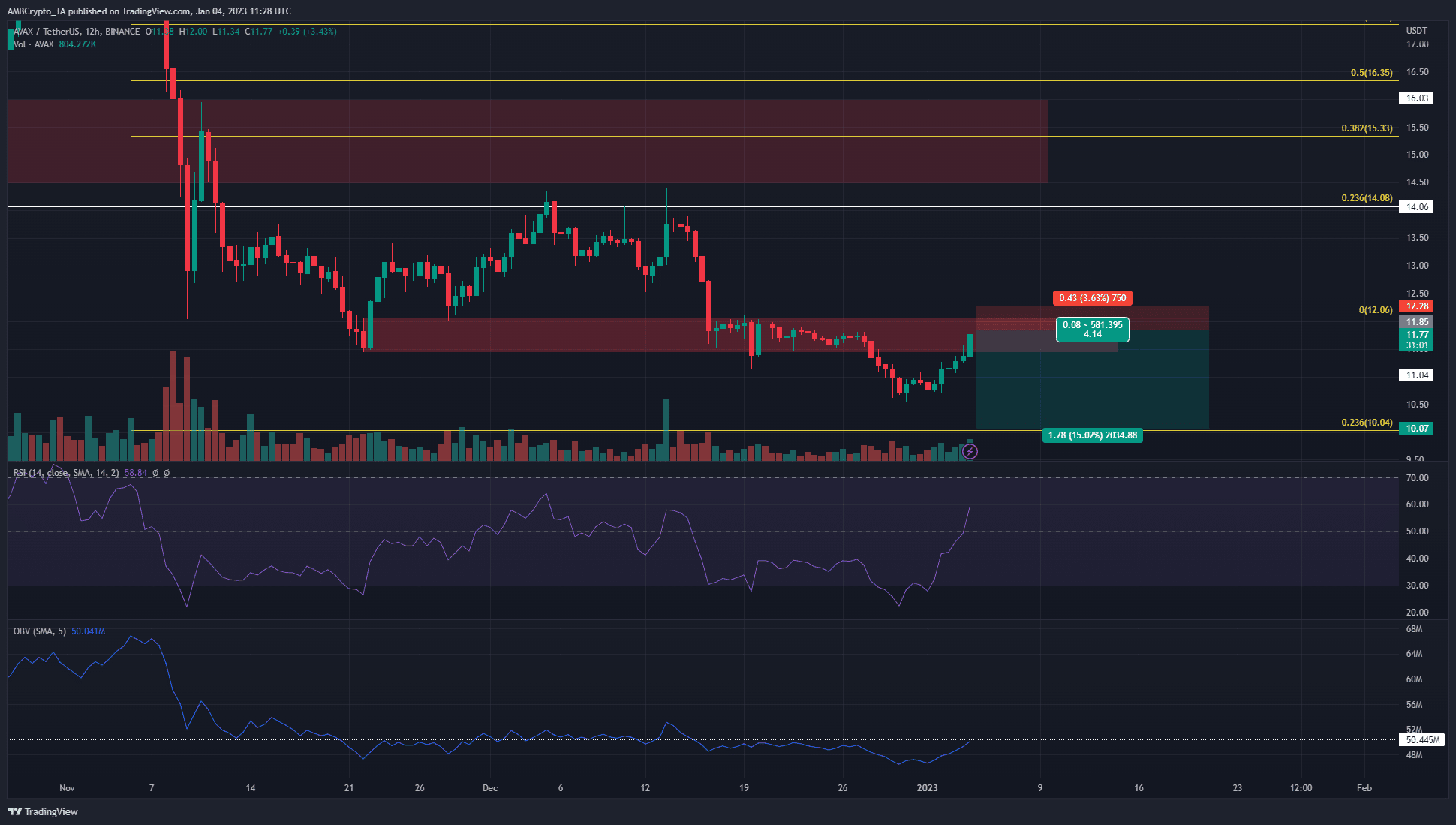 On lower timeframes, Avalanche possessed good bullish momentum. It flipped the $11 level to support in the past few days and even retested it as confirmation. Yet, bulls must beware. Avalanche entered a bearish breaker in late November, an area of resistance that hasn’t been defeated since mid-December.

The $12 was a lucrative level for enthusiastic buyers, but the higher timeframe trend remained bearish. Therefore, the more likely trade to profit was to sell near $12 rather than buying AVAX near $12.

Are your AVAX holdings flashing green? Check the Profit Calculator

The declining spot CVD indicated strong selling pressure- is it too much to be defeated? 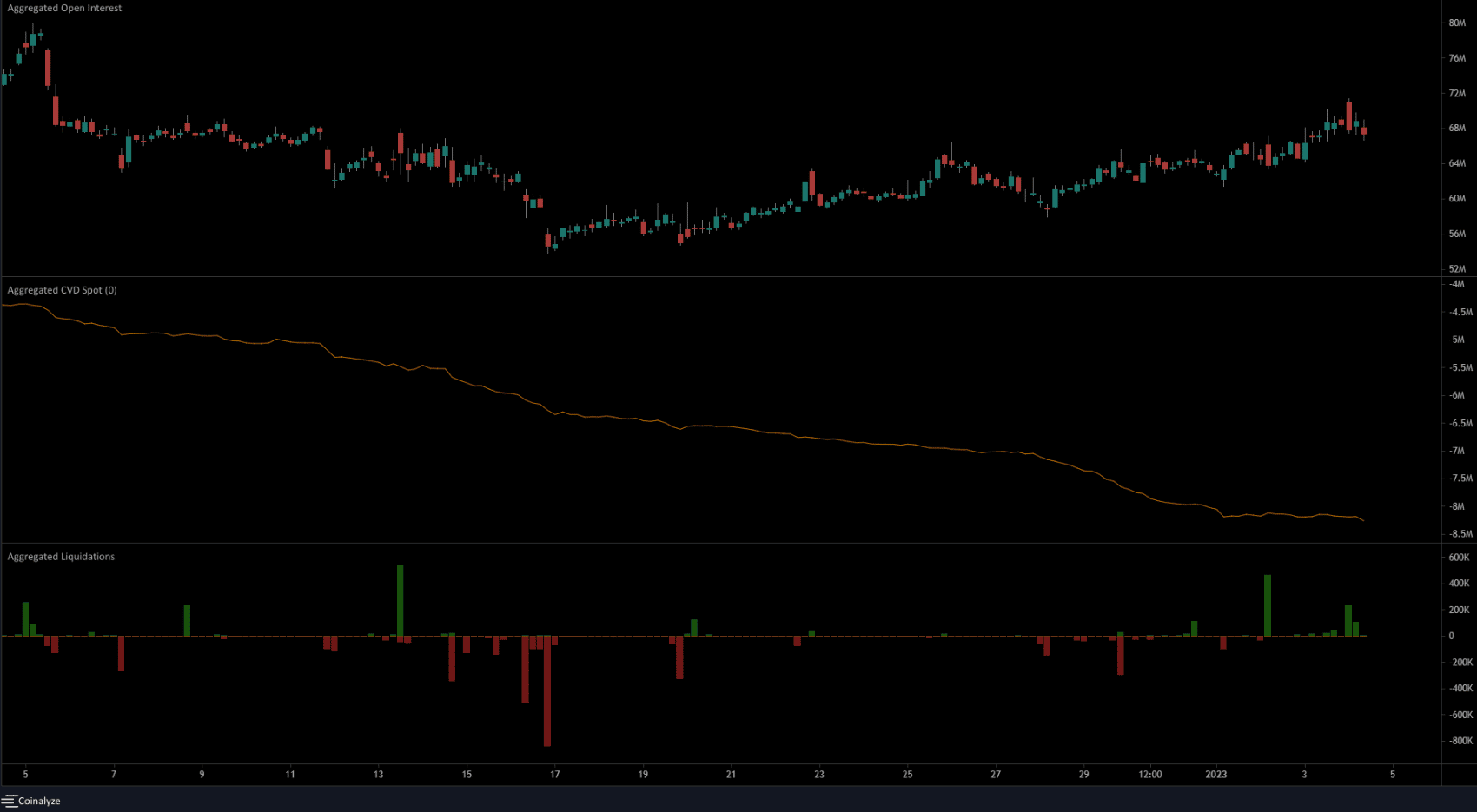 Since early December 2022, the spot Cumulative Volume Delta has been in freefall. Over the past week, it has stabilized and remained flat. Yet the bias remained bearish. Buyers are weak and sellers have all the power in the market.

The liquidation chart showed some volume of short positions liquidated as AVAX climbed past the $11 resistance. A sharp move upward to flush out even more shorts before a drop could grab an enormous amount of liquidity and send Avalanche careening lower. Meanwhile, the rise in prices was accompanied by a rising OI as well. This suggested short-term bulls showed strength and capital entering the market.

Crypto taxes made easy with Cryptiony

Will CEL turn all odds in its favor despite Celsius Network filing its latest motion?