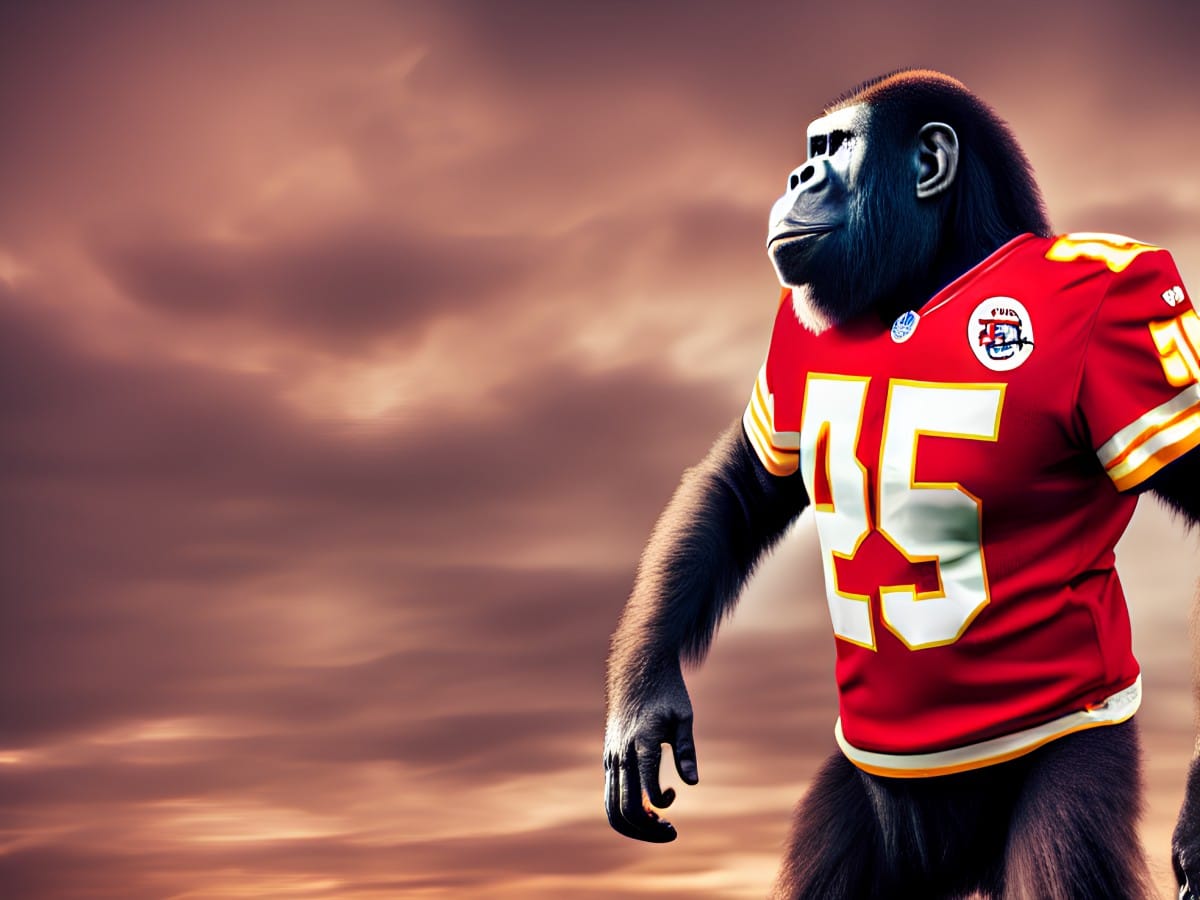 Following Horizen Labs’ confirmation that pre-deposit for Apecoin [APE] staking would be made available on 5 November, the metaverse token has since logged significant on-chain activity, data from Santiment revealed.

Since Horizen Labs gave its last update on 24 November, APE has seen an influx of new demand to drive up its network growth. Since then, the number of daily new addresses on the network has rallied by 84%. This showed that investors have been accumulating APE tokens ahead of 5 November for maximum yields on their stakes.

Historically, APE’s rally in network growth and a corresponding rally in price had previously marked its top and bottom. In August, the alt saw a huge spike in new addresses following a price rally, marking the alt’s local, top at the time.

Also, following FTX’s implosion, APE saw a hike in network growth, but this marked a recent bottom following the trend in the general cryptocurrency market.

Hence, the current surge in demand for APE might result in the alt marking another local top or another bottom. 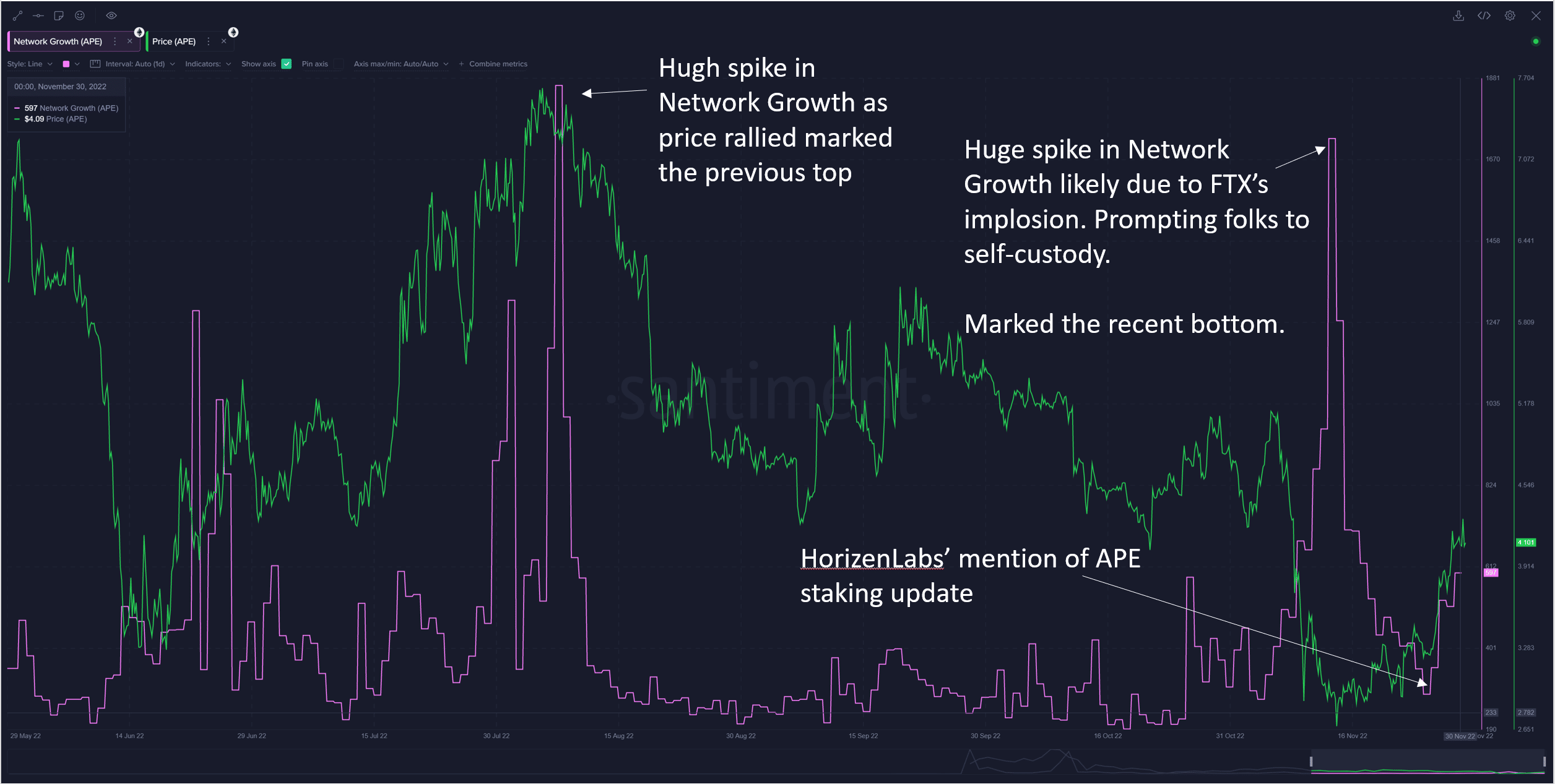 As APE accumulation and price grew, data from Santiment showed that active withdrawals had also rallied. Trading at $3.97 at press time, APE’s price increased by 19% in the last week, making it the metaverse token with the highest gains, per data from CoinMarketCap. 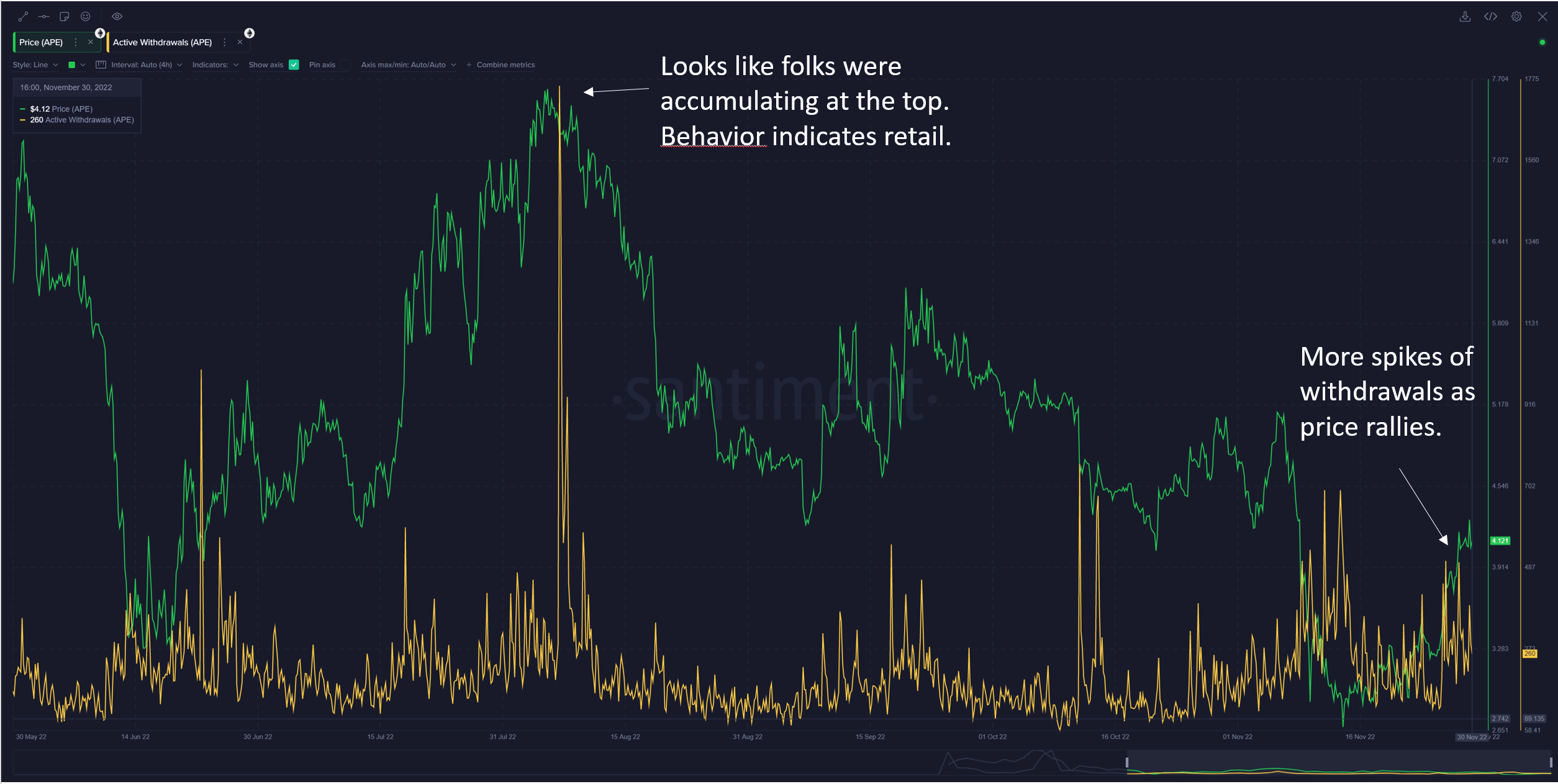 Whales and shrimps have reacted differently to Horizen Labs’ update. Data from Santiment revealed large key addresses holding APE tokens have continued to reduce their APE holdings since FTX’s unexpected collapse at the beginning of the month. Even with the expected launch of APE staking, they continue to drop in number.

On the other hand, retail holders continue to accumulate ahead of the launch date. Since 6 November, the count of addresses that hold 100 to 100,000 APE tokens has risen by over 15%. 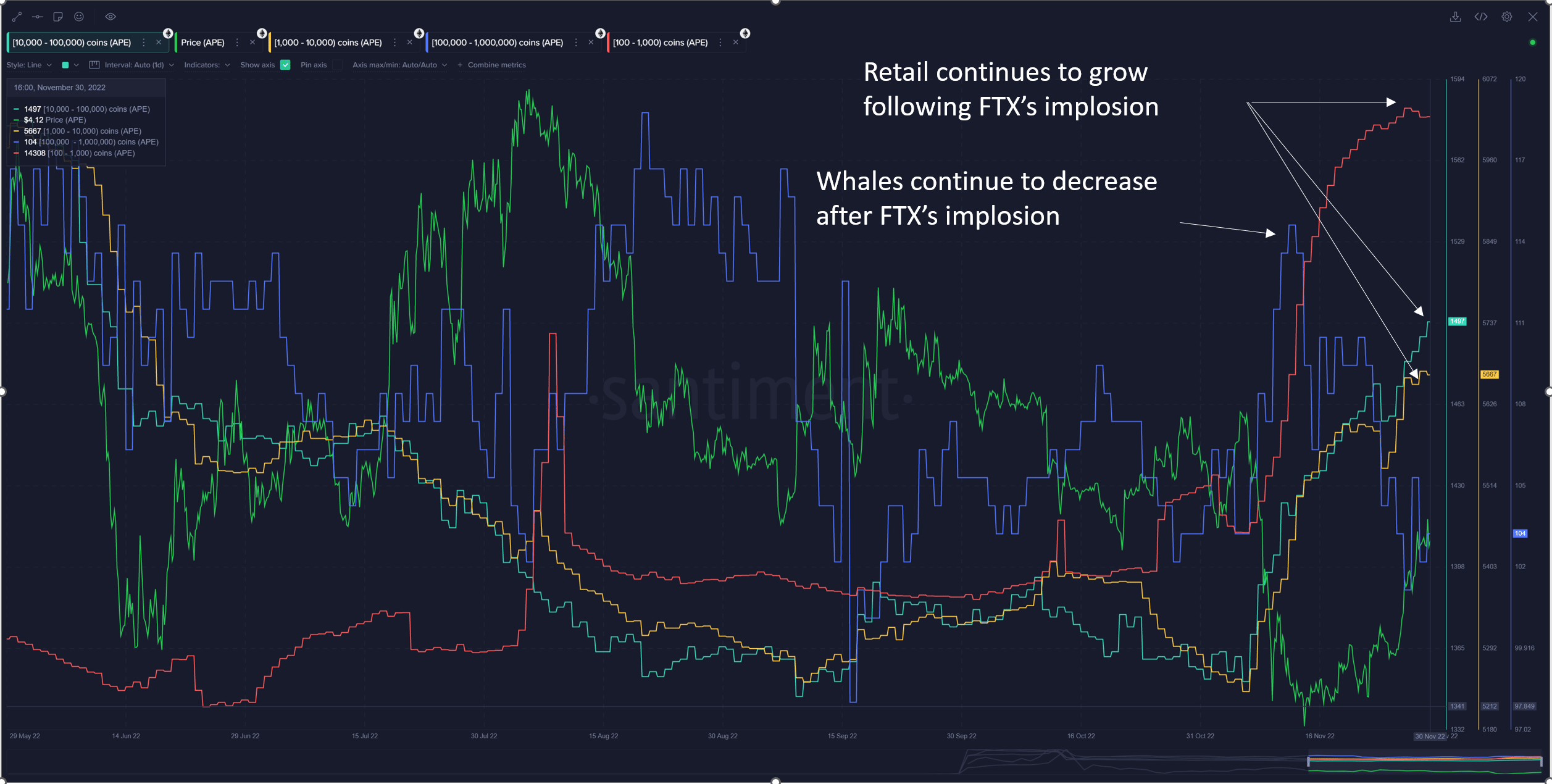 Finally, an assessment of APE’s MVRV ratio on a 30-day moving average revealed that the market was in the most challenging zone. Historically, APE’s price would decline at this point following the formation of a local top.

Can bots stunt SushiSwap’s growth? These metrics have the answer