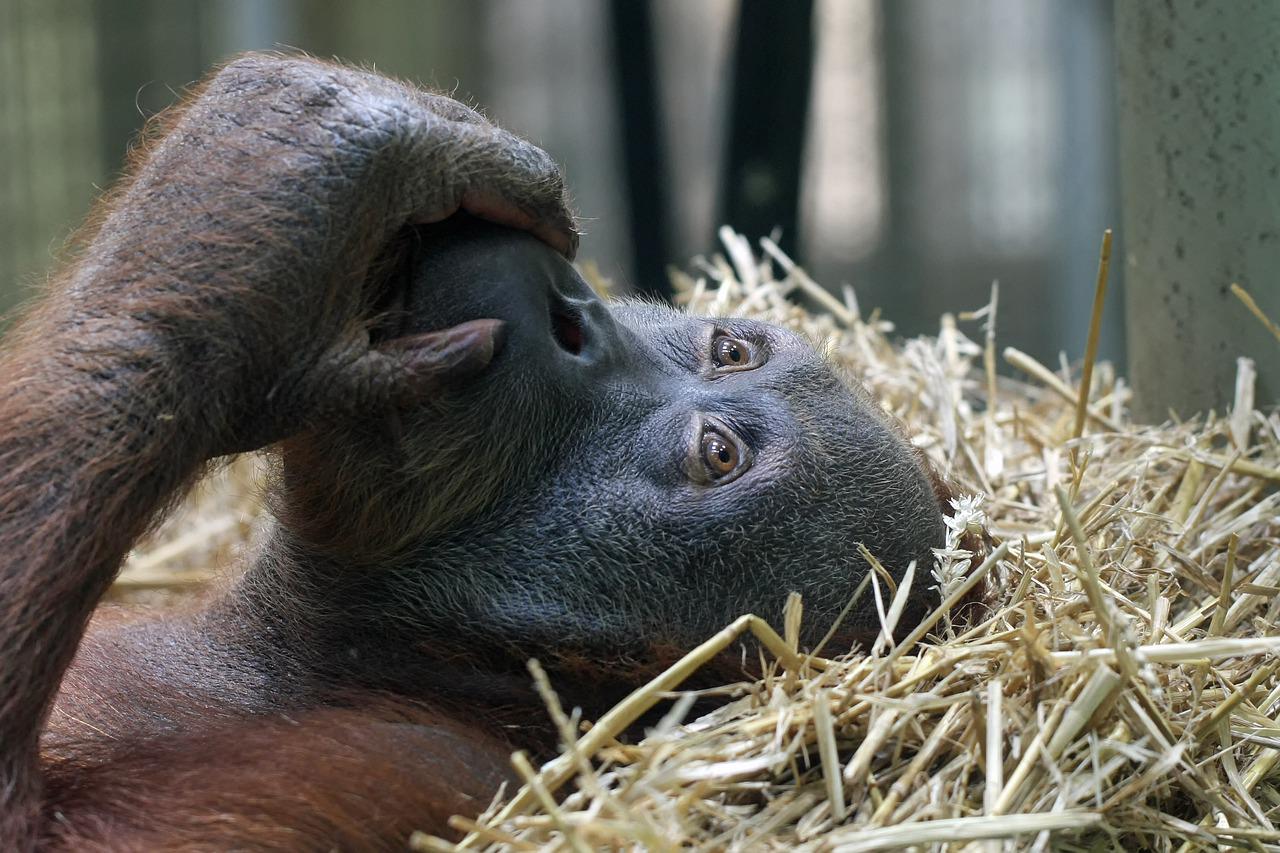 Bitcoin faced some resistance at the $30.8k level as it formed a hidden bearish divergence with a momentum indicator on a higher timeframe, and the price of BTC slipped beneath the $30k mark once again. This caused altcoins to begin to face selling pressure as well. ApeCoin saw significant demand in recent days from the $5.5 lows, and the bulls were fighting for control of the $8 area at press time. 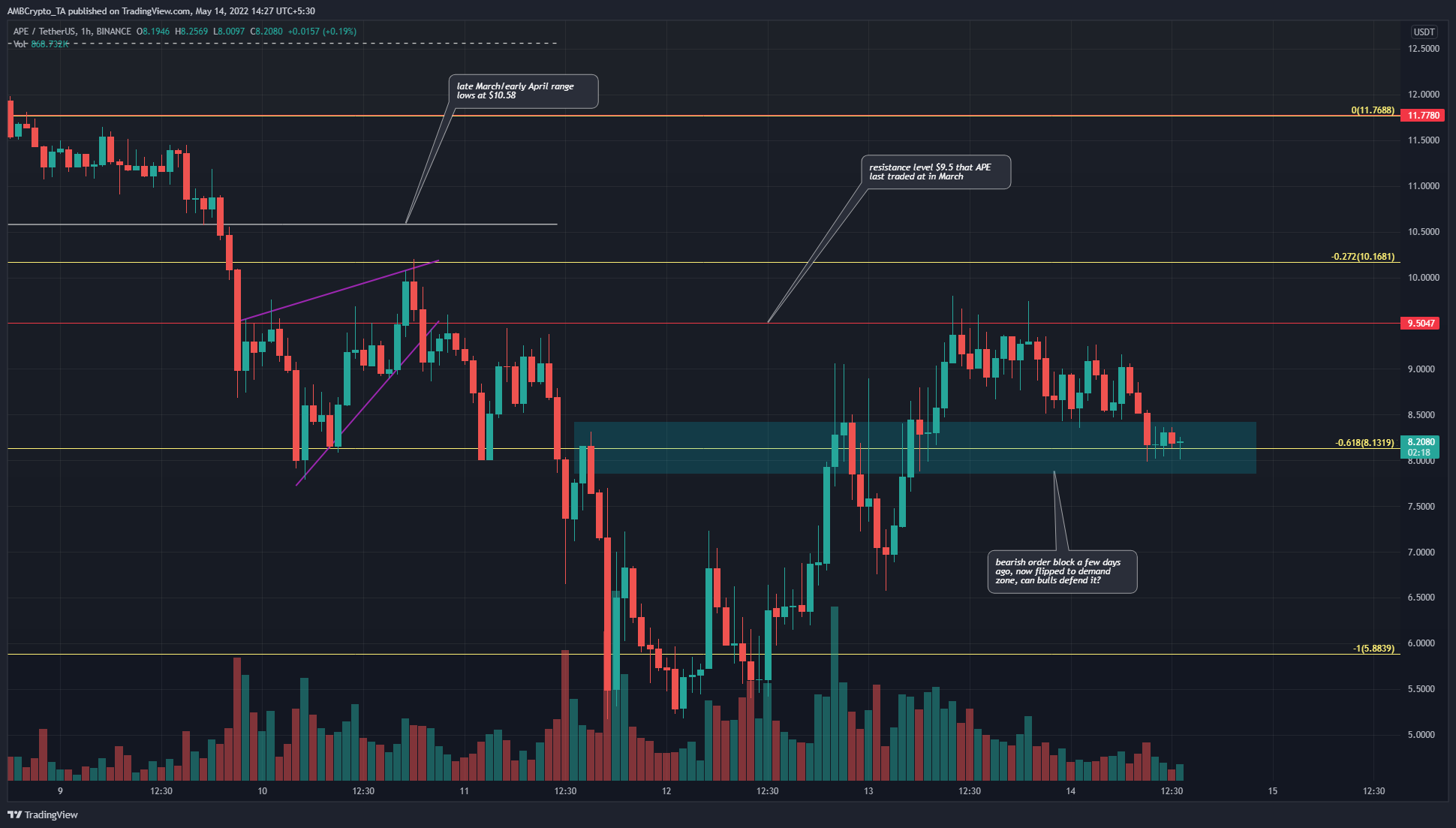 Based on APE’s move from $17.65 to $11.77 earlier this month, a set of Fibonacci retracement and extension levels (yellow) was plotted. It showed that the 27.2% and 61.8% extension levels have been quite significant in the past few days.

In the $8 area, a bearish order block was spotted. This demarcated the cyan box to be an area where sellers had seized control and subsequently were able to exert enough selling pressure to cause a sharp move downwards.

However, in the past couple of days, the price formed higher lows after a drop to $5.4, and at press time the price was trading above the $8.13 level and this demand zone. A session close beneath this zone could see APE fall to the $7 mark, or even as far south as the $5.8 level. 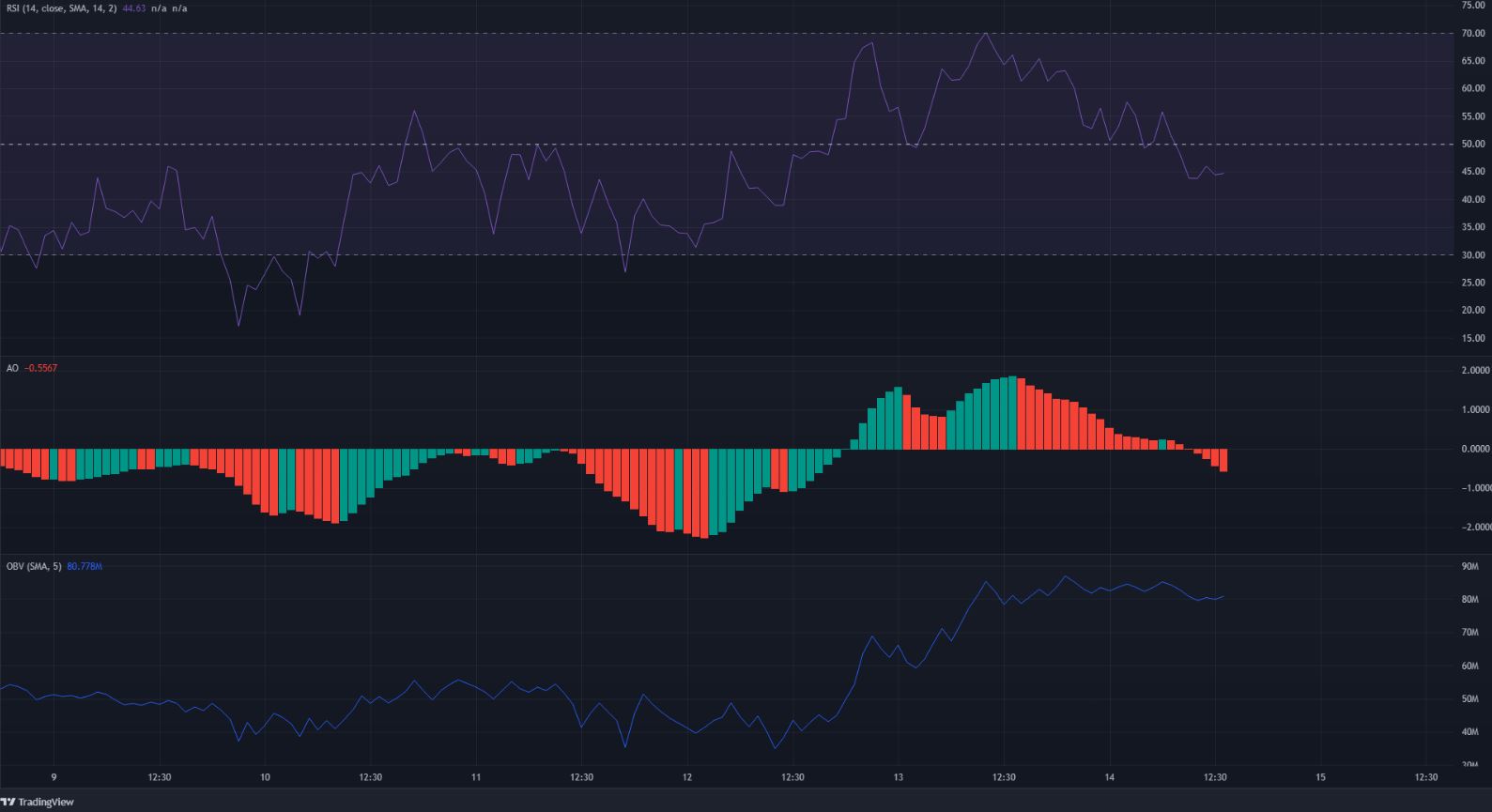 On the hourly chart, the RSI slipped beneath the zero line to give an early sign that bears were starting to assert themselves. The Awesome Oscillator also fell below the zero line, to show that bearish momentum was starting to take hold. However, it was not significantly bearish yet at press time.

The OBV has been climbing quite strongly in the past two days, and the demand has been significant on APE’s rise from the $5.5 lows. The influx of buying pressure meant that ApeCoin could push higher after a pullback.

To the south, $7 and $5.4 levels could offer support to APE on a session close beneath the $8.1 level. Higher on the charts, the $9.5 would likely be a place where sellers remained strong. The $10.58 level would also offer resistance to the price on the way up, as it represents the range lows from March and early April.