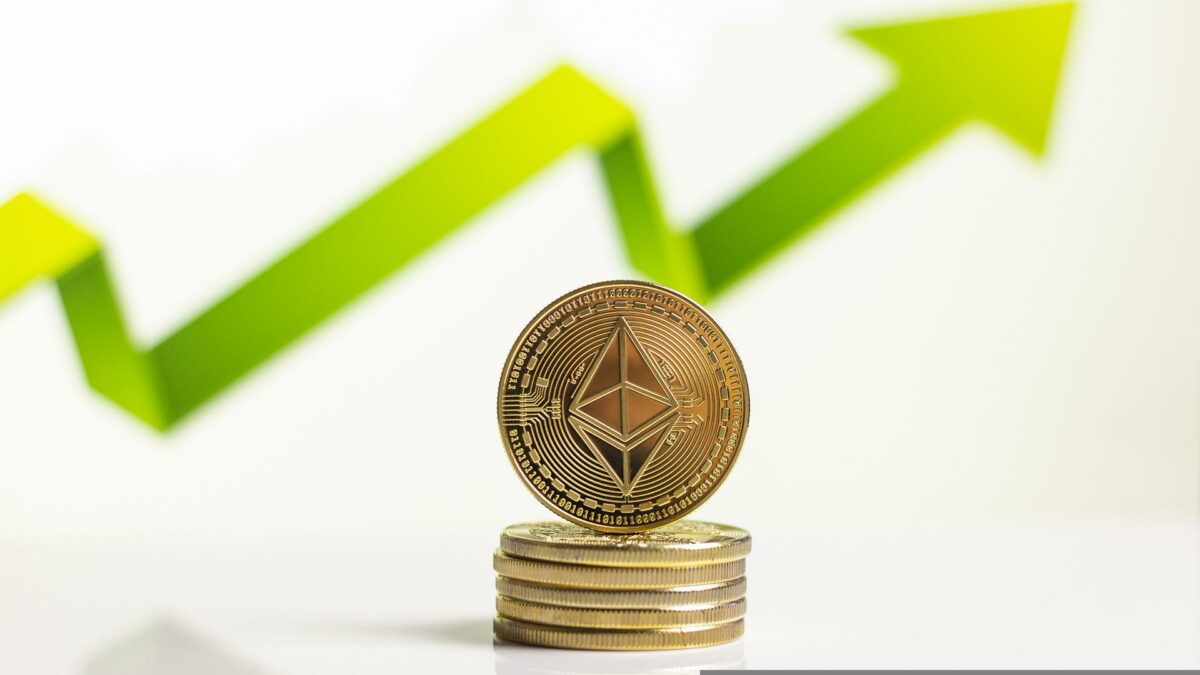 Ethereum investors continue to show faith in their loved altcoin even after the recent crash. Despite the macro headwinds, ETH is now ranging above $2,000 repaying the faith of the investors.

The recent slump caused a major worry in the Ethereum community which saw one of the biggest capitulation events. The fears were legitimate with DeFi and NFT markets falling after the crypto crash.

What do the numbers say?

Ethereum exchange outflow saw an increase on 12 May, the volume reached a 4-month high at $47 million. However, it soon started to decline. This clearly shows that people were skeptical of accumulating ETH. 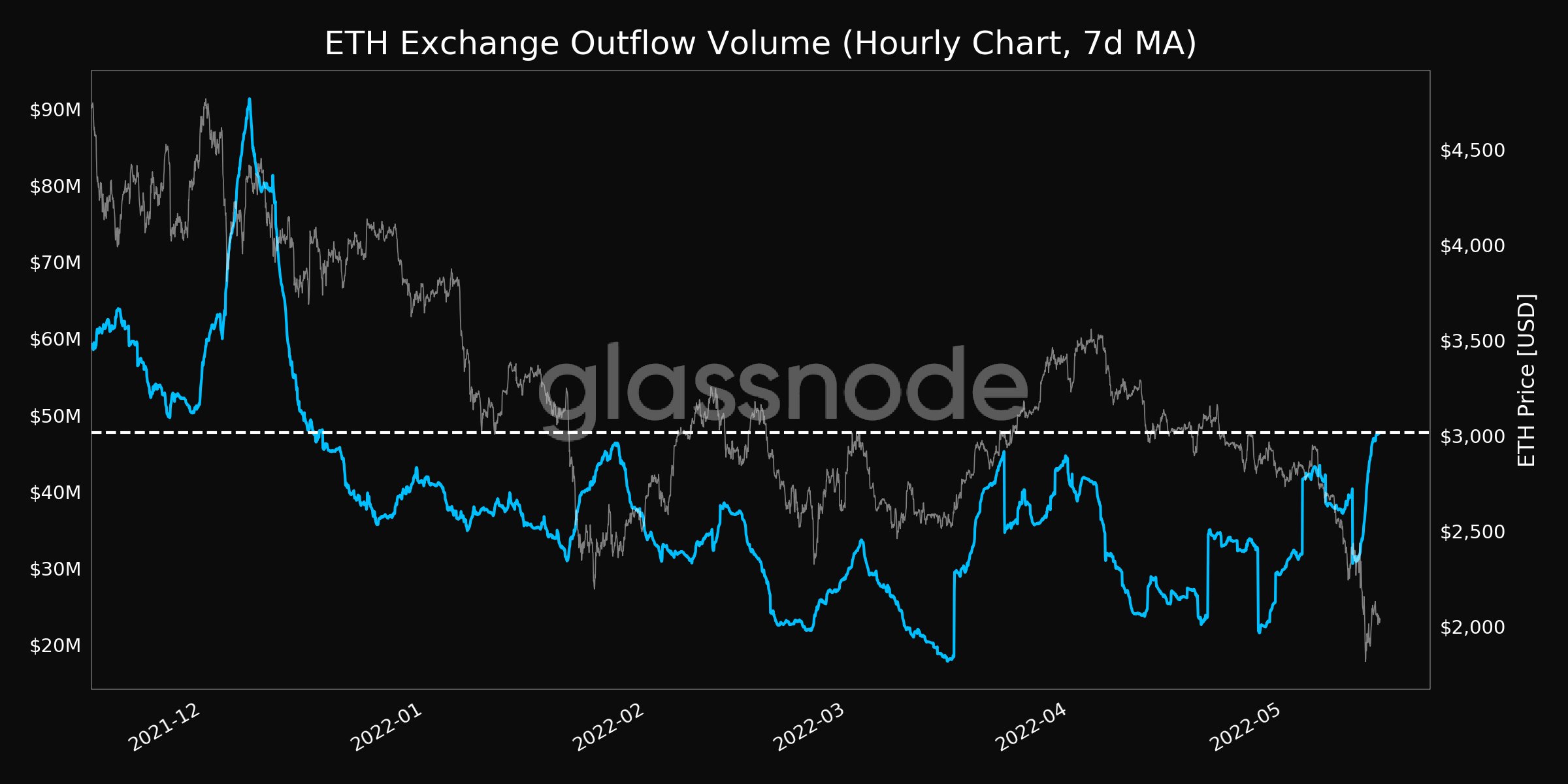 There are many other factors suggesting a downward trend for Ethereum after the Luna debacle. The exchange inflow volume is a metric that recently reached a 4-month high of $53 million. But that is not all.

The previous similar high was observed a day earlier indicating mounting selling pressure in the market. 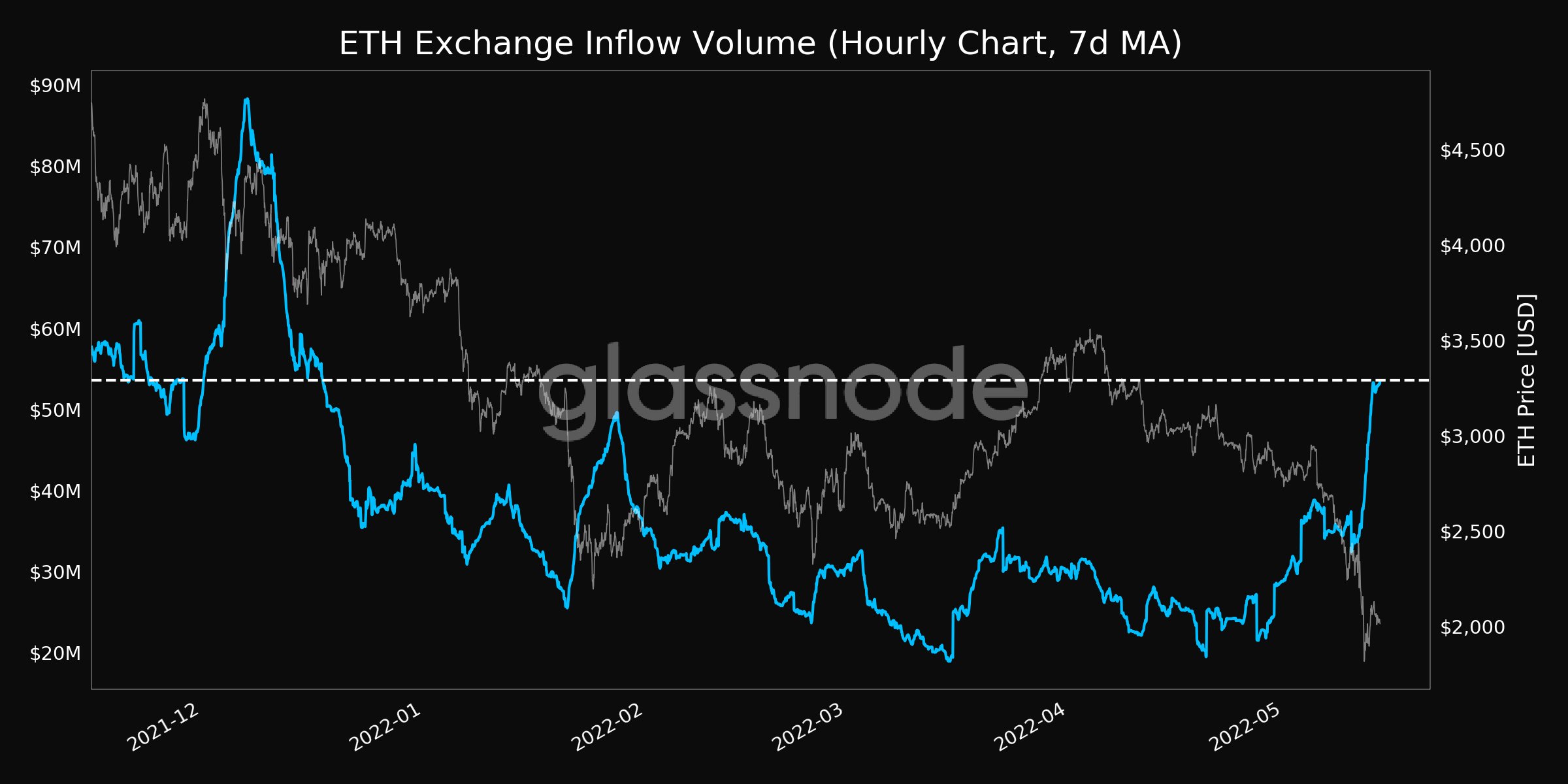 Furthermore, the ‘number of addresses sending to exchanges’ still ranged high, at the time of writing. This metric recently reached a 1-month high of 3,931. This remains a blot on the Ethereum network with FUD sentiment prevailing in the market.

Another issue is the low MVRV ratio that continues to stir low near the undervalued zone. At press time, the MVRV ratio stood at a lowly 1.15 which showed that ETH is very close to being ‘undervalued.’ 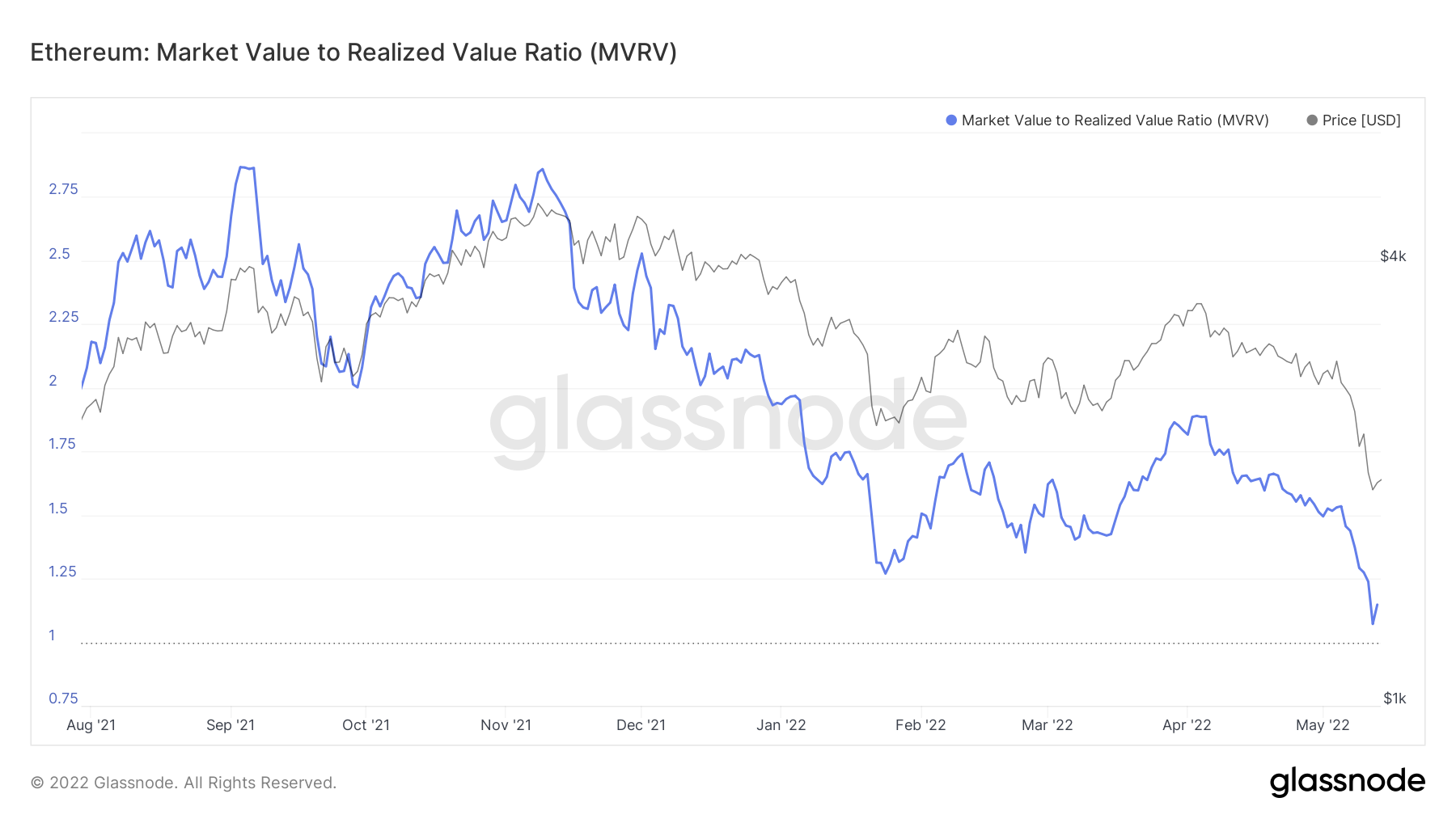 ETH’s poor performance can be credited to the LUNA’s crash. The de-pegging event caused a ripple across the entire crypto market.

Budd White, Co-founder of a crypto software firm called Tacen, emphasized the role of Terra collapse and how it affected global market sentiment.

“The recent sell off had to do with the negative sentiment coming from the recent CPI numbers, which were higher than expected, coupled with the enormous pressure from the collapse of the Terra ecosystem.”

Julius de Kempenaer, senior technical analyst at Stockchart.com also commented on the situation. He said that,

“In any case the trend is still down characterized by a series of lower highs and lower lows. This sharp bounce is not changing that rhythm and therefore it is just that: a rally within an existing downtrend.”

MANA recovers by 61% in 24 hours thanks to its relentless…

Apecoin’s rejection from $9.5 level says this for its short-term technical view