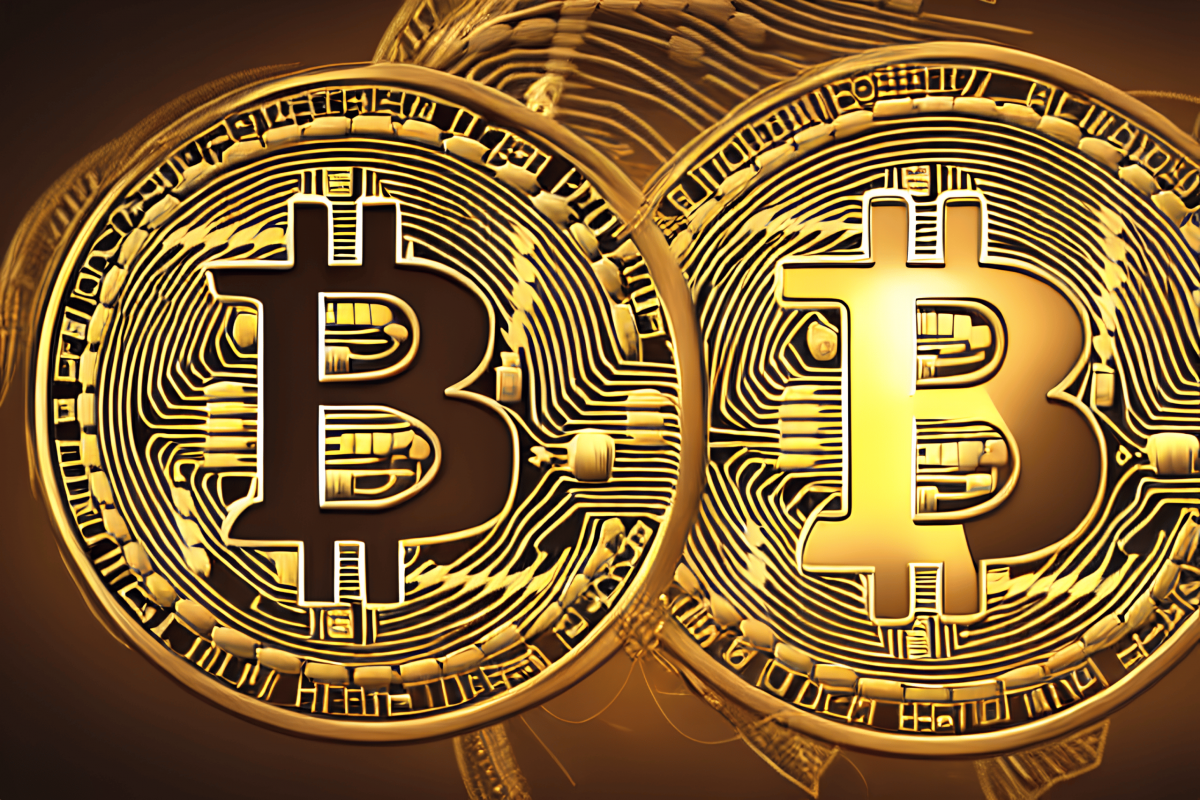 Santiment, in a new tweet dated 27 November, stated that Bitcoin HODLers were switching to self-custody and moving their BTC away from exchanges. At the time of the tweet, only 6.95% of Bitcoin was sitting on exchanges.

As is evidenced by the image below, Bitcoin’s supply on exchanges dropped to its lowest in four years. Though the trend of withdrawing BTC from exchanges started in 2020, it accelerated in the recent past due to the FTX fallout. 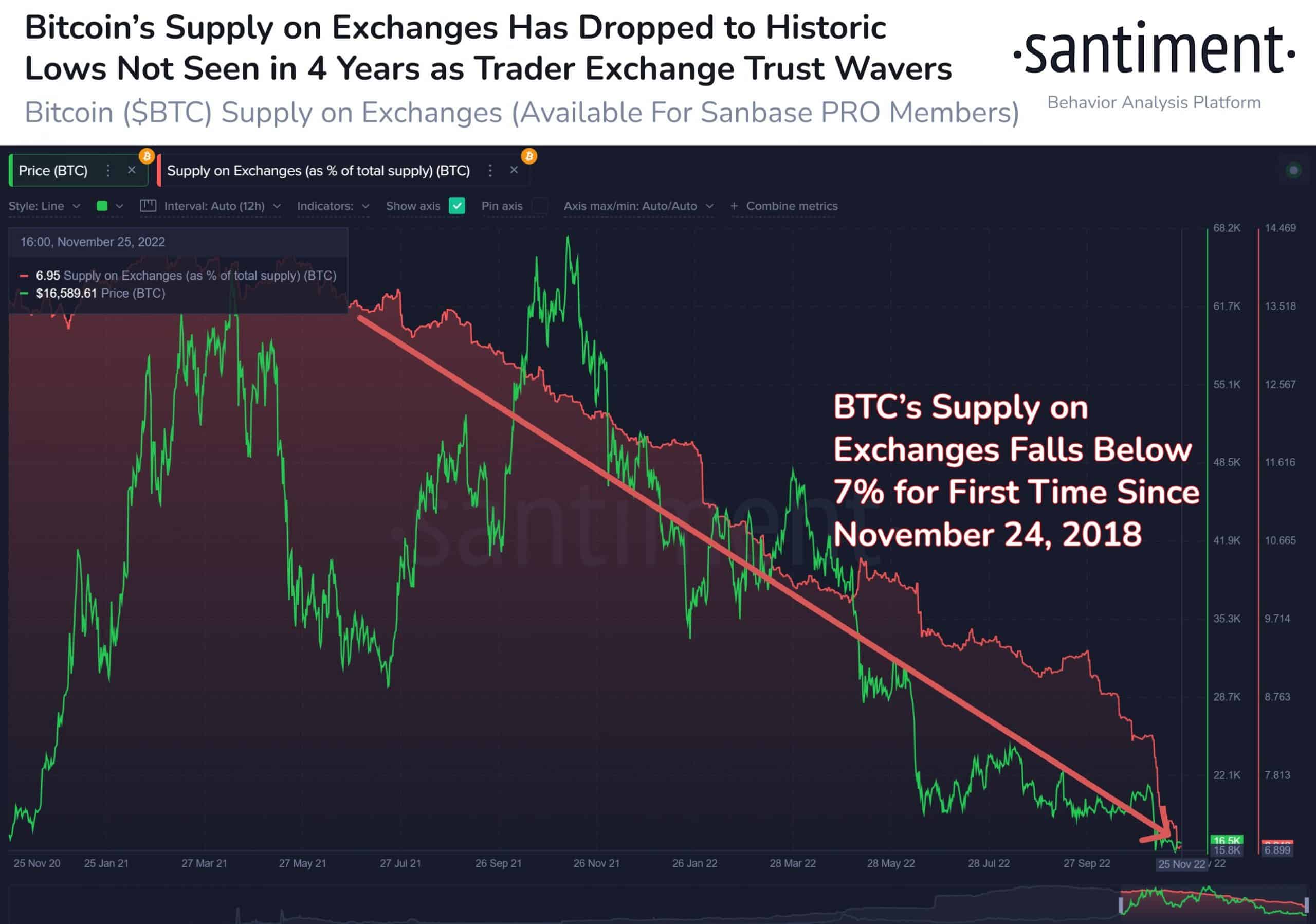 However, a decline in Bitcoin on exchange did not imply a decreasing interest in BTC.

As Bitcoin’s prices fell, many investors decided to capitalize on this opportunity and attempted to secure BTC at discounted prices. As can be seen from the image below, the number of addresses holding more than one coin increased tremendously over the past month and reached an all-time high on 26 November.

But it wasn’t just whales and large addresses that were showing interest in BTC. Retail investors were also making the most of BTC’s price decline, according to data provided by Glassnode. Addresses holding 0.1 Bitcoin reached an all-time high of 4,069,920. 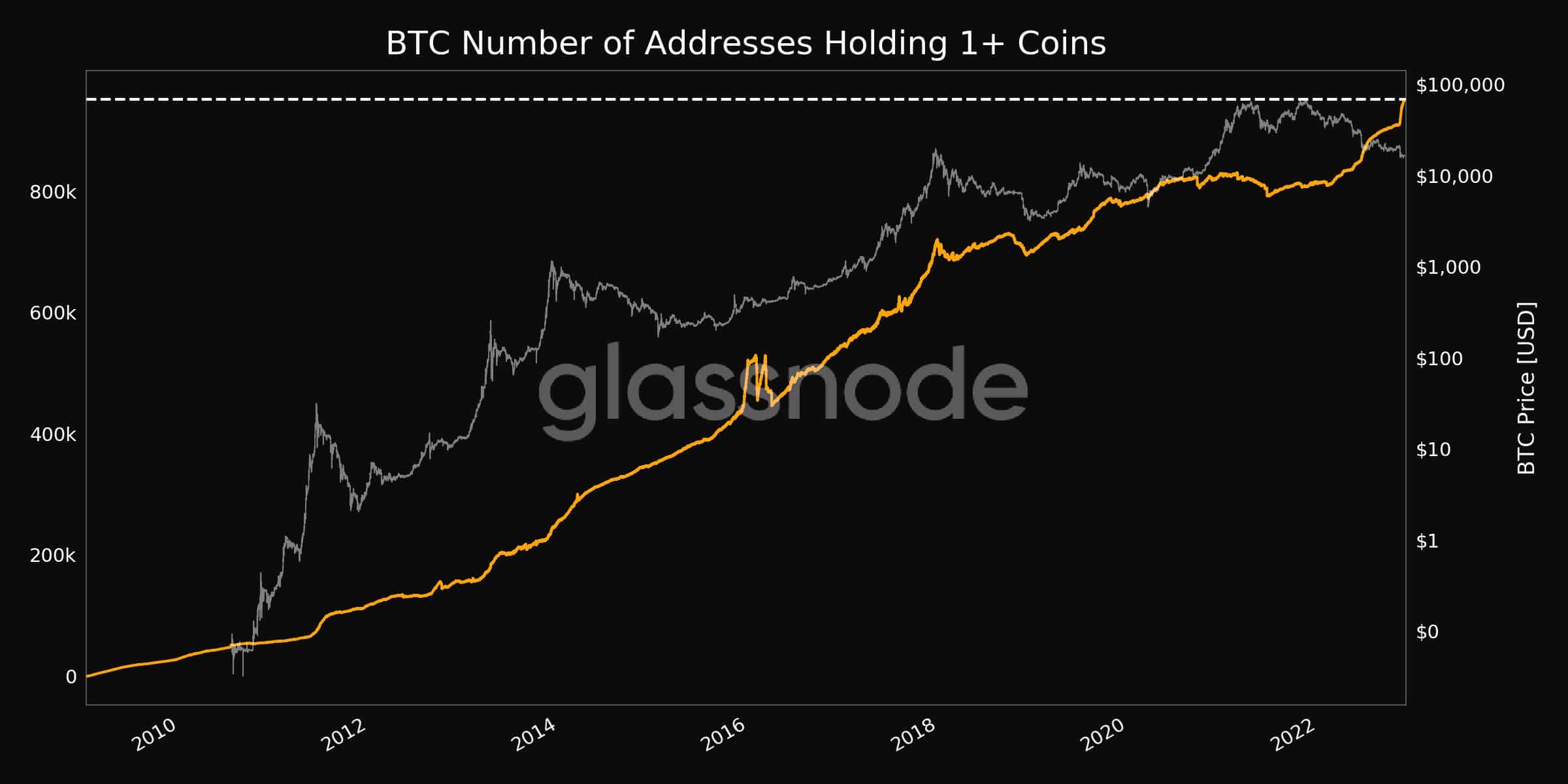 Even though investors had started showing faith in Bitcoin, it still wasn’t enough to improve Bitcoin miners‘ conditions. The mining revenue generated by Bitcoin miners declined significantly over the last few days.

Now, if the miner revenue continues to depreciate along with the price of Bitcoin, miners will be forced to sell their mined BTC so that they can make a profit.

That said, from the chart below, it can be seen that Bitcoin’s number of daily active addresses had declined. Along with that, Bitcoin’s velocity depreciated significantly. Thus, indicating that the frequency with which Bitcoin was being exchanged amongst wallets had decreased.

Bitcoin [BTC] analyst says bears are not done yet because…