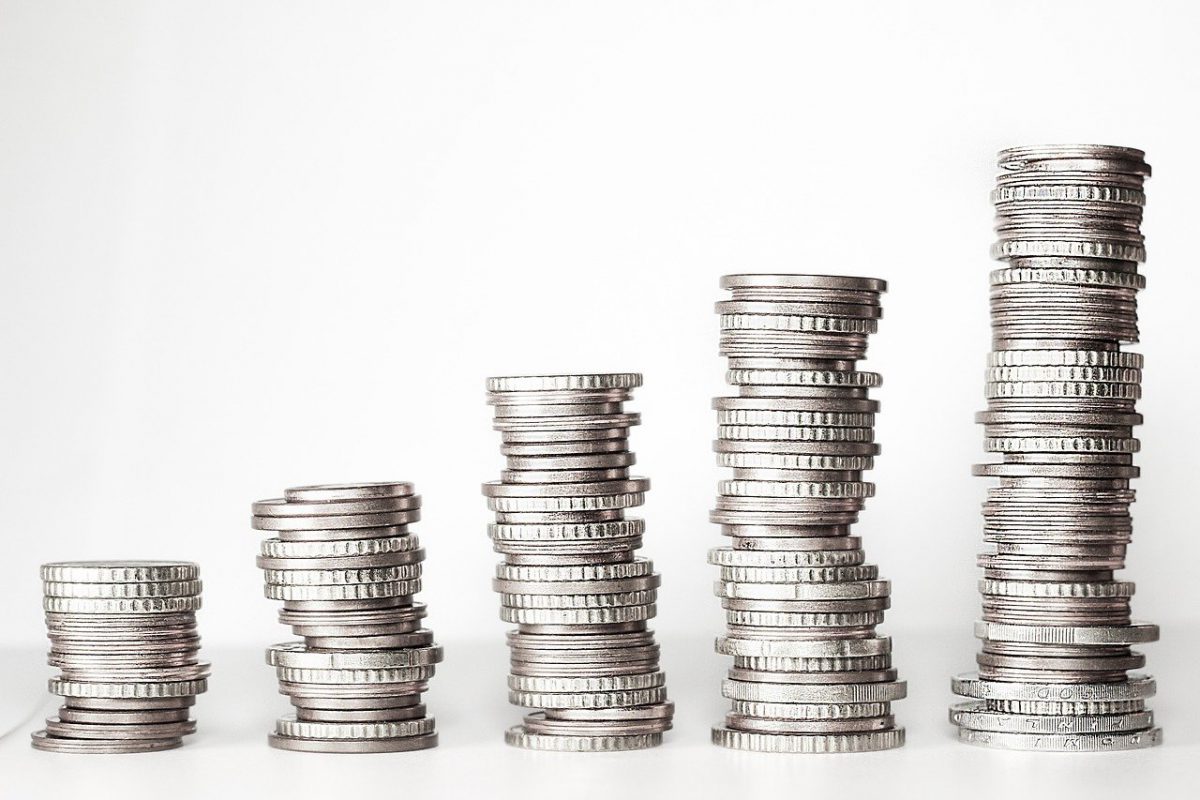 As cryptocurrencies cement their position in investor’s portfolios, nations around the world are also showing great interest in digital currencies that are backed by fiat currencies. The idea of a Central Bank Digital Currency [CBDC] has surfaced from the need for secure and faster payments in comparison to physical cash. Currently, China has maintained its lead over other nations by developing its Digital Currency Electonic Payment [DCEP] or simply put, its digital Yuan.

China has begun testing the digital Yuan within the country and this week it tested out a “phone-free” digital yuan. Strong steps are being taken within the country to ensure the utilization of the DCEP, but do people really consider CBDCs like it to be equivalent to real money?

A recent survey by the International Monetary Fund [IMF] that involved the participation of 33,399 people, saw 21,542 respond “no”.  Nearly 64% did not believe it to be money, while many who are familiar with crypto came forward to support it. However, recent research from the IMF also stated that close to 80% of the world’s central banks are either not allowed to issue a digital currency under their existing laws or the legal framework is not clear as of now.

According to the research, only 40 central banks were legally eligible to issue digital currencies.

“…we reviewed the central bank laws of 174 IMF members in a new IMF staff paper, and found out that only about 40 are legally allowed to issue digital currencies.” 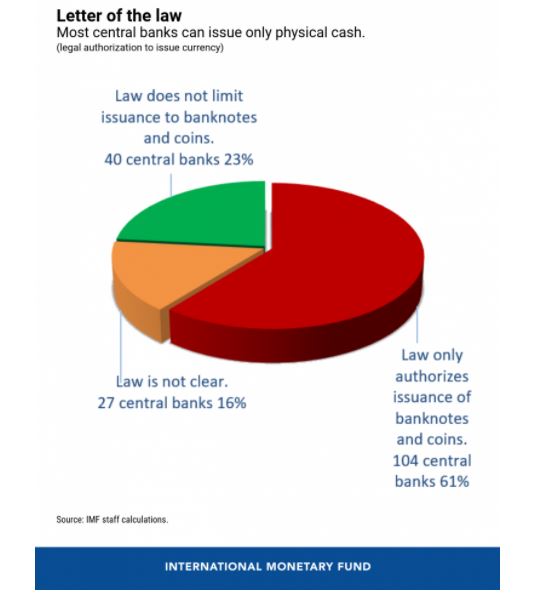 The above chart noted that out of 174 central banks that are a part of the IMF, in 104 central banks only legal authorities can issue banknotes and coins, whereas, the remaining 27 did not have clear laws.

The other hiccups highlighted by the IMF are to do with issues pertaining to questions surrounding whether CBDCs are to be “account-based” or “token-based” and the extent of its use in the “wholesale” level or “retail” [public] level. Although the power to tackle these questions will be subjective for the central banks not many nations have actually opted to launch their own CBDC, given the complications.

CBDCs have a long way to go and to be the “next milestone in the evolution of money” it will need a robust legal foundation to ensure its smooth integration into the financial system, credibility, along with global acceptance.