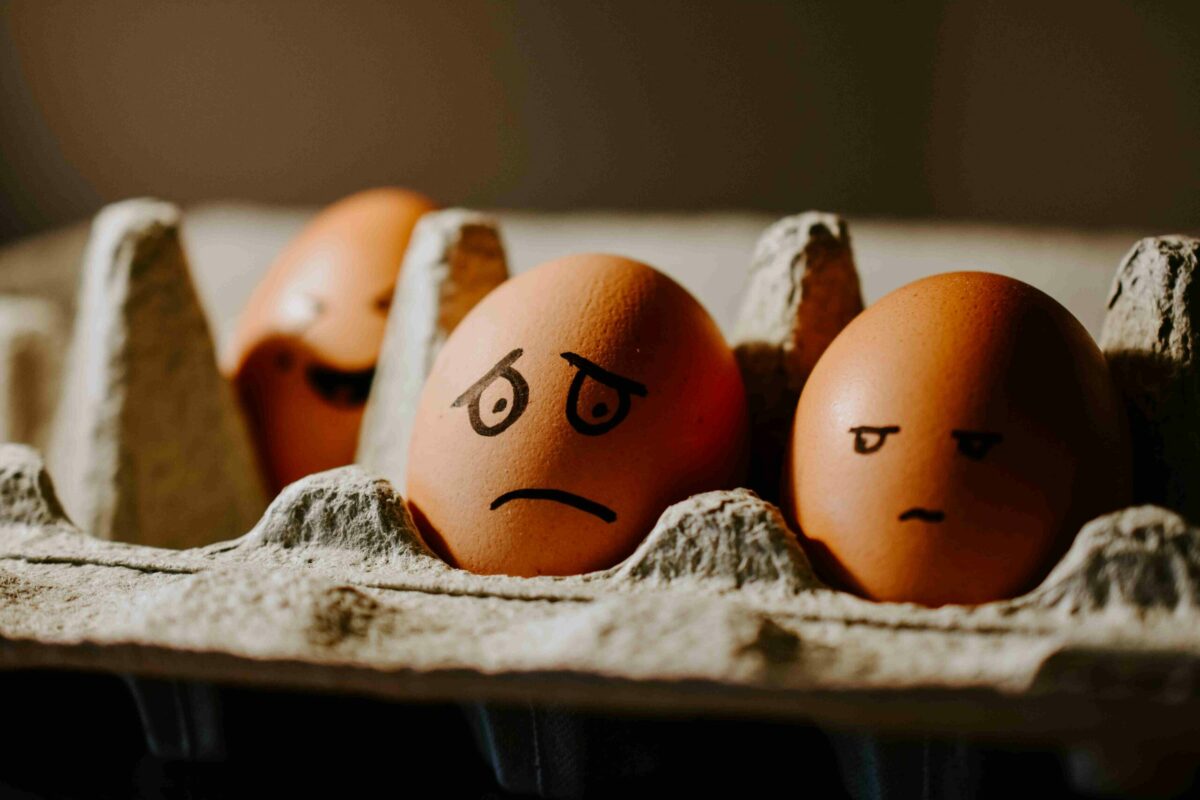 Over the past few years, the general public (or investors per se) are getting more and more familiar with the idea of cryptocurrencies. The financial stigma surrounding Bitcoin and Ethereum is slowly being cleared out but central banks and various economists continue to uphold their views against the idea of digital assets.

However, these central institutions might be worried about something beyond investments at the moment, as the focus might be shifting more towards the currency-esque nature of digital tokens.

Cryptoization: What does that mean now?

According to the recent Global Financial Stability Report from International Monetary Fund, stablecoins were mentioned more than 100 times, whereas Bitcoin and Ethereum were limited to 31 and 7 respective mentions.

From the report, one thing was clear, central banks were not worried about investors making extra money on Bitcoin or receiving 1000% APY returns on yield farming. They were more worried about the idea of “Cryptoization.”

Now, Cryptoization is what Satoshi Nakamoto possibly expected from Bitcoin. It can be defined as the idea of people preferring cryptocurrencies as a medium of transactions instead of their local fiat. Now, Bitcoin or Ethereum being used as an MoE has dropped down the pecking order over time, but stablecoins were a different discussion. These assets are pegged 1-to-1 with the U.S dollar and can theoretically replace fiat currencies.

Now, IMF potentially does not like that idea since it switches the narrative of finance to a decentralized medium (although most stablecoins are controlled by a centralized entity). It takes power away from the legacy institutions and it will be harder to deploy arbitrary restrictions on people and what they can do with their money.

Now, stablecoins are exactly the most liquid assets in the digital asset industry and the risks associated with them are legitimate. Assets such as Tether and USDC have faced legal issues in the past. These assets are sometimes backed by some form of short-term debt, which emphasizes the prolonged nature of illiquidity during stringent markets.

While these stablecoins promise to function as perfectly stable holdings, it is important to note that unbacked financial products can lead to macro-economic collapse if there is a lack of transparency.

For example, Circle, USDC’s parent company suggested that USDC is backed 1:1 with cash holdings, but it recently disclosed in July that 40% of its supply is actually held in U.S Treasuries, certificates of deposits, commercial paper, corporate bonds, and municipal debt.

The Tether and Bitfinex fiasco with the New York Attorney General is well-documented, and the company was slapped with a fine and transparency improvements. Hence, the central bankers are not completely in the wrong to be skeptical of stable assets.

Yet, isn’t Bitcoin running its own Bitcoinization? 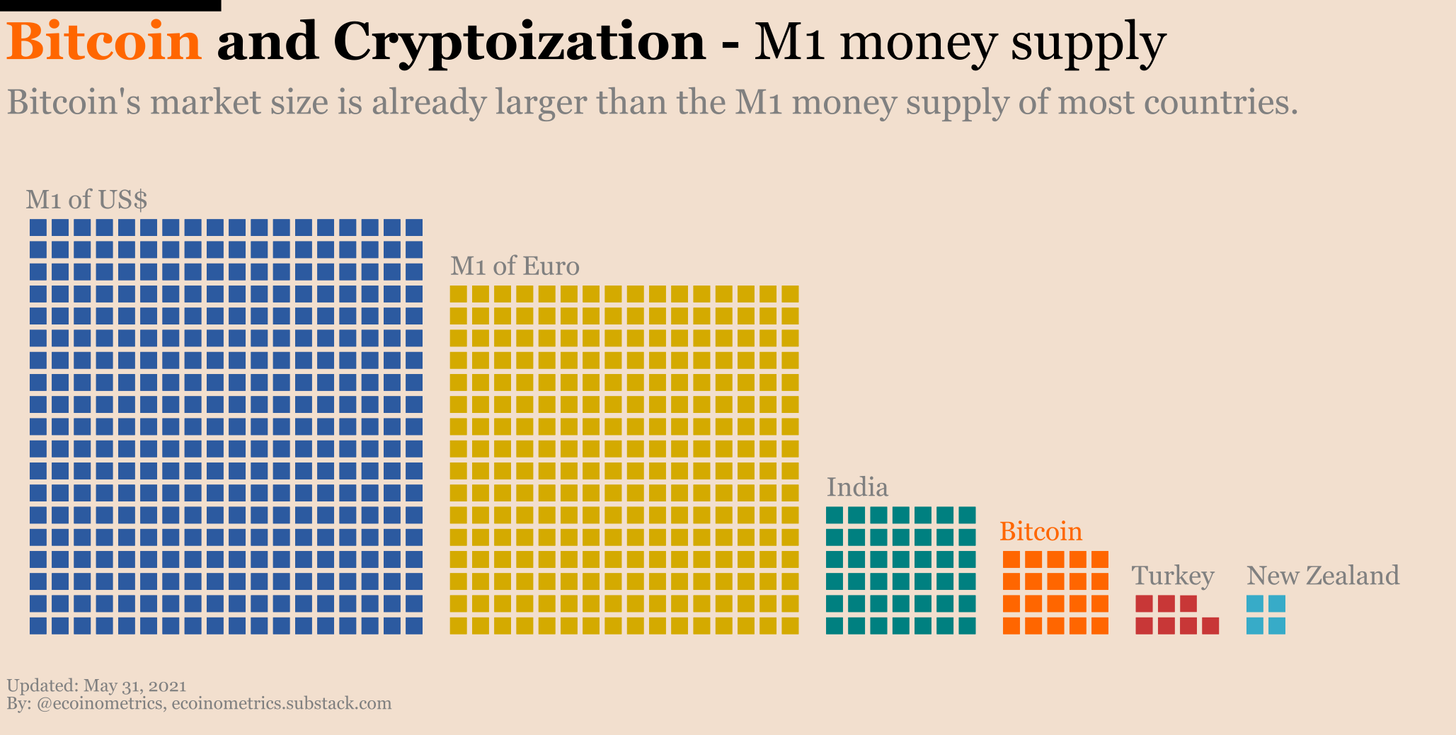 In a recent Ecoinometrics report, it was suggested that with respect to other digital assets, Bitcoin had already moved in progression, with respect to the idea of “Bitcoinization.” The above chart illustrates the fact that the M1 money supply of various countries is already behind Bitcoin’s market cap and unlike stablecoins, Bitcoin consists of a solid decentralized narrative.

Its MoE functionality might still need a lot of work but from a financial point of view, if decentralized markets are the future, Bitcoin’s credibility will only grow in the larger macro-economic environment.

Dogecoin needs to do this to unlock its full potential