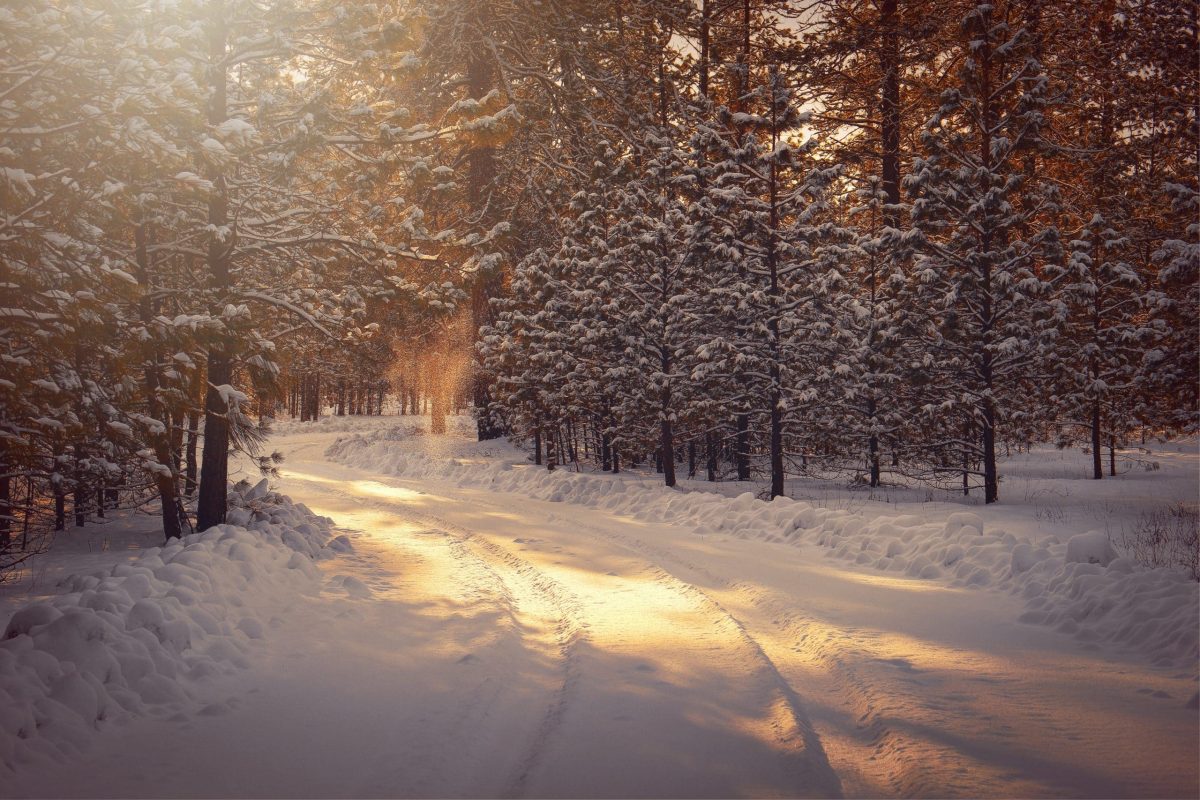 At press time, Avalanche [AVAX] was trading at $13.4713635 and appeared to be on the verge of breaking the 38.2% Fib level. However, AVAX investors should be cautious, as the current resistance also acted as a bearish order blockade.

Although the current resistance has already been tested three times, the bearish outlook coming from the on-chain metrics, such as negative sentiment, could undermine the ongoing upward pressure. Therefore, AVAX could see a price correction to $13.4181897 or below.

Will AVAX bulls break the bearish order block at the 38.2% Fib level? 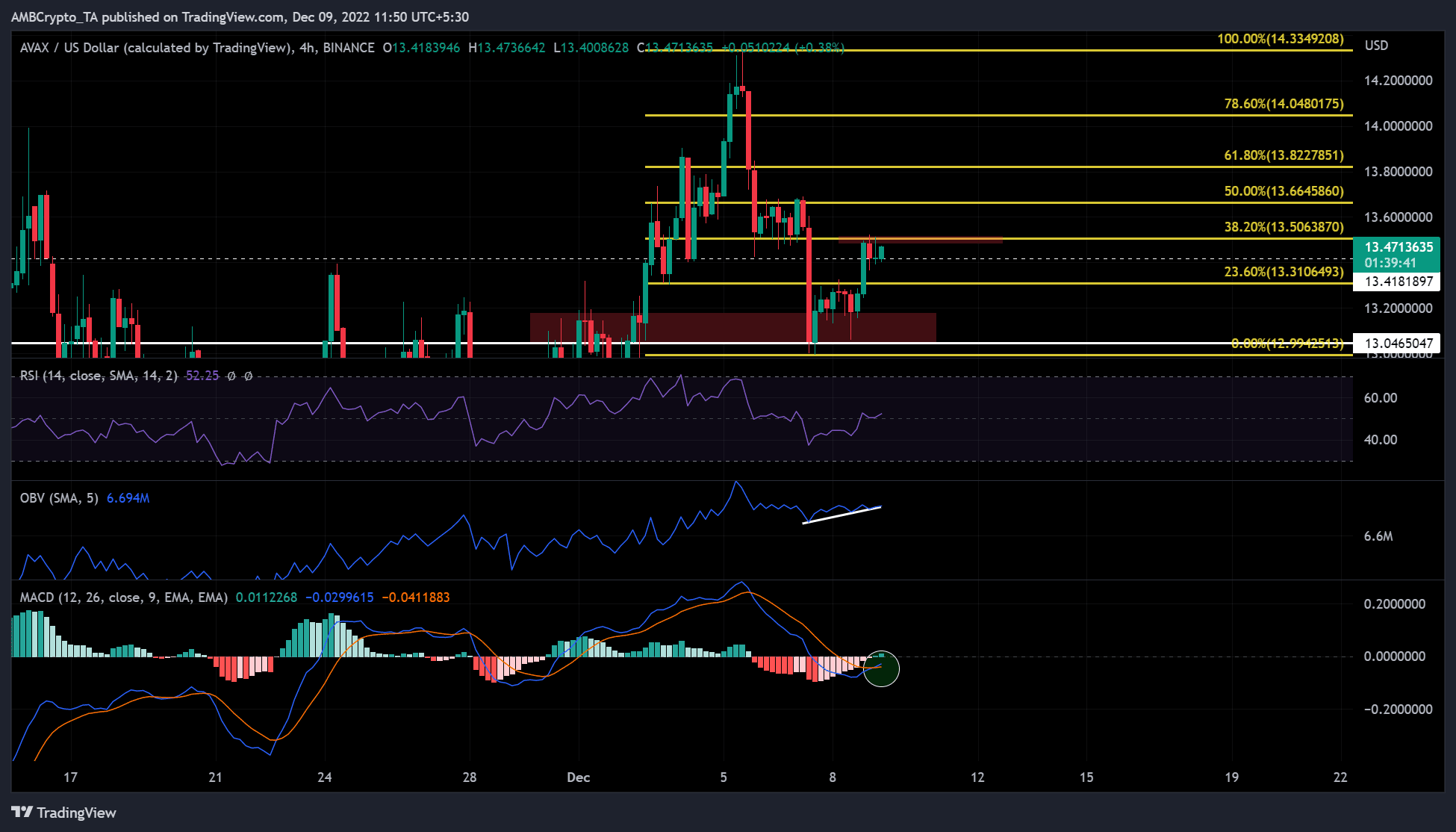 At the time of writing, AVAX’s bulls seemed buoyed by BTC’s recapture of the $17K level. The bulls also recaptured the $13.26 level and were determined to break the current resistance at the 38.2% Fib retracement level.

However, from the perspective of technical indicators, it’s not clear whether the bulls of AVAX can overcome the current resistance level.

The on-balance volume (OBV) has been steadily increasing, showing that trading volume and buying pressure have increased recently. The bullish MACD crossover confirms the trend observed on the four-hour chart.

In addition, the Relative Strength Index (RSI) has pulled back from the low range and is hovering above the neutral point. This shows that buying pressure has been steadily increasing, giving buyers leverage.

However, the RSI was at 52, only two units above neutral. So, the buyers weren’t quite in control and could easily face significant resistance from the sellers. Therefore, a convincing breakout above the 38.2% Fib level area could be a major challenge.

Given the bearish outlook for AVAX based on the on-chain metrics (see below), AVAX could fall back to current support and the bullish order block at $13.4181897 or below.

Avalanche witnessed a drop in development activity and weighted sentiment

According to data by Santiment, AVAX saw a slight decline in development activity. In addition, the weighted sentiment for the asset also slipped deeper into negative territory. This shows that the market outlook for AVAX in the spot market was bearish.

The same outlook was echoed in the futures market. At the time of publication, the Binance Funding Rate for the USDT/AVAX pair also made a turnaround from positive to negative territory.

Therefore, at the time of this article’s publication, AVAX’s rise could be short-lived, and a price correction could follow. If the structure favors the bears, they could easily drop AVAX to $13.4181897 or below.

However, if BTC maintains an uptrend above $17k, AVAX could break through current resistance and target new resistance at a 50% Fib level, which would invalidate the bearish forecast.

Related Topics:AvalancheAValanche Price Prediction
Up Next

Bitcoin whales show accumulation restraint: What does it mean for BTC?