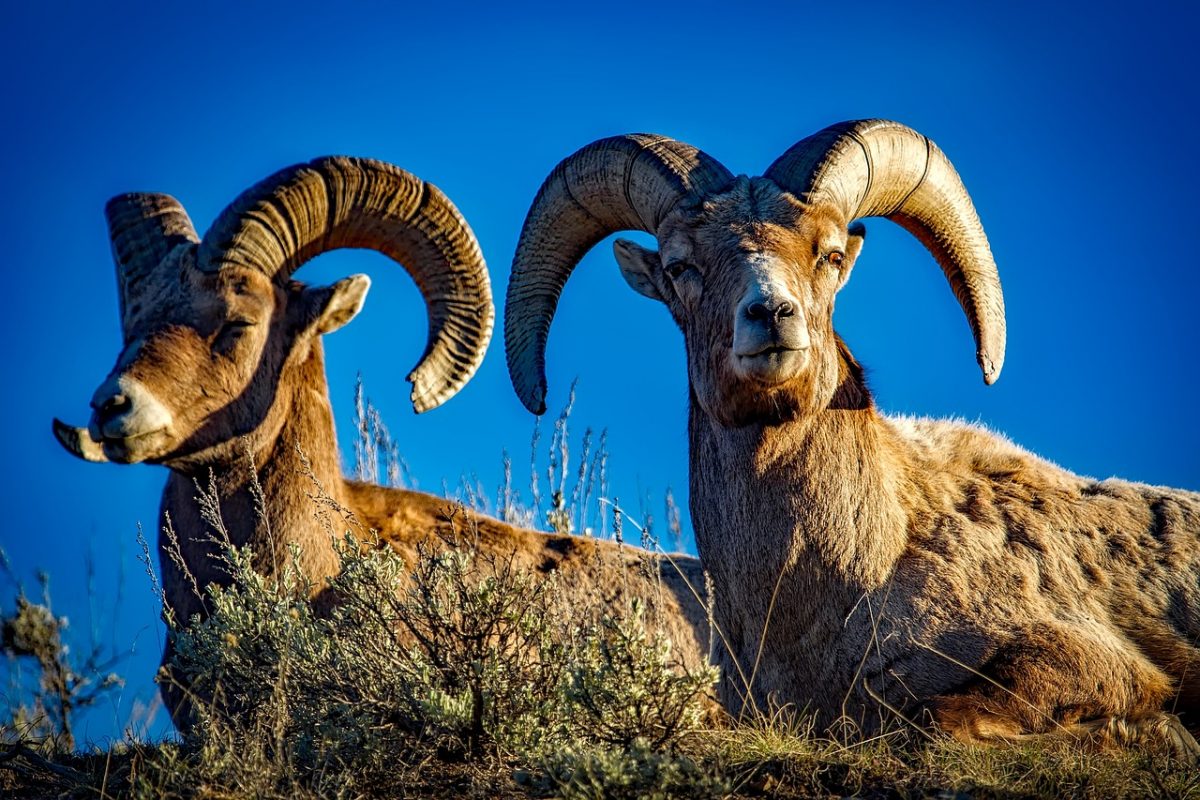 Dogecoin has been in a downtrend since the first week of December. The prices reached an area of significant support in recent days and have managed to bounce higher. This was not enough to undo the selling pressure DOGE witnessed in recent weeks.

Are your DOGE holdings flashing green? Check the Profit Calculator

Bitcoin was weak on the charts and faced significant resistance at $17k and $17.3k. Another liquidity hunt during the trading session on 26 December, just like the one on 20 December, was something traders need to be wary of. 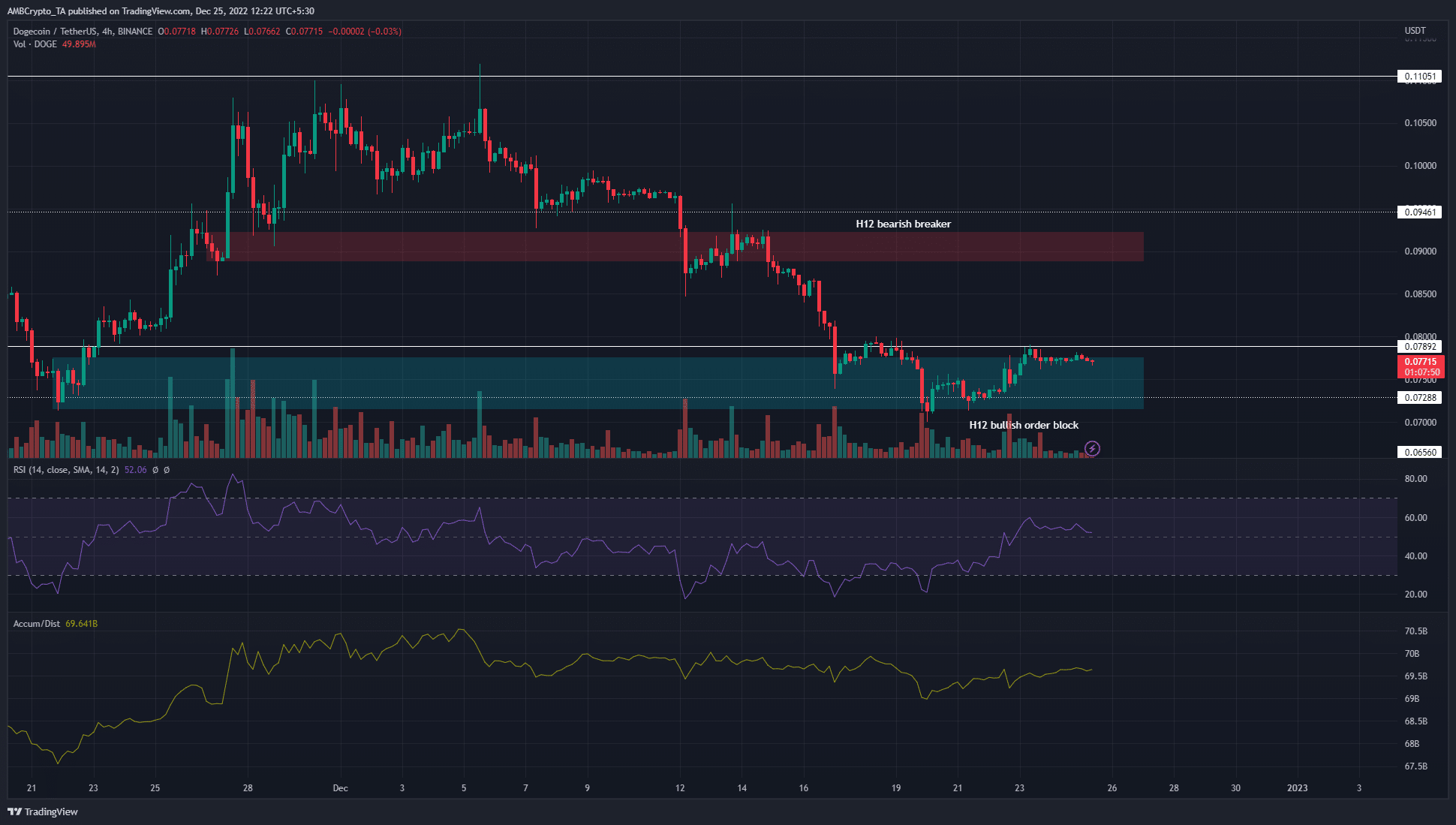 On the 12-hour chart, a bullish order block was formed at the $0.075 area on 21 November. Dogecoin revisited this region on 16 December, and traded within this zone since then. However, it also rallied by 8.15% in the past five days.

The Accumulation/Distribution (A/D) indicator saw some gains during this move upward, to indicate some demand behind the rally. However, the A/D has also been in a downtrend throughout December. This suggested that the rally was more like a bounce before another move downward.

The higher timeframe market structure remained bearish, and would shift bullish if DOGE can break out past $0.08. Meanwhile, lower timeframe traders can look for a revisit to $0.075 to consider buying the asset.

How many DOGEs can you get for $1?

The Relative Strength Index (RSI) moved above neutral 50 on the four-hour chart, but a strong move upward was not yet on the cards. To the north, the $0.09 mark can be a target for bulls should $0.08 be flipped to support. 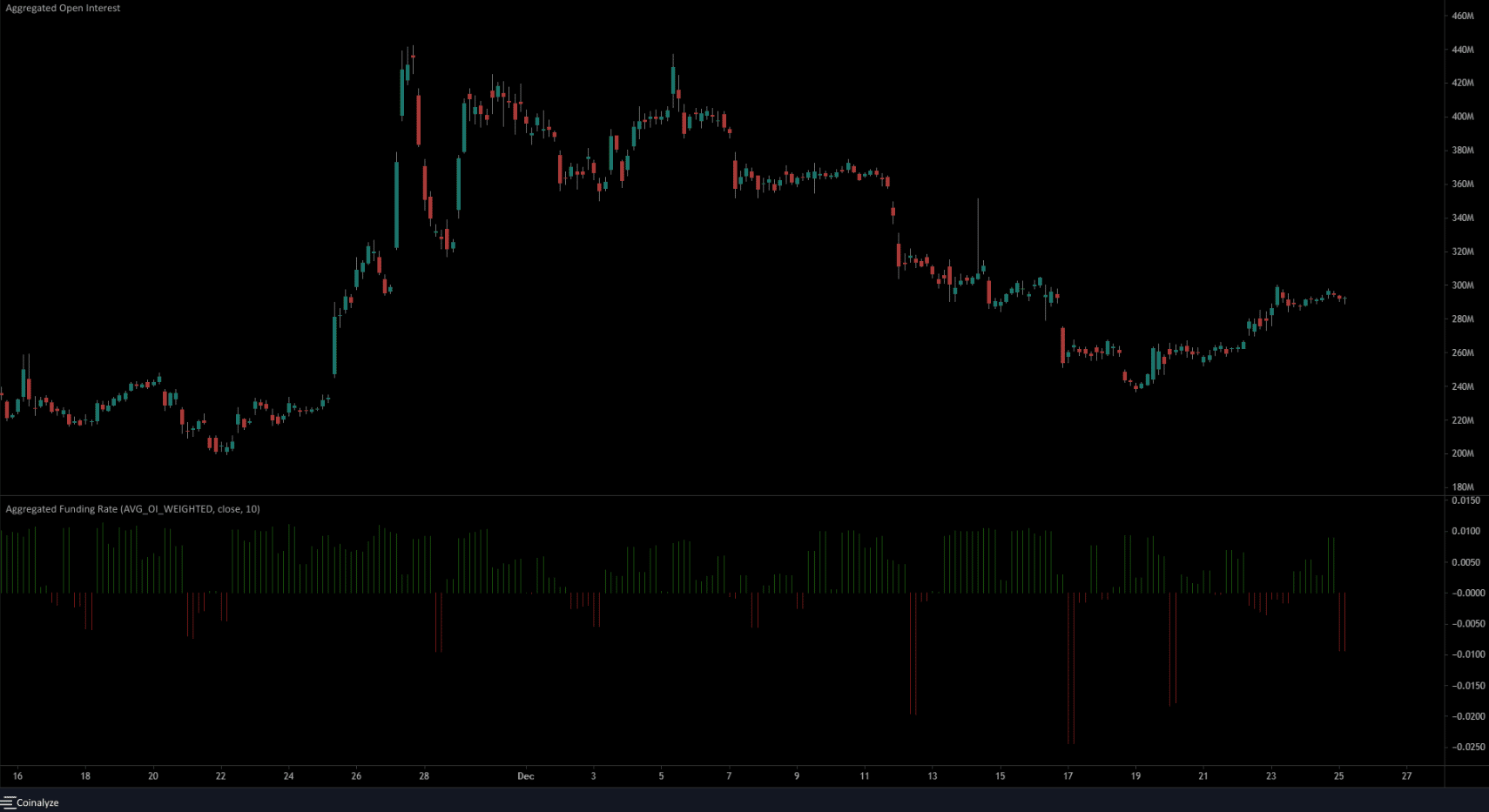 Throughout December, just like the A/D indicator, the Open Interest also dropped. This began to change on 19 December, when Dogecoin began to push higher after falling to $0.07. In the past week, the Open Interest has grown steadily. The funding rate has also been positive for the most part.

This changed in recent hours. The retest of $0.0789 as resistance saw the funding rate tiptoe into negative territory. If the OI can continue to rise alongside the price, it could reinforce the bullish momentum that Dogecoin has exhibited in recent days.

Will BNB face a FTT situation — CZ, Binance and these occurrences have the answer