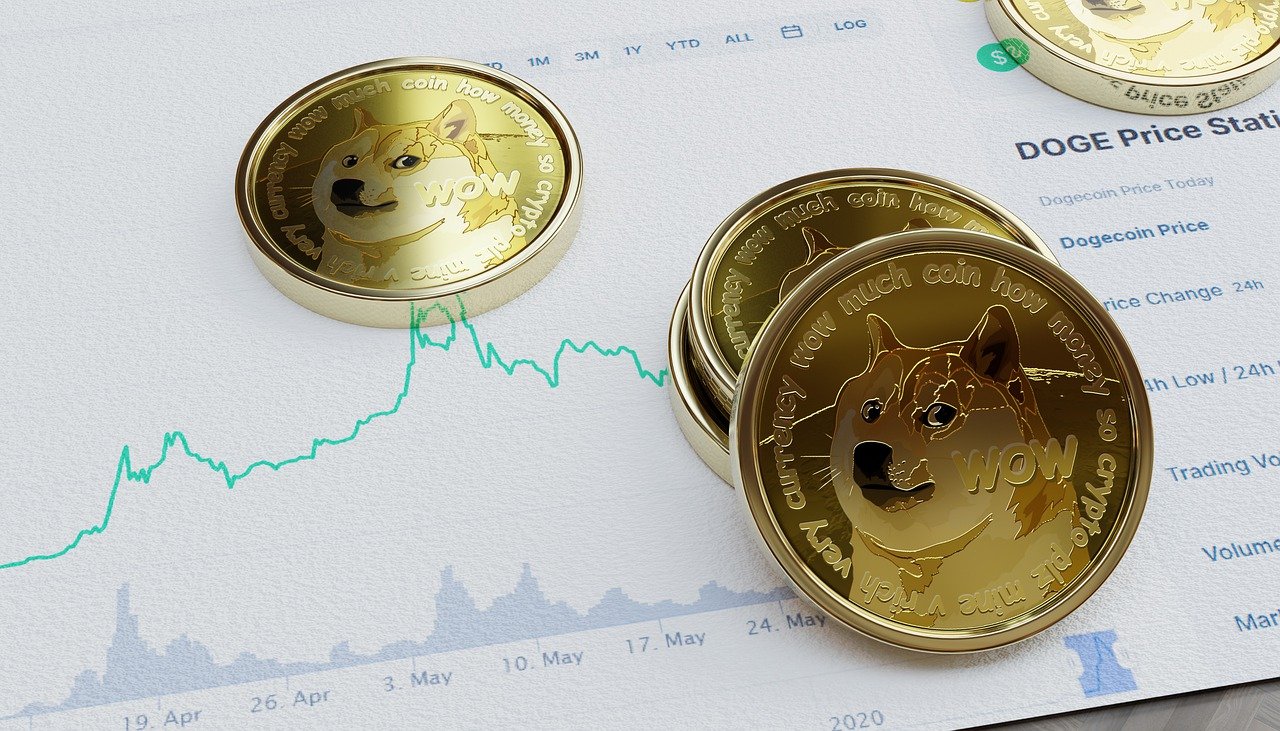 Dogecoin price has been on an extensive downtrend since its all-time high in May 2021. As mentioned in previous articles, this corrective phase is a blessing in disguise since it has formed a popularly bullish setup that shows the promise of an upcoming bull rally for DOGE.

Dogecoin price on the verge of breakout

Dogecoin price crashed a whopping 85% from its all-time high of $0.740 in the first week of May. The resulting downswing formed a base at around $0.109 in the last week of February. These consecutive months of downward trend continued for nearly a year while many altcoins rallied.

The weekly downswing created three distinctive lower highs and lower lows which when connected using trend lines describes a falling wedge pattern. This technical formation forecasts a 68% upswing to $0.241, which is obtained by adding the distance between the first swing high and swing low to the breakout point.

While Dogecoin price breached the upper trend line last week, it failed to sustain its momentum and closed the week on a positive note. However, the 23% gains were almost undone and DOGE currently trades at $0.130.

Assuming, Bitcoin price forms a base and reverses, altcoins, including DOGE will follow suit. In such a case, investors can expect Dogecoin price to produce a valid breakout above the falling wedge’s upper trend line at roughly $0.143.

In such a case, investors can expect the dog-themed crypto to trigger a 68% ascent to $0.241. However, this move would constitute a 88% gain from the current position. Therefore, patient investors are likely to capitalize on this run. 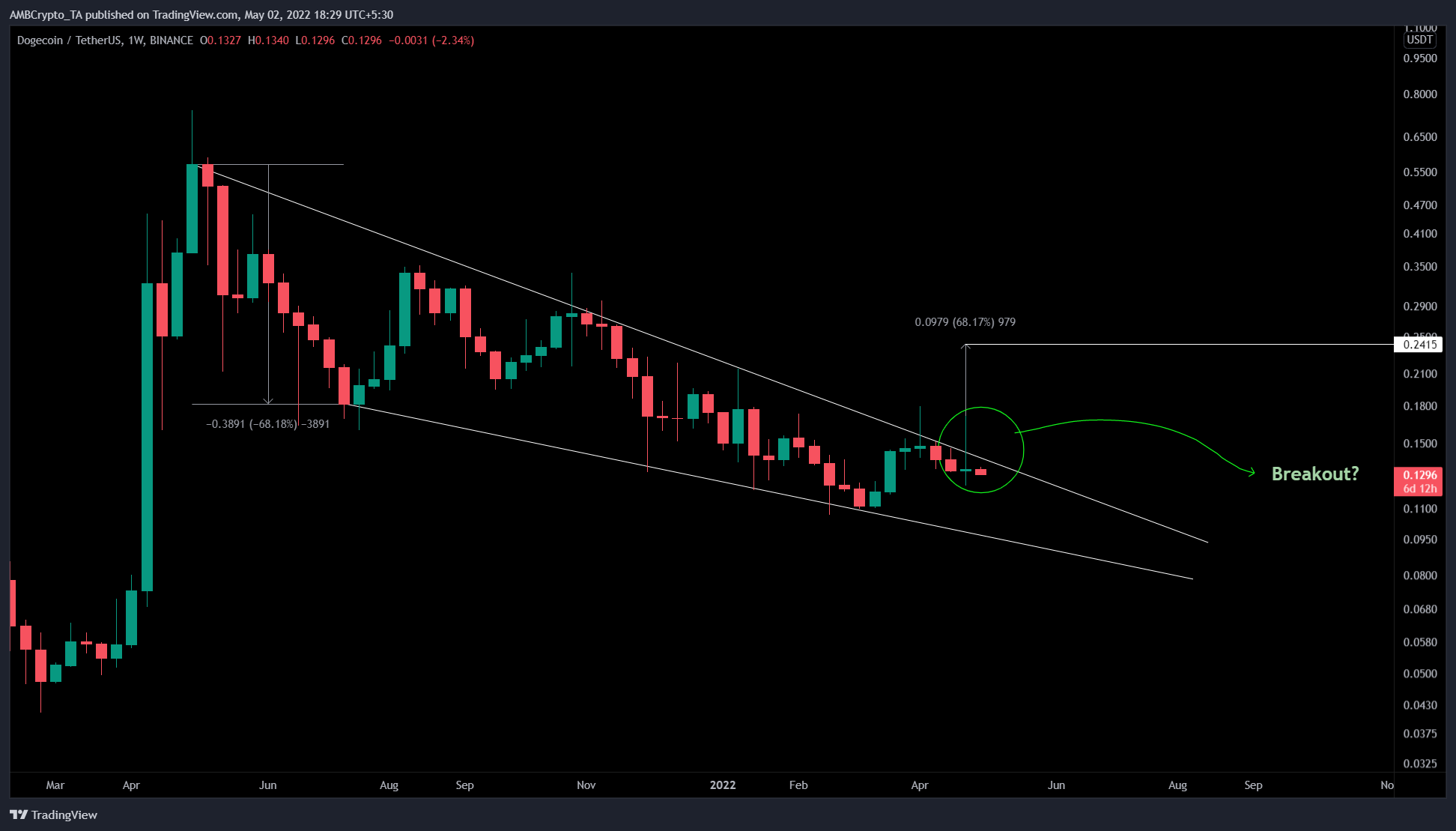 While the outlook for Dogecoin price is on the fence, the 365-day Market Value to Realized Value (MVRV) model brings the bullish narrative home. This on-chain index is used to track the average profit/loss of investors that purchased DOGE tokens over the past year.

Based on Santiment’s backtests, a value between -10% to -15% indicates that short-term holders are at a loss and long-term holders tend to accumulate under these conditions. Hence this area is often nicknamed an “opportunity zone,” since the risk of a sell-off is less.

For Dogecoin, however, the 365-day MVRV is hovering around -38%, which is a perfect accumulation zone for long-term holders considering the short-term term holders are well underwater.

Hence, the likelihood of a base formation around the current price level is high, which is in line with the technical perspective’s outlook on Dogecoin price.

As ETH whales go APE shopping, here’s what you should know before doing the same

Polkadot [DOT] yields some upside after a bearish run: Here’s what to look out for