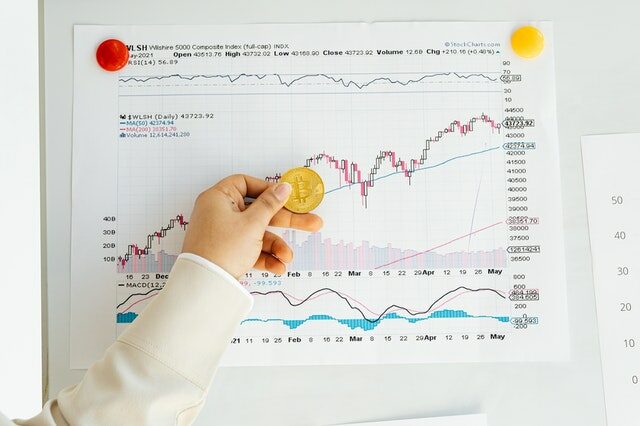 A larger bullish narrative has dominated the Bitcoin markets lately. The ETF approval, as well as billionaires and politicians being bullish on BTC, paid off really well.

Meanwhile, the king coin’s sideways action during the last week has been off-putting. As the spot market took a backseat, attention shifted towards BTC options and the futures market.

In spite of the sideways movement, one thing that was noticeable over the past week was that Bitcoin futures ETFs were making things simpler. Since the ETFs need to buy futures contracts on the CME, it resulted in a rise of open interest.

Indicating, there was a larger premium of the futures over spot BTC and notably bigger spreads. However, total BTC options Open Interest(OI) and Options Volumes were seeing a steady fall over the last couple of days.

Deribit OI fell from $13 billion to $11 billion, while options volume fell from over $1 billion to $423 million; a drop of almost 50% in volumes in less than a day. 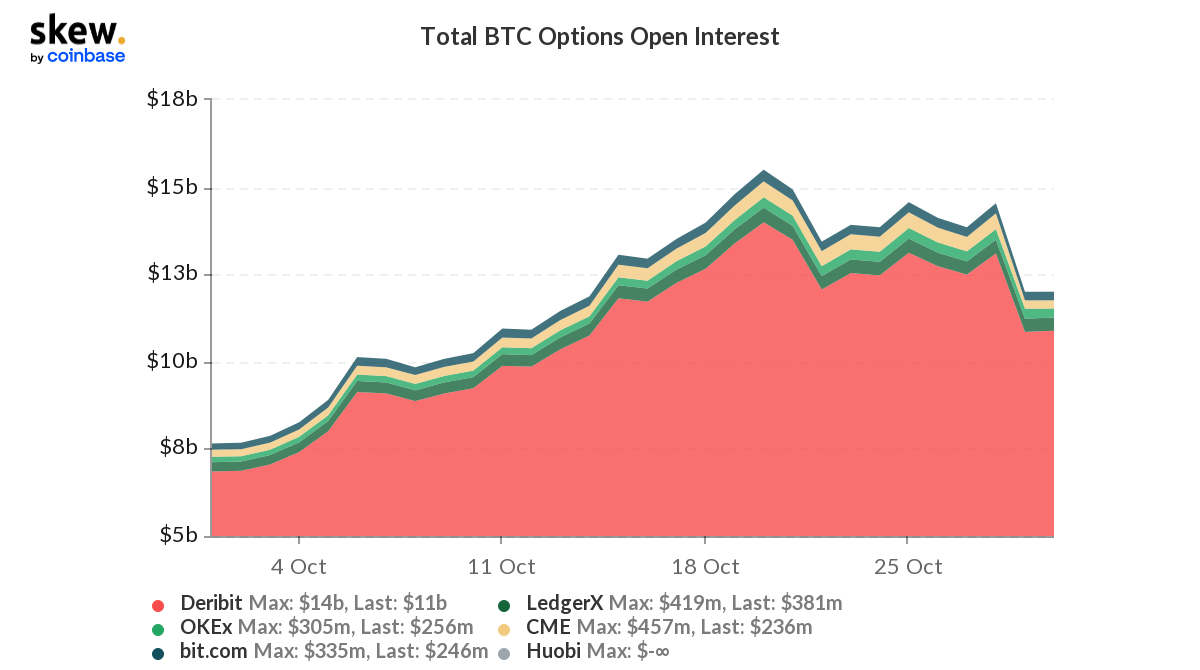 Nonetheless, BTC maintained the $60K level which was a good sign of price holding. One reason for the fall in OI could be the 29 October monthly expiry. Since BTC was above $58,000 on the day it resulted in a more than $400 million profit for bulls.

Bitcoin price was more or less consolidated. It seemed like analysts had mixed views about the short-term direction of the coin’s price. There were two more prominent opinions that circled in the market, one bearish and the other bullish:

Arguments that supported the first hypothesis were that HODLers were still uninterested in selling while selling and profit-taking seemed minimal.

Notably, the old coin volume, though rising, was still at historically low levels. Most importantly, an accumulation trend that began in May was still ongoing. On a macro level, the larger market was bullish on BTC.

Nonetheless, there were enough counterpoints for the aforementioned trend too, notably, there are more than 6K puts for the BTC $50K level. 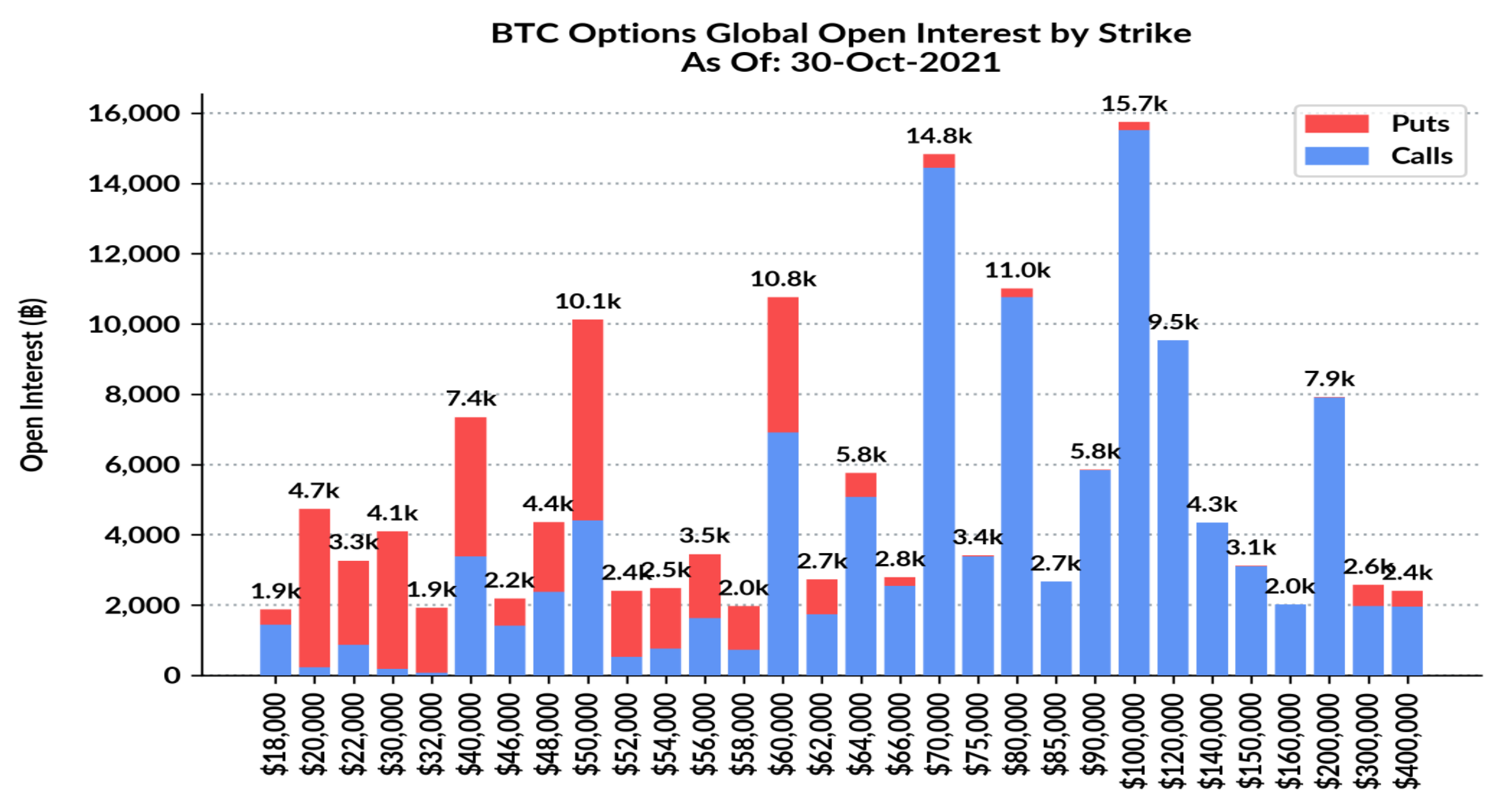 In fact, there seemed to be very little activity with the puts still dominating the calls three to two in the CME Bitcoin options market. 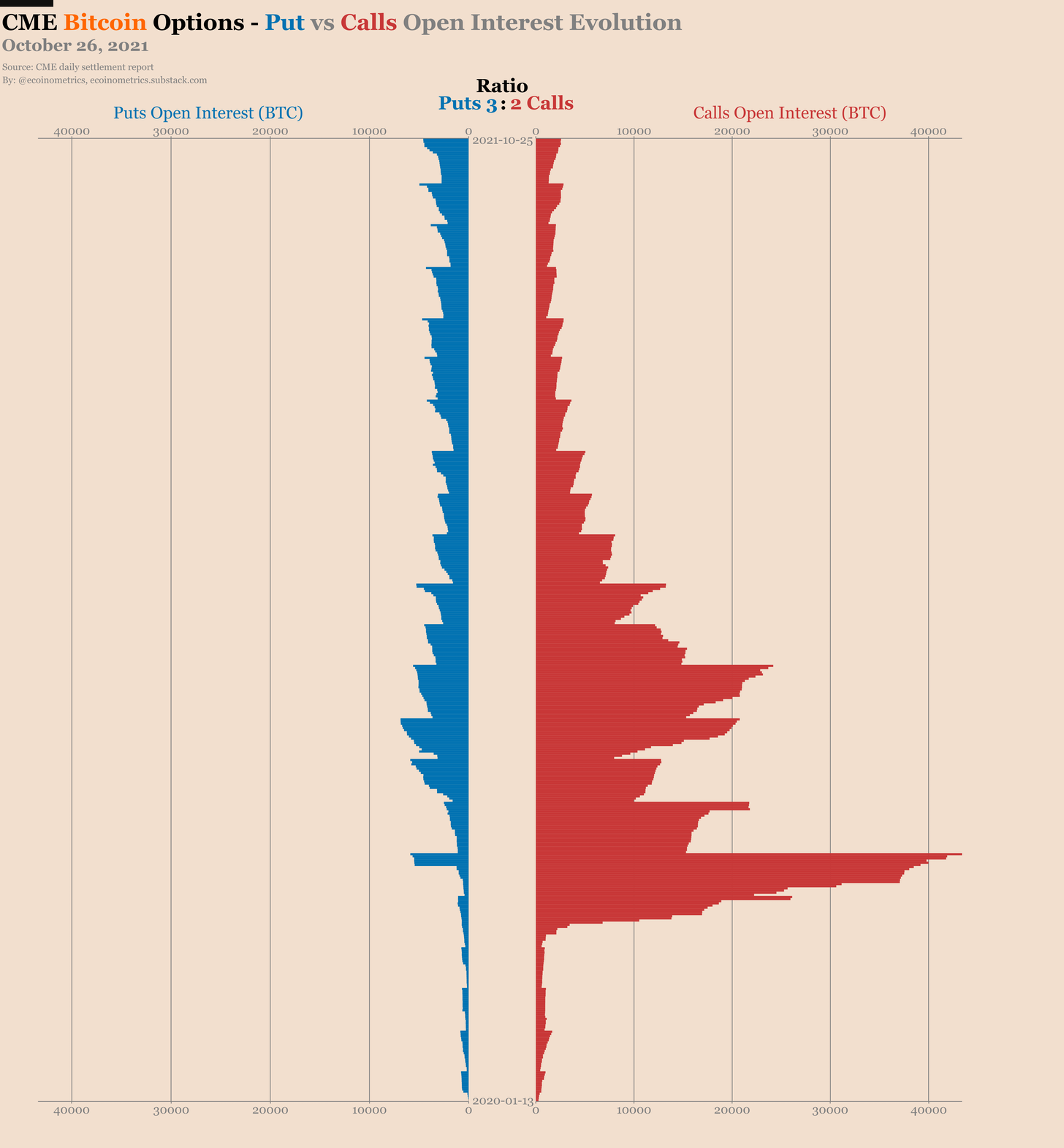 But most of all, one trend that pointed towards a short-term correction was that BTC spot Exchanges Inflow (MA7) seemed to be increasing now.

In the past too, BTC price has mostly faced corrections when BTC spot Exchanges Inflow(MA7) saw a rise. We might see a “short-term” correction until some amount of the spot flew into exchanges, has been dealt with.

All in all, with a calmer spot market and a rather perplexing options market, BTC’s monthly and weekly close could determine the price flow ahead.