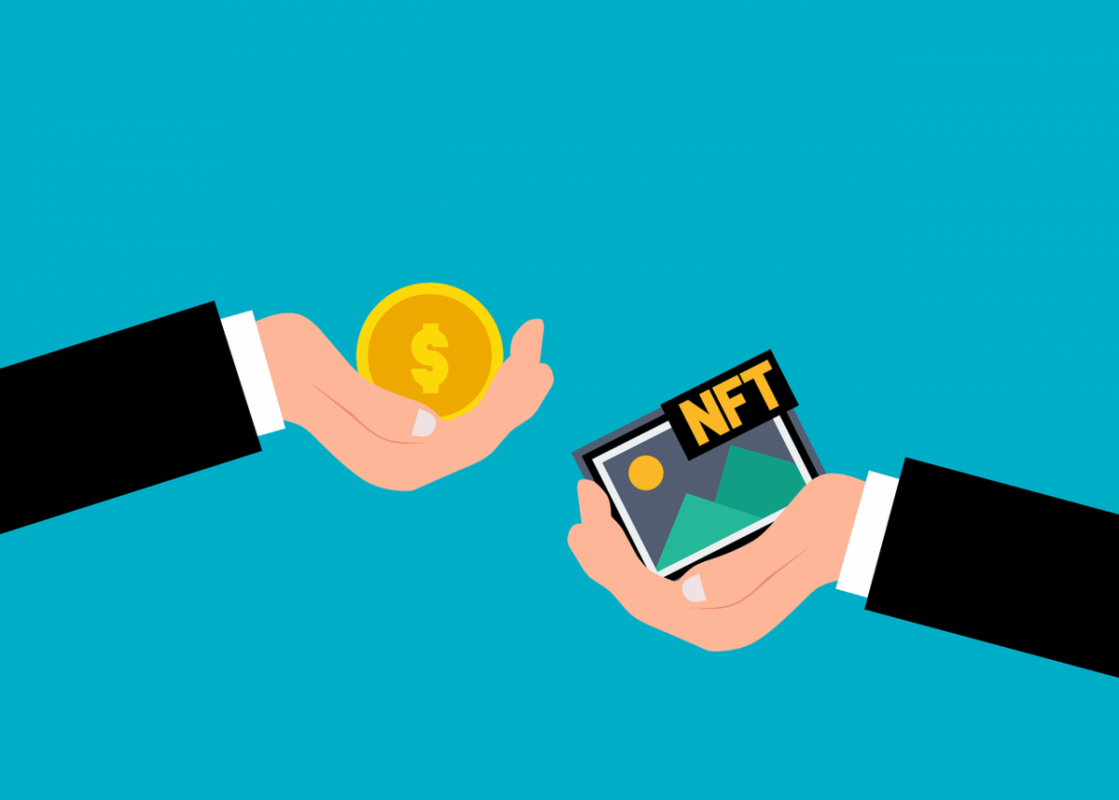 The general market recovery has been a major talking point since we wrapped up the first week of August. This theme is further prevalent in the NFT market which has seen “bluechip” collections reaping the rewards. However, CryptoPunks stands out as the leading collection during the bear market.

The collection has been a regular fixture at the top of CryptoSlam’s sales volume chart for many days. In fact, CryptoPunks has also ramped up social engagement in recent days after a couple of updates.

A tale about Tiffany

American luxury jewellers, Tiffany, announced a stunning bit of news on 1 August. It announced the launch of 250 NFTs exclusively for CryptoPunks holders. These so-called NFTiffs allow select users to transform their NFTs into a “bespoke pendant handcrafted by Tiffany & Co. artisans.”

Interestingly, each NFT was set a cost price of $50,000, which was sold out within 20 minutes of the launch.

In other news, KuCoin CEO Johnny Lyu announced the release of “hiPUNKS” on the trading exchange. This new NFT ETF represents 1/1,000,000 CryptoPunks in an on-chain swap pool powered by the Fraction Protocol. The initial total supply is marked at 6,000,000 HIPUNKS.

These developments have ramped up social activity for CryptoPunks during this week. According to LunarCrush, social engagements for the collection have surged by 270% to reach 197.85 million. The social contributors have also hit 142 after seeing a 97% hike over the past week.

These updates, invariably, affected the Floor Price of the collection, which was up to 74.5 ETH (+9.56%) at press time. 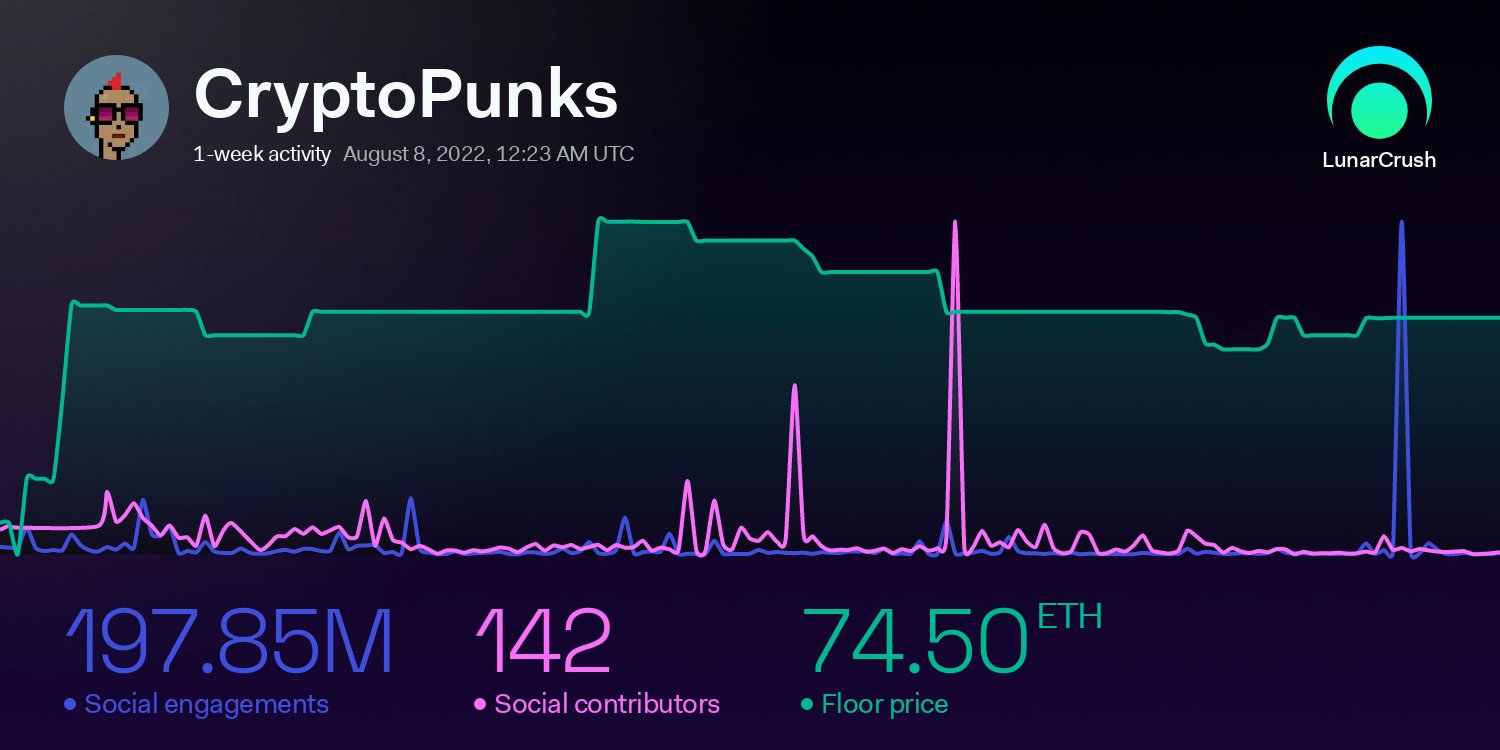 In the past week alone, CryptoPunks has seen sales volume rack up a figure of $8.9 million with a 120% surge. The highest point was seen on 6 August when the sales volume peaked at $2.5 million. In fact, according to CryptoSlam, CryptoPunks was only second to NFTiffs on the volume chart this week. 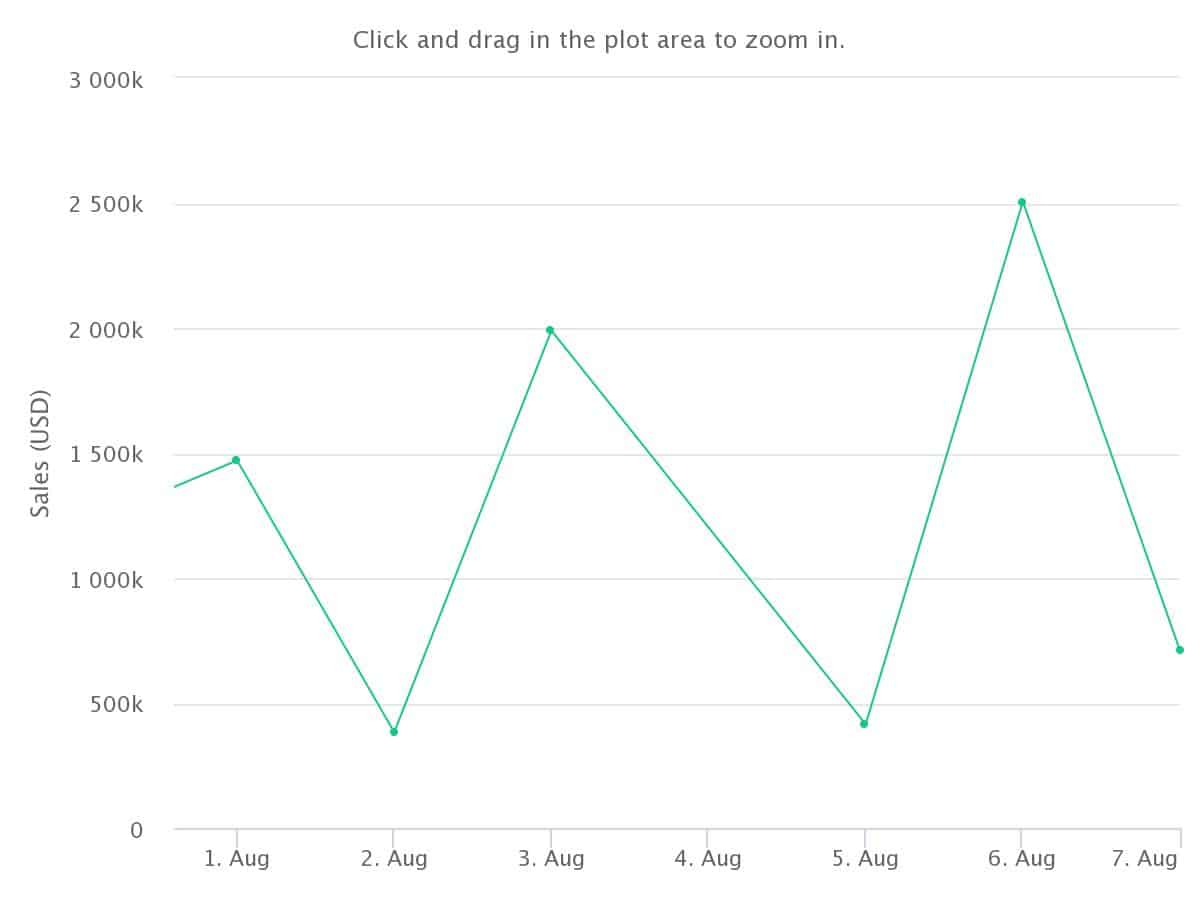 Over the past week, there has also been a modest increase in CryptoPunks trading with a slight increase in buyers and sellers. Buyers have increased up to 42 (+2.44%), while sellers have risen to 46 (+4.55%).

The overall scenario surrounding CryptoPunks has been a delight for holders as the collection leads the charge in August. CryptoPunks continues to tread higher than other major collections such as BAYC and Moonbirds. With increasing innovation and scalability, there is growing hope for CryptoPunks to retain this position in the near future.

Related Topics:CryptoPunksnftYuga Labs
Up Next

With a 100% rally behind it, is it time for AVAX to finally stop