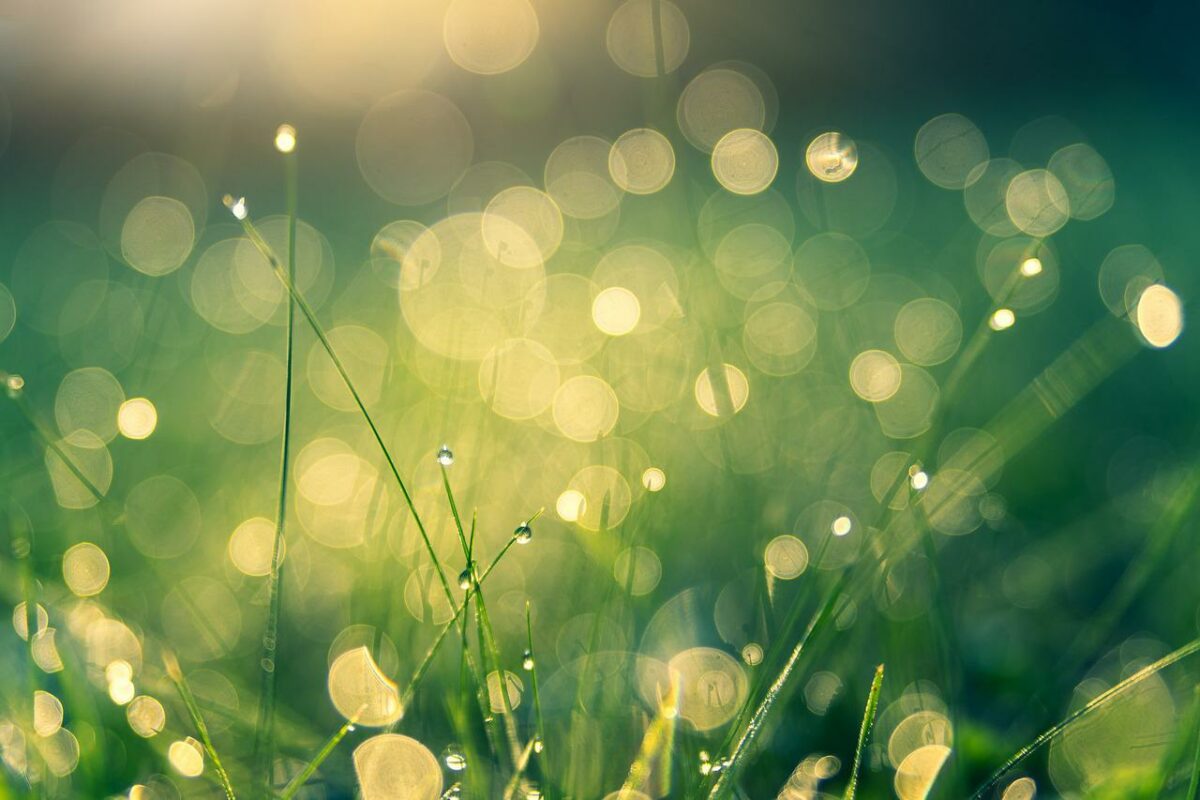 The Chair of the Federal Reserve of the United States Jerome Powell stated that the Federal Reserve would keep hiking rates in order to tame inflation. This could continue into June and July, which could have a bearish impact on the stock markets in the coming weeks.

Crypto is a risk-on asset, and could also face heightened selling pressure. Avalanche and Algorand continued to register losses on the price charts. The NEAR token also slipped beneath a significant level on 18 May. 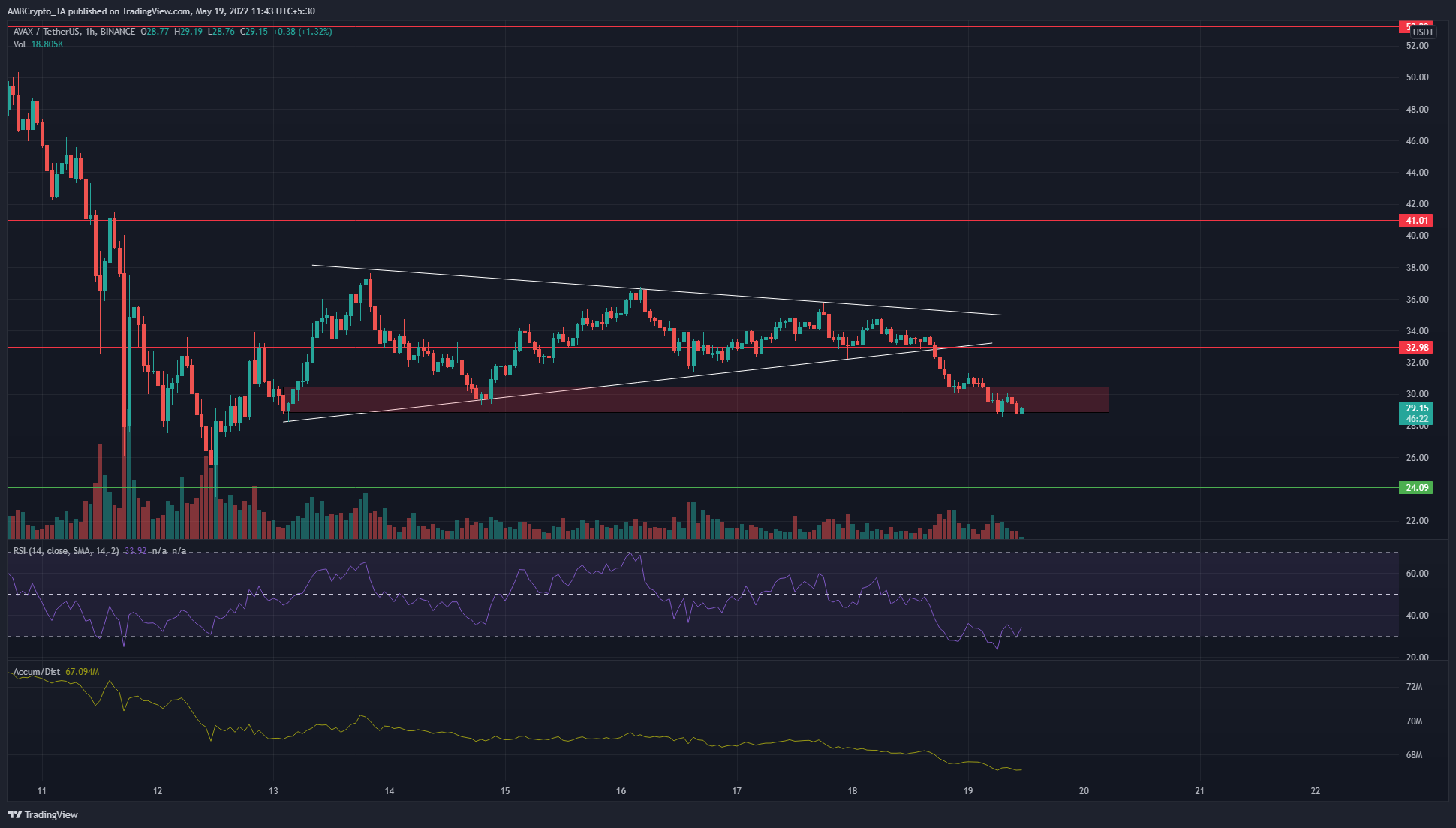 AVAX formed a symmetrical triangle (white) over the past week and finally broke beneath the $33 level and into the $30 demand zone (red). In the next few hours, there is a good chance that AVAX would continue to shed value.

The RSI dropped into the oversold territory on the hourly chart but managed to climb back up in the past few hours to show a value of 33.9. However, the momentum continues to favor the bears, while there is also a bearish market structure due to AVAX registering a new lower low.

The A/D indicator was also in a steady downtrend to show the strong selling volume behind the decline of AVAX. The $26 and $24 levels could be revisited soon. 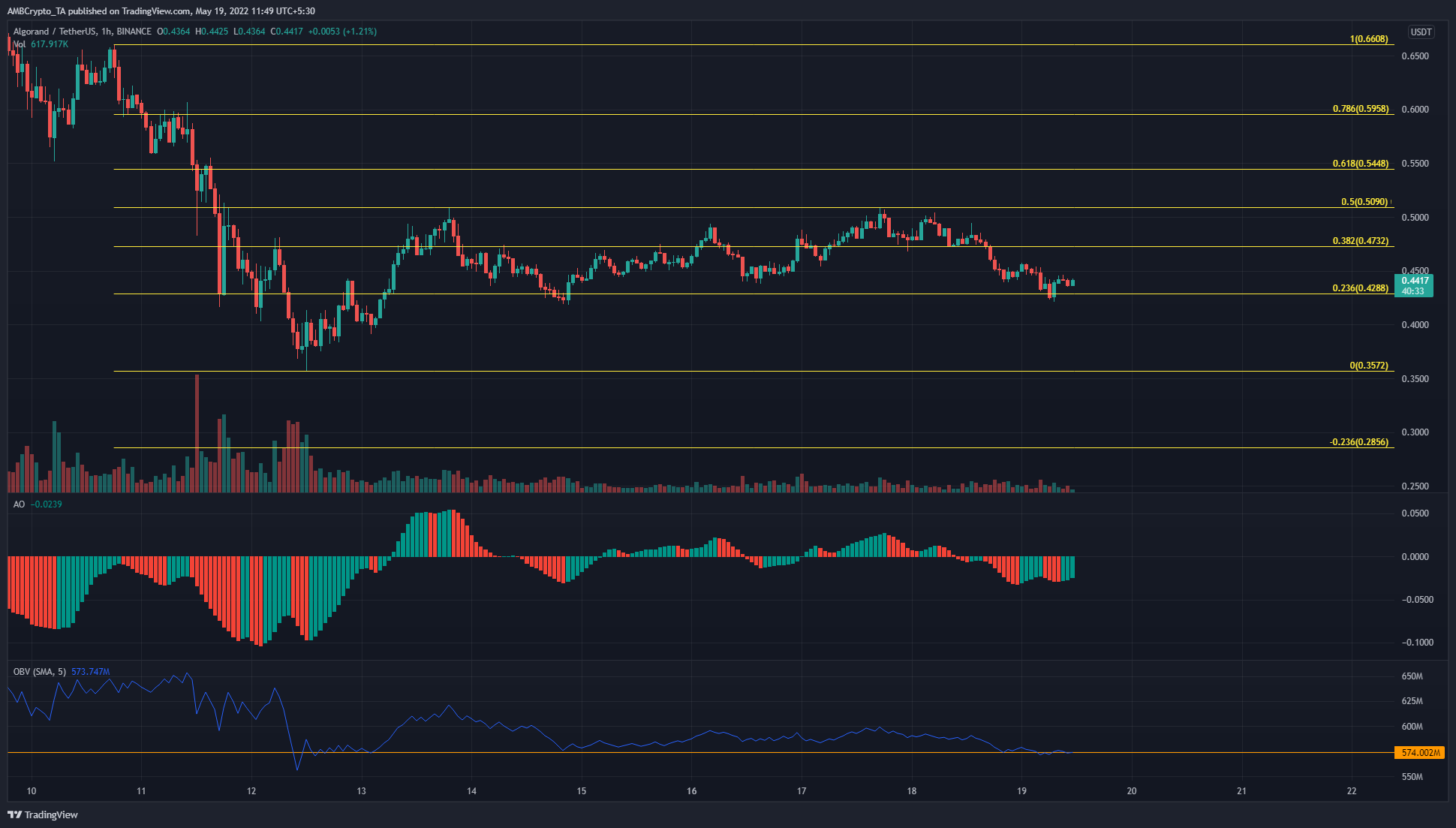 The Fibonacci retracement levels (yellow) showed ALGO to be unable to climb past the 50% retracement level of a drop to $0.35 earlier this month. In the past few days, the price has oscillated from $0.5 to $0.428, establishing something akin to a range.

Alongside this ranging price action, the Awesome Oscillator also showed no real momentum behind ALGO. However, this changed in the past few hours as the AO dropped strongly beneath the zero line.

The OBV clung to a short-term support level but a drop below this line on the OBV could signal further losses for ALGO. 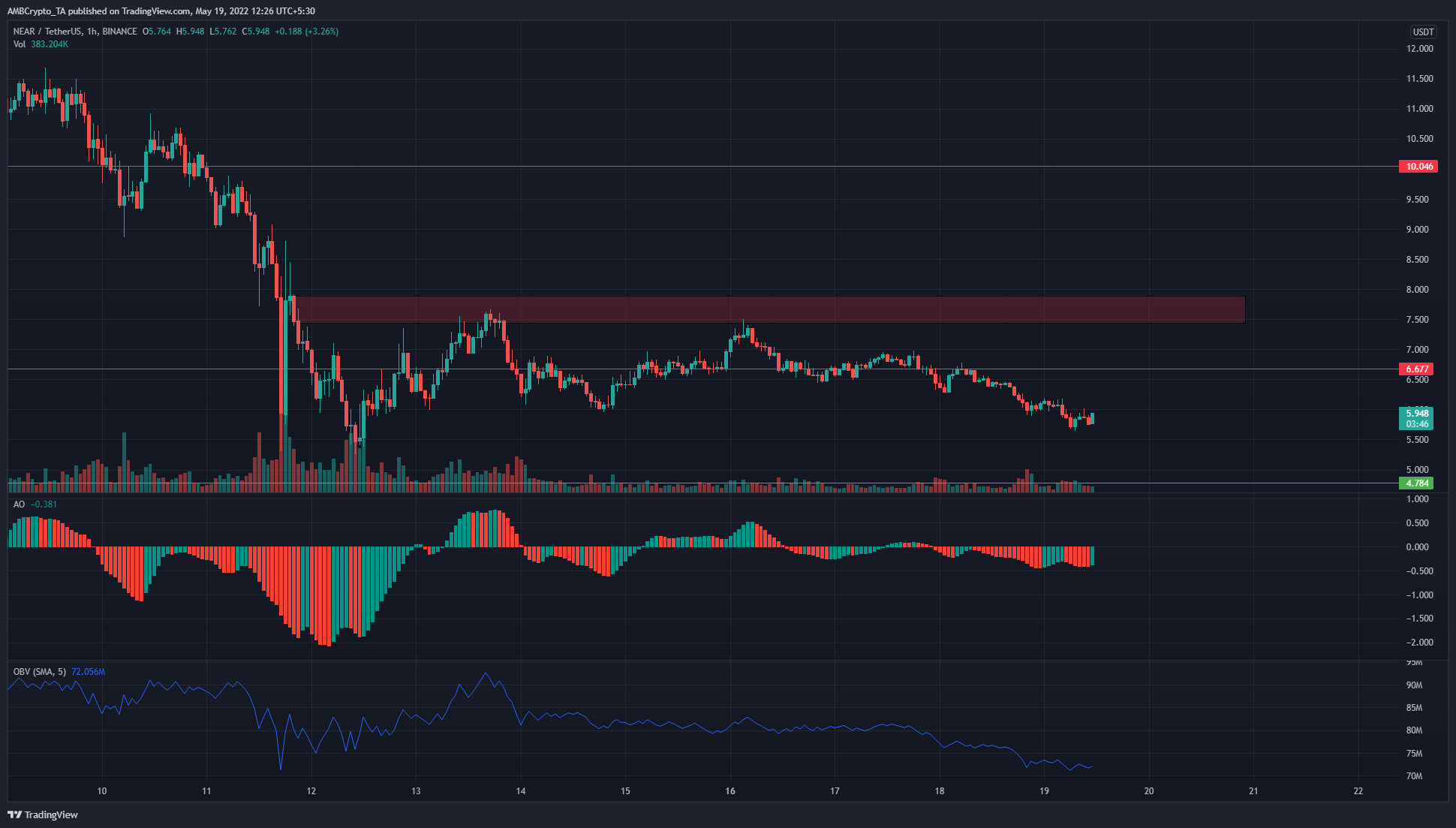 The price broke beneath the $6 level and appeared to be retesting it as resistance at press time. Even if NEAR can climb past $6, there are no real buying opportunities for the risk-averse trader.

The strongly declining OBV and the bearish technical structure pointed to shorting opportunities in the $6-$6.5 area.

Related Topics:algoAVAXNEARPrice Analysis
Up Next

Chiliz: CHZ jumps 18% on the Bitpanda listing news, but here’s the caveat

No monkeying around: Are ApeCoin [APE] investors already giving up