“What a month”, said an Ava Labs employee.

The Luna Foundation Guard (LFG), on 7 April announced the LFG’s intentions to buy $100 million worth of AVAX tokens from the Avalanche foundation. Also, the main developer of the Avalanche blockchain reported on 14 April to be raising $350 million in new financing  at a $25 billion valuation.

In addition, the Avalanche foundation on 23 April announced a strategic investment in its native decentralized borrowing mechanism, Yeti Finance. In light of all these developments, has there been any significant growth in the Avalanche native token, AVAX?

Similarly, the trading volume for the token took some beatings. It dropped significantly by a whopping 80% from $1.74 billion recorded at the beginning of the month to $341.51 million at the time of this writing.

Furthermore, a look at the Money Flow Index (MFI)  indicated a month-long bearish bias as the MFI steadily declined toward the oversold position. At the time of this writing, it stood at 29.55 in an upward trend. The 39.34 RSI also appeared to be in an upward direction. This seemingly bullish overturn was confirmed by a Descending Triangle noted at the time of this writing. 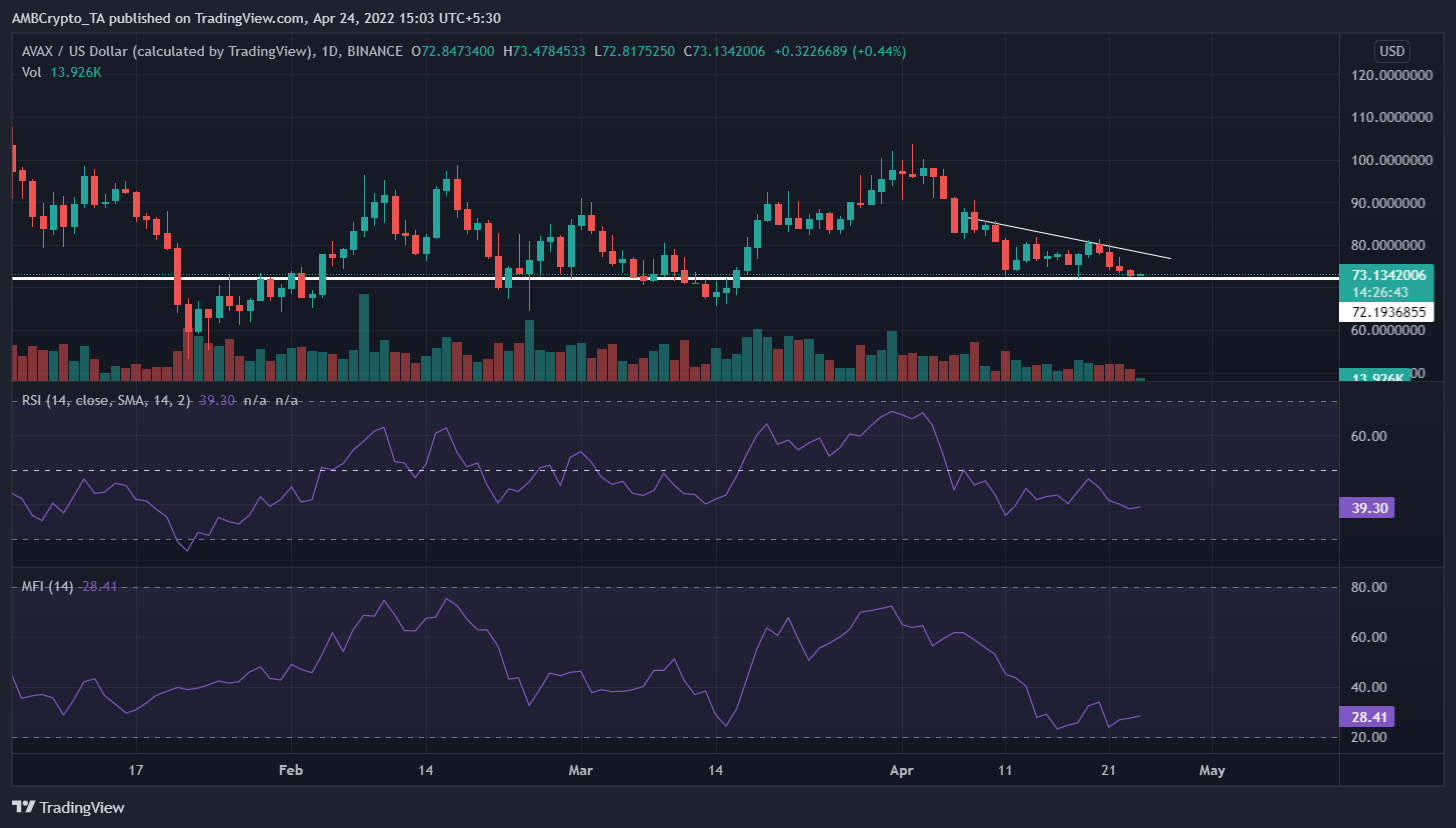 Should Vitalik be worried?

The Avalanche Blockchain prides itself as the fastest smart contracts platform in the blockchain industry, as measured by time-to-finality. The Blockchain boasts of its faster transaction processing time—4,500 transactions per second versus Ethereum’s limit of 15. However with a market cap of just $19.6 billion when compared to ETH’s $355 billion, it appears to still have a long way to go.

Shiba Inu: Is SHIB gearing up for another 100x rally soon

Polkadot: Why this could be a profitable entry for DOT buyers