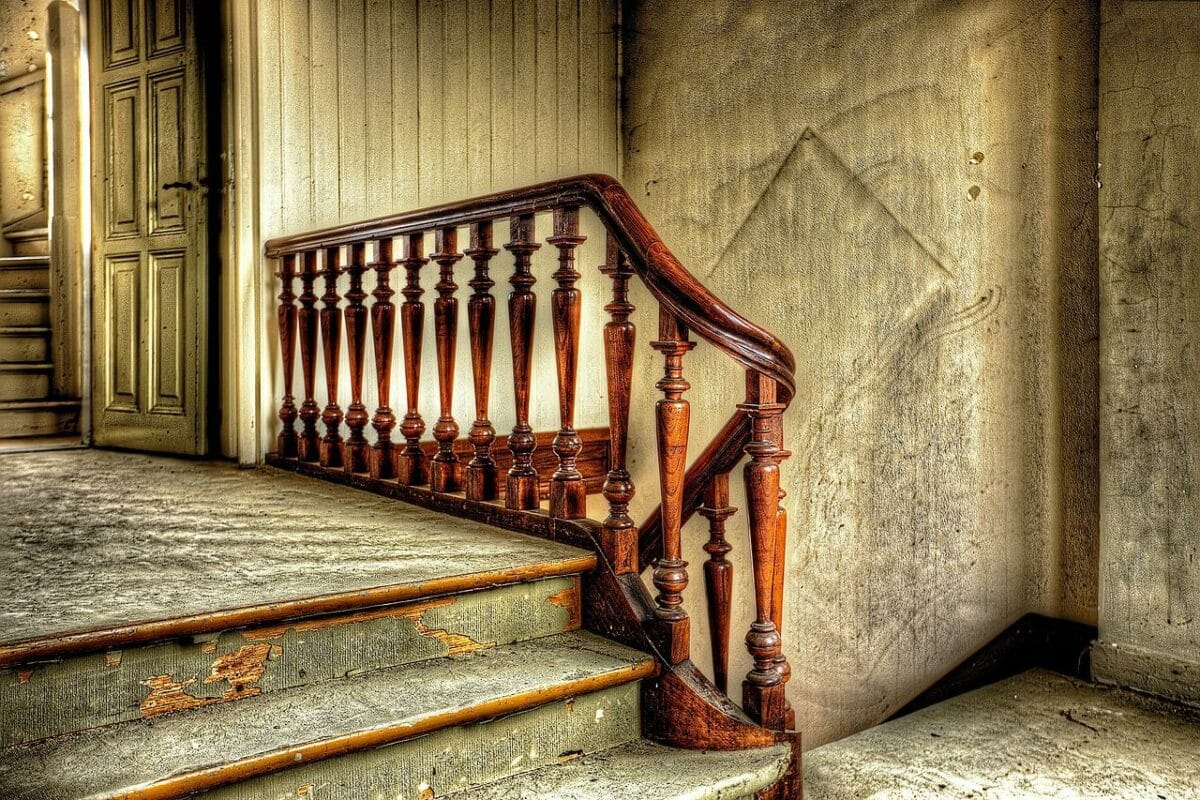 The shift in momentum saw an influx of buyers for altcoins across the market, and Avalanche [AVAX] was one of these coins. AVAX broke above the past month’s highs at $22 to show bullish intent. Has the rally run out of steam, or can the buyers force AVAX above $28 soon? 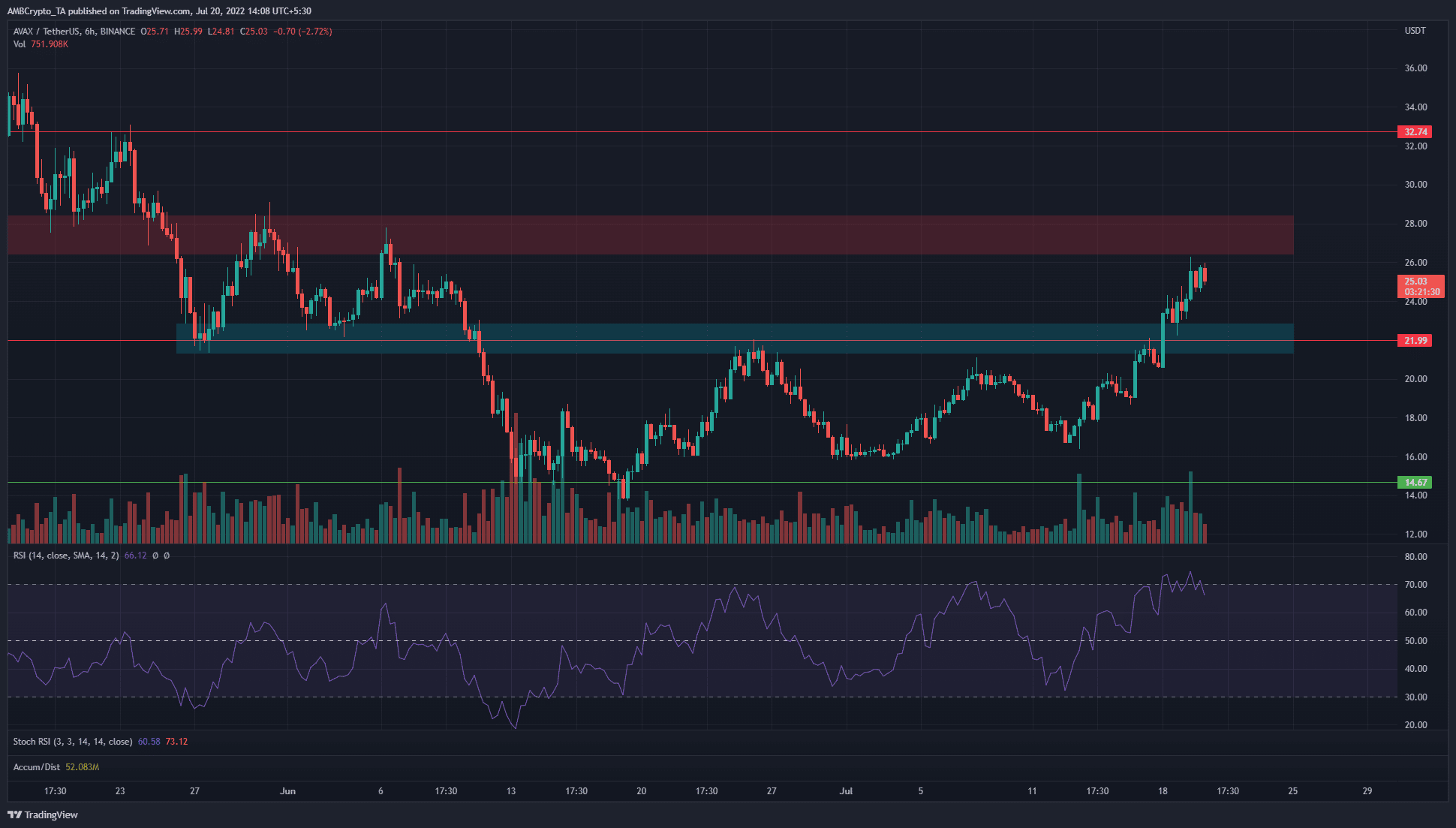 Over the past week, AVAX managed to post impressive gains and the bulls pushed the price past $22 on high trading volume. This move showed conviction. However, it was unclear whether that conviction can propel AVAX past $28 as well. 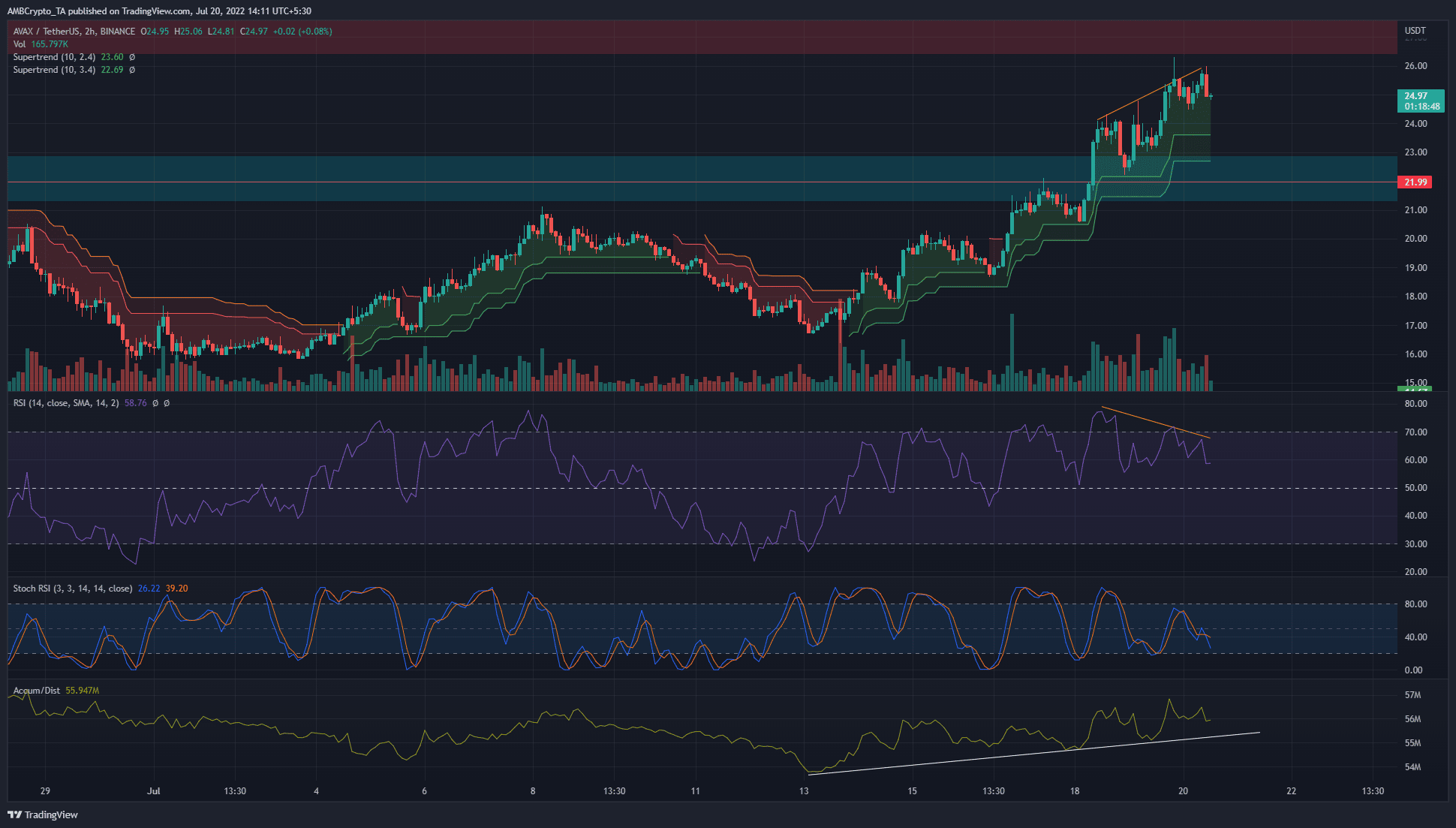 The two-hour chart for Avalanche showed strong bullish momentum. The Relative Strength Index (RSI) was well above the neutral 50 line, while the two Supertrend indicators flashed a buying signal. However, the RSI formed lower highs even as the price pushed higher. This was a bearish divergence and indicated a pullback was possible for AVAX.

A buying opportunity could arrive at $23.5, the upper Supertrend, with a stop-loss below $22.7, the lower Supertrend. This would present a relatively low-risk trade (provided position size is managed) while also giving the trader a chance to ride a push toward the $28 region.

The A/D line has also been climbing, to show steady buying pressure. The Stochastic RSI dipped toward the oversold territory, and a bullish crossover could be used to examine entering long positions.

Bitcoin approached resistance in the $24k area, and rejection for Bitcoin could see the altcoins tumble.

Hence, caution was advisable. Traders might have to flip their bias back to bearish if BTC moved back below the $22k area.

Avalanche could slip back below the $22 support level, and invalidate bullish notions. Yet, at the time of writing AVAX continued to possess bullish momentum.