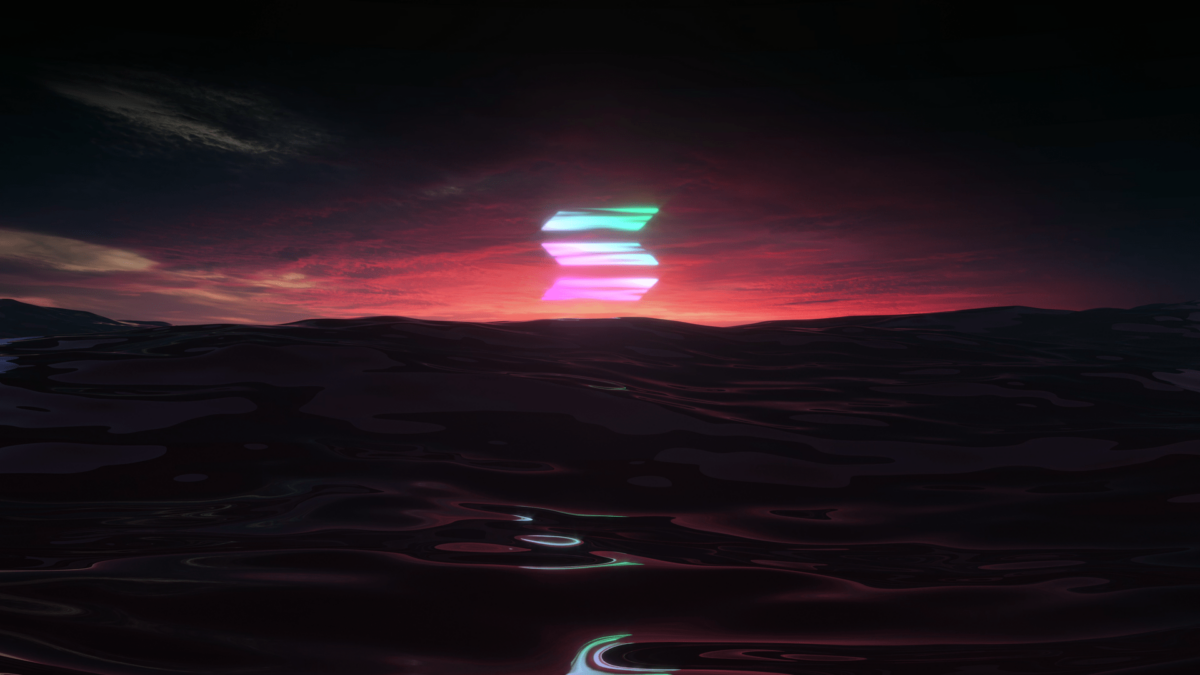 Solana has been tough competition in the DeFi space, but Avalanche is looking to take it on soon. Previously, it only had Terra as a competitor since it was still far away from overtaking Solana. Interestingly, Avalanche might do that if it manages to maintain its growth on the charts.

Curiously, Solana replaced Terra to take the third spot. And now, Avalanche has pushed Terra further below as it has taken its fourth spot. Even so, Ethereum continues to dominate the DeFi space.

At the time of writing, Avalanche was only $1.1 billion away from taking the third spot from Solana.

Avalanche was led by the explosive rise of some major protocols on the network such as Cook finance, Blizz Finance, and Wonderland, among others. Ergo, it is seeing a myriad of investors participating in the network, making the network’s growth actually organic.

Its overall network development is also decent, growing every day. However, when it comes to how it can be a threat/competition to Solana, the answer isn’t exactly one-directional. Especially since Solana and Avalanche are equally tough.

For starters, the participation boom on Avalanche has led to the revenue figures crossing $1 million and touching $1.9 million at its peak. Solana, on the other contrary, flashed figures of only $280k per day. 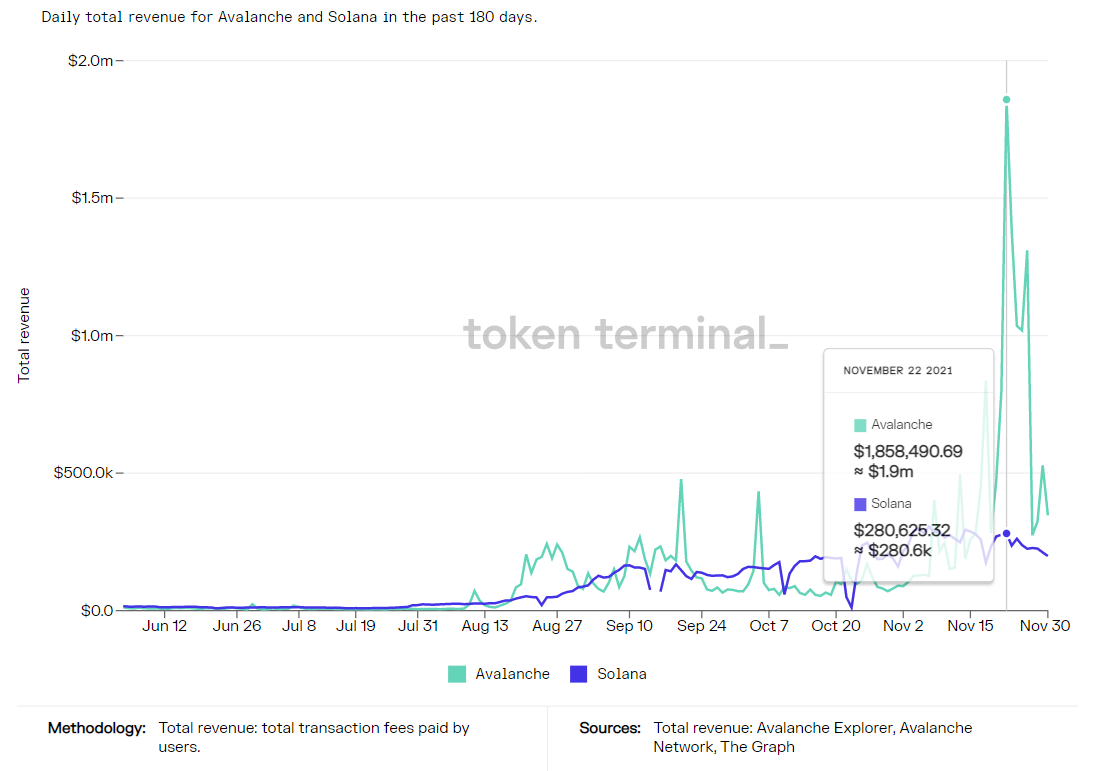 But, in terms of overall trading volumes, the figures are led by Solana with Avalanche trailing somewhat. 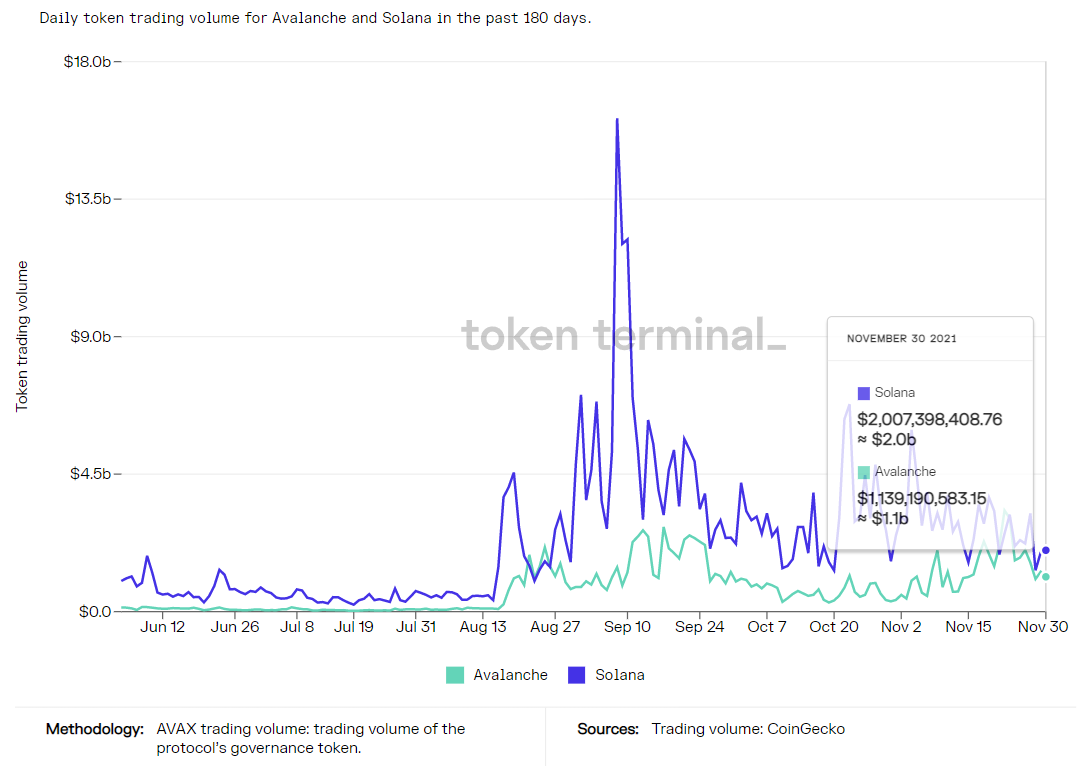 Notably, social volumes also seemed to indicate that Solana has been slightly more popular and wanted than Avalanche.

However, Avalanche still remains comparatively more attractive given its growing adoption and integration. Consider the latest example, for instance – OlympusDAO.

This is more so because it offers significantly higher risk-adjusted returns, when compared to Solana. This does play an important role in driving investors towards the network.

Additionally, with a growth rate of 17% observed over the last four days, AVAX, at press time, was only 9% away from hitting a new all-time high. Hence, the future might see more investors entering the Avalanche market when that happens.