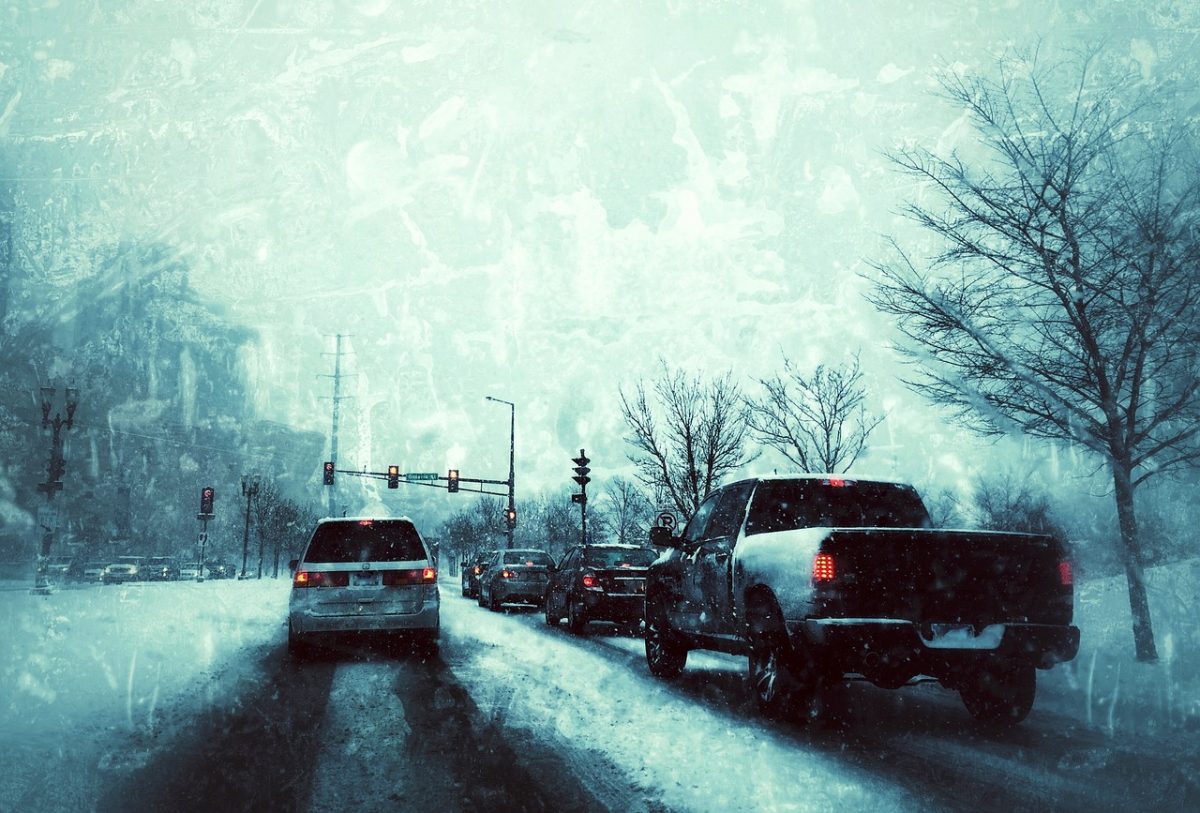 Avalanche has struggled in the markets in recent days. AVAX has slid from the swing high of $20.63 on 5 November to the swing low of $12.03 on 9 November. This represented a plunge of 41.6%. Since then, AVAX has witnessed a bounce in prices.

In other news, the GameFi segment on the Avalanche network has witnessed remarkable growth in recent days, despite the market sentiment being negative. However, that factor was unlikely to prompt a hike in AVAX prices. 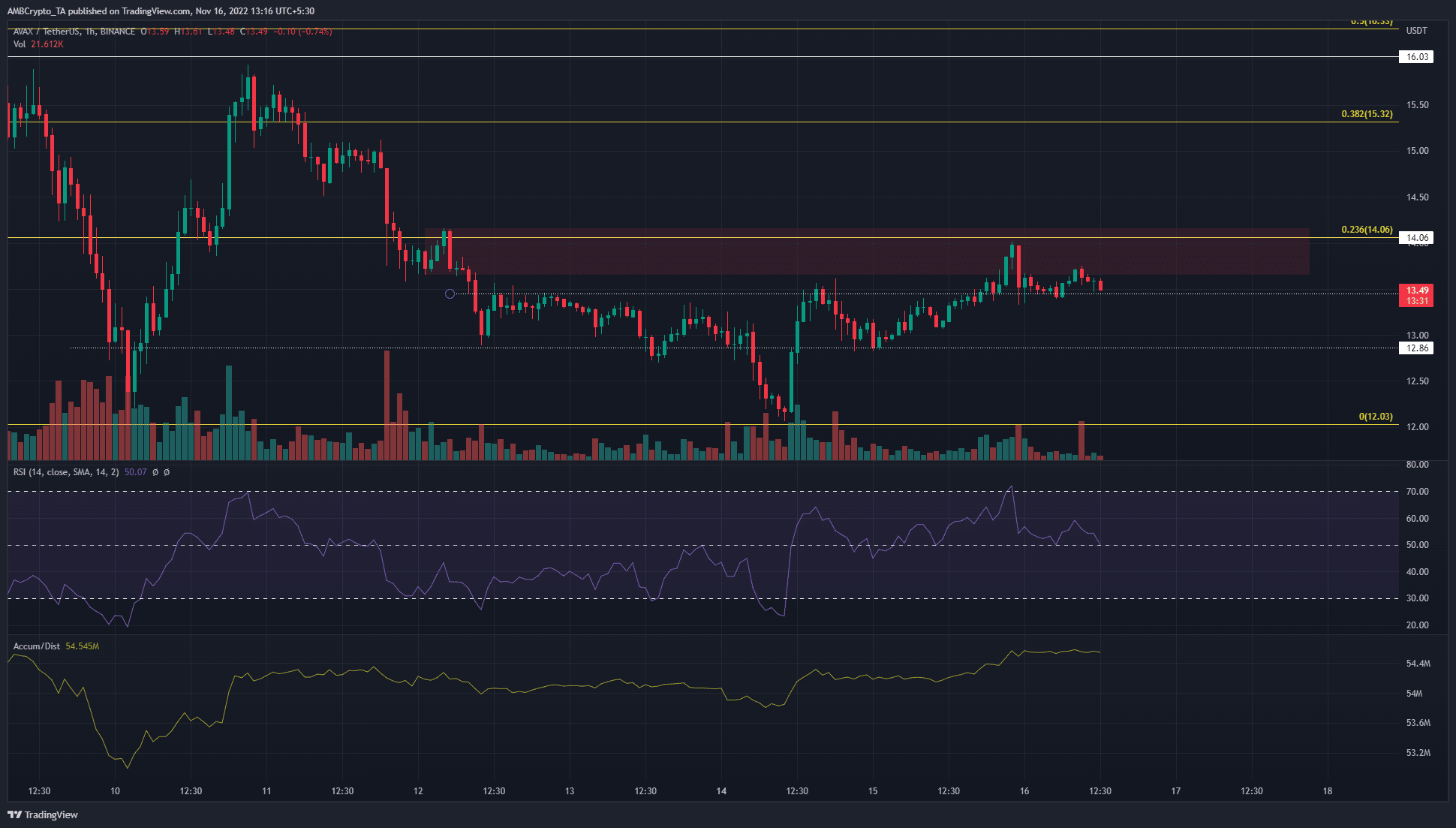 An inspection of the 1-day timeframe showed the market structure was strongly bearish. On the 4-hour chart as well, the $13.6-$14.1 posed a hefty zone of resistance.

It was a bearish order block on that timeframe, highlighted by the red-tinted box. The 1-hour chart displayed above highlighted the price’s sharp rejection from $14.01 to $13.33 on 15 November.

However, a lower timeframe level of support at $13.45 was defended. The RSI also stayed above neutral 50 to show that bullish momentum had a toehold in the fight. The A/D indicator has made higher lows in the past couple of days, during the time when AVAX rallied from $12.03 to $14.

Until this bearish order block was broken and flipped to a bullish breaker, a near-term buying opportunity might not arise. The higher timeframe structure discouraged long positions, but a revisit to $13.45 and $12.86 could offer opportunities to scalpers.

A bullish retest of the $14.06 horizontal level could herald a move higher, with the next significant levels of resistance being $14.8 and $15.5.

The trend has been strongly downward in the past week. Meanwhile, Open Interest has also been in decline. This suggested that short positions did not get an opportunity to build during the run downward.

Meanwhile, over the past two days, the OI only slightly climbed higher. Combined with the price action, the inference was that long positions might have been attempted, but the rejection at the $14 area discouraged the bulls.

Therefore, unless this order block was beaten and $14.06 flipped to support, a short-term uptrend might not materialize. Bulls can look to bid near the $12 mark, hoping for a strong bounce back toward the $14 level.

New oracle on Cardano: An interview with Charli3 CMO and CTO