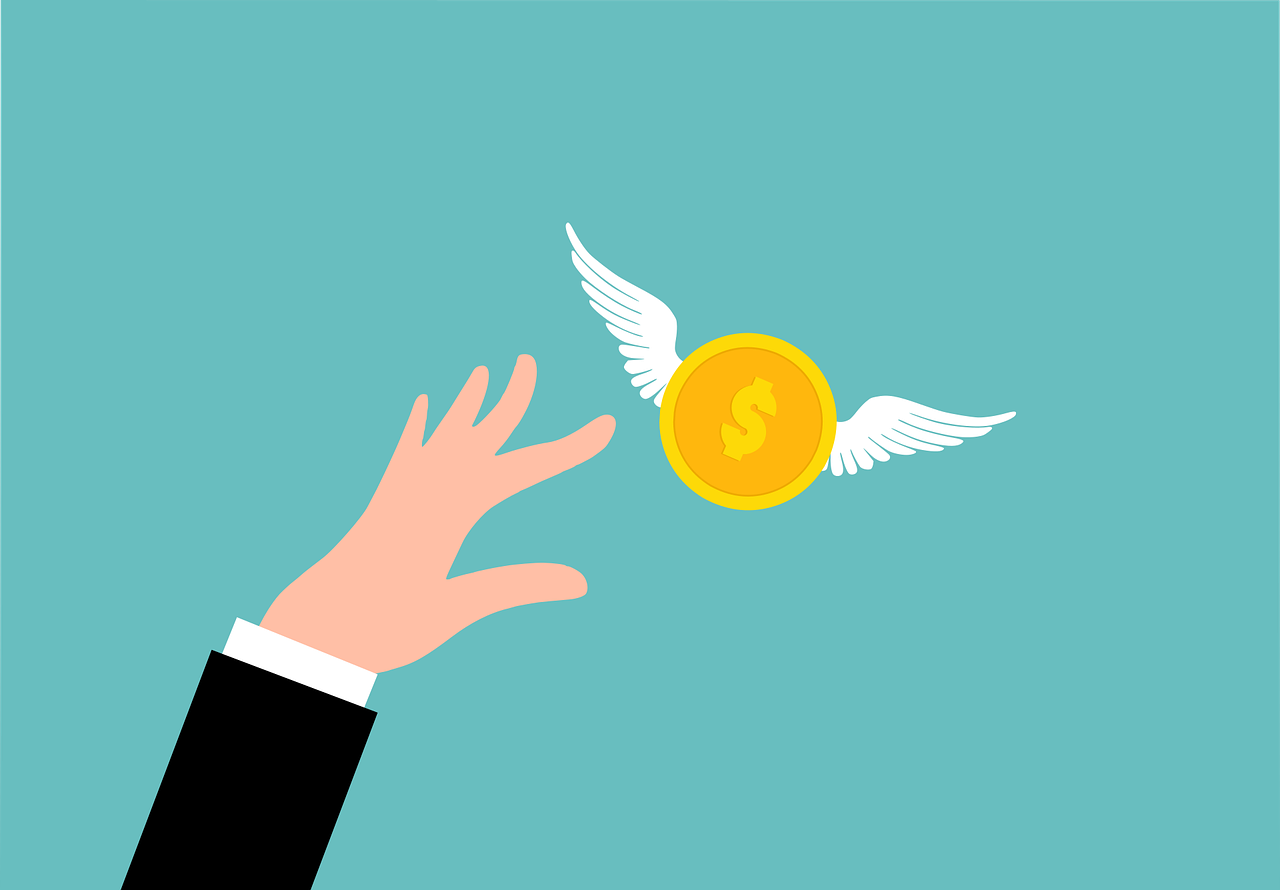 The tenth-largest cryptocurrency by market cap has been having a really good week. In the past week alone, Avalanche has rallied over 20-25% reaching a total market cap close to $23 billion according to CoinMarketCap at press time. Even in the last 24 hours it has jumped by nearly 10%. That is raising a lot of eyebrows. And, it also raises the question if AVAX is going to be a profitable buy in the future?

Technically speaking, it can be agreed that AVAX is seeing a broader bearishness on the price charts, with the price stuck in a descending triangle. Interestingly, AVAX showed an impressive recovery from 15 March. However, it is still within the broader descending triangle. Thus, suggesting that this might just be a neat little bull trap. 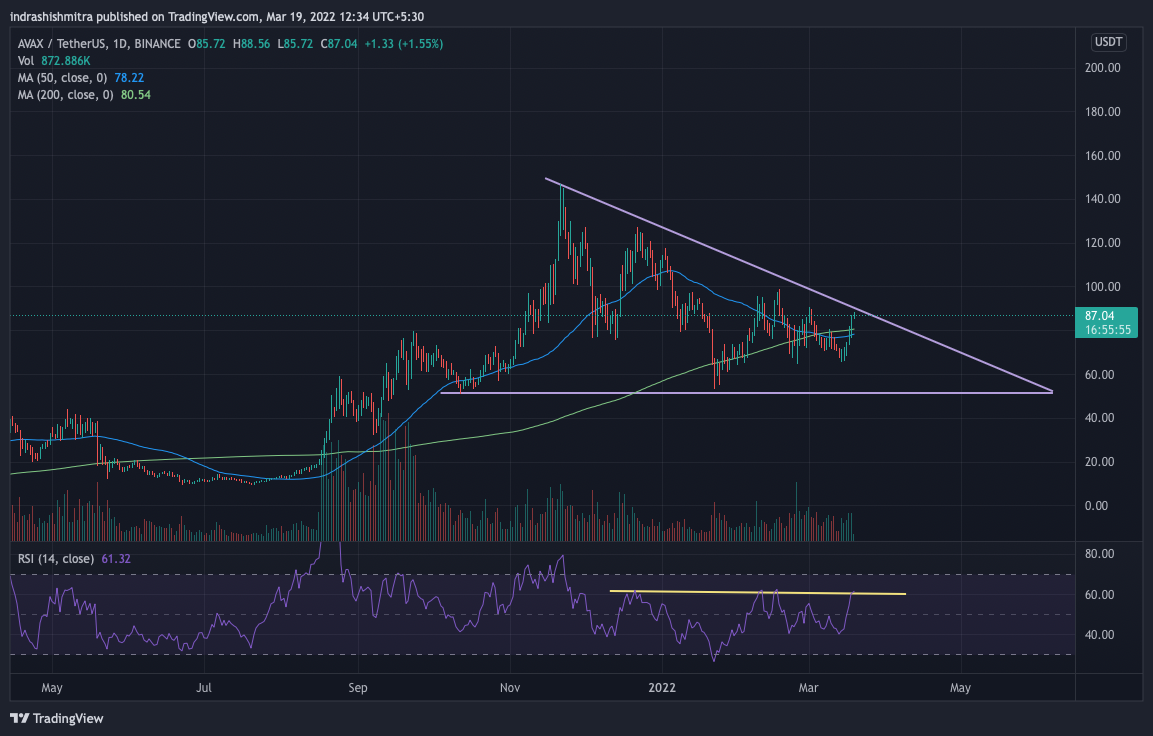 A closer look at AVAX’s past rallies and the subsequent dips since November 2021 and the RSI from the same timeframe shows a striking correlation. Prices have been creating lower highs, thus creating the descending triangle – and each of those minor rallies got stuck at 60-65 levels on the RSI (yellow line).

Based on that precedent, with RSI’s current value at 61 – it can be expected to dip very soon. On-chain metrics for this particular coin are throwing out mixed signals. According to data from Messari, marketcap dominance for Avalanche saw a major spike recently, boding well for the short term. It topped out all the other rallies from before. Thereby, suggesting some strength in the market going forward. 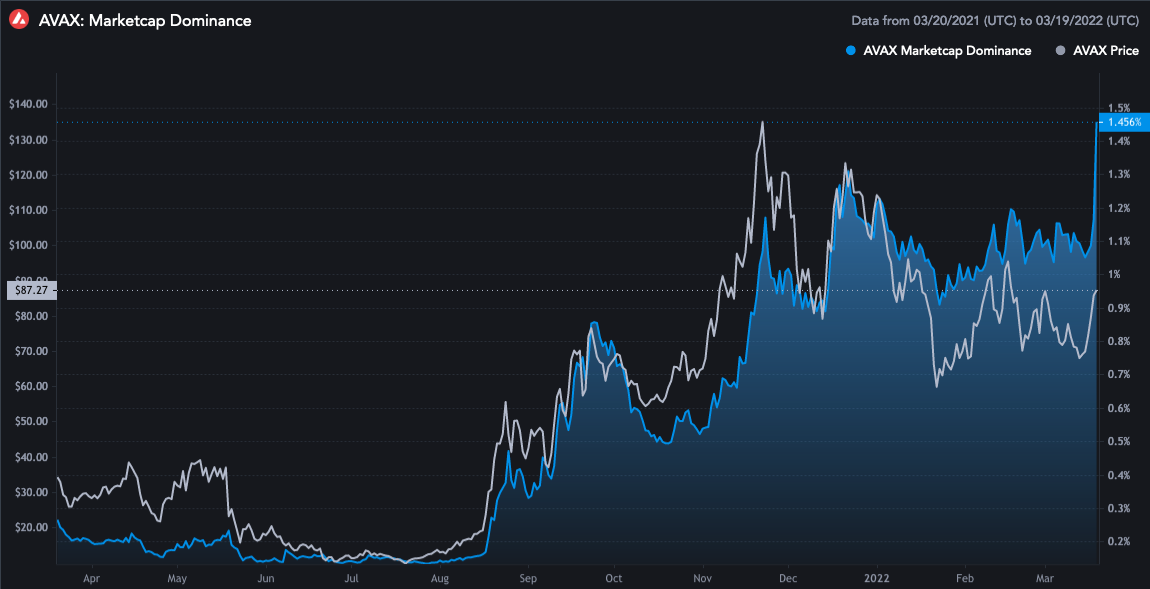 Furthermore, data from Avascan.info shows burning fees of AVAX has been rising steadily which is a positive sign. Burning tokens removes them permanently from the circulating supply and, in effect, makes the underlying asset deflationary.

This happens primarily because it directly affects the demand and supply dynamics of the coin.

However despite that, a few other indications suggest AVAX isn’t yet in a position to go long. AVAX’s Sharpe ratio has been dipping for the past few months and is currently hovering around 0.73. In fact, it had even touched -6 towards the end of January – this clearly states that long positions at these levels can be deadly. 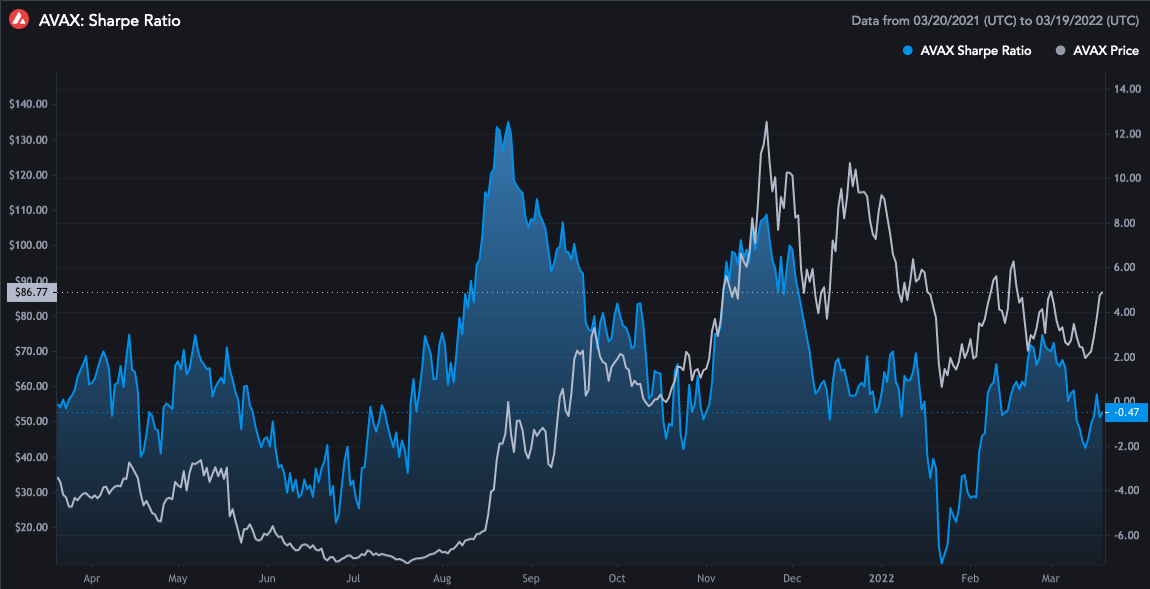 Along with that, data from Santiment also shows AVAX’s developmental activity has been stagnating for a while too which isn’t a healthy sign for the immediate future price action of the coin.

So overall, AVAX despite showing a lot of promise has fallen to the poor sentiments of the broader market that began back in December last year and is still continuing. So all points considered, this could be a possible bull trap and long traders might consider staying away from this coin for the time being.

SEC vs. Ripple: Reasons why defendant’s motion should be denied as per the SEC