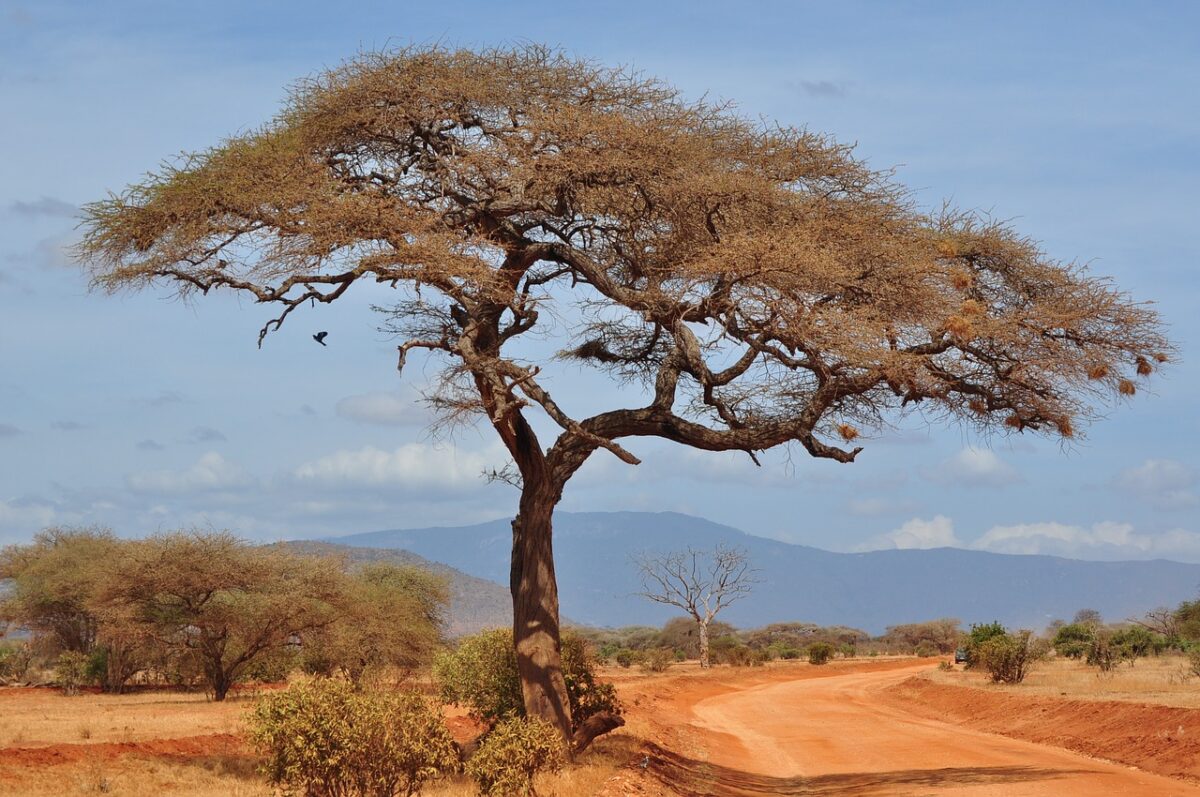 Avalanche had been in steady decline from $104 to $80 last week, but in recent days it appeared to have formed a range. After a period of strong selling pressure since December, this range was a welcome sight as it indicated the possibility of an accumulation phase on lower timeframes. Bitcoin also appeared to slowly climb back above the $40.5k support, and this could see Avalanche perform well over the next few days. 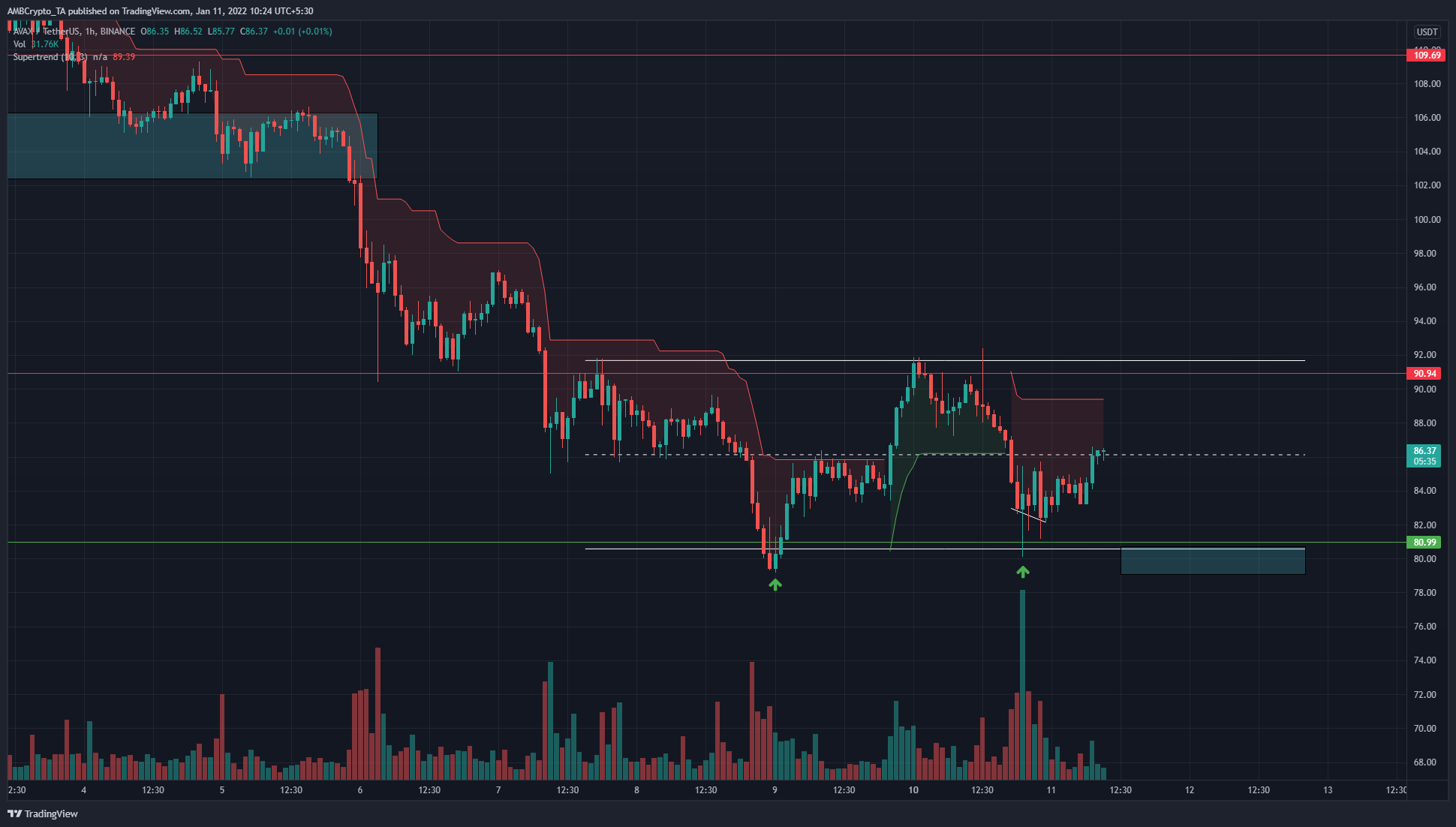 The triple tap structure is one where the price establishes a range and sees a deviation (first green arrow) which quickly reverses. AVAX appeared to display this structure on its charts.

On the second tap, the deviation was not an area where the hourly session could close at. However, it has been made clear that buyers were willing to bid a dip to that area. Hence, the cyan box, which was the $80 area, has been demarcated as a demand zone.

It was expected that AVAX would sweep these lows once more, and possibly fall to $77 or thereabouts, in search of liquidity. Such a move would hunt long positions with tight stop-losses and also encourage bears to open short positions, misled by the apparent failure of the range lows to hold. This can be referred to as engineered liquidity.

Once done, the price would then reverse, seeking the range highs to repeat a similar story there as well. 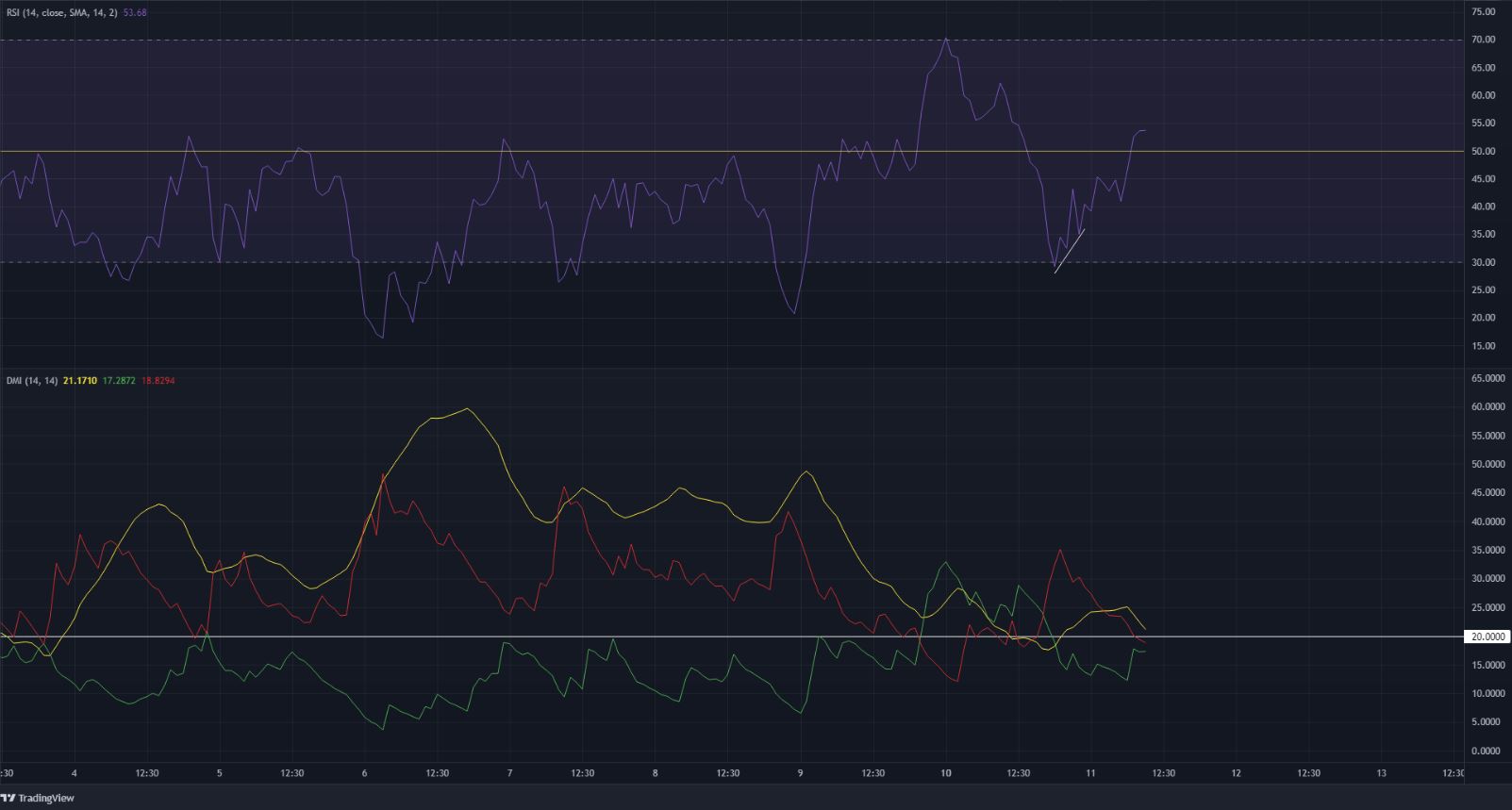 The RSI formed a bullish divergence over the past 24 hours as the RSI formed higher lows while the price printed lower lows on session close. This divergence was followed by a bounce in price.

The Directional Movement Indicator was inconclusive with regard to the presence of a strong trend. This was a result of the price oscillating between $80 and $91. Since the price was at mid-range, the DMI showed that a strong trend was not present.

The range lows and range highs presented good buying and selling opportunities on the hourly timeframe. The price would have to close a session above or below these levels and retest them as support or resistance in order to present a break out from the range.