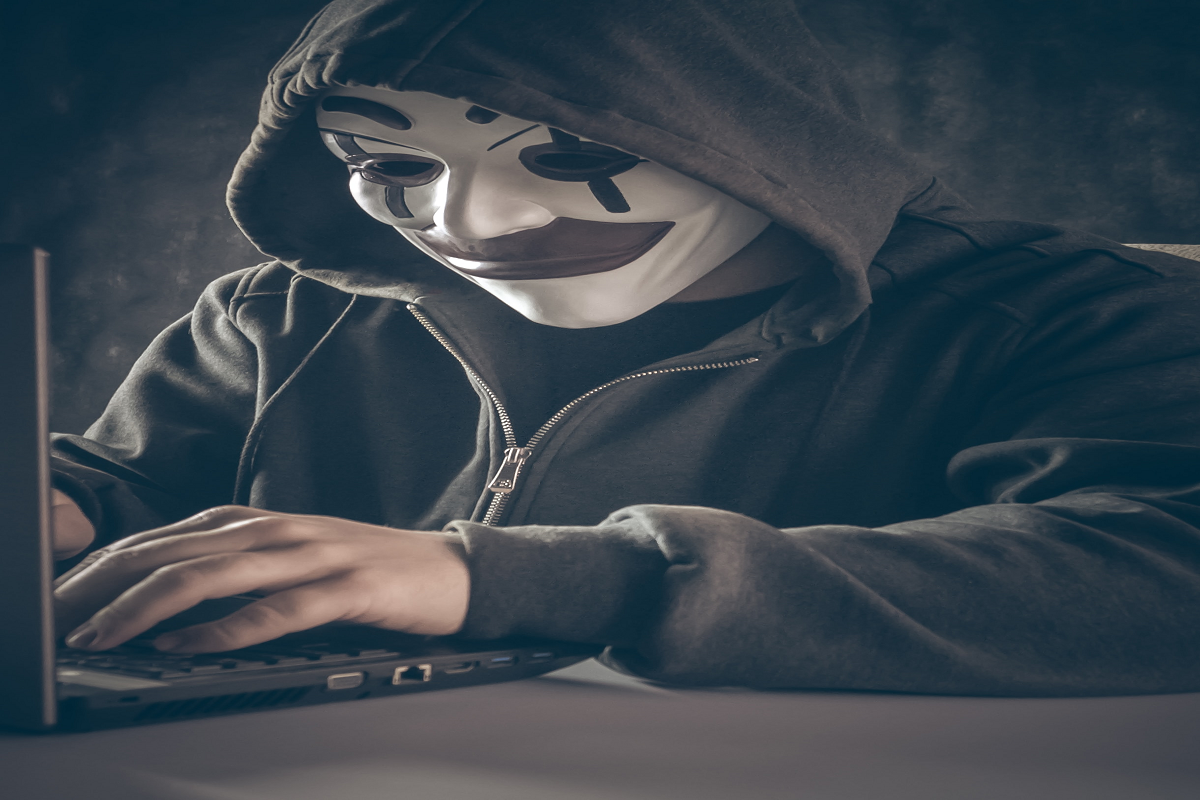 Earlier this month, Ronin, the Ethereum Sidechain that hosts the popular play-to-earn blockchain game Axie Infinity was hit by hackers. The hack was deemed to be one of the biggest hacks in crypto history totaling $622 million in crypto. Last week, Binance reported that it recovered $5.8m of the stolen $622 million. Similarly, the U.S Treasury included in its Sanctions List, the Ethereum Wallet belonging to the Lazarus Group (the attacker).

However, in the face of growing sanctions, the Lazarus Group continues to intensify efforts to launder the stolen funds. How has the Axie Infinity token, AXS fared in light of all this?

Before the hit of 4 April, the AXS token recorded a high of $74.68 on 2 April. However following the hack, a bloodbath ensued causing a sharp decline in the value of the token. Price of the AXS Token fell from $63.49 on 4 April to $42.43 at the time of the writing. This represented a near 33% decline.

Similarly, the coin have shed over 40% of its market capitalization. It market cap declined from  $4.55 billion recorded at the beginning of April to $2.57 billion noted on price charts at the time of this writing.

Further, a look at the MACD for the token presented increased distribution from 4 April. This represented an indication that gamers and investors alike exited their positions to take profit following the hack. This was confirmed by the RSI which stood at 31.54 at the time of this press. Recording a high of 62 as at 3 April, it has since been on a downward trend, maintaining a position below the neutral level.

Also, a look at the Money Flow Index (MFI) following the hack suggested increased outflow of money from the AXS Token. However after hitting a low of 14 on its MFI, it appeared to have taken on an uptrend.

The possibility for an upward movement presented by the Descending Triangle observed was eliminated as the price broke the triangle and continued downwards. 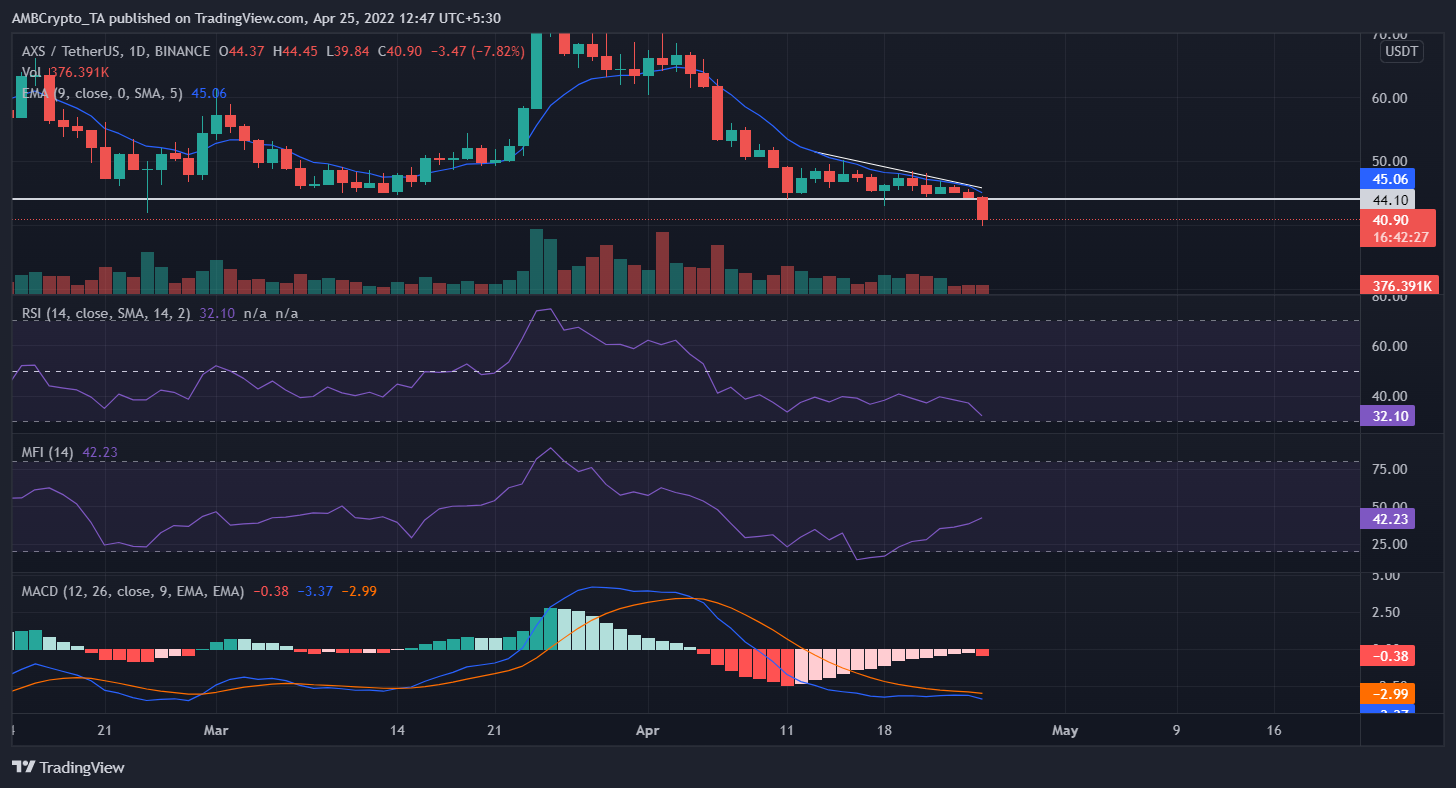 A Look Away From Price Charts

A look at on-chain data showed a slight uptick in the that the Social Dominance of the token. It rose by a mere 2% from 0.121% recorded on 4 April to 0.124% at the time of this press. The Social Volume on the other hand adopted a fluctuating trend, recording a high on 19 April but currently it at a value one-tenth of its high.

Therefore this can be taken as a cautionary tale. As the industry continues to grow, stakeholders need to be more cautious as more scams and hacks continue to be perpetrated.

Despite founder’s conviction, why WAVES may be waving good-bye to a rally