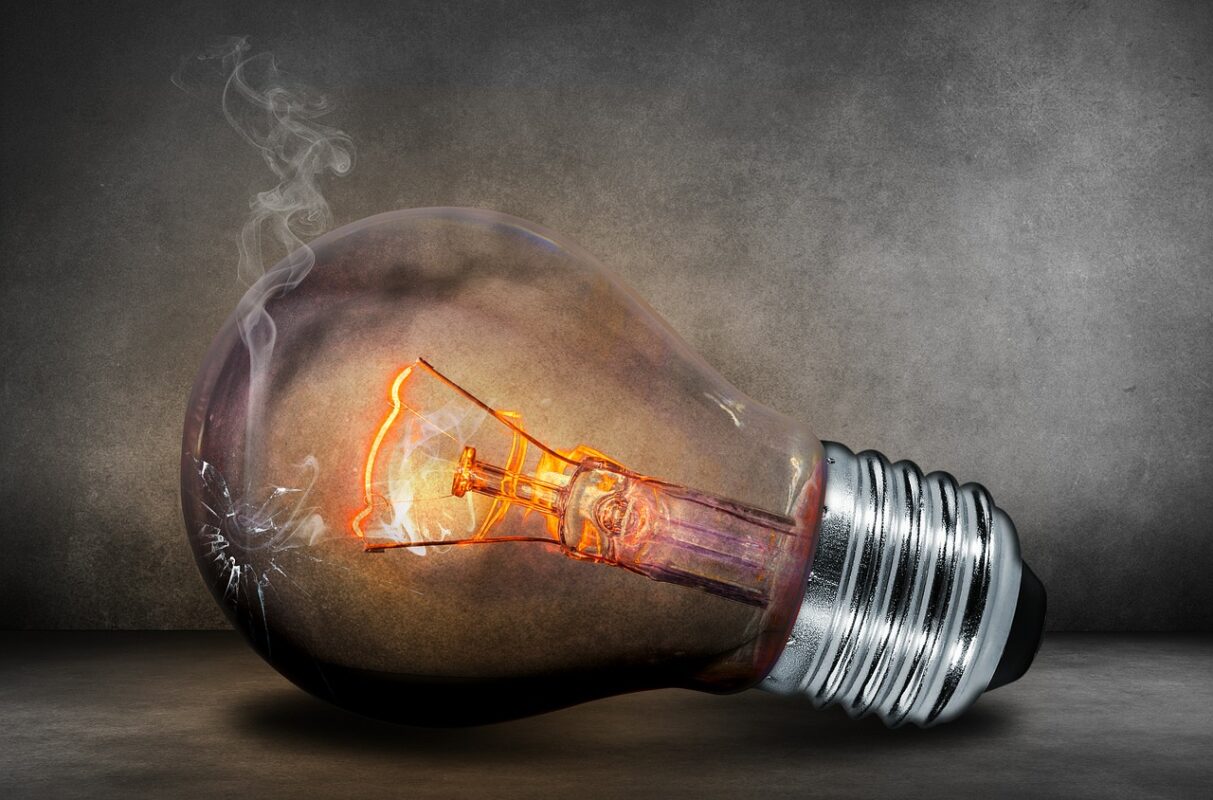 The sentiment behind Axie Infinity has gone to a whole new level in the past few days. Smooth Love Potion is a token used to breed Axies within Axie Infinity, and the token saw a sharp jump in prices in recent days. Alongside, the number of active addresses was also rising. The past 24 hours have seen a near 60% hike in Open Interest according to Coinglass, which meant market participants had entered the market en masse. 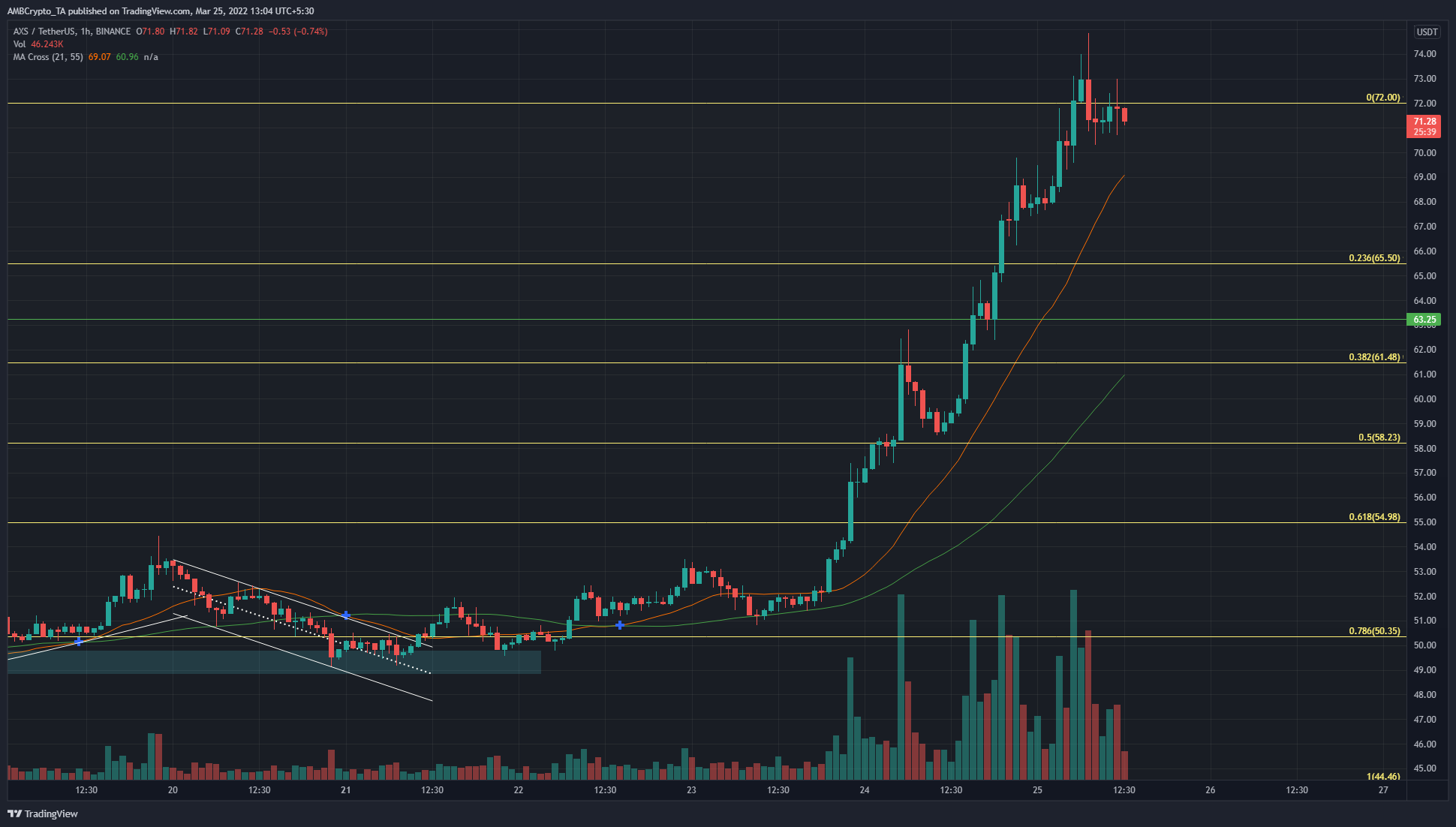 Technically, the rise of AXS began when the $49 area (cyan box) was flipped to a demand region. The Fibonacci retracement levels were drawn based on AXS’ move in January from $44.46 to $72, and it had its 78.6% retracement level at $50.35 which was extra confluence with a demand zone.

In the past few days, the price has absolutely run amok. The 21 and 55 period moving averages were unable to keep up with the rapid advance. The longer-term market structure had a bullish bias when the price advanced past $49 in mid-March, and that bias was all the more evident now.

Was AXS overextended? Possibly, and in the next week or two, a retest of $63-$68 in search of demand could be a buying opportunity. In the near term, a pullback from the $72 level appeared likely. 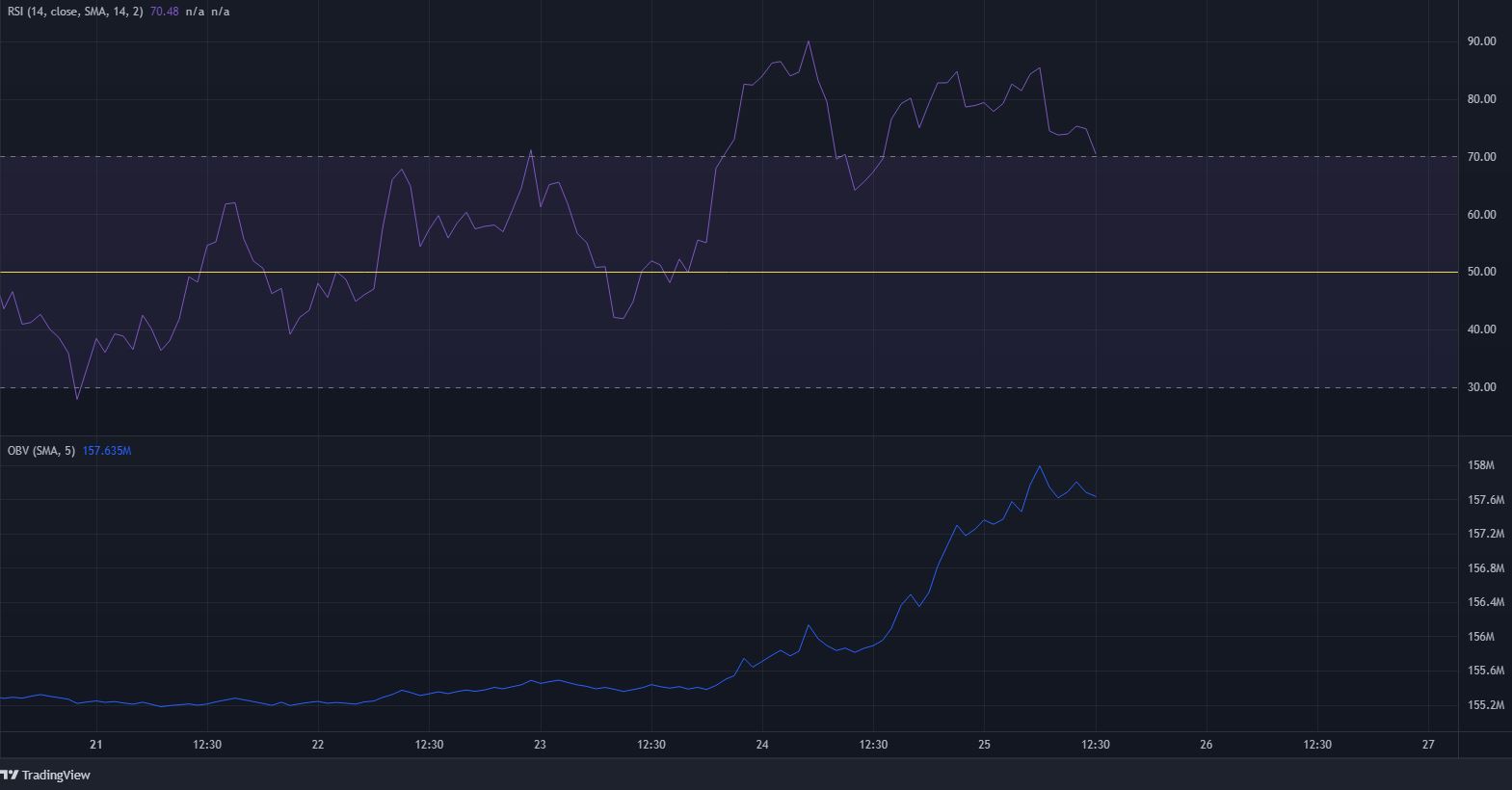 The RSI has been receding even as the price pushed higher toward $72, and this saw a bearish divergence develop on the hourly timeframe. However, a pullback might not be imminent. The moving averages showed extreme bullish momentum, and the OBV also reflected heavy buying volume.

In the next few days, the $68, $65.05, and $63.25 could be tested as support. Such a retest could be evaluated as a buying opportunity. Bitcoin also had a bullish bias toward it as it advanced toward the $45k-$46k region. A BTC rejection could see AXS pullback, but both AXS and the king looked like they could cool off over the weekend and push higher next week. Further north, $75.9 and $79 are likely to act as resistance.