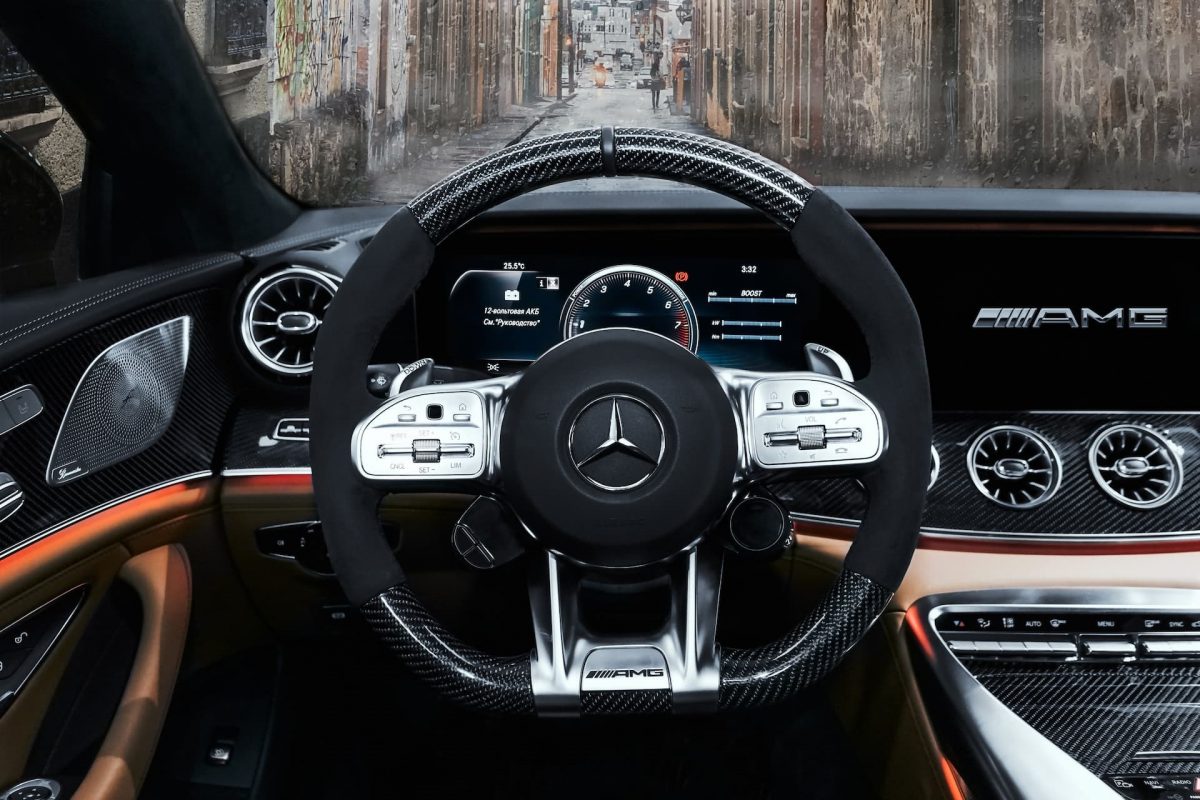 Axie Infinity [AXS] was an unexpected “table-topper” as LunarCrush reported it to be the most socially active token as of 25 October. According to the social intelligence platform, AXS was the first out of 3,953 coins in the crypto market.

The #axieinfinity community is very socially active today as $axs bounces off its bear market lows.

Axie Infinity has hit an AlternativeRank™ of 1 out of the top 3,953 coins across the market.

A look at LunarCrush data showed it was like a triple win for AXS which had been burdened with suffering the effects of the bear market.

With all of these happening at the same time, it was evident that many investors were interested in AXS of late.

Interestingly, this increased retail interest comes just two days after Ethereum [ETH] whales had eyes on it. However, the circumstances seemed to be different.

During the whale accumulation, the AXS price decreased. Now that retail was on its watch, CoinMarketCap disclosed a 4% increase. At press time, AXS was trading at $8.99.

A halt on the selling spree?

Considering the increasing price, CryptoQuant revealed that AXS was experiencing decreased selling pressure. Comprehensive data from the on-chain data provider showed that the seven-day mean exchange outflow had increased to 2,422.32.

This implied that AXS investors who withdrew a lot of their holdings to sell had substantially reduced. 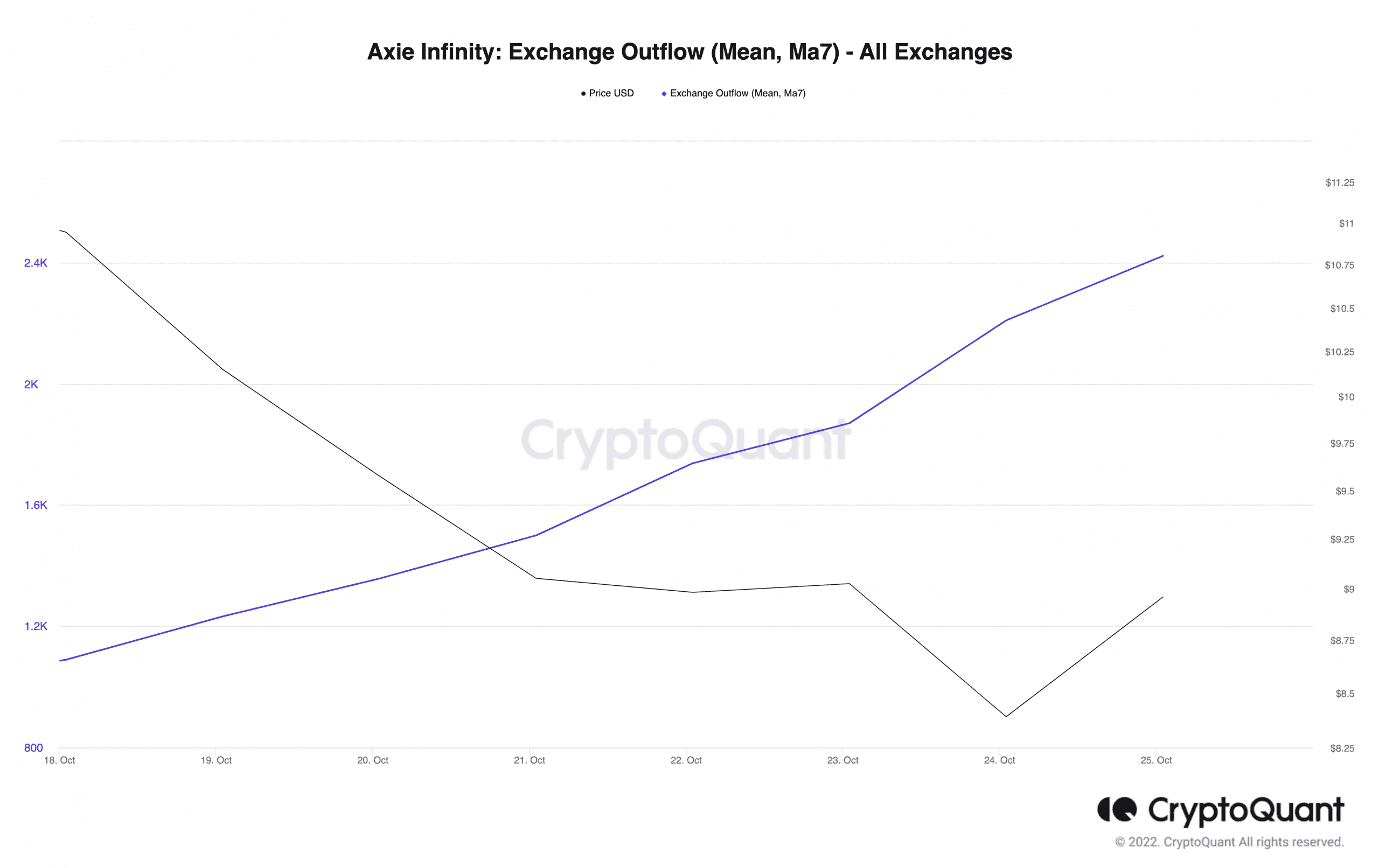 Despite the selling pressure hold, the AXS buying pressure did not automatically trigger. This was because CryptoQuant revealed that the exchange inflow had also matched the outflow.

At press time, the AXS exchange inflow was 614,654. This was a further increase from its level on 24 October. The implication of the increase was that there was possibly high volatility with increased selling pressure. With the inflow and outflow in conflicting views, it was within reach that AXS could trade sideways soon. 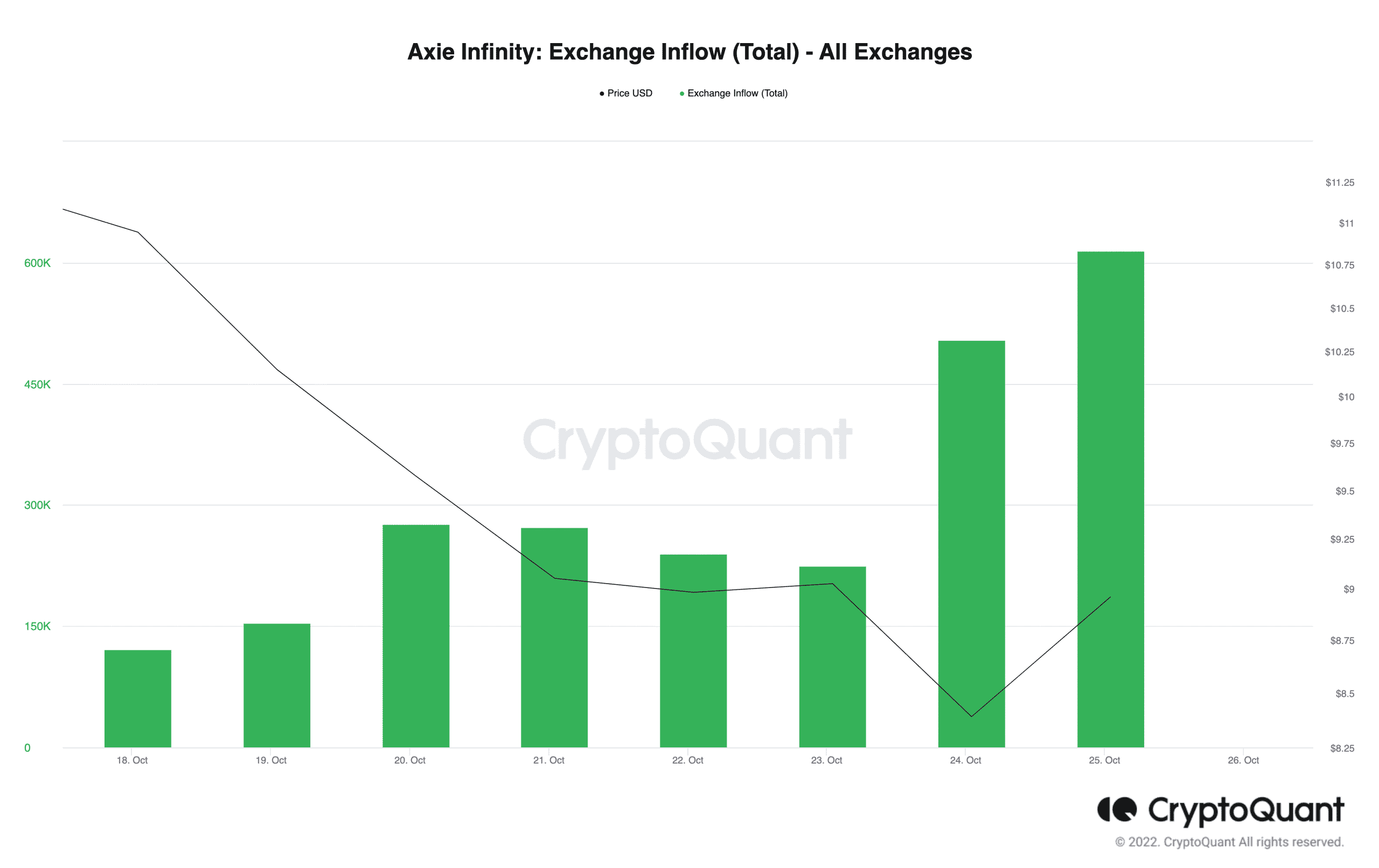 The state of things

So, it was not a case of conversations and nothing to show for it. In addition, it seemed that these addresses had also benefited from AXS since the social metrics increase began.

On looking at the daily transaction volume in profit, Santiment showed that about 2.71 million AXS addresses had gained. This was a grand increase from the stagnancy experienced on 22 and 23 October.

In all of these, AXS investors can find satisfaction in the fact that there was some respite. However, how long the recovery would hold for is something that was not certain.

XLM is poised for another leg downward, but buyers can benefit here