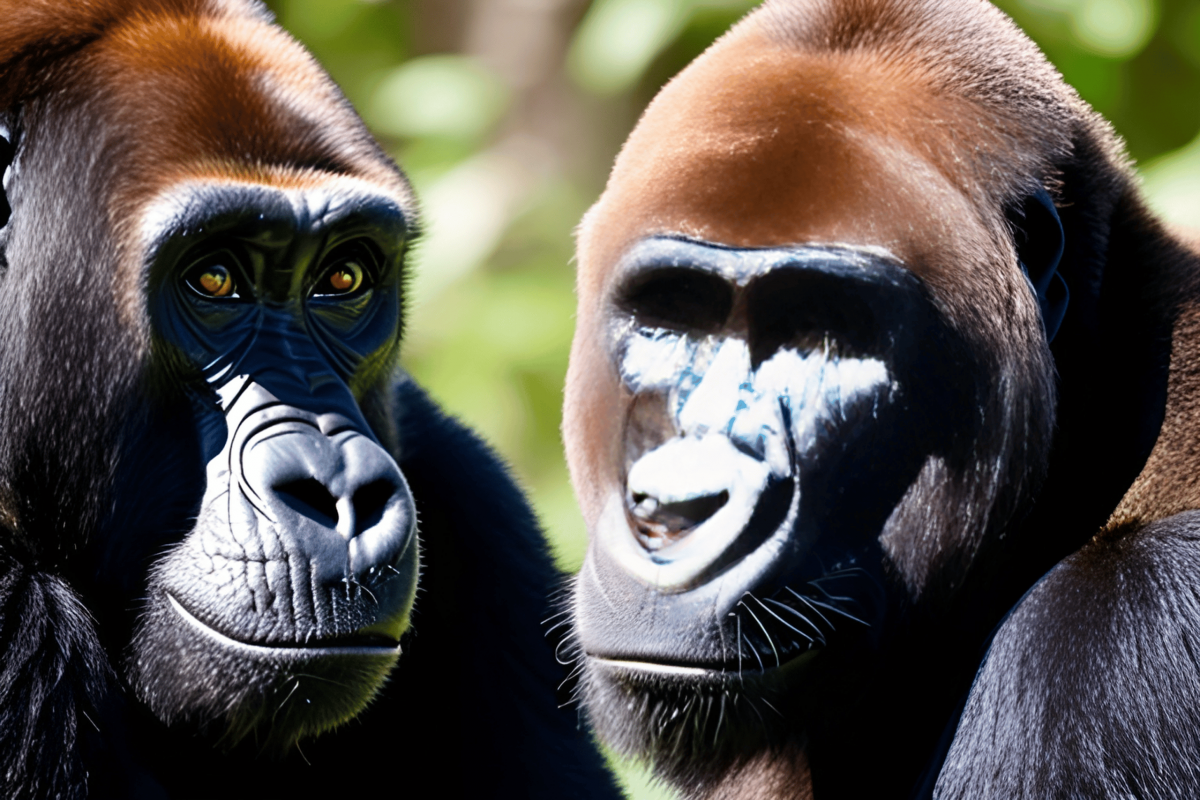 In a recent development, it was discovered that holders of the Bored Ape Yacht Club [BAYC] were profitable over the last few months. The NFT asset outperformed many others in the crypto space, despite the turbulence of the industry’s markets.

A Bored Ape is now less than 50% of the total value of all the NFTs and coins each BAYC has received since mint. pic.twitter.com/xWjcDXMchK

Realistic or not, here’s APE’s marketcap in BTC’s terms

BAYC to the moon? 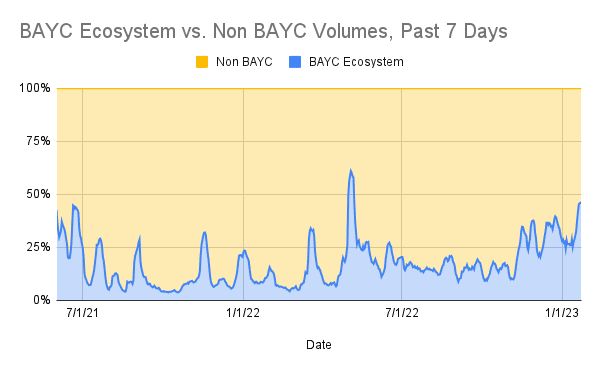 Additionally, the TVL collected by staking BAYC also increased, according to data provided by Dune Analytics. This was a positive sign for the network’s growth and adoption. However, the APY generated by staking this asset declined materially, which could be a cause for concern for investors. 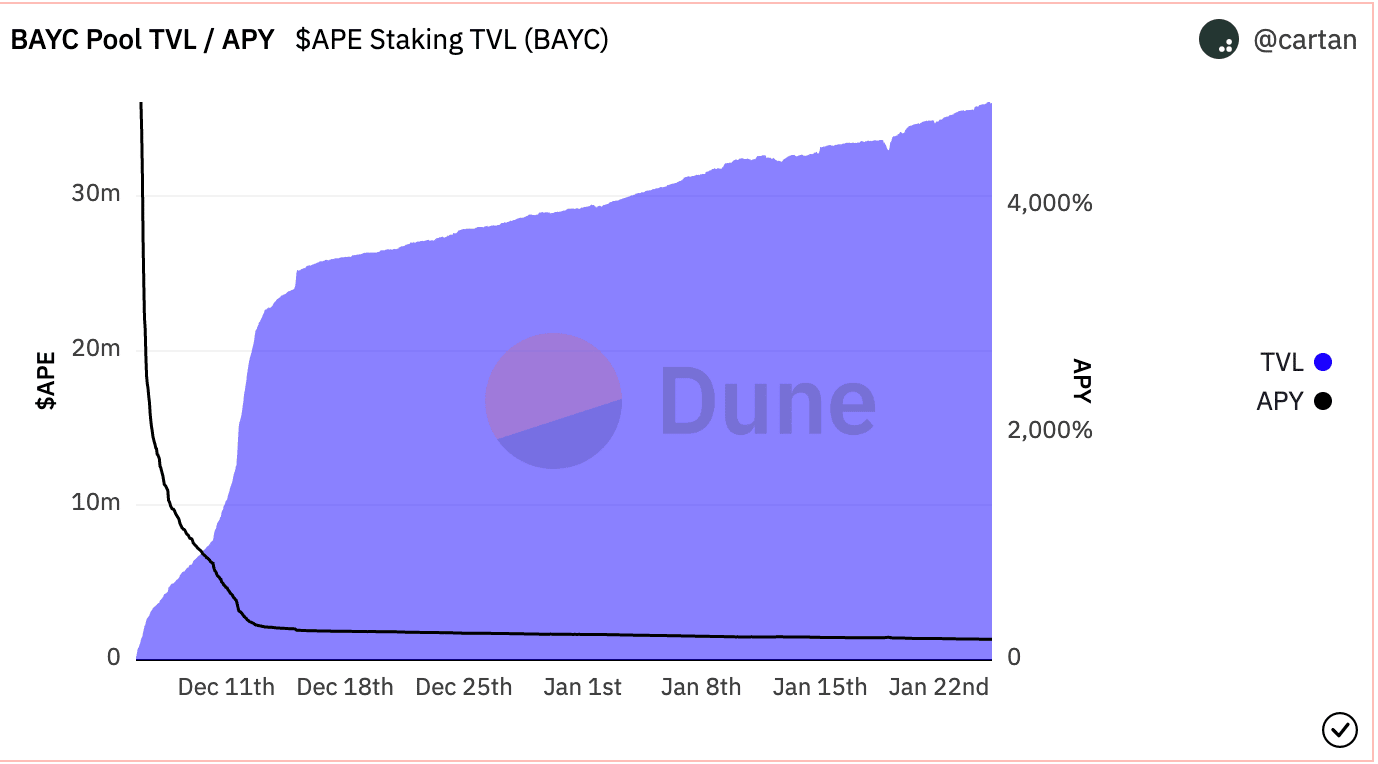 Moreover, sales for BAYC also surged with a 140% increase over the last 24 hours, according to Dapp Radar. This is a positive sign for the NFT collection’s future growth and profitability.

The average price for Mutant Ape Yacht Club [MAYC] also grew along with the number of holders holding the NFT collection. Its price grew by 14.30% in the last month, according to NFTGO. 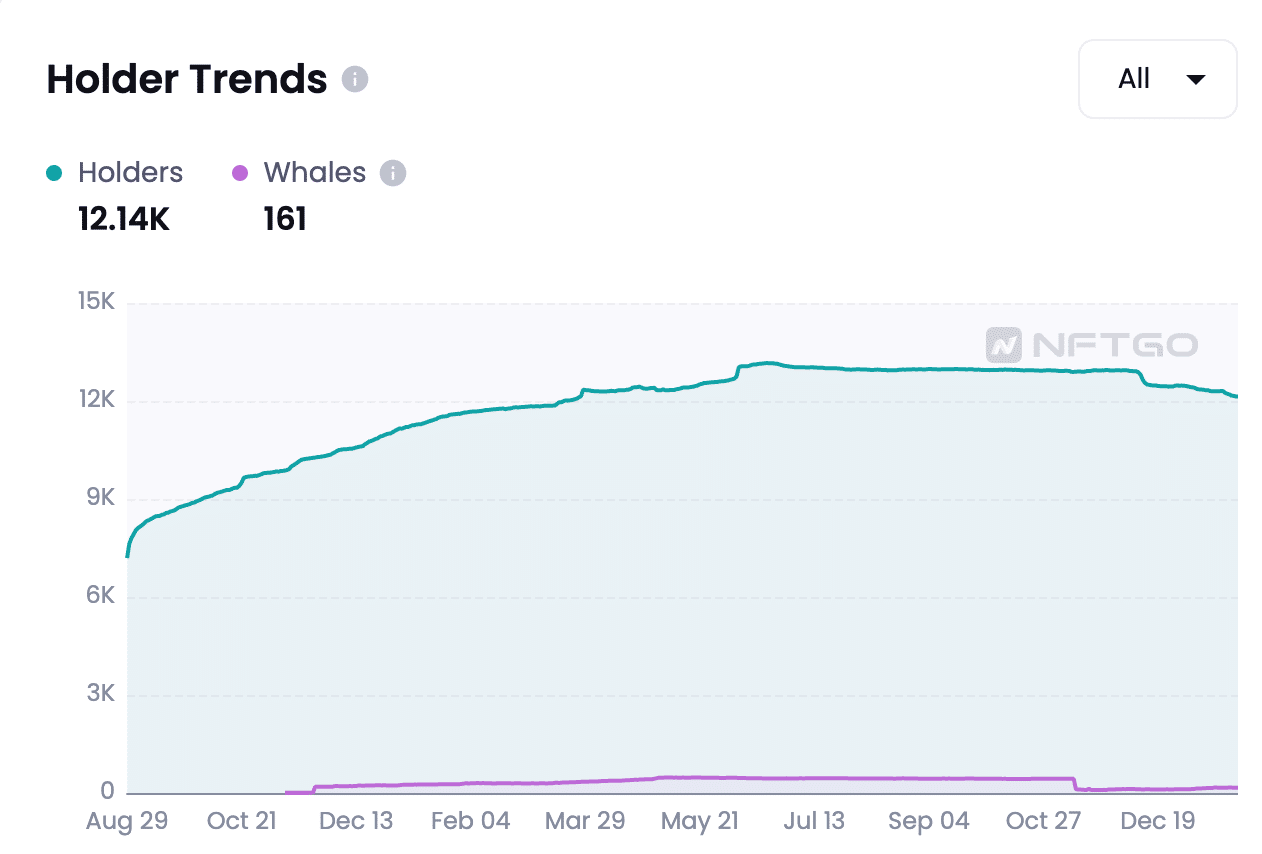 Is your portfolio green? Check out the ApeCoin Profit Calculator

Most NFT collections in the BAYC cohort witnessed interest from the crypto space over the last month. This interest in the collection impacted its native token, APE, positively.

According to data provided by Santiment, there was a spike in ApeCoin’s activity. Its price increased along with daily active addresses.

However, the network growth of ApeCoin declined. This suggested that the number of times new addresses transferred APE for the first time decreased over the last few days.

At the time of writing, the price of APE was $5.55 after decreasing by 3.59% in the last 24 hours, according to CoinMarketCap.