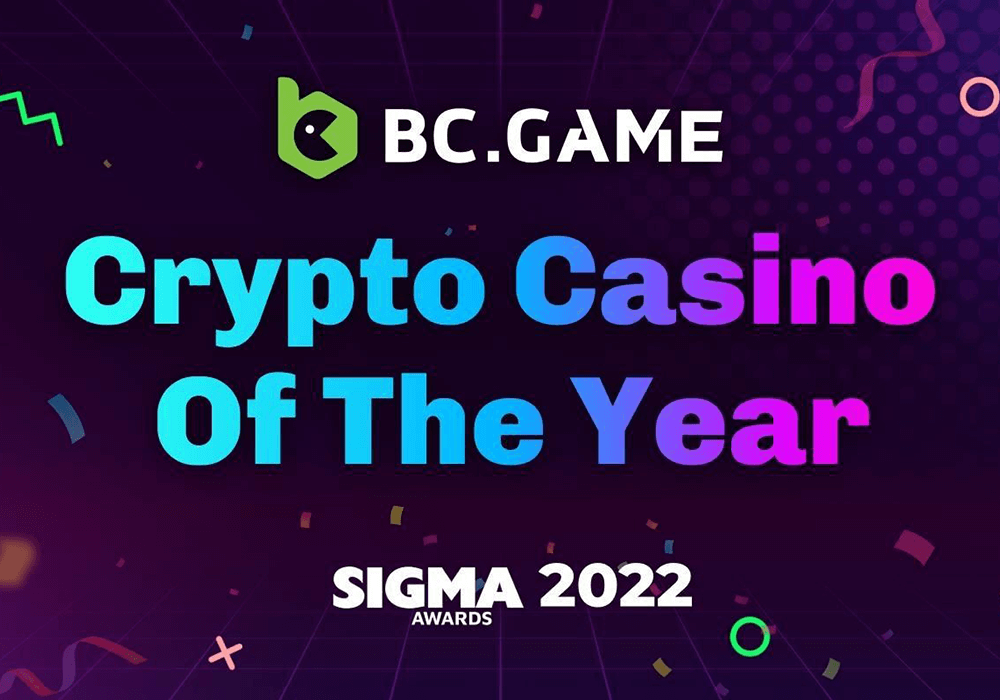 This is by far the most historic moment for BC.Game, which is pleased to announce that they have won the Crypto Casino of the Year Sigma Award in Curaçao in June 2022. Every year, the most deserving online casino platform receives the prestigious Sigma Award.

Aside from this award, Sigma also holds events in many places around the world, such as in America, Europe, Asia, and Africa. Sigma America was hosted between 6 – 9 June, bringing together the industry’s most innovative minds.

Last year, True Flip held the crown, but it has been handed over to BC.Game this year. The new title holder is currently revolutionizing both the casino industry and the blockchain space at the same time.

Even though it’s almost the halfway point of the year, BC.Game has already won another award. This time, the second award is for the AIBC Blockchain Gaming Platform of the Year.

After the awards were given out, Steven, Co-founder of BC.Game, expressed his gratitude to the team for receiving such a significant distinction. “We’re glad to receive the Crypto Casino of The Year award, and we can’t wait for many years to come for us to prove that we’re doing our best to give our players an exceptional experience.”

There is no doubt that 2022 is going to be BC.Game’s year, as they have shown their ability to be trusted in this business since 2017. The casino’s primary objective has always been to give its customers the greatest gaming experience possible. BC.Game places a high value on interactivity among its players, forming a kind of online gambling social network in the process.

In order to enhance the gaming experience for its customers, the casino platform has been collaborating with a variety of game developers and cryptocurrency issuers. Slots, roulettes, sports betting, and more can be found on the site.

Around 2,000 slot machines, 200+ live casino games, 20 scratch cards, and 19 in-house games, such as Crash, are available to players, along with a selection of over 59 cryptocurrencies they may pay with. BTC, ETH, BNB, DOGE, BANANO, AMPL, and YFI are among the most well-known, but there are also some rarities in there. BC.Game is owned by BlockDance B.V. and has been operating under the Curaçao Interactive License (CIL) since August 2021.

Both on desktop and mobile, the platform’s interface is sleek and easy to use.

BC.Game can provide you with the most enjoyable experience. Play their games, and don’t forget to follow them on social media:

Litecoin [LTC] drops beneath range lows, could $50 be next