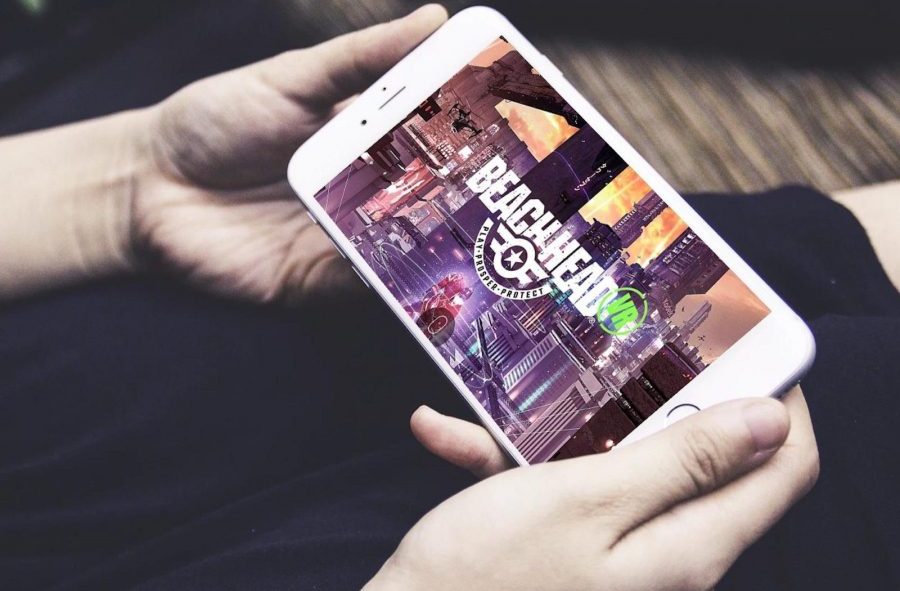 If you were a gaming enthusiast during the early noughties, then the chances are you’ll already have heard of BeachHead 2000. In case you missed it, then the game is an arcade-style first-person shooter where the player is a lone gunman deploying a range of high-powered weaponry to defend against invading forces. BeachHead 2000 was first released in 1999, and quickly amassed a cult following due to its addictive gameplay.

Now, BeachHead is back, with a slightly updated name but an entirely new vision. The creators of the game are developing a whole universe of gameplay, entertainment, and e-commerce based on the convergence of blockchain and VR technology. What’s more, it could be the just the formula to catapult a struggling VR market into the mainstream consciousness.

VR offers a wide range of applications that go beyond pure gaming. Using VR, you could watch your favorite musicians and sporting events playing live. You can visit museums and exhibitions around the globe. You could learn recreational skills like playing a musical instrument. Professional skills training like surgery or piloting an airplane can be done using VR. The best part is that you can do all this without even leaving your home, using a VR headset.

The problem is that VR headsets haven’t taken off in the same way that early investors and adopters had hoped. Only 4.65 million headsets were shipped by the major manufacturers in 2018. Forecasts remain positive, with the market projected to more than double this year, from $3.3 billion in 2018 to $6.8 billion in 2019.

The experts have indicated that adoption is dependent on two critical factors – headset price, and availability of content. Consumers will be understandably reluctant to invest in a headset until they know there is quality content available. However, like any new technology, it has taken some time for the price of headsets to come down. Currently, it’s possible to buy a standalone headset like the Oculus Go for around $250.

However, to justify even this expense, consumers will want to know there is content available. This is where BeachHead 2020 comes in. With an entire universe to explore, including the opportunity to earn in-game rewards and trade in digital assets, BeachHead 2020 is aiming to create a compelling use case for VR targeted at a wide range of users including gamers, shoppers and entertainment fans.

Within the virtual universe of BeachHead, users will have a broad variety of options available. The premise is around a city, where users can stake tokens for virtual land, which they can then build upon, creating virtual businesses just like in a real city. The BeachHead team has already started onboarding real-life businesses partners to work with them on creating the first virtual premises, which helps visualize how the virtual universe may unfold.

The Opera House of Valencia, Spain, is one of the first partners. In a virtual opera house within BeachHead, users could buy tickets for virtual shows which they can watch from their own homes. The Opera House itself can mint as many or as few tickets as it wishes, as it’s not constrained by seats in a physical building. The tickets themselves are digital assets on the blockchain, paid for in BeachHead tokens [BHT].

Other partners already on board include Mercedes Benz of Calabasas and Masala Boots footwear. For retailers, there is a dual opportunity. They can showcase their real-life merchandise to virtual users, alongside creating their own digital merchandise for sale within the BeachHead universe. This could be a virtual vehicle for getting around or virtual apparel for a user’s avatar.

Although these are existing businesses, there will be plenty of opportunities for users to start their own business selling virtual assets within BeachHead. For example, a user could open a standup comedy club and invite new comedians to play to paying customers.

As BeachHead is also a game, then the gameplay element comes in defending the city from invading forces. Users of BeachHead will be able to accrue tokens for successfully holding off attacks from “Musso Kahn and his Army of Death.”

BeachHead will be constructed on a dual-blockchain layer, comprising both Ethereum and Ripple technologies. Ethereum provides smart contract functionality, along with the ERC-721 token standard that allows users to create and trade unique, non-fungible digital assets. The Ripple layer serves as a trading and matching service, helping to connect users who have digital assets or cryptocurrency to exchange.

The creator of BeachHead 2020 is Pepe Moreno, the same creator as the original BeachHead 2000 game. Moreno has an impressive biography – author, artist, designer and gaming entrepreneur with more than 30 years of experience in art and entertainment media. Alongside game design, Moreno has been involved in digital publishing as the creator of the first ever digital graphic novel called Batman: Digital Justice.

Developing the blockchain platforms for BeachHead, Moreno is joined by CTO Alexis Sirkia. Sirkia started his career in the European Space Center, working on military and avionic computer systems. Since then, he has been involved with various cryptocurrency and blockchain ventures, including Momentum Protocol and Yellow.com.

BeachHead is still under development with a token sale announcement expected later this year. For further information and updates, you can follow along on Telegram, or check out the concept videos on YouTube.